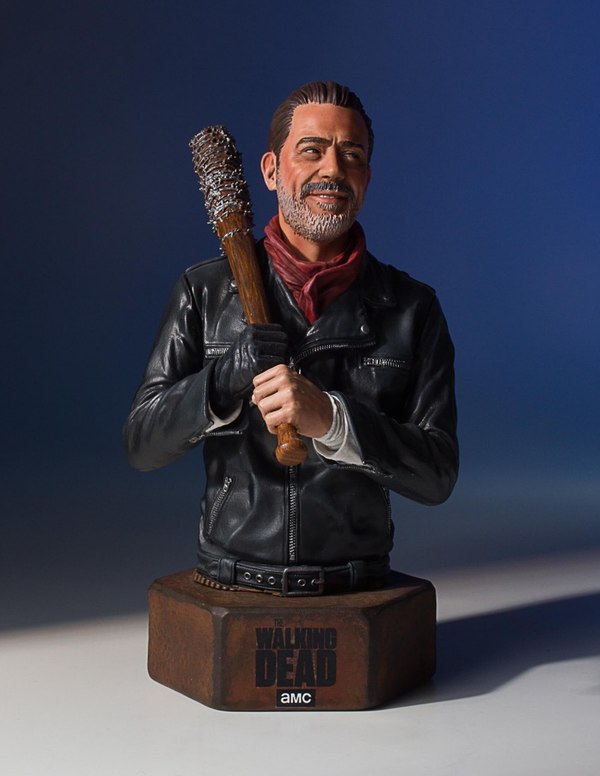 Television’s man you love to hate is coming out swinging! Negan is a charismatic, totalitarian ruler with an iron fist in the form of a baseball bat named Lucille. He knows exactly how to make an introduction, establish his rule, and widen his scope of control and dominance. There are no hidden secrets – you follow his rules, you live; you don’t follow his rules, you die. He is a man of his word. Take this bust home… like a champ! Designed, modeled and prototyped using top of the line 3D technology, this collectible mini bust is hand-cast, hand-painted and hand-numbered with a limited edition certificate of authenticity. 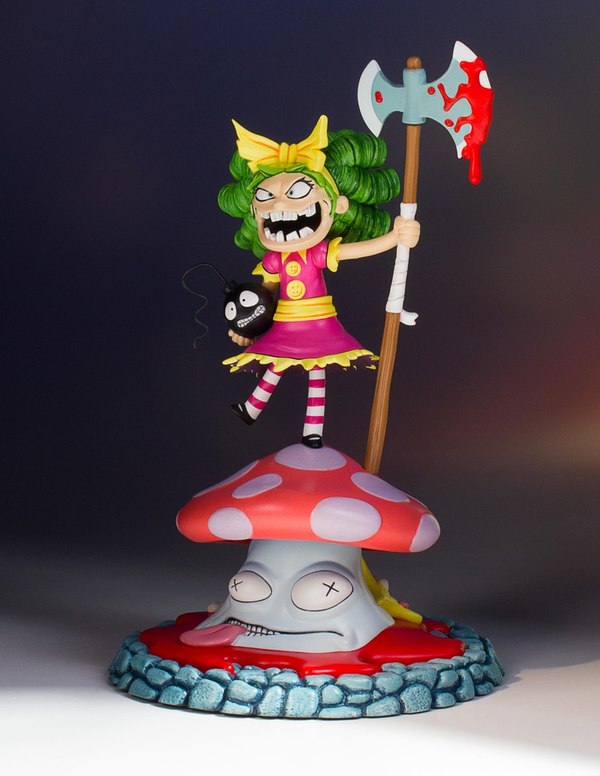 Life is hard when you are 6 years old… and even harder when you have been trapped in Fairlyland for almost 30 years and your mind and emotions grow but your body does not. That is exactly what happened to Gertude, the main character in Skottie Young’s I Hate Fairyland from Image Comics and it’s made her a little…unhinged. No one in Fairyland or on your collectibles shelf will be safe from Queen Gert when she comes to reign. Gert stands triumphant atop a defeated mushroom with a bomb in one hand and her bloody axe in the other. As you look into her eyes, there is no question as to how she feels about being stranded in Fairyland. This statue is based on an original sketch by Skottie Young, created specifically for this piece. This limited edition statue will come hand numbered with a certificate of authenticity.
Image 1 of 2