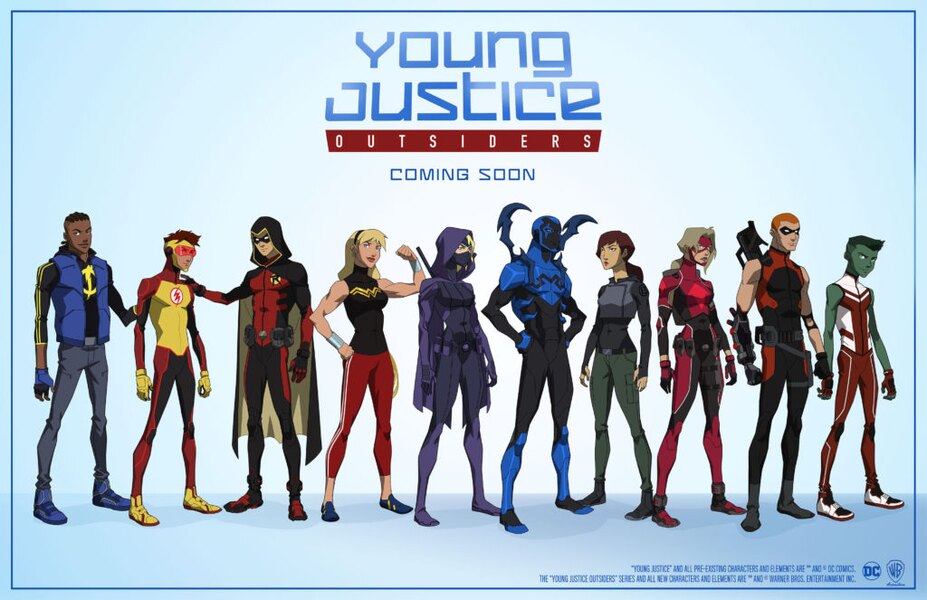 Fans at Comic-Con were treated to an inside look at Young Justice: Outsiders — the highly anticipated third season of the popular Young Justice series — during the show’s panel on Friday, July 21, 2017, at the world’s largest pop culture convention.

Producers Greg Weisman and Brandon Vietti, along with art director Phil Bourassa, debuted new looks for the DC Super Heroes, and they also revealed that a new character, Thirteen, will be joining the Young Justice universe.

Young Justice: Outsiders will be coming soon to the DC-branded digital service. The series is produced by Warner Bros. Animation. Sam Register is executive producer.