Iron Studios
by Jay Cochran
October 19, 2020
With open arms and closed eyes, with his long green hair dyed and an introspective smile on his made-up face, a psychedelic figure dances down the steps of a polluted city of Gotham, wearing a flashy burgundy suit, with a yellow vest and a green printed shirt.

On a base in the form of a stone staircase, with a metal handrail to its right, the figure of the murderous clown, as described on the dirty and worn sheet of paper from the Gotham Examiner tabloid, which adorns the back of the base, poses as in a frantic dance stomping and kicking puddles. Emulating a distorted version of Gene Kelly, from the classic “Singin ‘in the Rain”, this scenario is inspired by the punctual scene of the film that symbolizes his fall and total transformation into Joker, the Prince Clown do Crime, filmed in a real New York location that became a tourist spot. The figure also has two pairs of interchangeable arms to change its pose. You can pre-order this statue from our sponsor BigBadToyStore.com.
Image 1 of 13 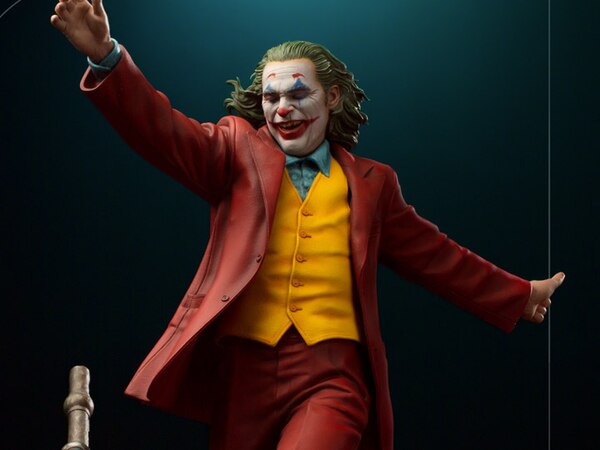 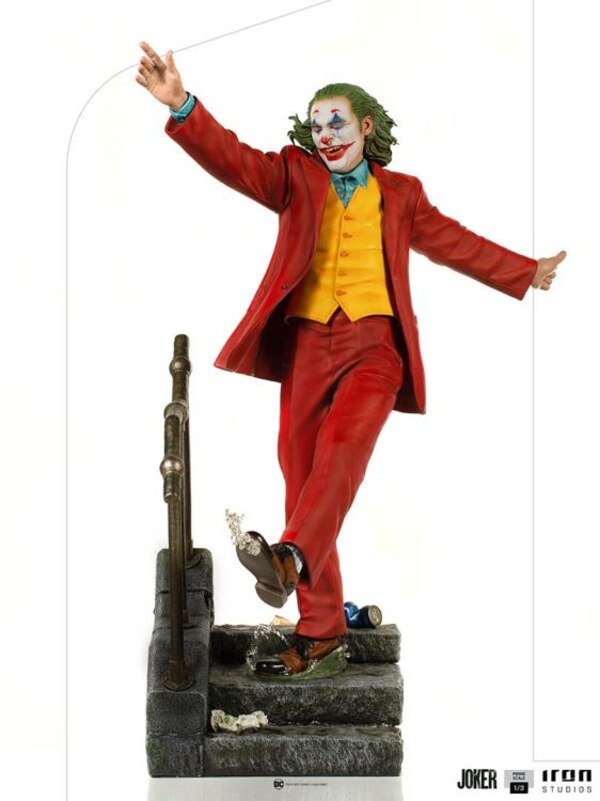 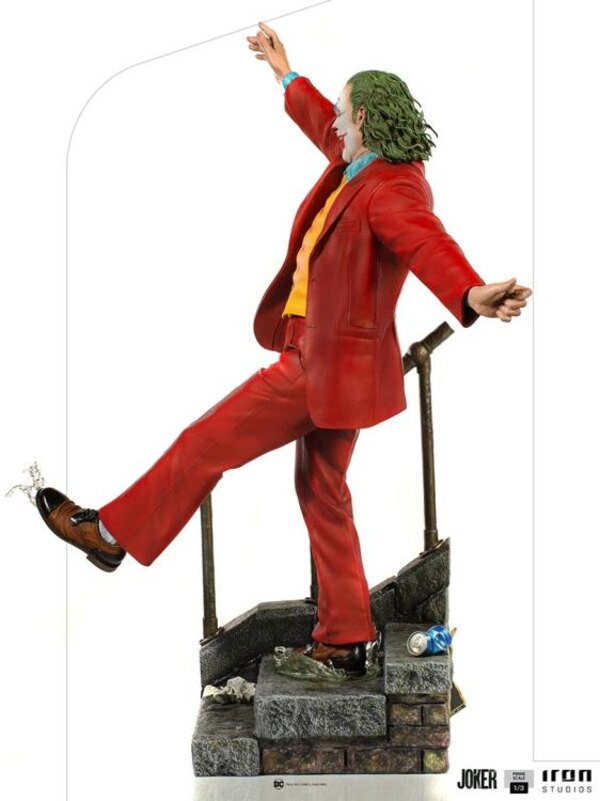 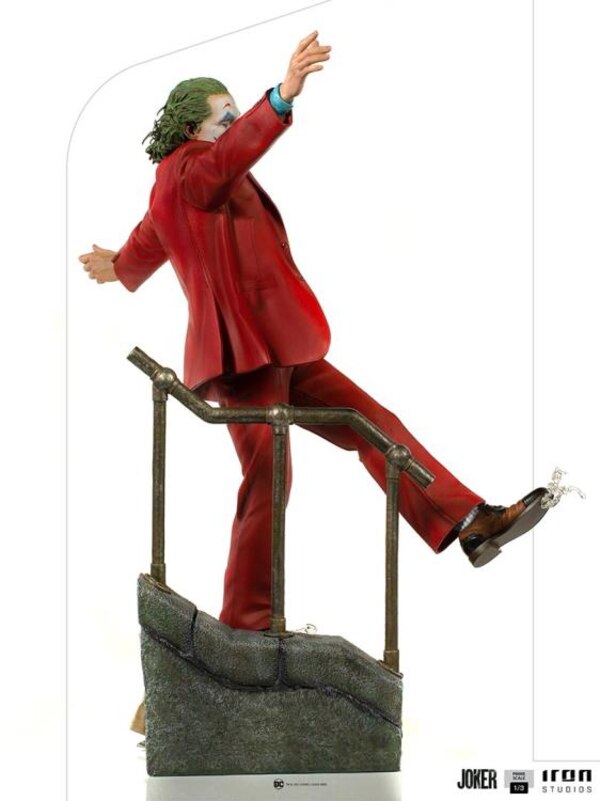 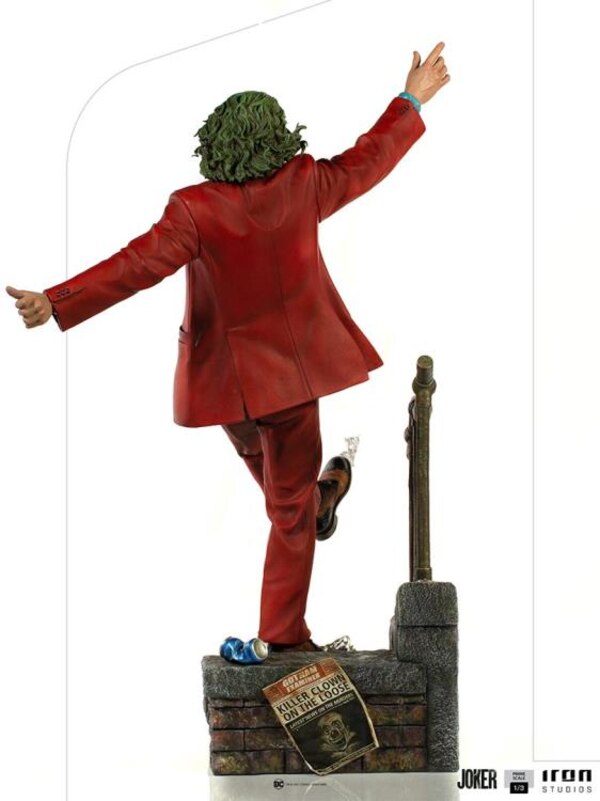 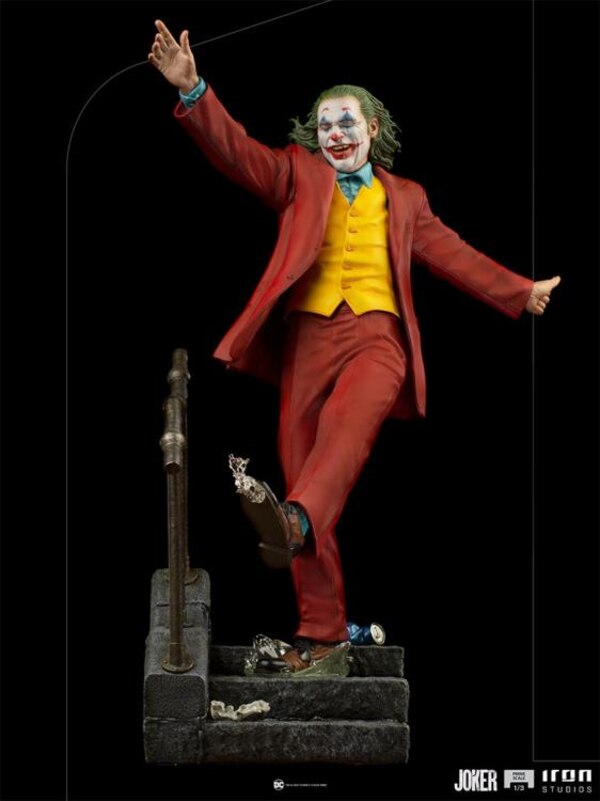 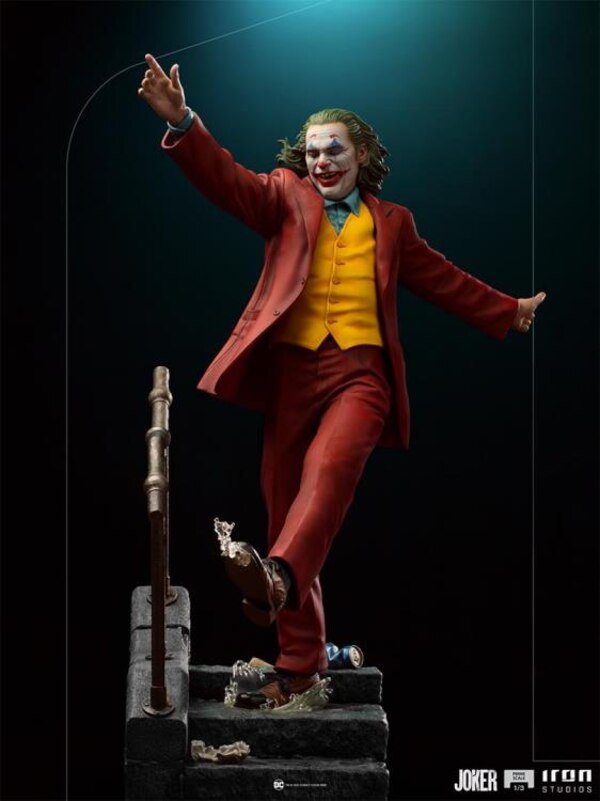 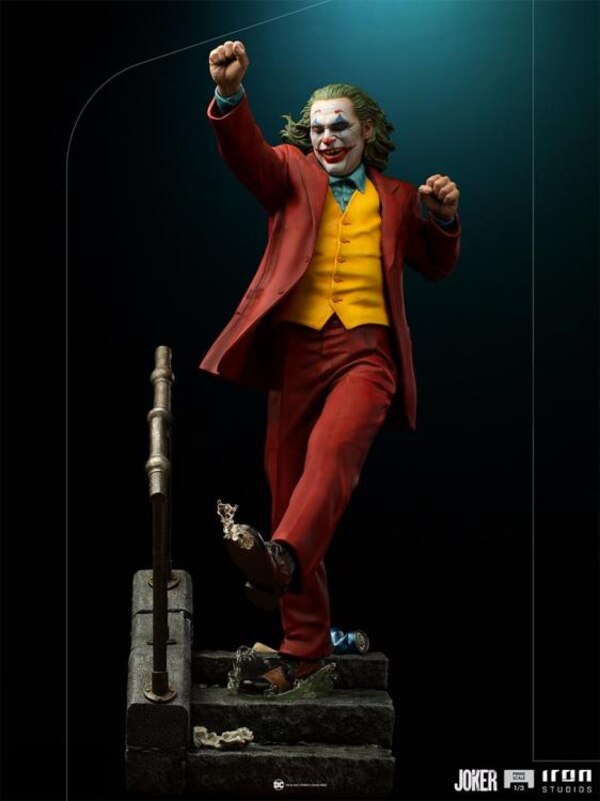 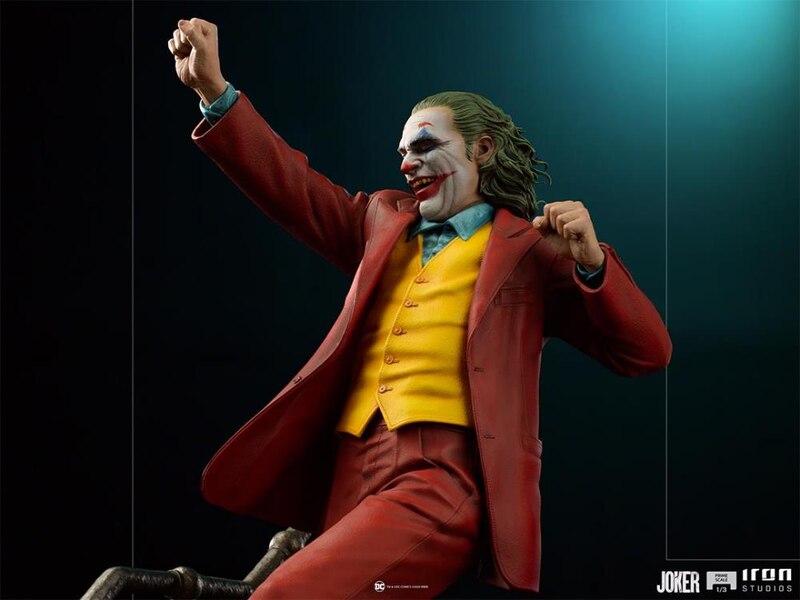 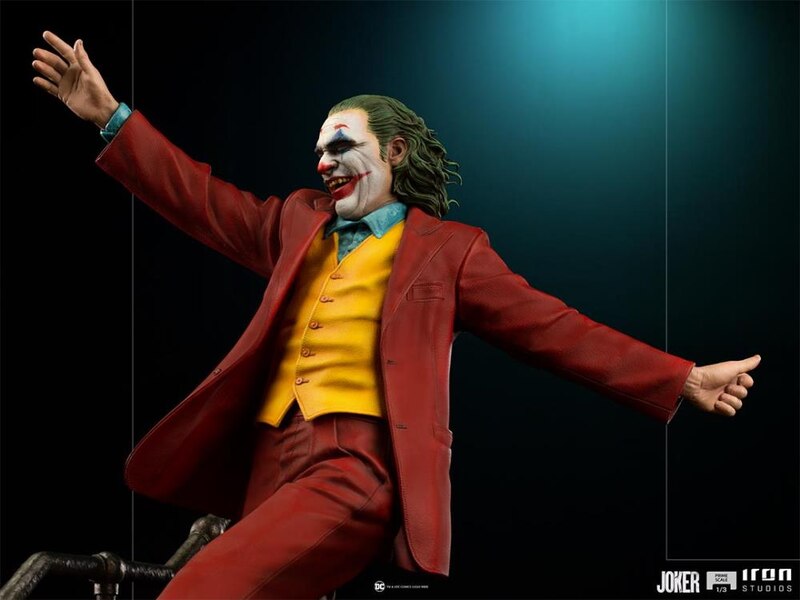 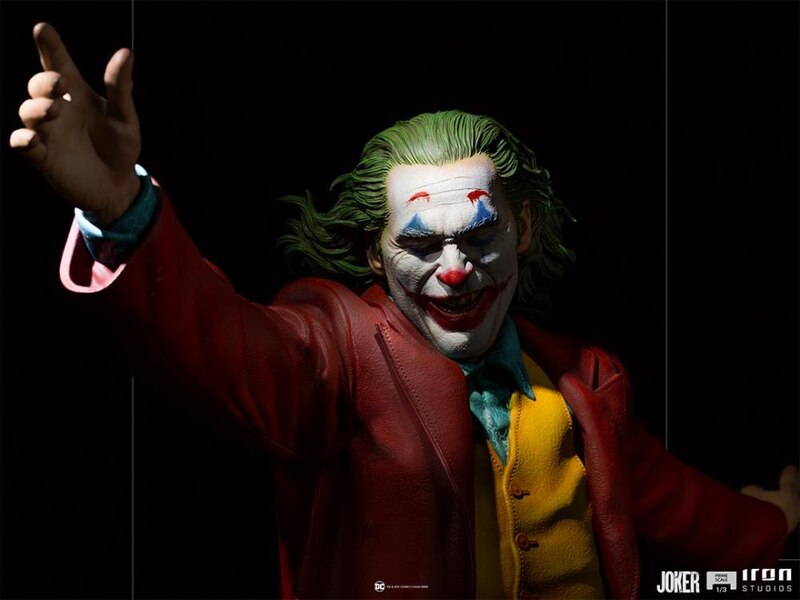 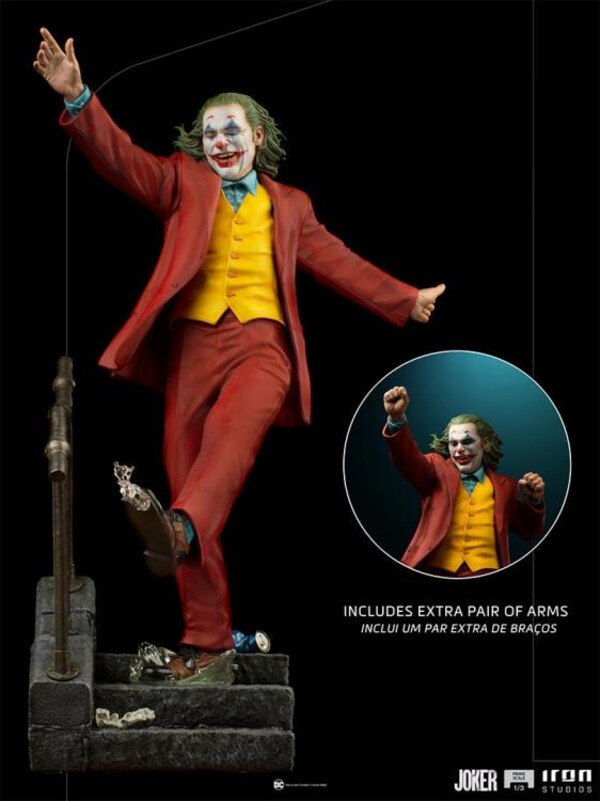 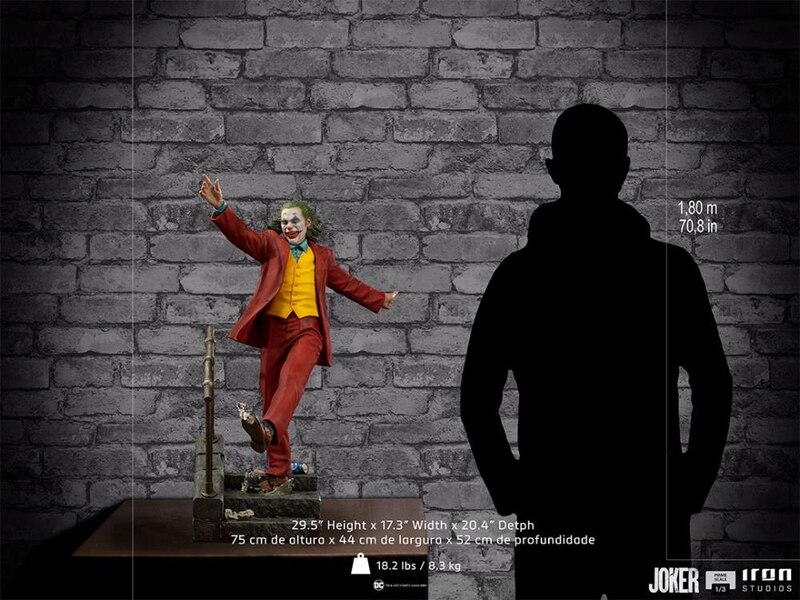 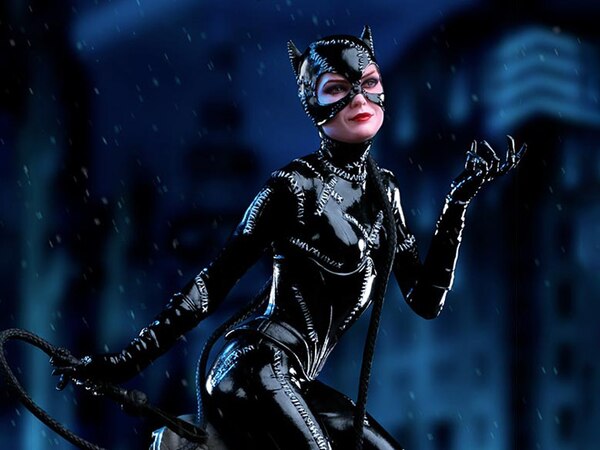 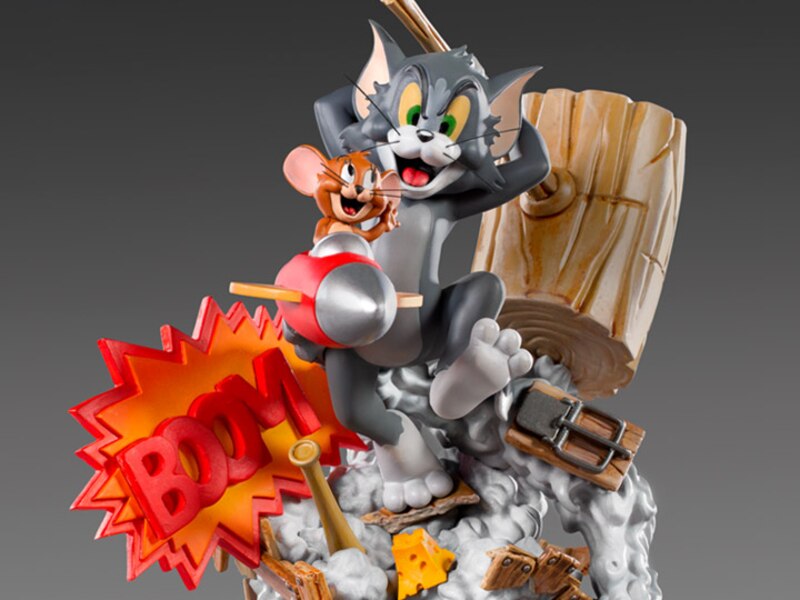 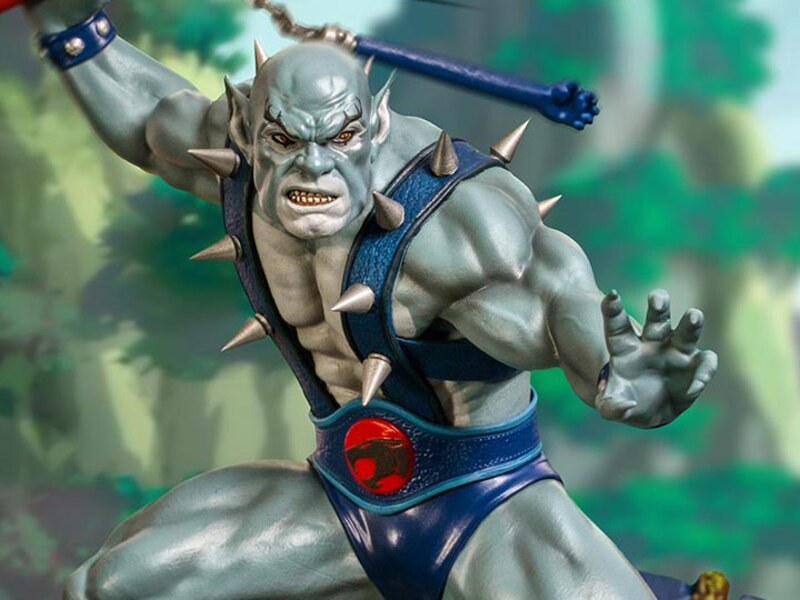 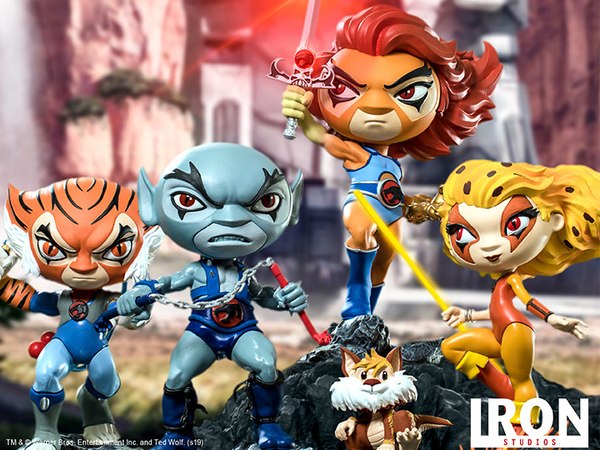