2019 SDCC
by Jay Cochran
May 29, 2019
The next 2019 San Diego Comic Con exclusive reveal from NECA is their 7" Scale Terminator 2 John Connor On Bike Ultimate Set. The figure features 25 points of articulation, and includes 2 interchangeable heads, removable backpack, hacking device, and Endoskeleton arm in display case. This set will cost $50. Check out images below via Thearnoldfans.com.

This will be made available in limited numbers to those not attending SDCC on the NECA store. See more details on how to obtain the set if not attending the convention here.

NECA has also confirmed that they will be offering 2 of the 4 long-awaited DC vs Dark Horse 2-packs as SDCC exclusive which should be the final two SDCC exclusive reveals for this year. There are actually 4 of these sets NECA made, however we've only seen 3 of them up until now. With 2 being offered as SDCC exclusives, the remaining two sets will likely be sold as NYCC exclusives later in the year. The three sets we know of include Batman Vs Joker Alien, Armored Batman Vs Predator and Superman Vs Alien. You can see some images below in our gallery of the 3 sets and stay-tuned for the official reveals to come soon. 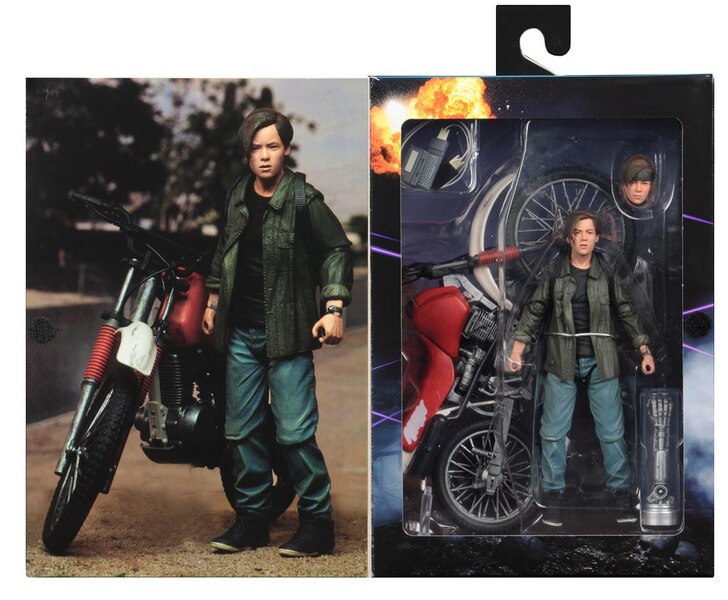 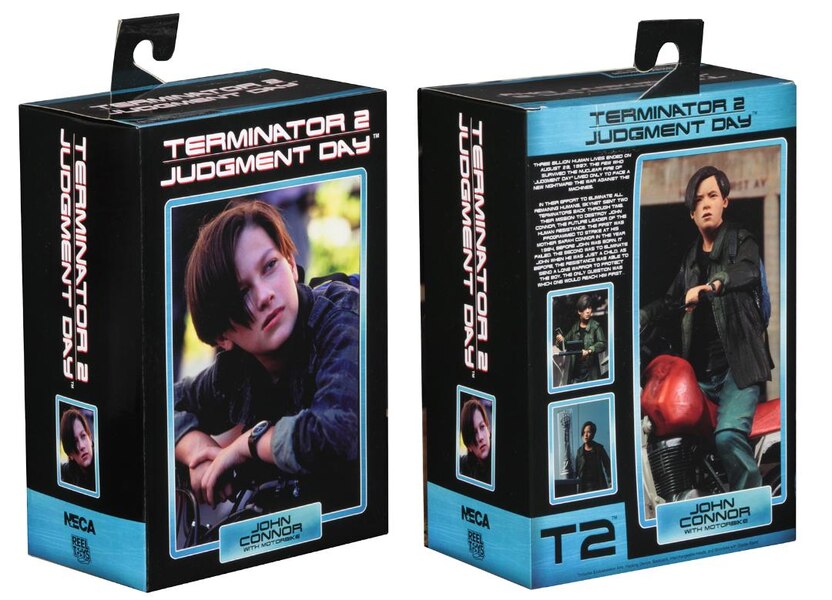 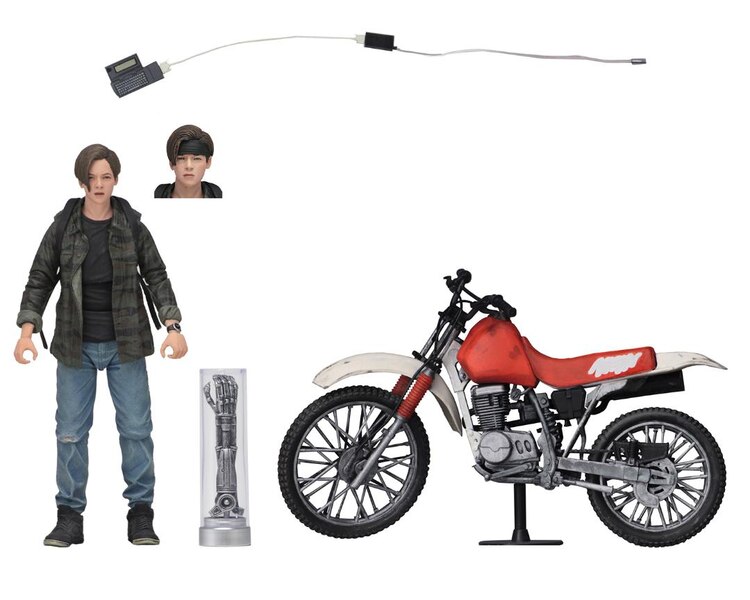 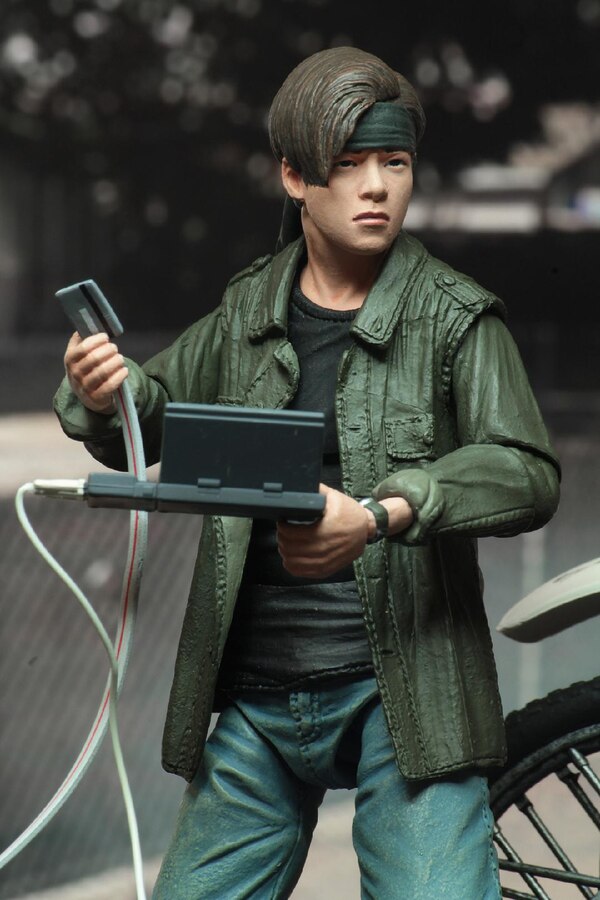 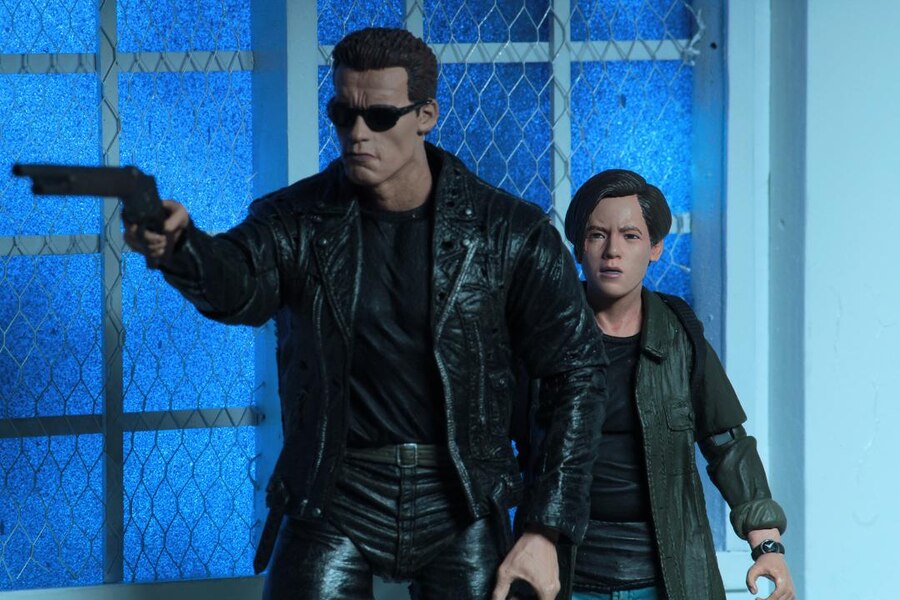 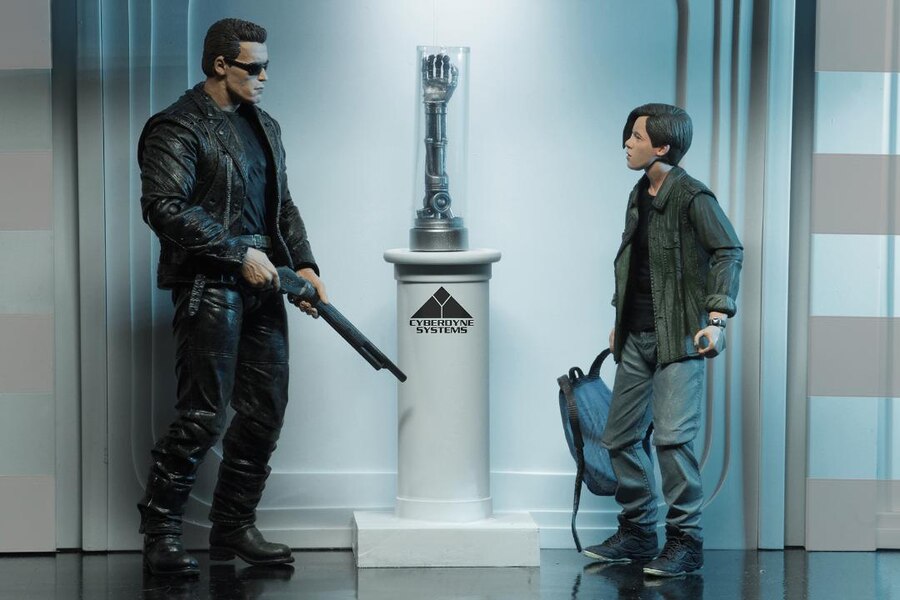 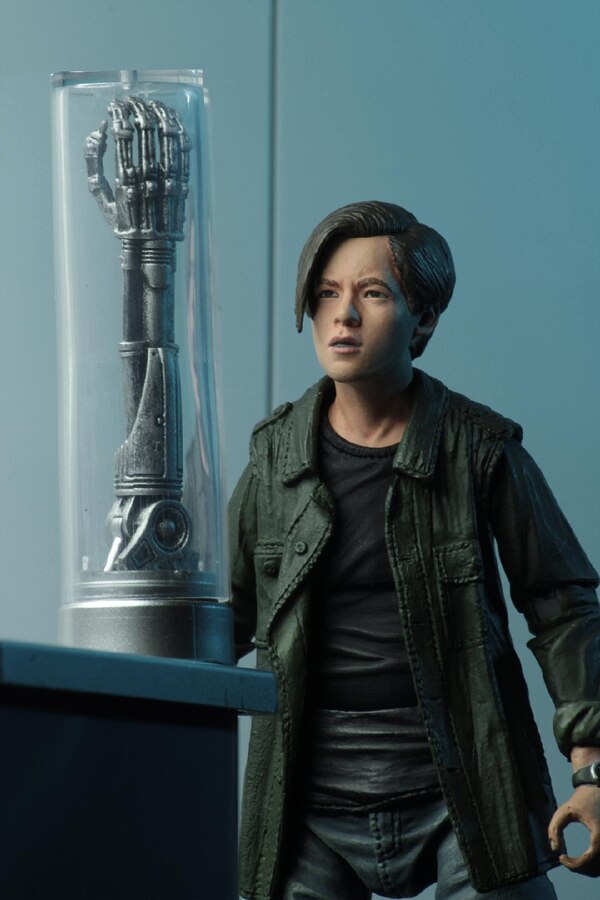 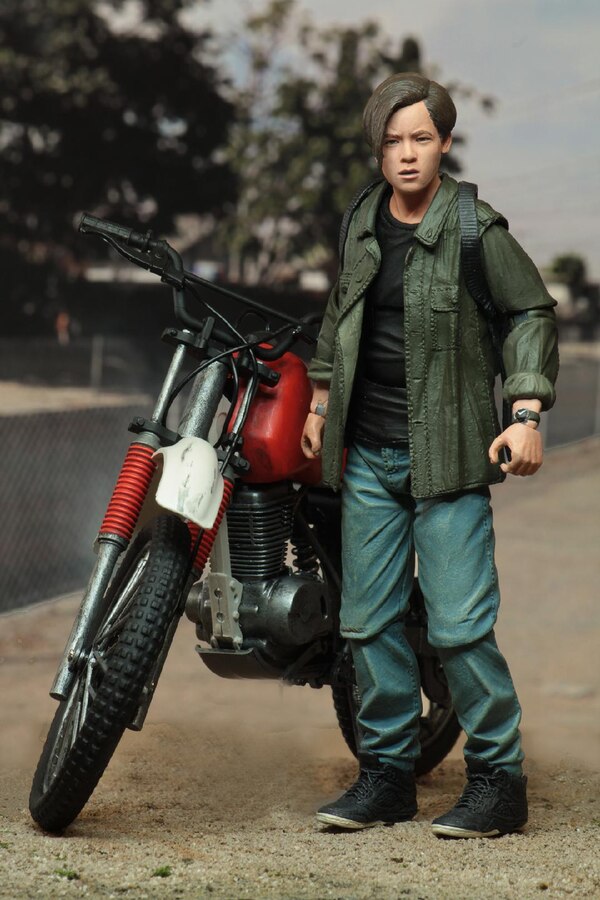 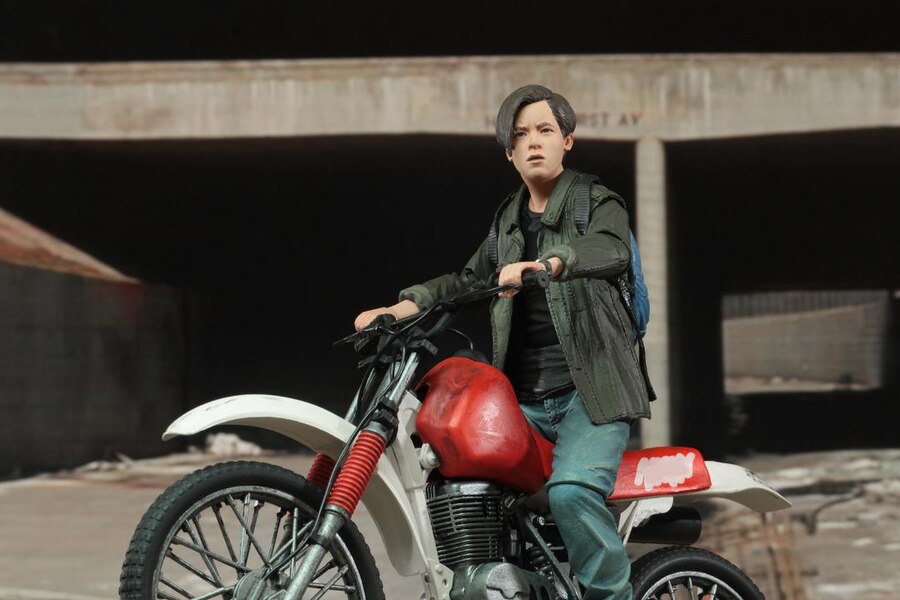 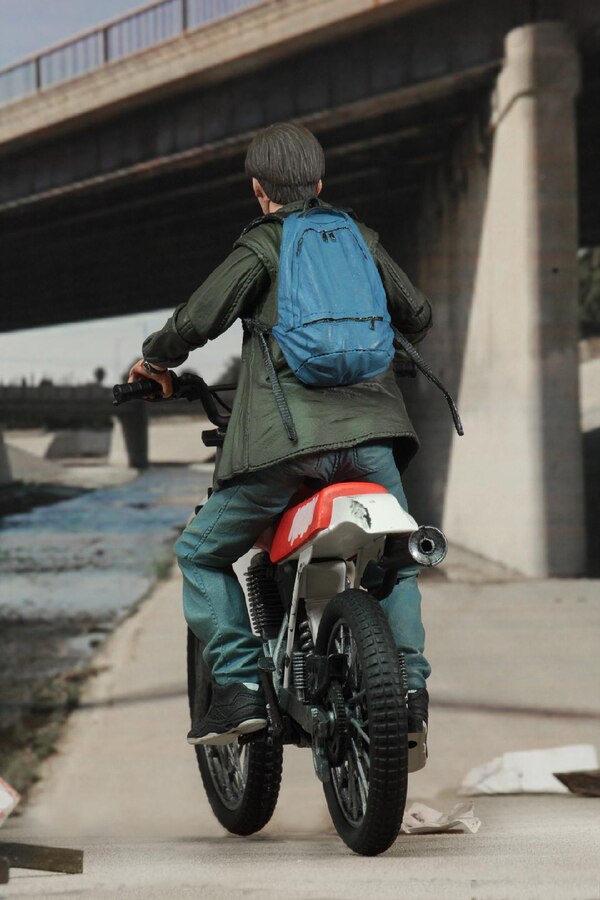 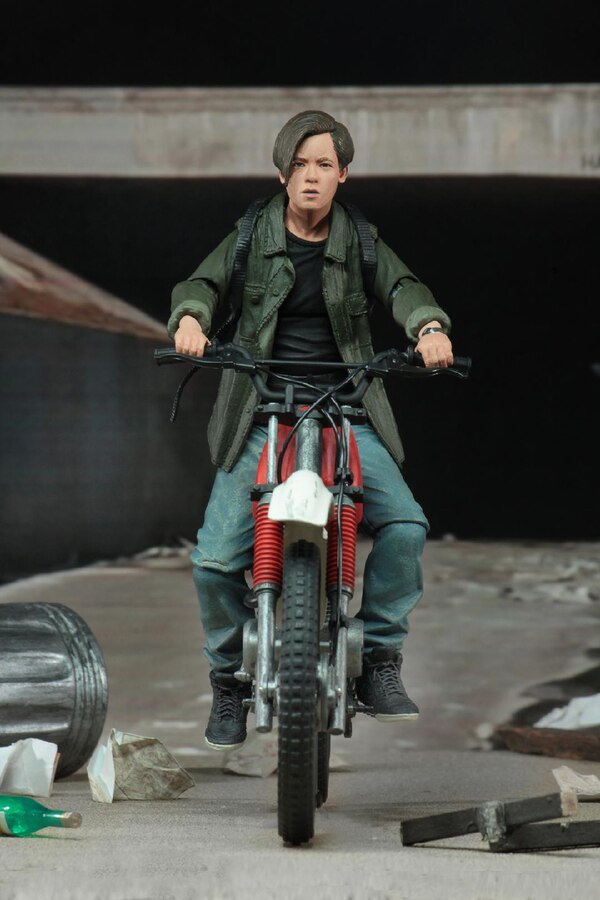 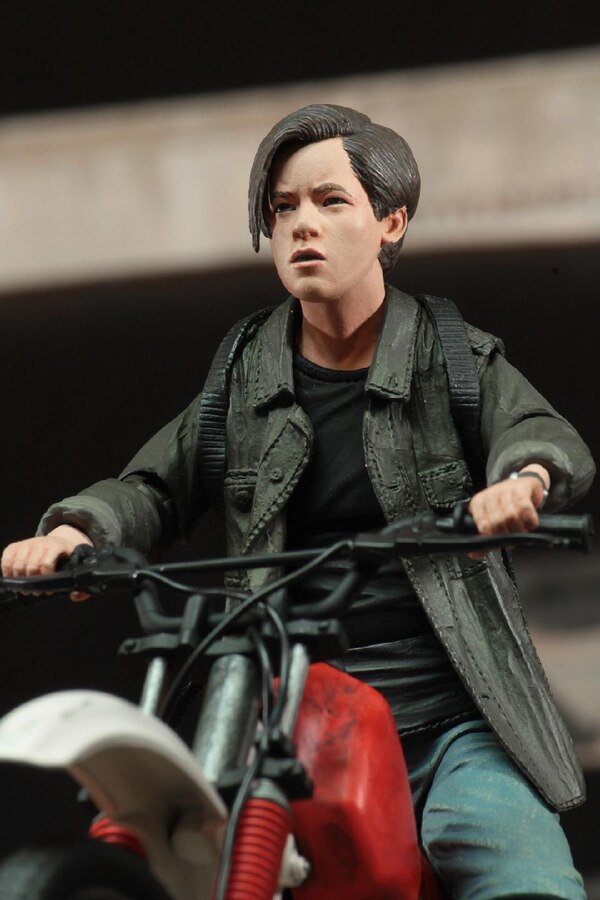 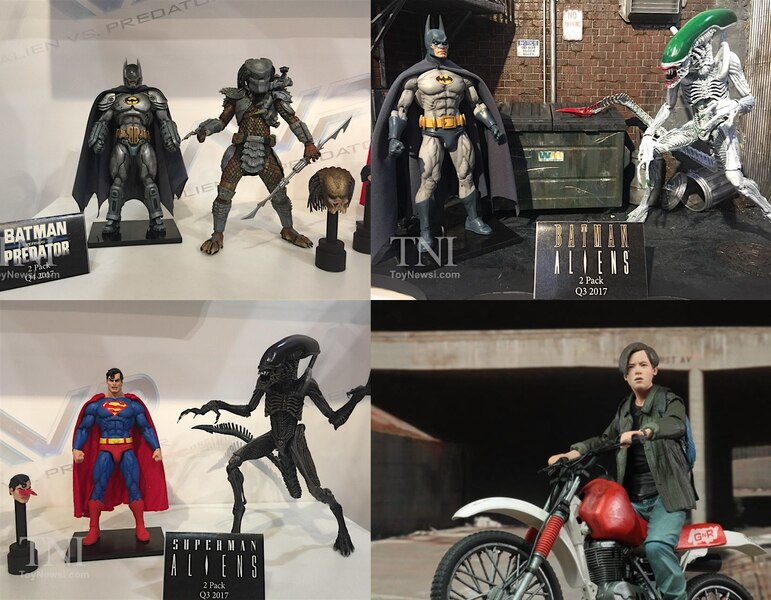 I just realized that his outer shirt went from camouflage to solid green, and I am even less impressed now.

Definite must buy for me. There's still some T-1000's peg warming around here and a couple Sarah's to go with him so it's perfect timing. Only I can't get at a reasonable price is the T-800 ultimate. Wallet and wife are gonna hate me so much just from NECA exclusives let alone any other company at this rate.

Packed to the gills with accessories! Nice! The bike would be handy for toy photography too. Surprisingly, he looks pretty natural riding it too, which is definitely commendable.I might have to go back and find a T2 Arnold Neca figure to pair with this JC figure in the off chance that they release a version of him that's not an exclusive.

I will definetely be picking this one up at the SDCC NECA booth.

This brings my tally thus far to:

2 definite buys (the TMNT set and this one)

I feel like this will be like the Aliens Ripley exclusive where there will be a retail version that's slightly different. Perhaps without the motobike and endo arm.

I would not be surprised in the slightest if you were right.

I feel like this will be like the Aliens Ripley exclusive where there will be a retail version that's slightly different. Perhaps without the motobike and endo arm.

There must be a reason why John Conner is an exclusive, maybe licensing agreement or something but man would love to got this and the DC 2 packs, which I've been waiting forever for. Just hope it's not gonna be a big pain to get, these look awesome!

They couldn't even print "PUBL NEMY" on the shirt? Really? "PUBIC ENEMA" not okay, either?

This is very very disappointing! The only figure let for me to complete my T2 collection will be an exclusive! Come one Neca.

I m very bummed down.