2019 SDCC
by Outsiders
July 12, 2019
Hulu and TVLine have released a new promotional poster for the Veronica Mars panel at the 2019 San Diego Comic-Con. You can obtain this poster at Friday’s signing at the Warner Bros booth (2:15 pm).

The panel taking place Friday at 11:30 AM in Ballroom 20 is being held for all the Marshmallows who grew up on the series Veronica Mars and are excited about the new revival that will be streaming on July 26th, only on Hulu. Cast members scheduled to attend the aforementioned panel, which will kick off with a screening of the revival’s premiere episode, include Kristen Bell (Veronica), Enrico Colantoni (Keith), Jason Dohring (Logan), Percy Daggs III (Wallace), Francis Capra (Weevil), Ryan Hansen (Dick) and franchise newbie Kirby Howell-Baptiste (Nicole). Series creator Rob Thomas and EP Diane Ruggiero-Wright will also be on hand.

All eight episodes of Hulu’s Veronica Mars revival (aka Season 4) will be available to stream on July 26th.
Image 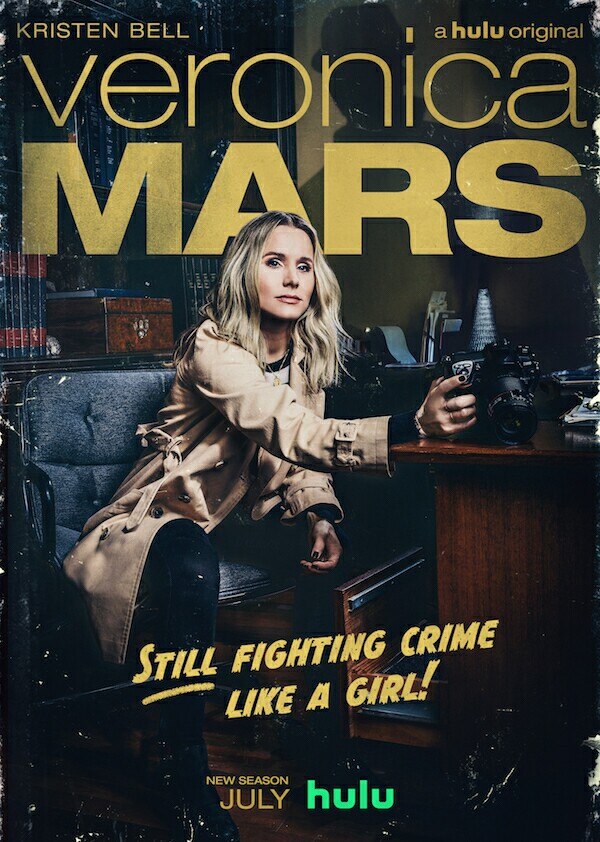 I hope this is better than that awful movie.

I have never heard of this show. Looks ok.

How old are you?

It is a show from like 15 years ago. I remember and used to watch back then. It was good for that year. It has been a long time so I don't really know how they will set it today. We have too much going on that didn't exist in 2004.

I have never heard of this show. Looks ok.