Once again, Supergirl landed at Comic-Con with another superpowered panel filled with surprises and reveals about the eagerly awaited upcoming season. Perhaps most striking for fans is that the character of Kara Zor-El aka Supergirl (played by Melissa Benoist) will be sporting a new Kryptonian supersuit — the first revamp since her co-worker, friend, and confidante Winn Schott designed her iconic red and blue gear in season one. And two new characters will also be on the scene in National City this season.

The new suit, conceptualized by Supergirl costume designer Victoria Auth and created by Ironhead Studios and Bill Hargates Costumes, follows the evolution of supersuits in executive producer Greg Berlanti’s “Arrowverse,” which has seen redesigns of both the Arrow and Flash suits in recent years.

Regarding Kara’s new look, executive producers Jessica Queller and Robert Rovner said: “We’re beyond excited to update Supergirl’s iconic suit. We think her new image is strong and powerful. We hope the fans are as excited about it as we are.”

In addition to the first official unveiling of the new Supergirl supersuit, the show’s producers announced that two new characters will be joining the action in National City for the upcoming season: DC’s Andrea Rojas (aka Acrata) and renowned reporter William Dey.

Julie Gonzalo (Veronica Mars, Dallas, Eli Stone) will star as iconic DC character Andrea Rojas (aka Acrata). A polished businesswoman and heir to a Central American tech empire, Andrea Rojas (aka Acrata) is now making a hostile advance into the world of media. Unapologetic and unafraid to make waves, she also holds a mystical secret. Gonzalo will first appear as Rojas in the season premiere on Sunday, October 6th, at 9/8c on The CW.

UK-based actor Staz Nair — who is perhaps best known for playing Qhono, a Dothraki warrior loyal to Daenerys Targaryen on Game of Thrones — will play hardened reporter William Dey, an original character created for the series. On the surface, he’s a cynic and a sellout who looks down on Kara’s earnest idealism. Dey’s not interested in making friends, he just wants to get the story — but his ties to the criminal underworld could prove problematic. Nair (Game of Thrones, FOX’s The Rocky Horror Picture Show, AMC’s Humans) as William Dey will also make his debut during the season premiere episode. 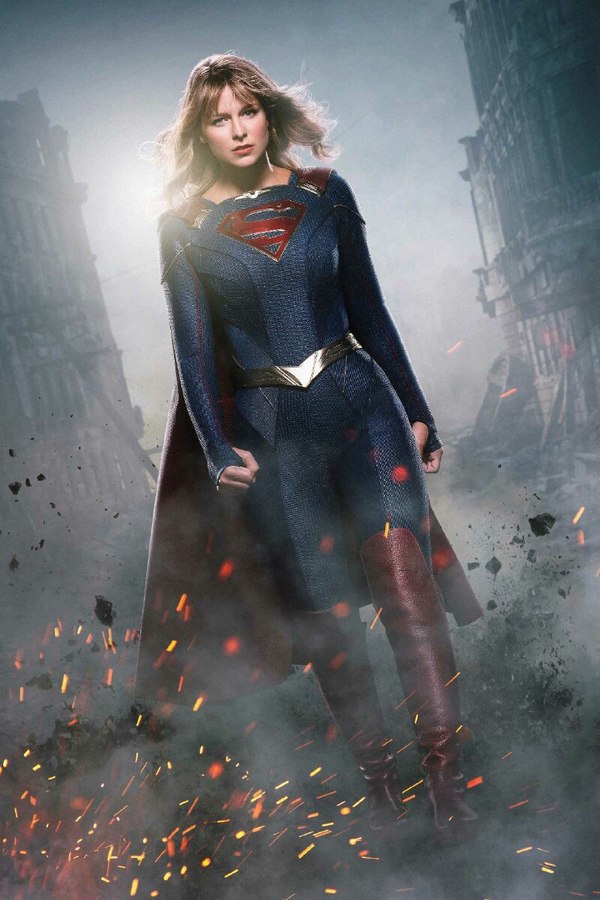 Julie Ganzalo was fantastic on Eli Stone. Miss that show.

Adding Lex to the show really added steam to it.

I gave up on this show last year, then tried to watch a little last season. But no joy. Actually even without all the political crap the show was not good.

I wonder what evils will be wrought by whitey this season.

Gotta love a TV show that has the brass to rag on society for having its collective heads jammed into gadget screens, especially when, if we did turn hem off and wake up, we wouldn't watch crap like this.