Kaustic_Plastik
by Jay Cochran
November 08, 2021
The talented actor Bela Lugosi thrilled audiences with his performance as Dracula in the 1931 film, and now fans can own part of the historical movie magic as a collectible 1/6 scale figure!

Measuring around 11 inches tall in 1/6 scale, this officially licensed Dracula wears a full fabric costume designed by GeeWhiz, including a gorgeous black and red cape. He comes with 2 different head sculpts, each carefully hand painted to appear with stunning likeness to Bela Lugosi, along with 3D accessories by Sean Dabbs.

This deluxe version includes a beautiful coffin all in luxury packaging. Both the regular and deluxe versions are available for pre-order from our sponsor BigBadToyStore.com. 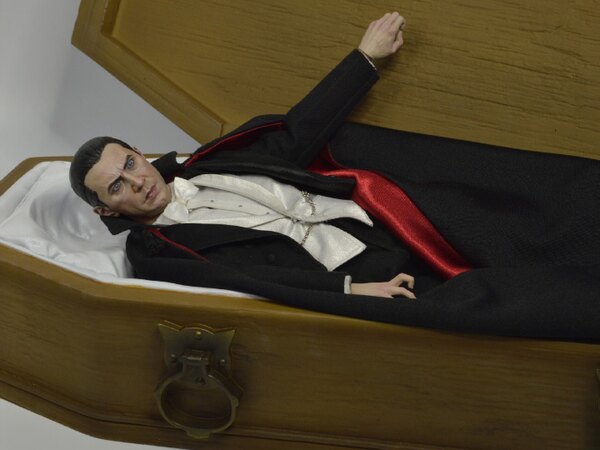 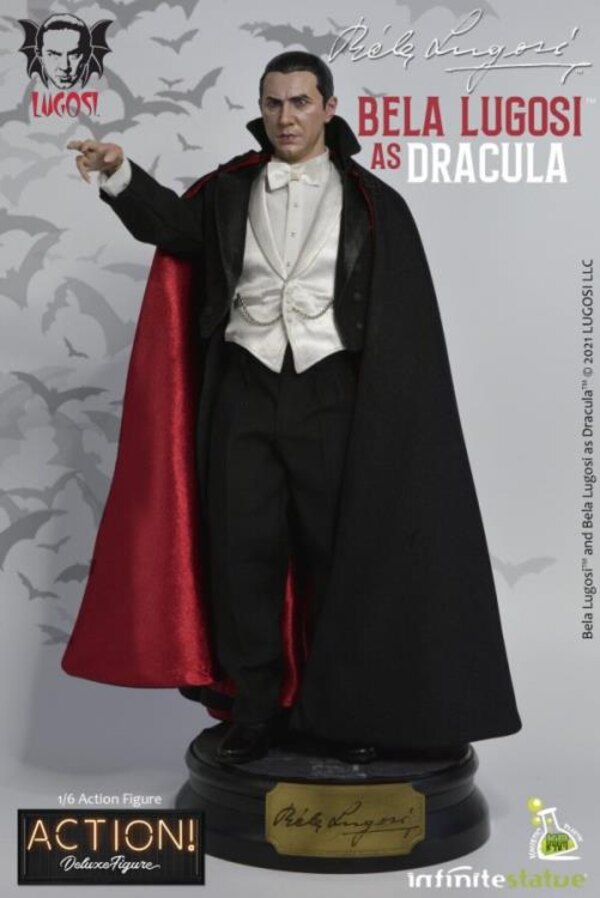 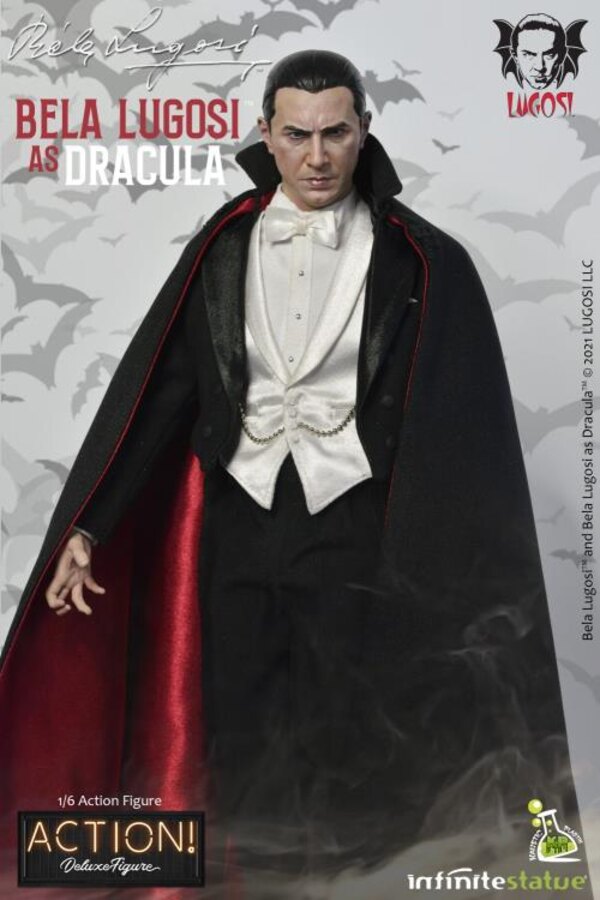 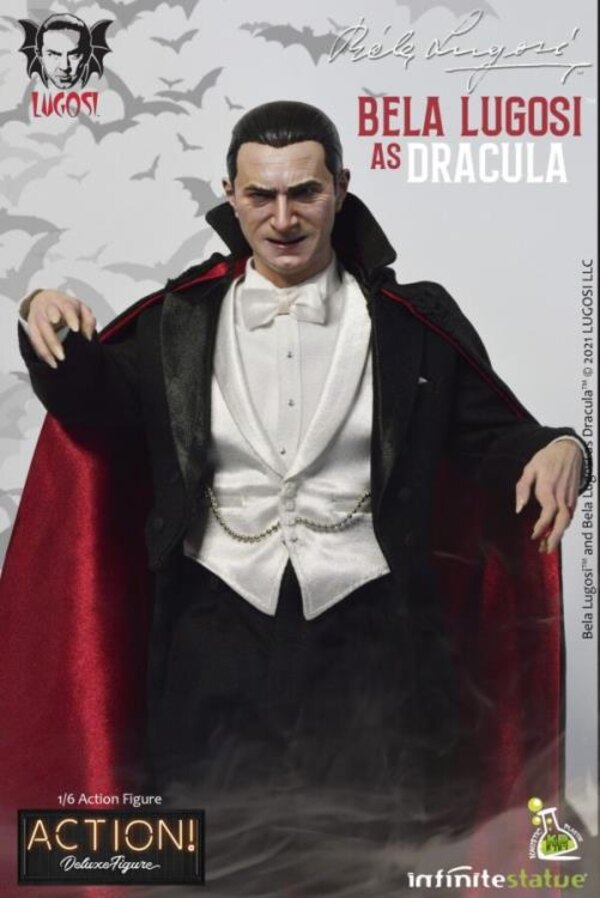 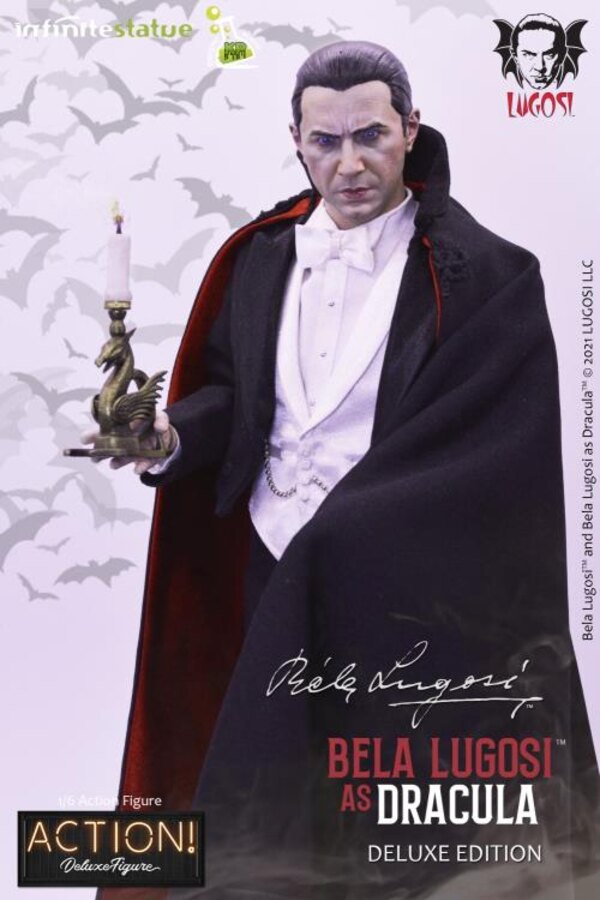 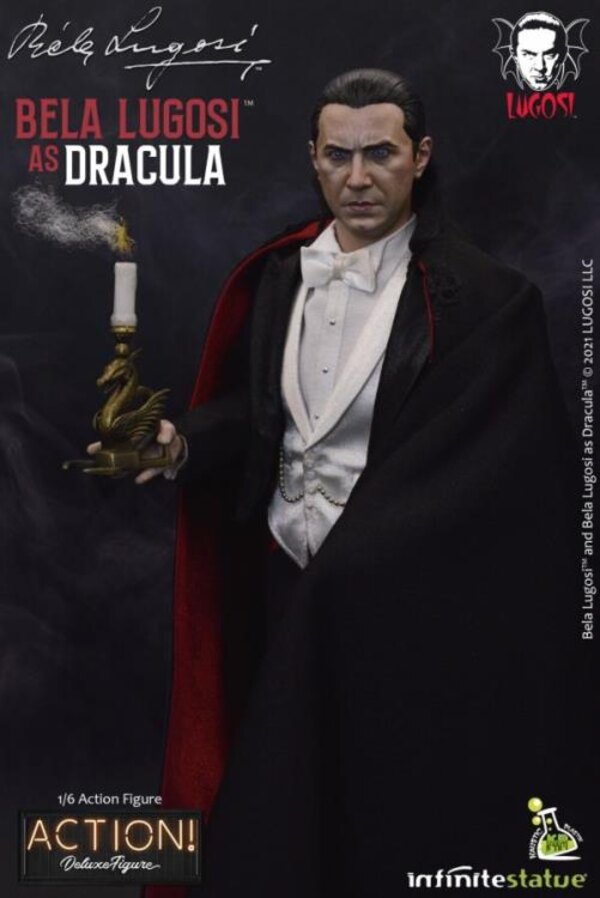 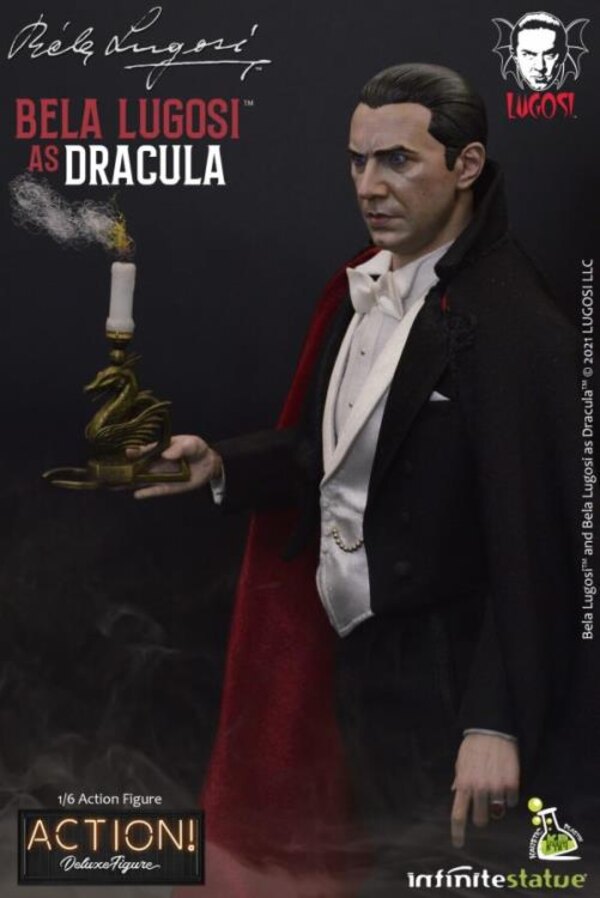 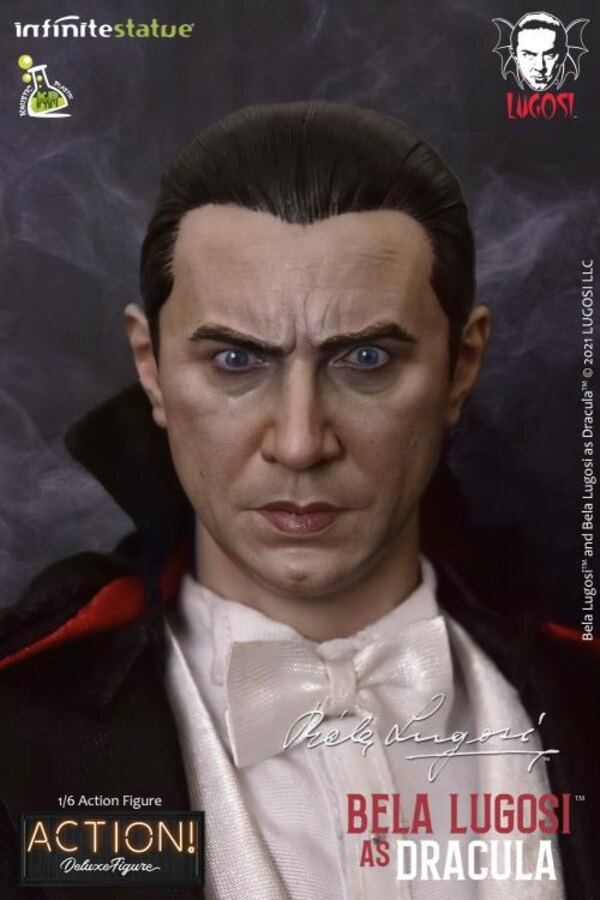 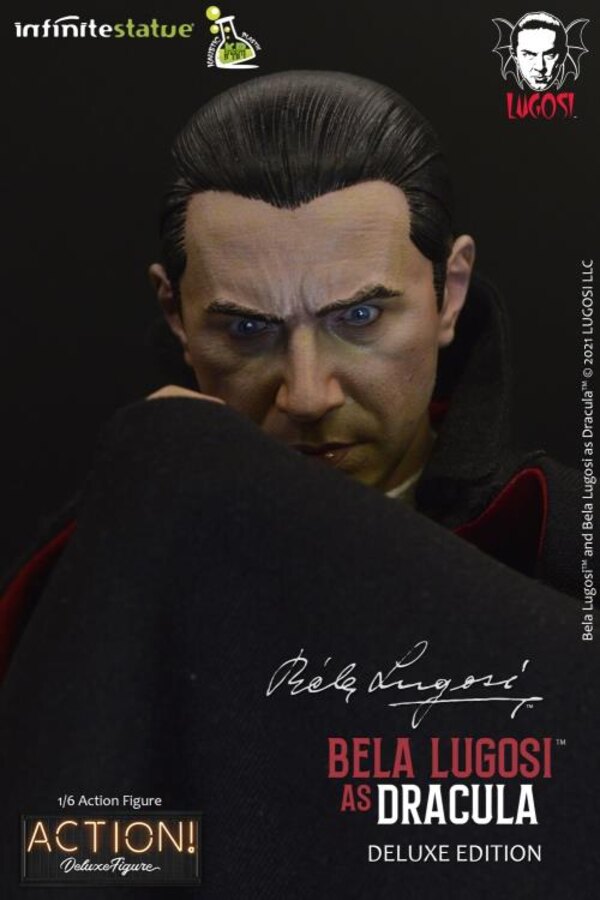 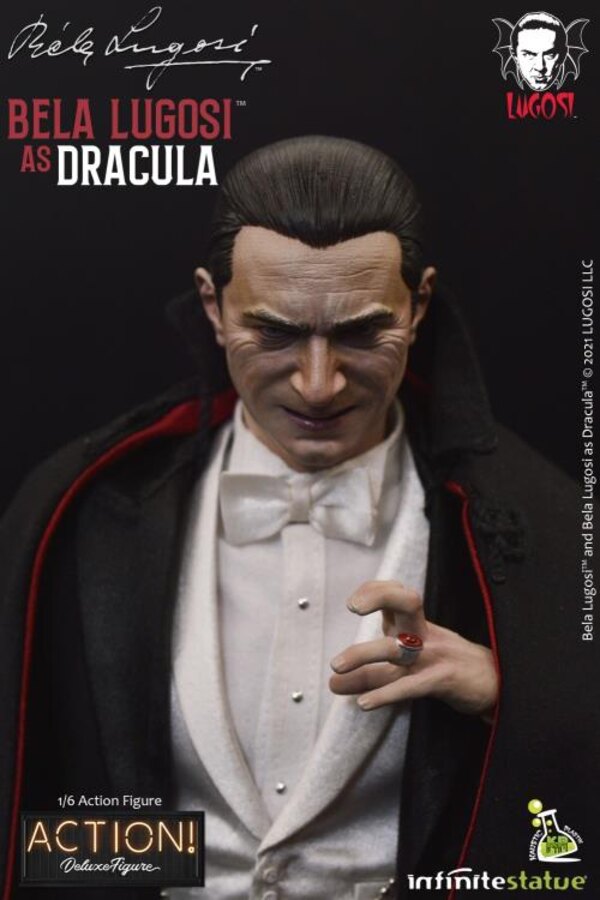 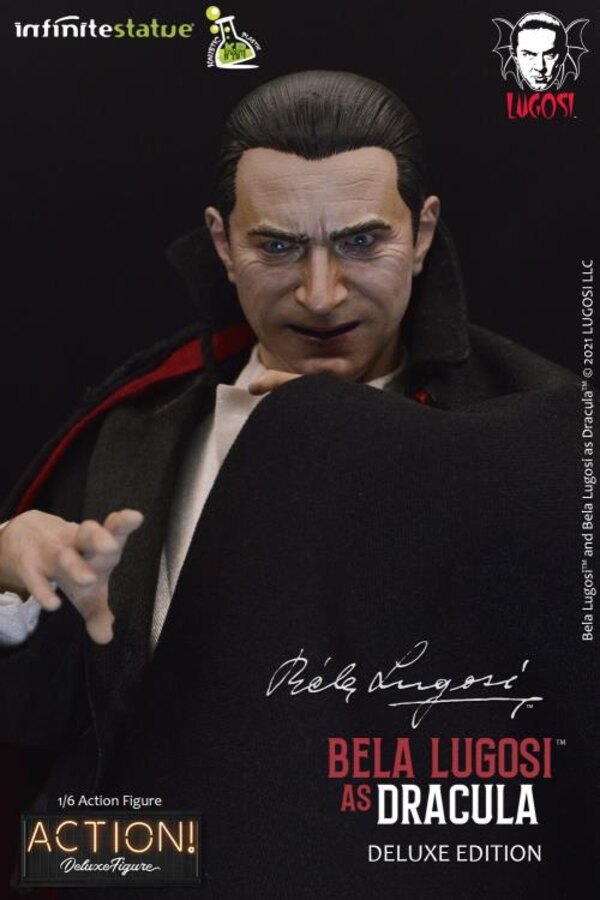 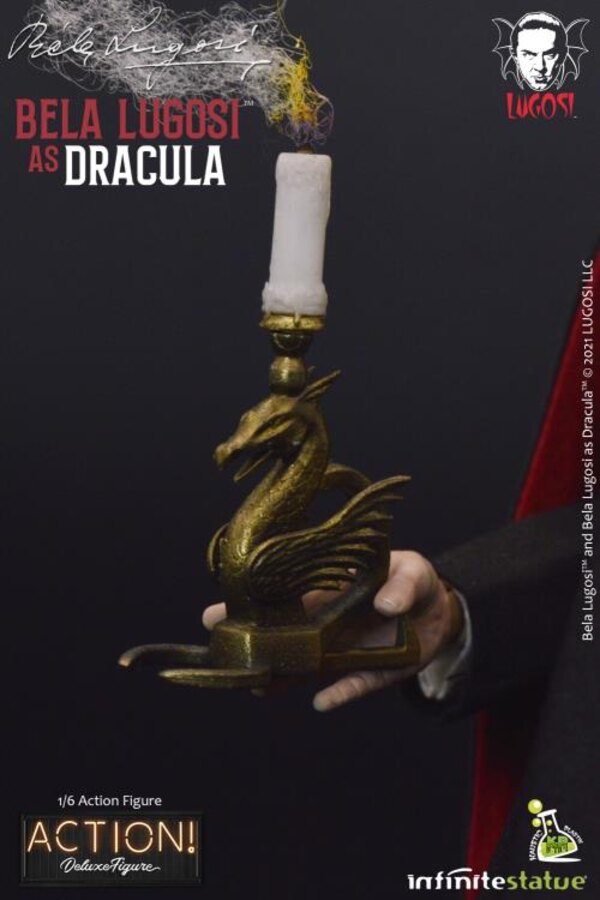 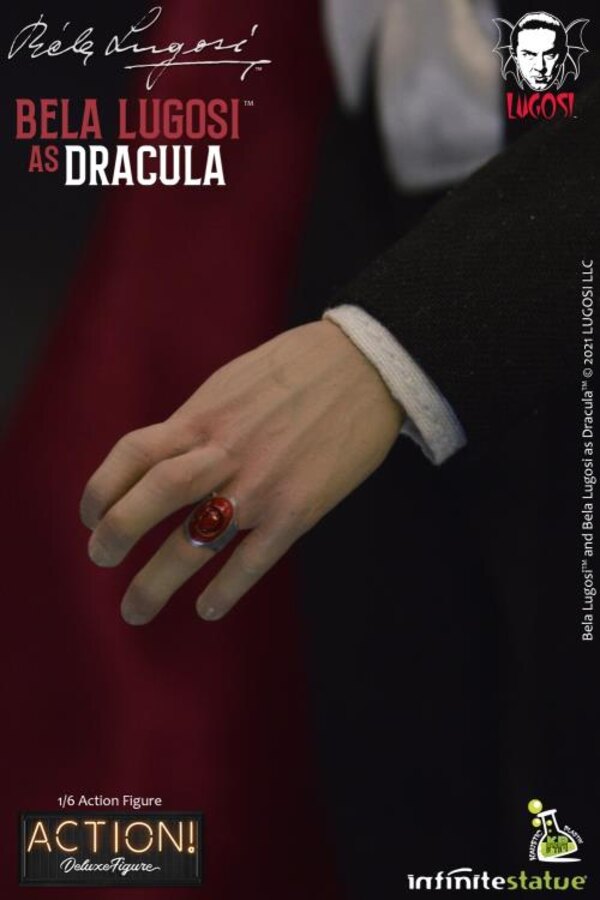 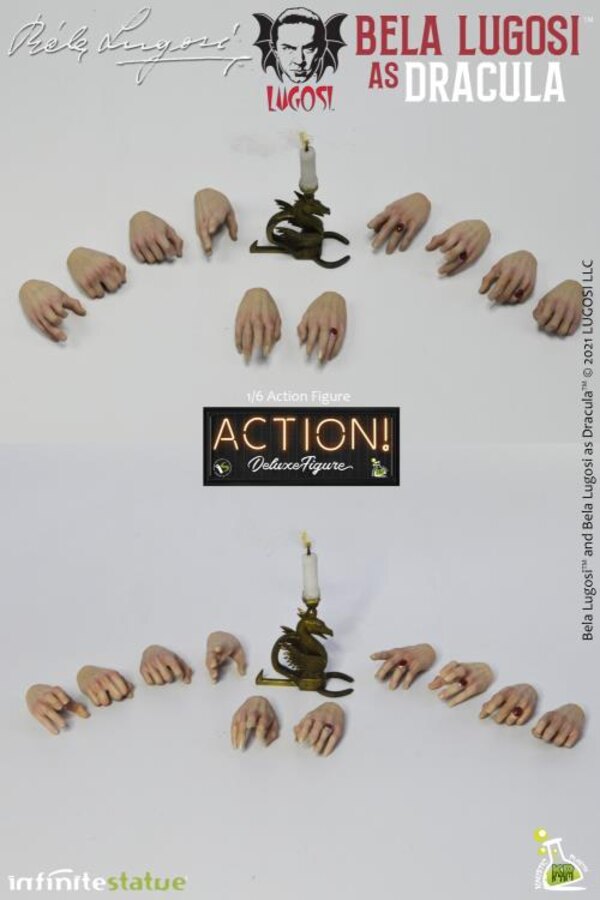 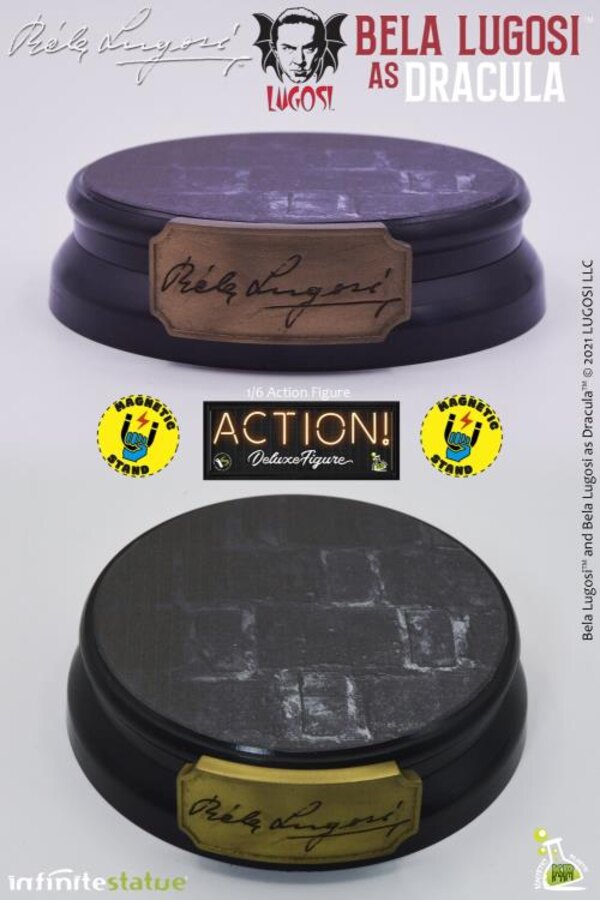 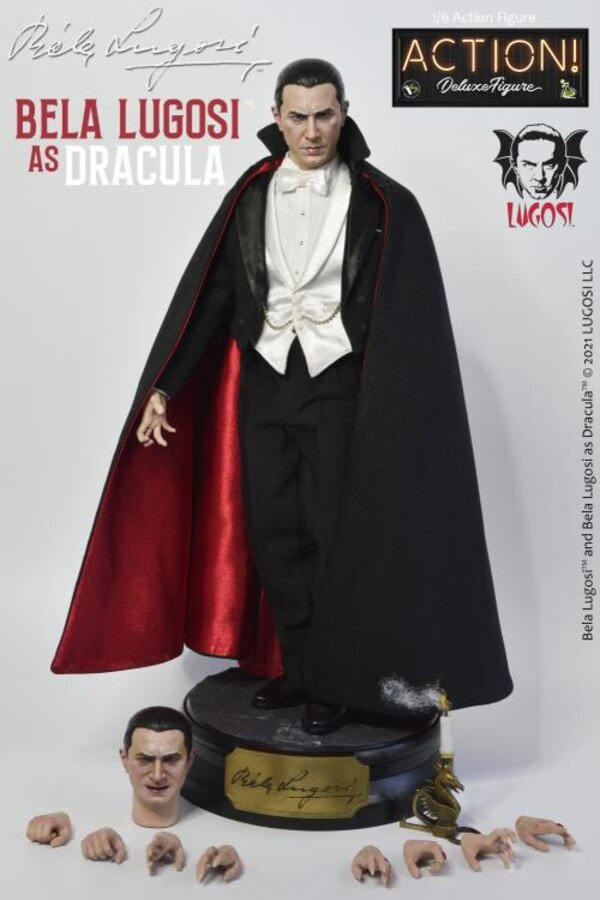 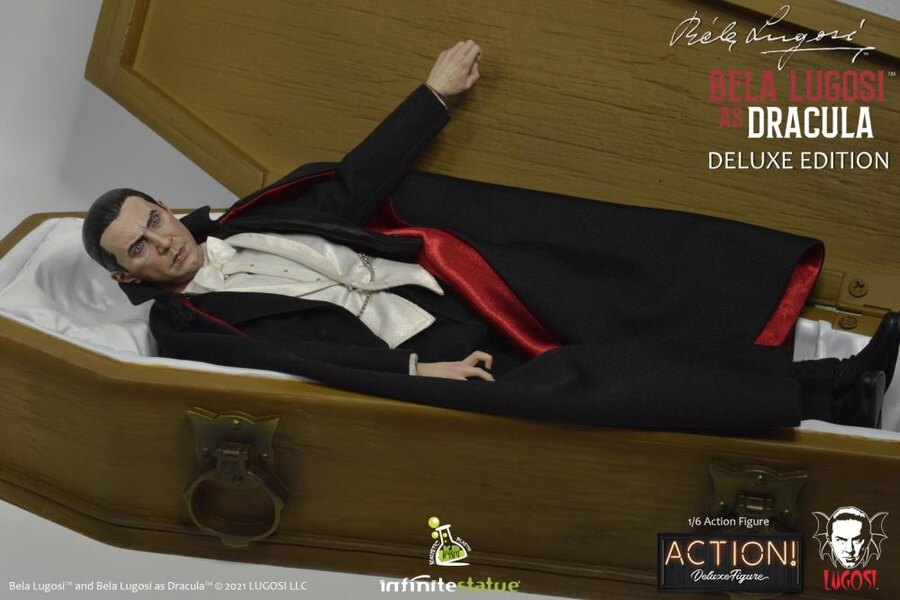 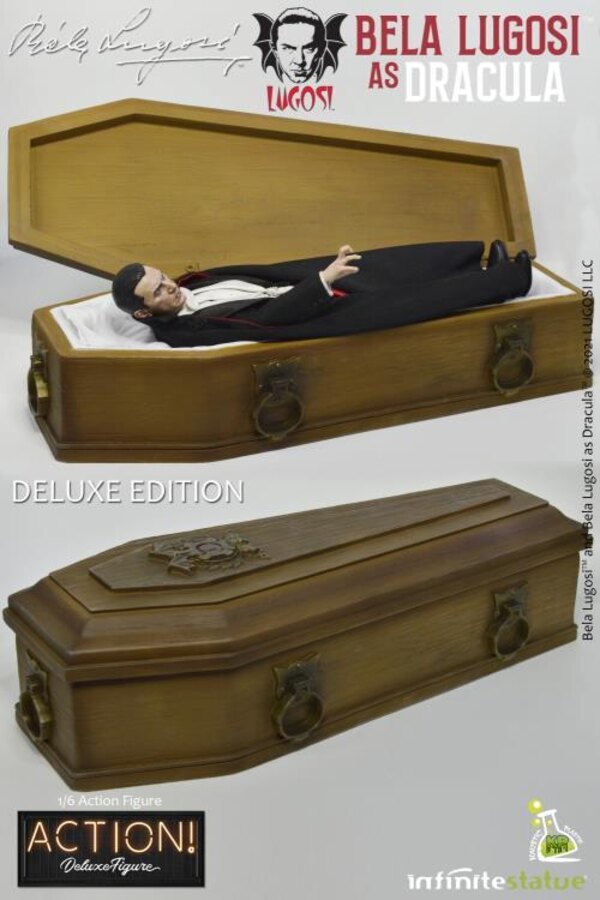 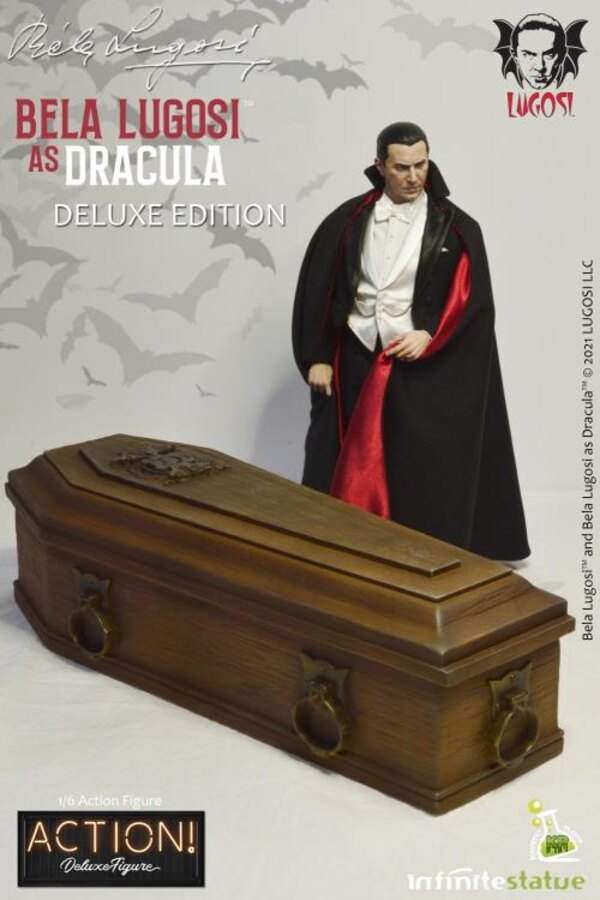 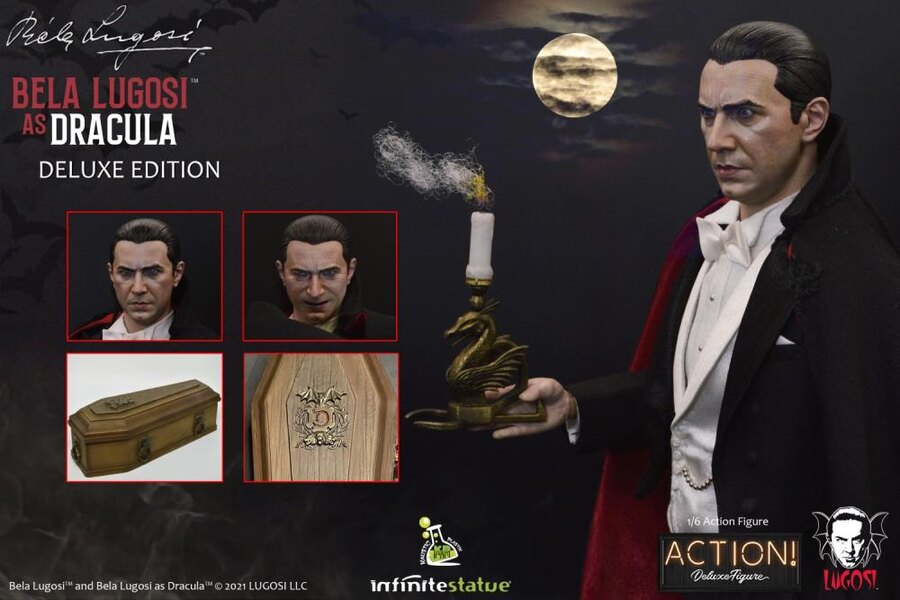 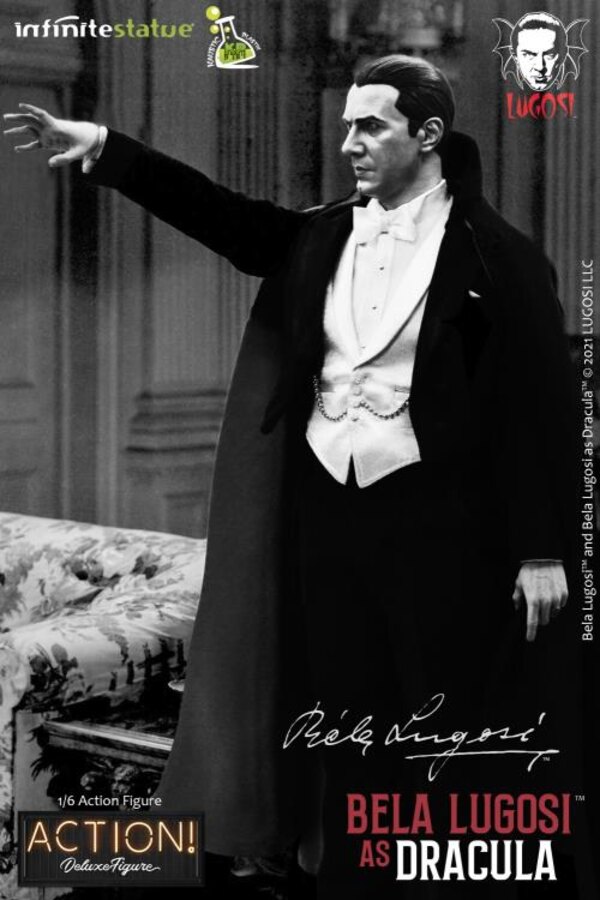