Corgi USA is running strong in 2005 with the continuation of their popular Die-Cast Batmobile Collection. Corgi is expanding the Batman license with new Bat-themed vehicles in all of their current lines including new sculpts in 1:43rd, 1:24th, and 1:18th scales. With all new sculpts and tooling based on the greatest eras of the Dark Knight’s history, there is literally a Batmobile for every taste and budget. The more the better, I always say. These latest offerings are looking to be pretty sweet additions to every Bat fan’s die-cast garage.

Today’s subjects are three Batmobiles. Two of them are from the new “Silver Age of Batman Vehicles” line. They include The 1:24th scale 1940s original Batmobile, and the brand new 1:18th scale 1940s Roadster Batmobile. The third is the current generation of the Caped Crusader’s ride, the 1:18th scale 2000 Batmobile.


With nearly sixty years of comics under his belt, Batman is one of the longest running comic book icons to date. Along with the changing times and trends, the Caped Crusader has undergone many different versions and eras depending on who was writing at the time. He has always had one constant though… A big, dark, suped up crime fighting car known as the Batmobile. Like its owner, the Batmobile has seen many different versions over the years as well. Corgi has made great use of this well of history and produced some of the finest detailed and most eclectic range of Batmobiles ever. All of these cars are based on the actual comics themselves, many of which have never seen a physical form until now.

The 40s era Batmobile is spot on to its comic counterpart. It looks exactly as it should right down to the red striping. It’s a Batmobile for the gangster era. With a sloping roof and a large fin down the center, it truly captures the look of the early Batman comics. It even has the large Bat crest/shield that adorns the nose of the car. The 40s Batmobile may look familiar, for it was featured in last year’s 1:43rd scale line. Due to the popularity of this particular Batmobile, and the line in general, Corgi decided to remold it in the 1:24th range. Corgi’s model features a die-cast body with opening doors. The interior is nicely detailed with black and red paint as well as chromed accents. The car measures in at about eight and a half inches and feels pretty sturdy. Overall, the 1940s Batmobile is a great representation of the Dark Knight’s first car. It is well worth owning for any diehard Bat-fan.

Ah, the 2000 Batmobile. Long, sleek, and mean looking. Batman’s most current ride is definitely out to be noticed. It features a translucent hood that allows you to see the spinning heart of the beast. I guess Batman let a little Tuner influence take over in recent years. The clear hood hinges open to show off the chromed jet turbine inside. One of the neatest features on this car is the dual action spinning jet engine. When you roll the wheels, the turbines in the front and rear of the car spin, making it look like the engine is working and ready to roar. This is a great feature that really makes this Batmobile shine compared to other versions. Both spinning turbines are visible through the clear plastic pieces. The ’00 Batmobile also has a removable canopy that reveals a tandem cockpit. This car certainly looks like a Jet fighter with wheels and fins added. The instruments are nicely detailed in the cockpit. The driver’s position features a pod based instrument cluster. I especially like the turn indicator lever behind the Bat-Steering wheel. Like Batman ever signals on those high-G turns… The passenger seat also has an instrument cluster mounted directly to the back of the driver’s seat. It has nicely painted gauges and radar screens. The Modern Batmobile measures in at about 13 inches long and features chromed Bat-wheels, though you’d never know that they were there since the wheels are covered by the fenders. Still, a nice detail though.

I’ve got to say that at first the 2000 Batmobile just wasn’t quite sitting well with me. With its extreme design and Tuner influence, it just seemed too far out there for my tastes, but after seeing the superior quality and detail that has been put into the construction of this collectible, especially that working turbine system, this car has really won me over. It is definitely a worthy addition to any Bat-fan’s collection. This design is also available in the smaller 1:43rd scale range.

It should also be noted that the 2000 Batmobile comes with a really nifty accessory. Included, is a “Batcommunicator” that features a battery operated voice and a lenticular image that moves when you press the button. The result is a comic book image of Batman that actually “talks” to you when you activate it. It’s a great use of the technology and is a lot of fun to play with.

The 40s Roadster Batmobile is a thing of beauty. I am just in smitten with this car. I love the classic look of this car. It is an open air roadster whose style harkens back to the great automotive icons of the 30s and 40s like the Duesenberg. This Batmobile is just dripping with class, and I applaud Corgi for doing a bang up job on creating this fantastic looking car. The detailing is so exquisite. At first glance it looks like it could be a real world car of the 40s. It isn’t until much closer inspection that all of the Bat-details start jumping out at you.

This Batmobile is a much leaner machine. Unlike its modern ancestors, there is nothing out of place on this car. It has no fins and no crest on the nose. In fact, the only thing that says it’s a Batmobile is a small bat emblem on the grille and a bat embossed on the trunk lid. This car features an opening hood and trunk. Under the hood there is a beautifully detailed engine all decked out in metallic blue, gold, and silver. The engine itself looks to be modeled after an Allison or Merlin 12 cylinder aircraft engine, (think P-51) implying that this particular Batmobile would have been very fast and powerful. Who needs a jet engine, anyway? The trunk reveals a store of all of Batman’s gadgetry, including a spare utility belt, batarangs, and what look to be smoke canisters.

My hat’s off to Corgi. They are really making the best of a rich history or cars. Their initial offerings were great, and they keep on raising the bar for themselves. The current crop of Batmobiles are some of the best ever produced. Focusing on the comic book representations themselves really offers some fresh and eclectic styles that may have never seen the light of day and for that reason alone, I hope that Corgi’s line continues to have great success and go on and on in the years to come. Now, if only someone could get the rights back to doing the old Barris Batmobile again… I guess we can dream…

The 2005 Corgi Die-Cast Batmobile Collection is a definite must buy. They can be found in toy stores, comic shops, and specialty stores now. 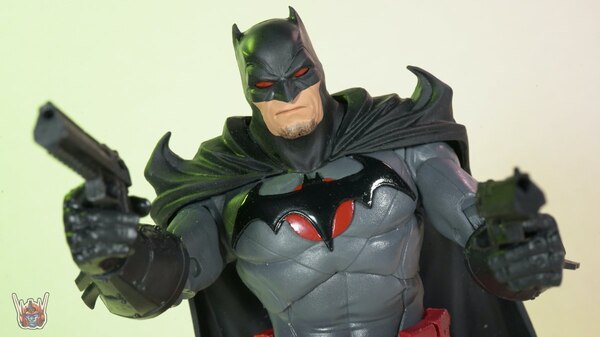 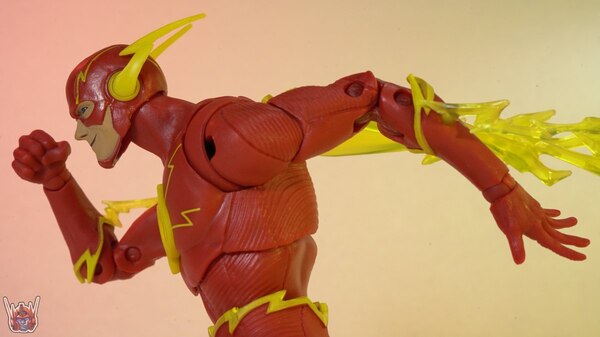 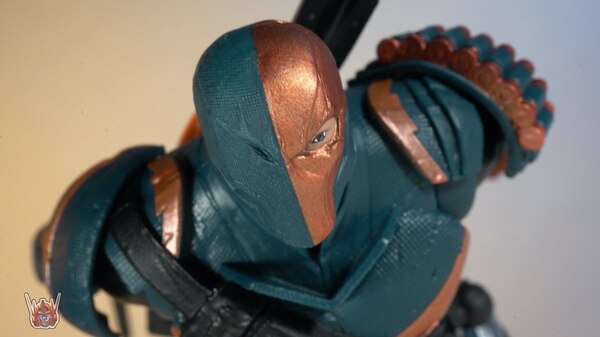 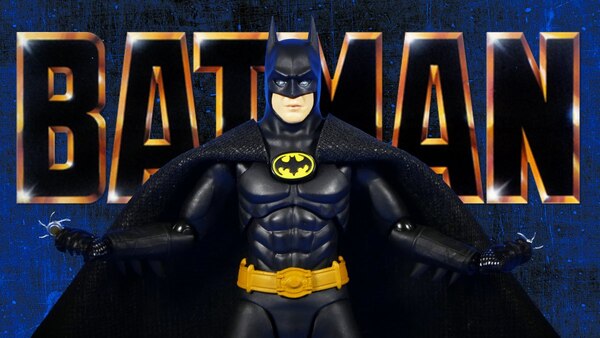