G.I.Joe Comic Solicitations From IDW For May 2012

GI Joe
by Jay Cochran
February 19, 2012
G.I. Joe: Ongoing Vol. 2 #13
Chuck Dixon (w) • Will Rosado (a) • Rosado x 2 (c)
“Deep Terror” begins here! COBRA is digging a miles-deep shaft in the Patagonian wilderness and what they're digging for could change the world forever and NOT in a good way. The Joes are looking for payback after recent events but will the cuts to their operating budget allow for a mission to the bottom of the world? Also: A new JOE arrives at Fort Baxter!
FC • 32 pages • $3.99

Snake Eyes & Storm Shadow #13
Chuck Dixon (w) • Robert Atkins (a) • Atkins x 2 (c)
“Serpent’s Shadow,” part 1! SNAKE EYES returns to Japan to re-join the Arashikage clan to team with STORM SHADOW. Their target: the new COBRA COMMANDER! Will the most dangerous JOE turn his back on his loyalties and his friends just to bring down the new COBRA leader? Only HE knows! And G.I. JOE master penciller Robert Atkins is back on art!
FC • 32 pages • $3.99

Cobra #13
Mike Costa (w) • Antonio Fuso (a) • Fuso x 2 (c)
A NEW ERA BEGINS HERE! The critically-acclaimed COBRA series enters a new era! With the JOEs fragmented, somebody’s got to handle the dirty work. Who will it be? Find out here! When G.I. JOE goes underground, the world will never be the same!
FC • 32 pages • $3.99

G.I. Joe: Retaliation Movie Prequel
John Barber (w) • Salvador Navarro & Atilio Rojo (a) • Salvador Navarro (c)
Snake Eyes and Roadblock. Perhaps the most dangerous of all the JOEs — their combination of stealth, cunning, power, and raw courage is nearly unmatched. Go figure, these two forces of might can't always see eye-to-eye. But when Storm Shadow and his ninja enter the picture, these two JOEs will have to put aside their differences if they want to stop the enemy.
TPB • FC • $17.99 • 104 pages • ISBN 978-1-61377-203-4

Bullet points:
Ą Sets the stage for stars like Bruce Willis, Dwayne Johnson, Channing Tatum, Adrianne Palicki, and the RZA to explode into theaters this summer!

G.I. Joe: A Real American Hero #178
Larry Hama (w) • S L Gallant (a) • Herb Trimpe, Gallant (c)
Cobra is in trouble! The Blue Ninja clan has infiltrated COBRA’s american stronghold and, even with G.I. JOE’s help, they may not be able to stop the destruction. The leader of the Blue Ninjas, a mysterious cyborg that goes by the codename of BN-001, has arrived in Broca Beach as well. And when he goes after SNAKE EYES and BARONESS, his unmatched skills may finally be too much for the silent Arashikage warrior. Prepare for devastation in the newest issue of G.I. Joe: A Real American Hero!
FC • 32 pages • $3.99

Ą “The A Real American Hero book continues to impress on a monthly basis and never fails to immerse me once again in a sense of 10 year old wonder…the same feeling I had when reading the old school Marvel series. They just seem to “get it” which is a rare feat these days.” –generalsjoes.com

Ą “For twelve years, Larry Hama wrote the adventures of every kid’s favorite daring, highly trained, special missions force. Now, almost 20 years later, he picks up right where he left off and it seems like not even a month has passed between titles.” –GeeksOfDoom.com 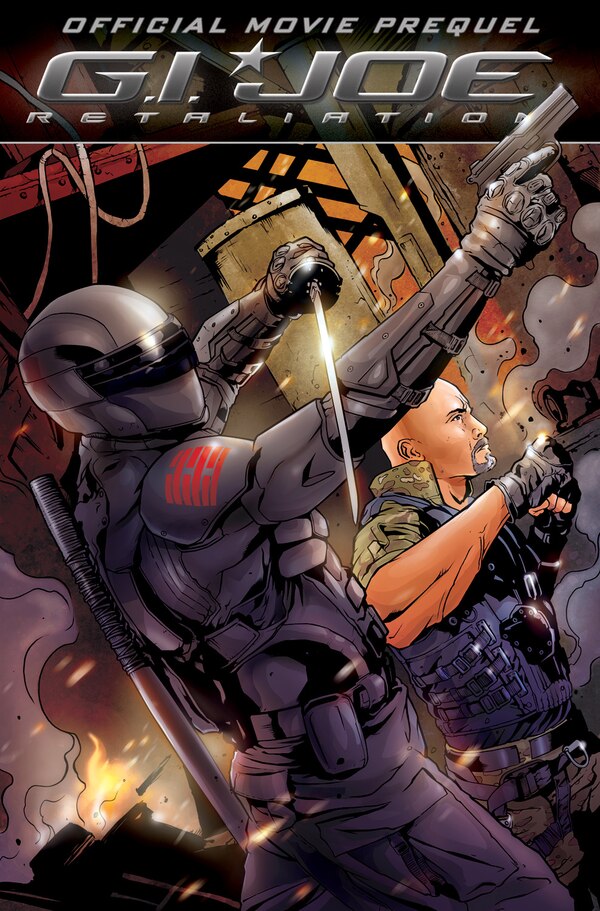 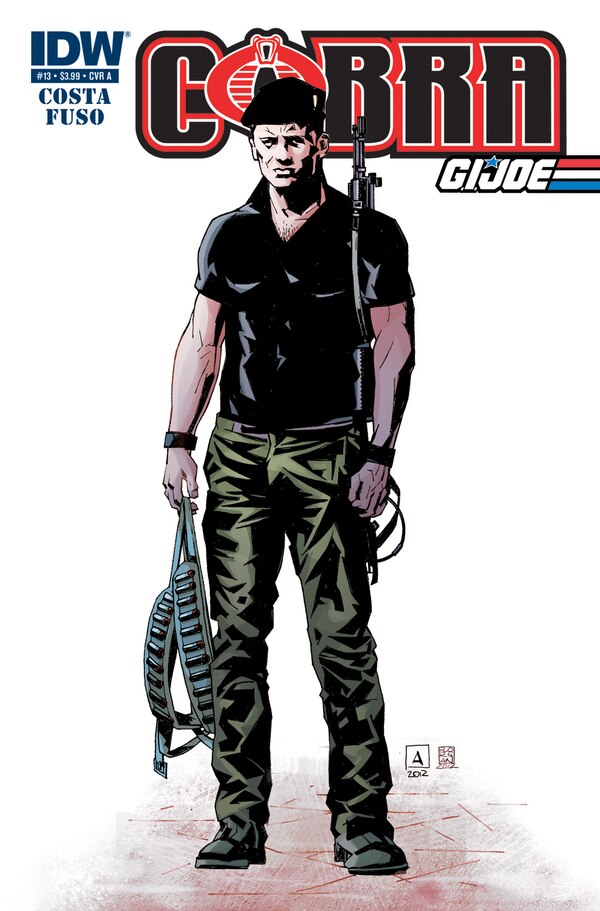 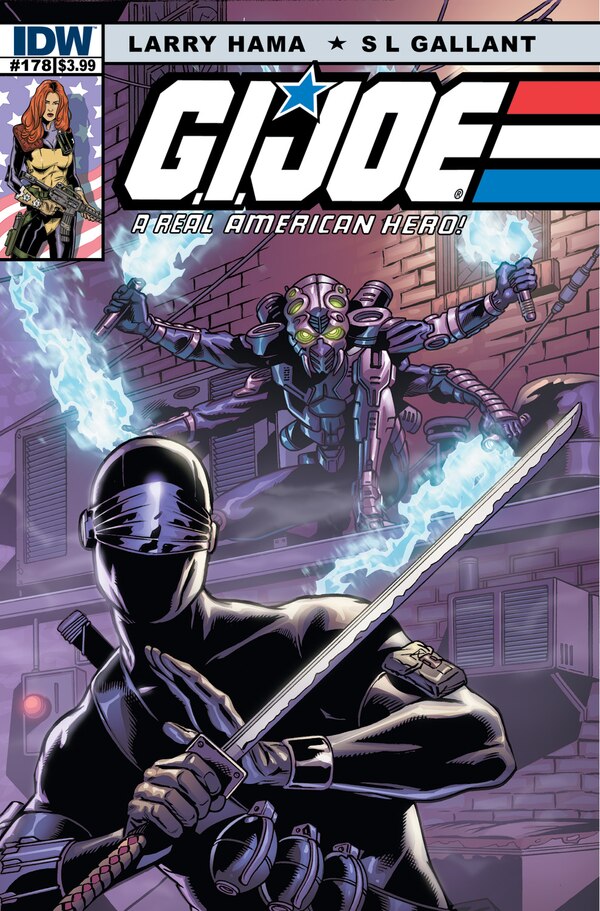 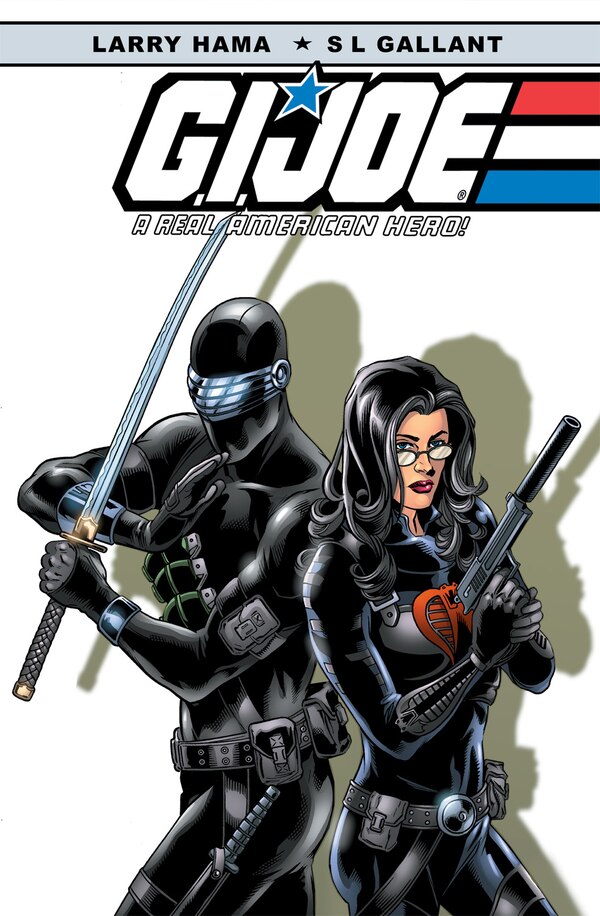 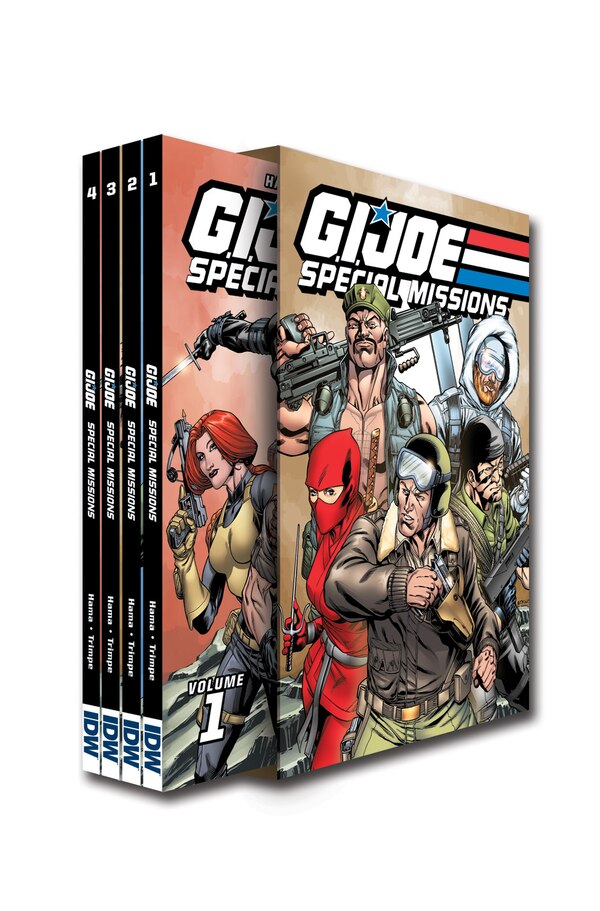 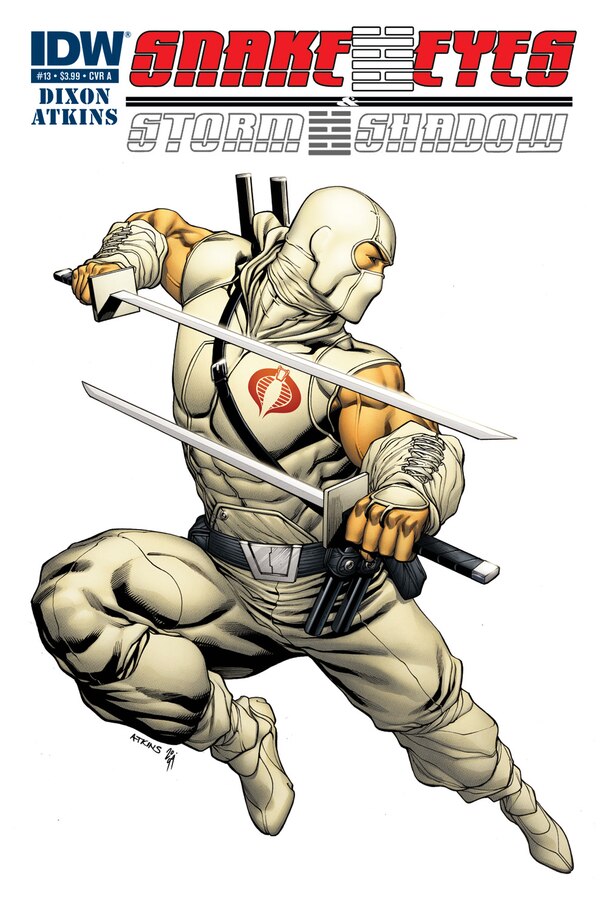