GI Joe
by Jay Cochran
December 03, 2013
One of the most nefarious and recognizable icons in the ranks of Cobra, the Baroness made her first appearance in Marvel Comics’ G.I. Joe #1, in June 1982. Although it took two more years for the dynamic villainess to join the toy line as part of Series Three, by 2002 Hasbro was proud to release a third version of the Baroness figure during the G.I. Joe “Legacy of Valor” Convention in Norfolk, Virginia.

Traditionally known for her seductive appearance with a tight black suit, long black hair and spectacles to match, the all-red version of her costume was quite a departure, and aesthetically well received. Boasting a new file card that would elaborate on her devious motives, the Baroness took charge of the Crimson Strike Team in a boxed set, which also included the Crimson Twins – Tomax and Xamot, and an army builder selection of twelve Crimson Vipers. The Baroness continued to make appearances in her scarlet uniform, ruling alongside the Crimson Cobra Commander, commanding the Crimson Guard – or Siegies, and starring in a 2009 Kansas City convention exclusive G.I Joe VS Cobra comic book titled “Crimson Reign.”

Fueled with an insatiable lust for power, there is no stopping the beautiful, yet deadly Anastasia Decobray, as she takes command of the elite infantry of Viper soldiers known as the Crimson Strike Team.

Primed with an assault rifle and ceremonial Cobra dagger at her hip, the Baroness is dressed to kill in a blood red variation of her traditional form-fitting fabric uniform, featuring sculpted armor details, bright silver accents and a gold aiguillette denoting the height of her military rank and honor.

The Baroness Crimson Strike will be available ONLY through the SideshowCollectibles.com website! She will be priced at $359.99, with incremental payment plan options available. Keep an eye on the weekly Sideshow Newsletter for her pre-order announcement on Thursday, December 5th!
Image 1 of 7 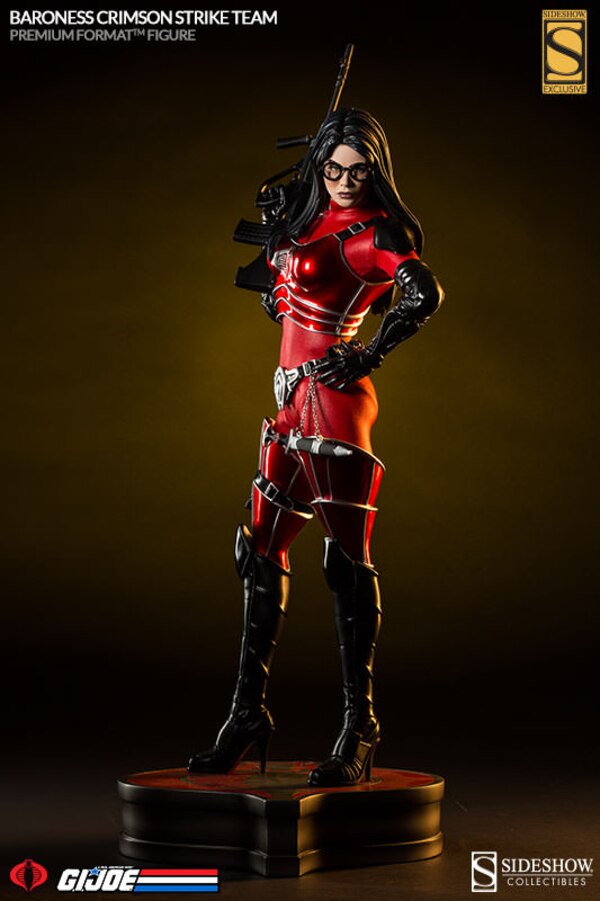 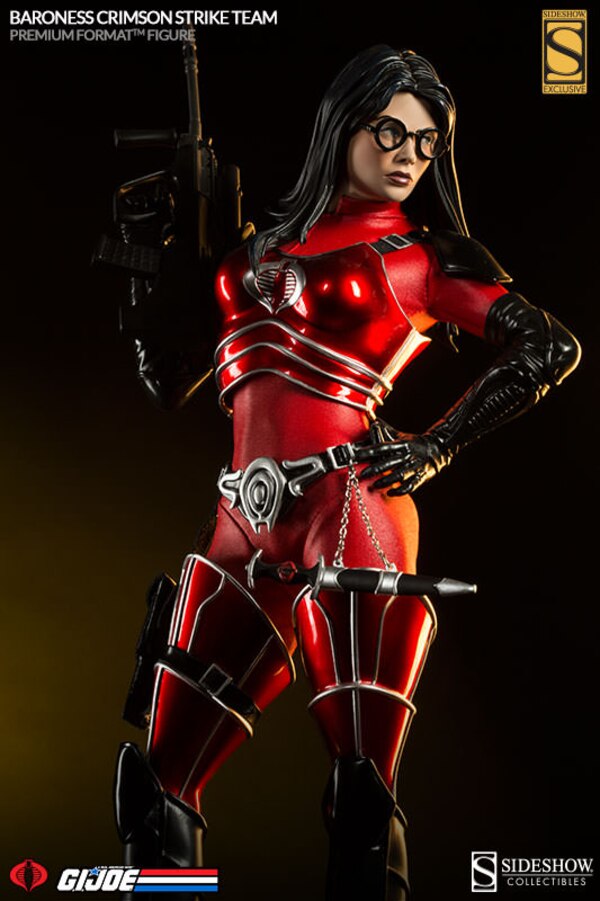 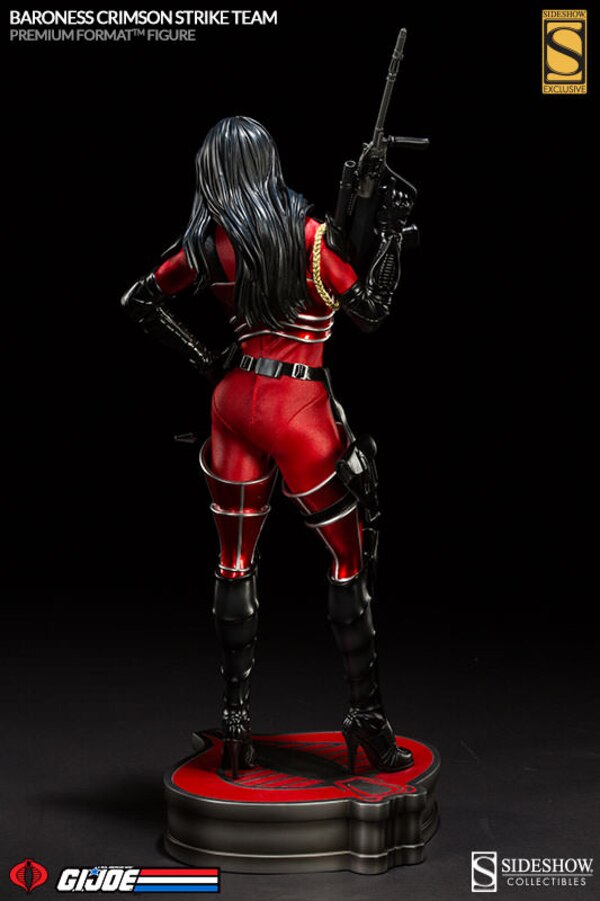 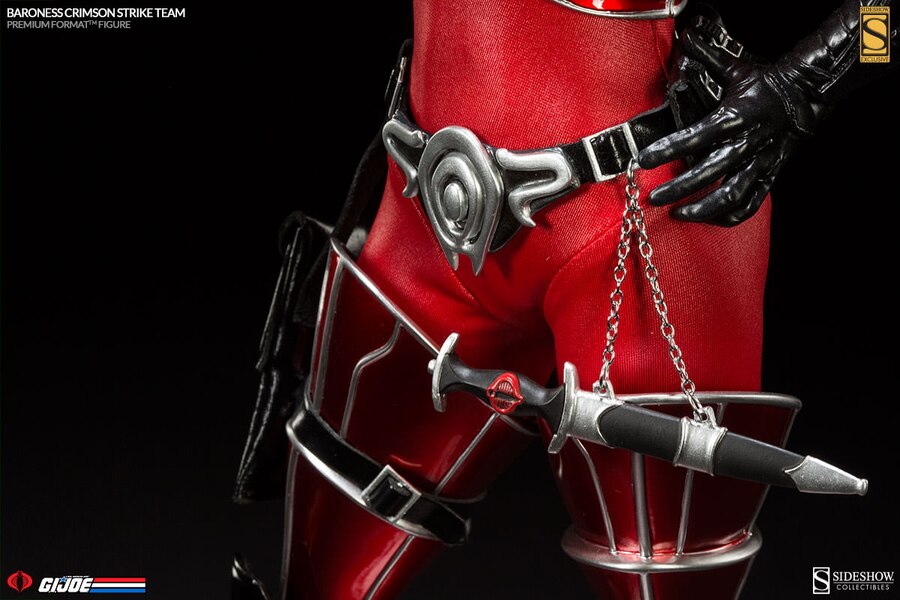 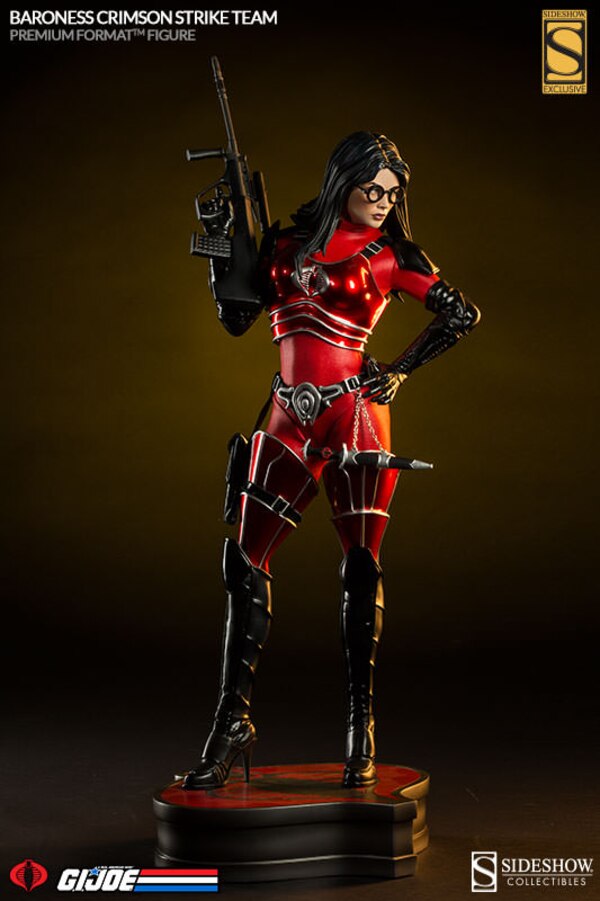 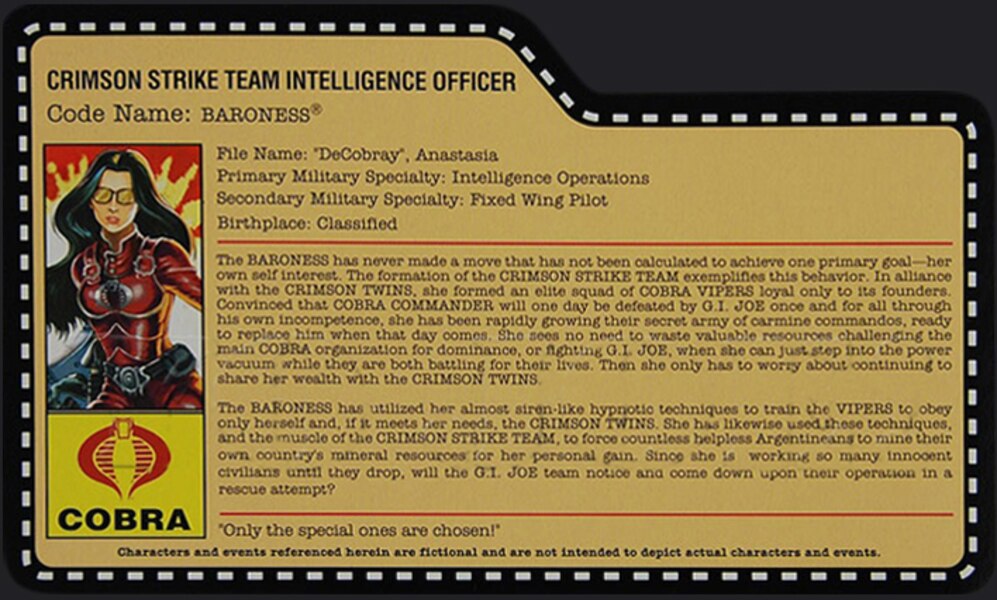 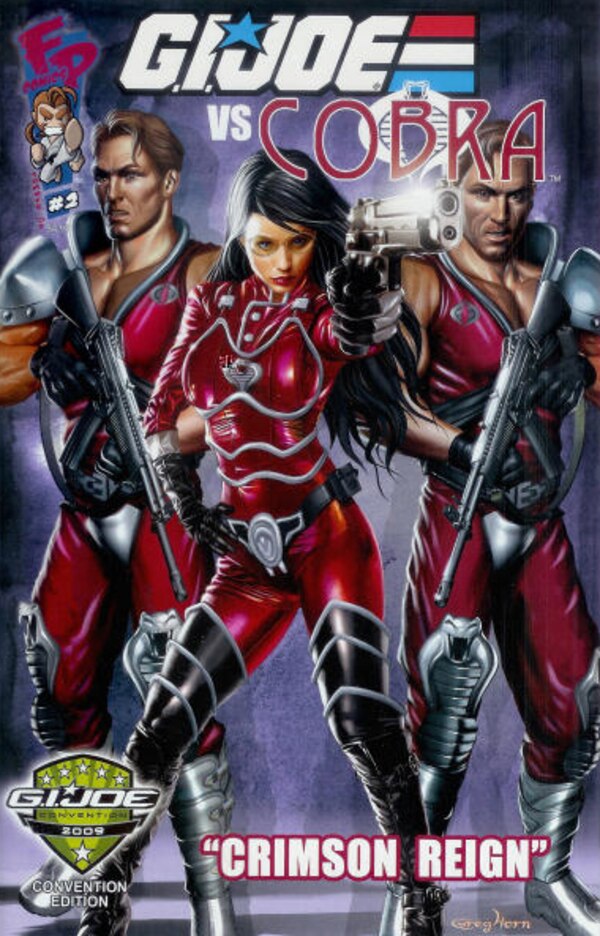