GI Joe
by Jay Cochran
April 21, 2021
UPDATE: This continues to be an evolving story, but it seems the price on Major Bludd has been adjusted in Targets system to $19.99 as opposed to the $22.99 we reported to you earlier this morning. We also have what appears to be an updated release date. According to the Target system the delivery date is now showing 5/19 which means we should see the figure hitting shelves next month. Major Bludd is featuring the code name Asteroid with the DPCI of 087 16 9916 . 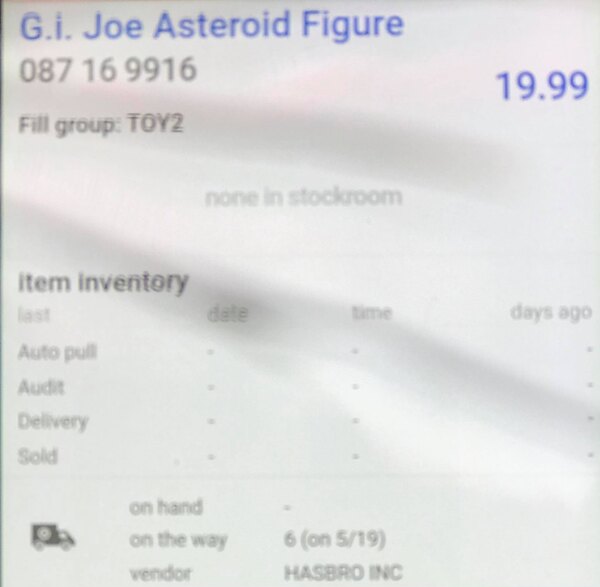 We also have a second listing that popped up today for a G.I. Joe Classified figure with the code name Kepler. The DPCI number is 087-16-4527 and is currently showing a price of $22.99. It has a delivery date of 7/21. It's not clear if this is meant to be an updated listing for the Barbecue figure we mentioned before or something else.

We will continue to update this story as more info becomes available. 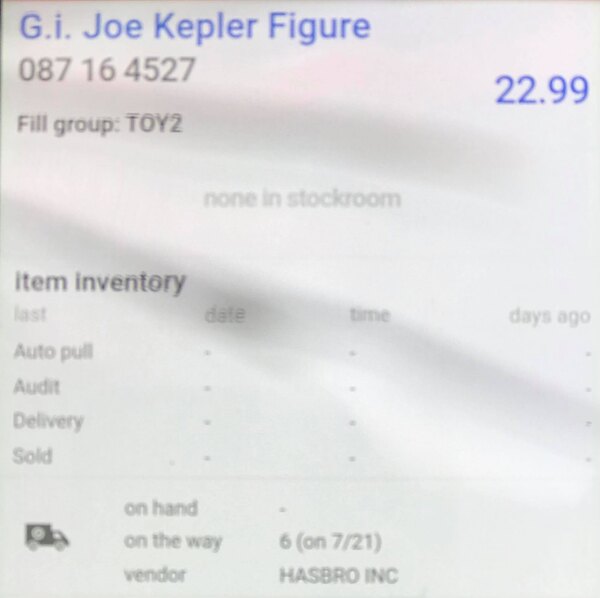 Yesterday we showed you the images of the G.I. Joe Classified 6" Target exclusive Major Bludd figure coming from Hasbro that had surfaced online.

What's strange is that while Major Bludd has been listed in Target's system for a while now, it just recently changed DPCI#'s. Originally it was using the same DPCI# as the general release Classified figures which is 087 16 3310. This is why I wasn't 100% sure if Bludd would in fact be a Target exclusive until we saw the images leak out yesterday.

We should note Barbecue is also listed in the Target system currently with the 087 16 3310 DPCI#. That is another one that has been rumored to be a Target exclusive, so we will see if it soon changes DPCI#'s as well.

The third figure that has been suggested as possibly being a third Target exclusive is the Cobra Alley Viper. At this time we have not seen that one listed in the Target systems at all. While the Alley Viper fits Hasbro's pattern of making Cobra Soldier army builder figures part of this Target exclusive line, we can hope perhaps that one will end up going the general release route.

No indication of a release or ship date on Bludd yet, so we still don't know when we might actually see it arrive at stores or when Target might decide to put it up for pre-order/purchase on their website.

We will update this story as we learn more.
Image 1 of 5 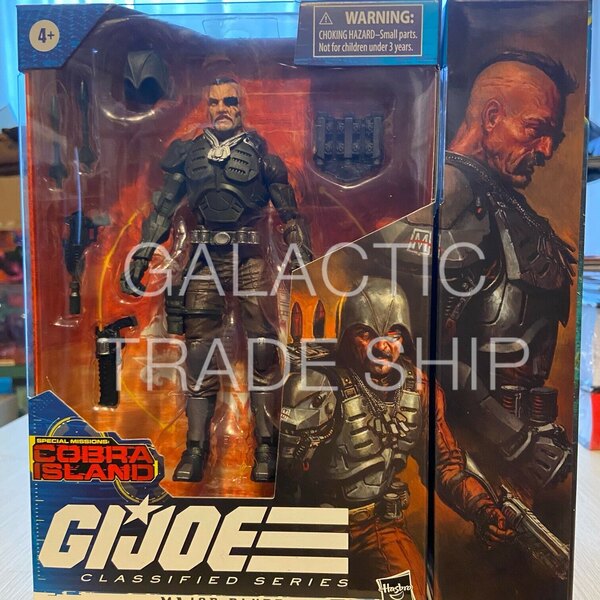 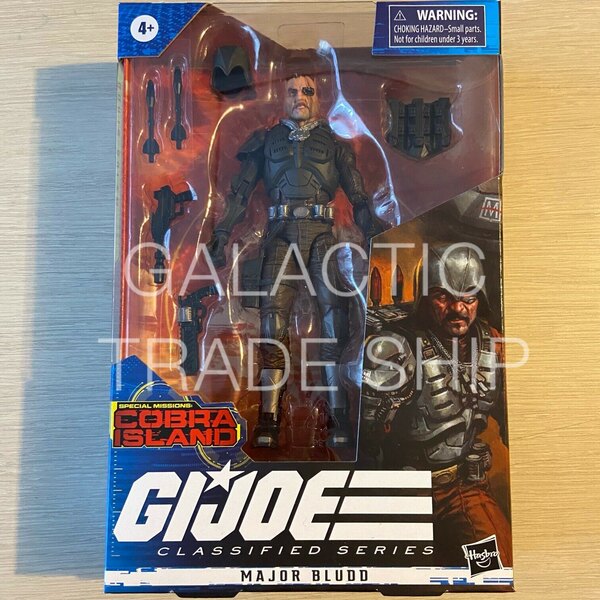 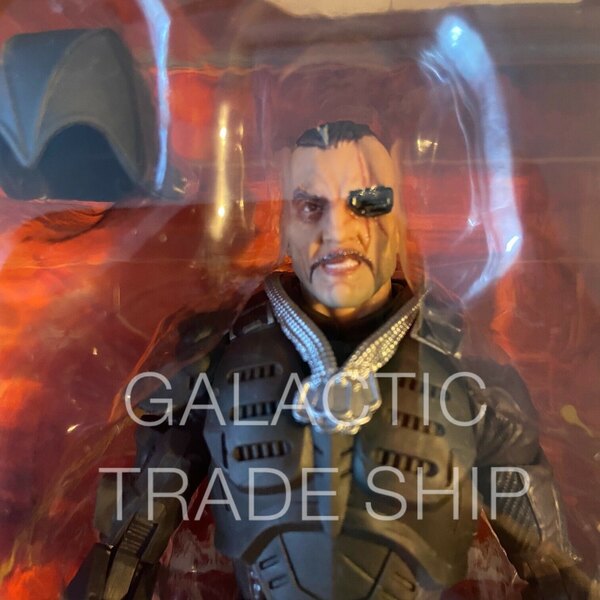 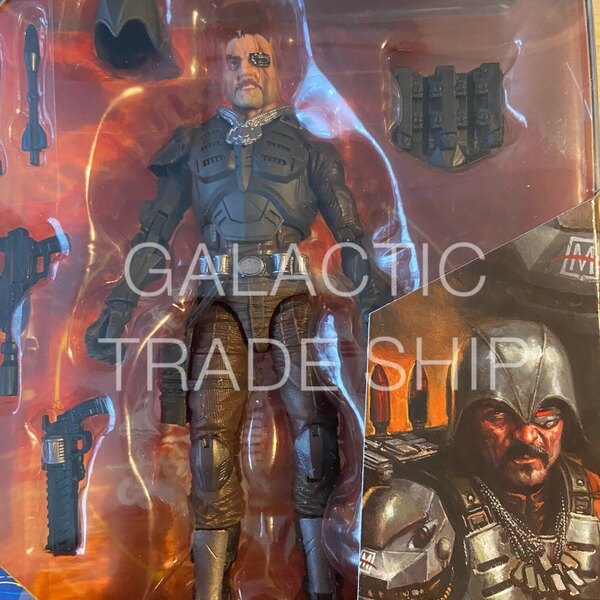 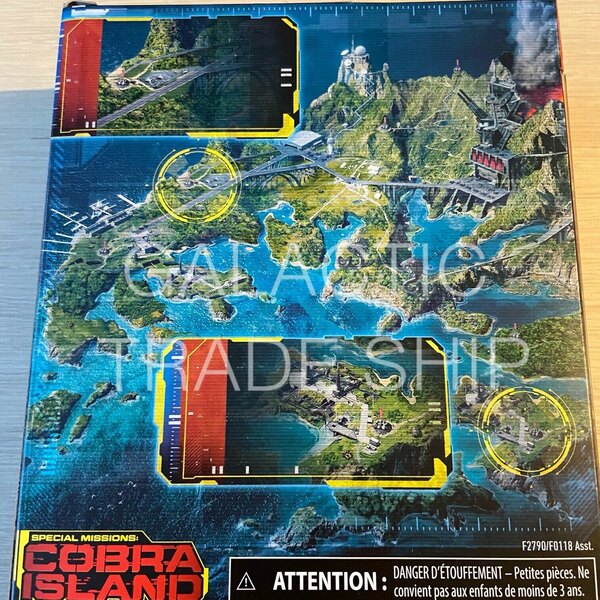 Too bad. It's a nice figure I would buy.

Very nice but the only bad thing is that they are not available online...??

I just came from a couple Targets and saw 3 Cobra Commanders, 2 Flints, 1 Lady Jaye, and 2 Zartans and a couple of the repainted ones. This whole Cobra Island debacle is irritating. I went there to get a Rise of Evil 2pk from MOTU that the website clearly said they had "Limited Stock" of which means they have 1 and they told me they got 3 in and sold out a while back. In other words I just got lied to and the guy didn't know if he had it or not and didn't seem like he wanted to check in back (nor did I press him to do so). All very discouraging.

Piss off Hasbro and Mattel.

These Joes are looking so great, I was worried when the first three came out. They are really delivering. Well kinda. So hard to get. Hopefully it gets easier.

"Even though it says limit one per order, the Target cart was apparently allowing people to add 10 of them at a time."

LOL, what a surprise. Good luck to those who are on the hunt for this one.

Have you gotten a Bludd for yourself yet, Jay C?