MOTU
by Jay Cochran
January 12, 2014
As 2014 kicks off Mattel is already asking Masters of the Universe fans to start preparing to anti up their 2015 subscriptions which will open in July. Here is the long message they posted to their Facebook page:

Happy New Year, everyone! And welcome to the top of another exciting year collecting Masters of the Universe Classics on Mattycollector.com!

Here at the top of 2014 is a very interesting point in the line to take a moment and pause for reflection. Not only on where we have been, but on where we are going as well. We are now into our sixth year of the line (I know we had three releases in 2008, but 2009 was really the first full year). It has been a long and amazing ride. Never in my wildest imagination did I think we would get this deep into the line (almost to our 150th figure!) nor did I think I would have the privilege and honor of getting to head-up the line for this long. Truly a personal dream come true as a toy collector and MOTU fan myself!

As we enter 2014, we are clearly at a turning point for MOTUC. No longer are we looking up a big mountain wondering where the peak will be, but rather it is now the point where we are looking down the other side, celebrating the victory of making the MOTUC Castle Grayskull happen (that was all you guys, you know!) as well as the roadmap to “complete the line.”

Some longtime fans know that MOTUC was originally created and always had the intent of being the most all-inclusive MOTU line possible, incorporating characters from the widest variety of source material - from vintage toys to Filmation and mini comics. All sculpted and designed around the same “buck” (or shared part) system to create one unified universal look for all characters. When we kicked off the line back in 2007-2009, a long term roadmap was created that spread out the releases over many years to ensure that each year had a robust selection and we did not burn through too many hot characters too quickly, leaving far out (at the time) years like 2013 and 2014 with very little to offer.

This initial strategy has paid off very well helping to ensure recent years still contained huge fan-demanded characters like Ram Man and Horde Troopers, all deliberately held back for these years to keep the line fresh and hot.

But the inevitable happened and the cost to produce these figures slowly crept up, to the point that in 2013 we finally had to accept a price increase. Along with this, we heard fans loud and clear that the robust nature of the line was getting a little too robust and under the new higher prices more obscure characters like the Fighting Foe Men or Karatii might not be what most fans wanted.

And we listened to you!

As promised back in 2012 when the 2013 sub was sold, we reworked the original roadmap (which stretched out to 2017/2018) and combined the last few years into two “final” years that would be needed to complete all of the vintage MOTU, POP and A-list most fan-demanded figures from other lines such as NA, 200X, Filmation, mini comics etc. We dropped a lot of the “filler” figures and focused on getting the most demanded figures out there before prices rose to the point that it would cost more to make the figure than fans were willing to pay.

So that brings us to 2014…the first year of the “new roadmap.” I’m pretty confident that I can say we held true to our promise. With 60-70% of 2014 already revealed, I haven’t seen much chatter that the figures revealed thus far are “off the map” and new strategy. One of the more “frustrating” things about working in the toy industry is that it takes 12-16 months for any changes to happen. This meant even when we promised fans a new roadmap during SDCC 2012, it still meant 2013 had to be produced under the original road map/strategy of offering the most robust character selection possible. So there were still a few tail-end obscure characters that made it out in 2013.

That all finally changes!

Now we are finally at 2014, just days away from the first “revised roadmap” figure, Two-Bad , shipping to subscribers. Our goal for the next two years is to crank out all of the remaining MIA characters to ensure the vintage roadmap is complete by the end of 2015. As promised in 2012, we are keeping prices flat in 2014 to the 2013 prices, but it is likely come 2015 there will be a very small price increase (in comparison to the large price increase we had in 2013). But they key takeaway is that in order to deliver on fan expectations to complete the new revised roadmap, we need all the SKUs and slots we can get in both 2014 and 2015. Without a 2015 line, we will be a little short.

That being said, a TON of work from Mattel design, marketing and the Four Horsemen went into crafting 2014 and 2015. Both years add up to be two sides of the same coin. Half of the remaining figures will be offered in 2014 and the other half will be in 2015, should we hit the minimum quota to get a 2015 sub.

There are always going to be personal favorites who may not make the list (Filmation alone has hundreds of characters we have not gotten to!) but once all of 2014 and 2015 are announced and sold, I think for the most part fans will look at the two year line-up and be hard pressed to say “that figure/character should not have been released in lieu of this other one” (i.e., are we not going to release Rio Blast so we can do the Guy in Yellow shorts playing tug of war in the mini-comics? I don’t think so!).

This does not mean in any way 2015 is guaranteed to be the last year of Classics. But standing at the top of 2014, I do feel we are clearly looking down a mountain and not up one. For the most part, fans should have a good idea of who is coming in the next 24 months (just look at the vintage lines and see who has yet to be released!). But in order to pull this off and ensure MOTUC truly reaches its end-goal and full potential, we’ll need your help.

The 2015 sub buy-in is only seven months away and we will truly need full support to make this final year happen. Let’s not lose steam now and let a few figs remain in limbo. Mattel and the whole MattyCollector.com team want nothing more than to go out on a high note. So as we head into 2014 and into the revised roadmap that is here at last, let’s not lose sight of the importance of supporting the 2015 sub. We can only make these figures when we have an audience to buy them. And this line has always been by fans, for fans, driven by fan purchases.

This deep into the line, we are definitely hitting what I call 50% territory. There are a lot of figs set for the next 24 months that about 50% of fans love and 50% might be able to do without. Some POP fans want nothing to do with NA and the same the other way around. I see Madame Razz, for example, getting a lot of “I want her!” posts and just as many “please don’t make her!” posts.

But just as with the diversity of MOTU itself, finishing off this line will take all of us coming together. As an example, POP fans need to support NA figs to get their POP collection finished, and NA fans need to support POP figures to get their NA MIA figs made. I know this may mean not every figure will be for every fan. But this line is truly about coming together. If we all support the next two years, we all win. Should any one “sub” group of fans choose to bail, it will only hurt the chances of making us all happy.

So as we enter 2014, let’s unite. Let’s unite as a fan base and show the whole toy collecting world that there are no fans like MOTU fans. Together we can all make this happen. We have 24 months to go to lock this up. No fatigue now. Not the time to bail.

MOTUC has the very real potential of making EVERY figure from the vintage MOTU and POP lines, as well as A-list characters from other cannons and media. We can make this happen. We are so close now, it is not time to lose steam! It will take all of us supporting all of the figures to make every fan happy. The MOTU fan base in unlike any other toy or brand fan group. We support diversity and work together. When we started this line, we all thought it would be cool to get to six figures and an SDCC item. Now we are standing at an unprecedented point about to make the final leap.

The revised roadmap is finally here. All 2013 figures were part of the old strategy and the old roadmap. It is an all new ball game starting with Two Bad, Glimmer and Hydron this quarter. We have a few surprises left, and again, it does not mean 2015 is THE END. As long as we have support we would love to keep this going. But we do have a clear roadmap for the next two years. This is the time to be more excited than ever. We are so close to achieving a rarely accomplished goal in toy collecting – modern interpretations of EVERY vintage fig.

And one last thing to consider, as we head into 2014 and by Grayskull hoping we get to 2015, fans are going to get A LOT more value in their figures. The characters we have left, for a good part, have a lot more tooling needed. Giant wings, backpacks, tails, and a ton of new parts. If you compare 2014 and 2015 to what we offered in 2009, price value, figure to figure, fans are going to be getting a ton more. Zodac was a new head, armor and gun, Extendar is almost fully tooled and comes with a ton of accessories. 2014 and 2015 will be well worth the price of admission!

I couldn’t be more excited for the next two years and I am so glad to share this experience with all of you. Like we did for the Castle, together we can make this happen. It is all in your hands. 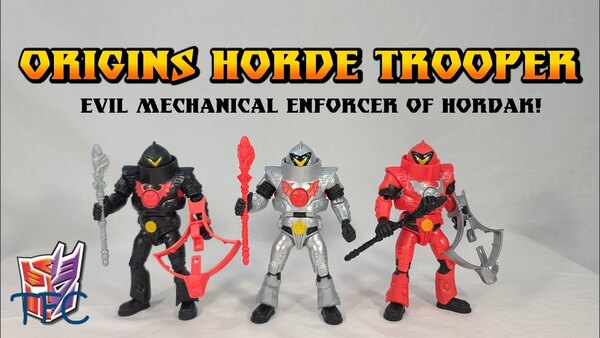 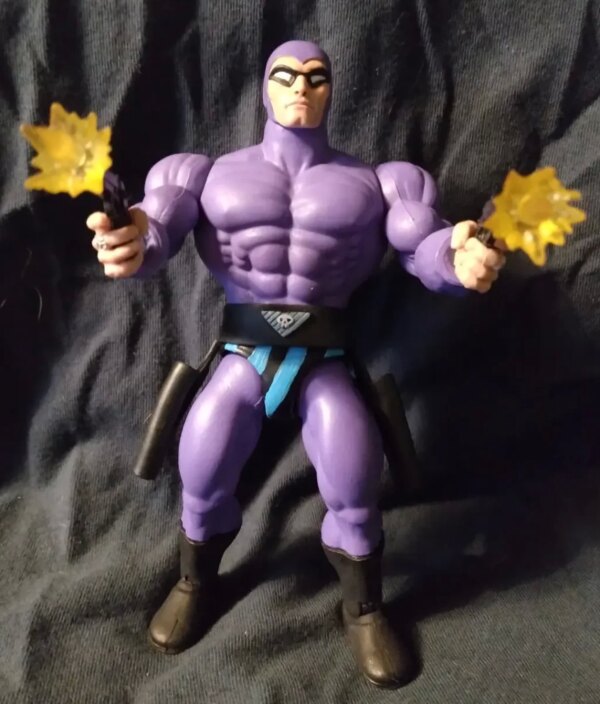 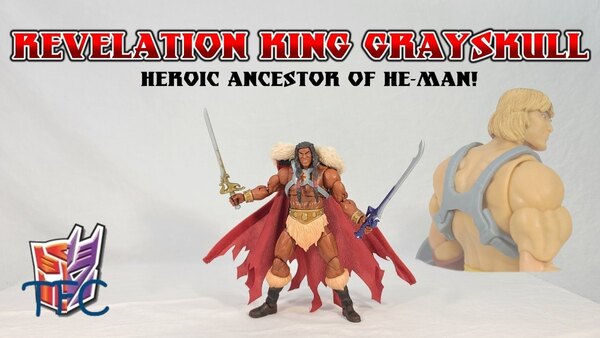 Masters Of The Universe: Origins Fisto Video Review And Images 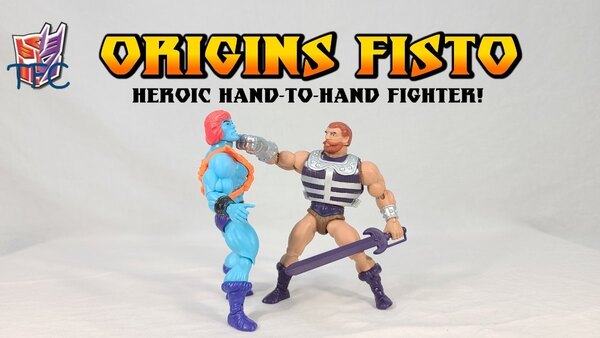 Masters Of The Universe: Origins Lords Of Power Mer-Man Video Review And Images 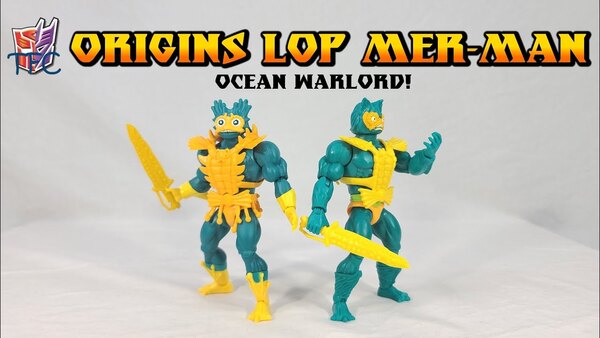