Diamond Select
by Jay Cochran
September 12, 2014
It's almost that time of year again. The time when creatures and monsters roam the night, and haunt the aisle of your local toy stores! The newest assortment of Universal Monsters action figures is out now at Toys "R" Us and is coming soon to comic shops and specialty stores, as well as an all-new figure of the greatest monster hunter of all time!

Currently at Toys "R" Us are two brand-new 7-inch-scale action figures: Frankenstein's Monster as he appears in Son of Frankenstein, and a super-poseable version of the Creature from the Black Lagoon. Both feature entirely new sculpts by Jean St. Jean, and both come packaged on a blister card with a small display base. Additionally, the Monster comes with the prosthetic arm of Inspector Krogh.

As a bonus, hanging alongside the Creature and Monster is Diamond Select Toys' original take on the famous monster hunter, Van Helsing! Also sculpted by St. Jean, Van Helsing stands around 7 inches tall, and comes armed with an axe, a sword, a crossbow and a rifle, all of which can be carried on his back. It's the perfect companion figure to your Universal Monsters collection!

If you don't have a Toys "R" Us near you, sleep with one eye open, because all three figures are also coming to your local comic shop in deluxe Select versions! On September 17th, the Universal Monsters Select editions of the Monster and Creature arrive, and each comes with a larger diorama base. The Monster's base replicates the laboratory wreckage from the end of the film, and the Creature comes with an undersea rock formation, complete with tropical fish and a human skull!

The Select version of Van Helsing includes a cemetery base, featuring two headstones and a female vampire rising from the grave. All three Select figures come packaged in larger, display-ready Select packaging, which has spine artwork for easy shelf reference.

Pick up the Toys "R" Us figures today, or pre-order the Select figures at your local comic shop!
Image 1 of 9 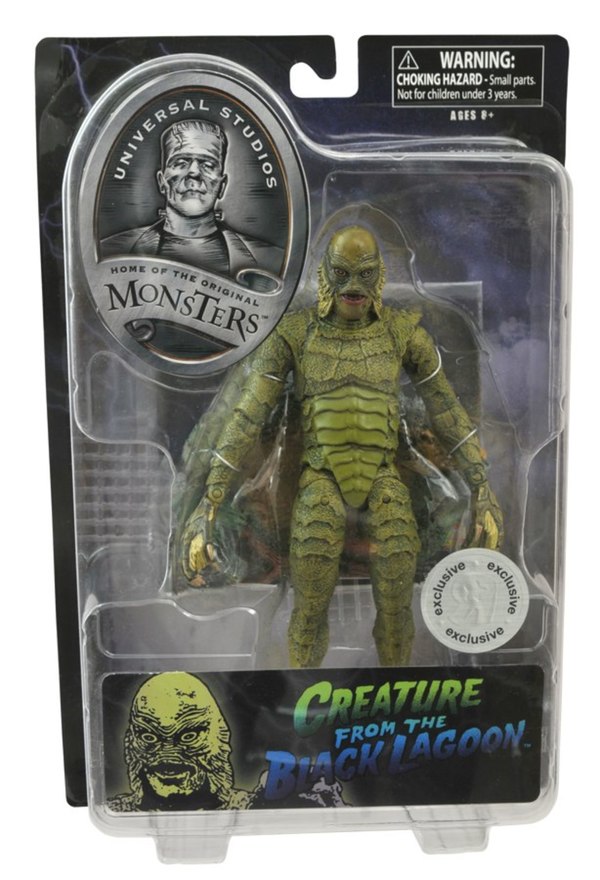 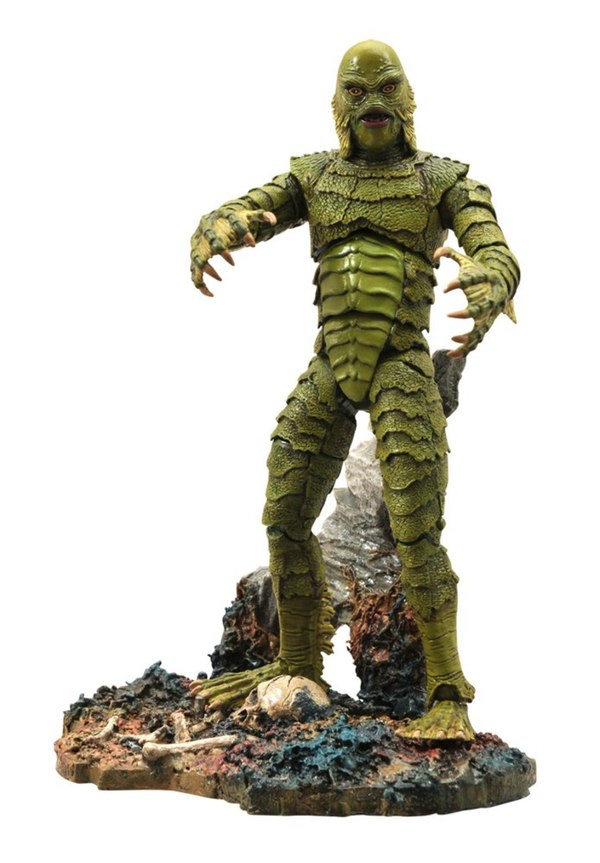 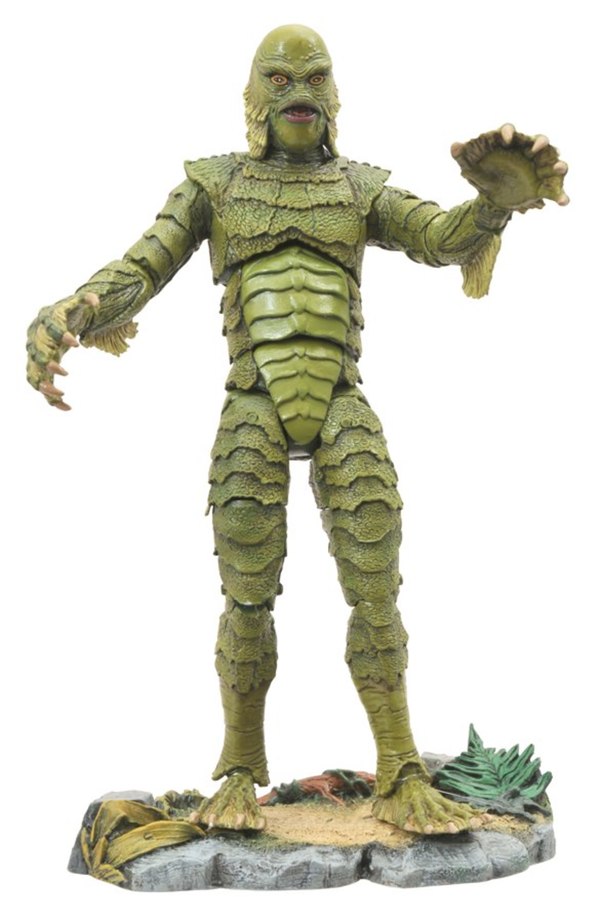 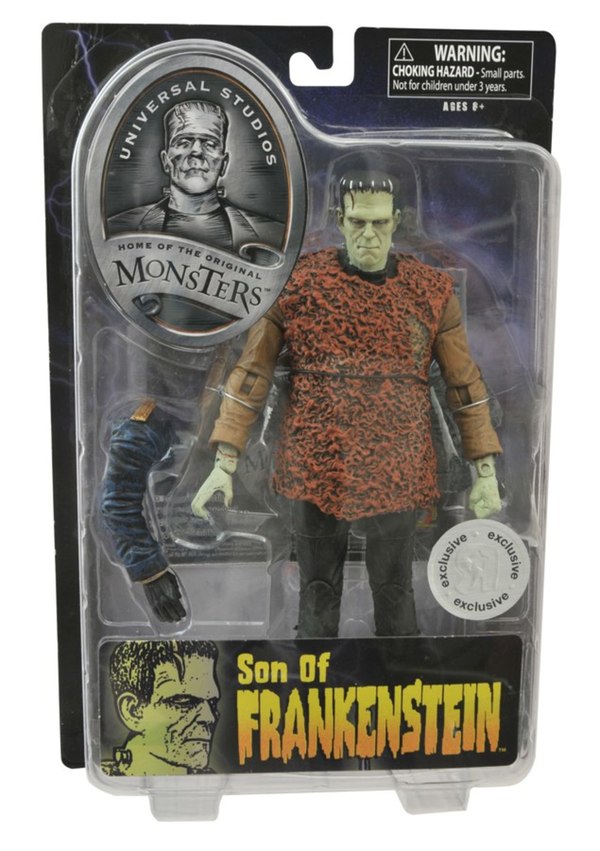 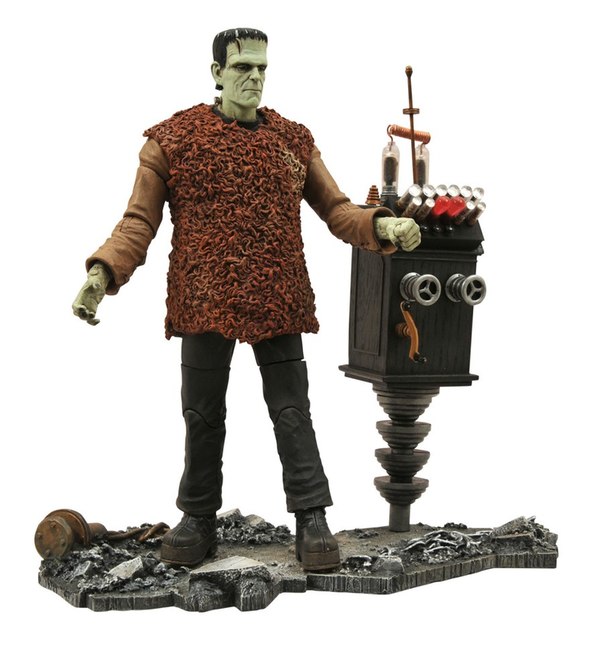 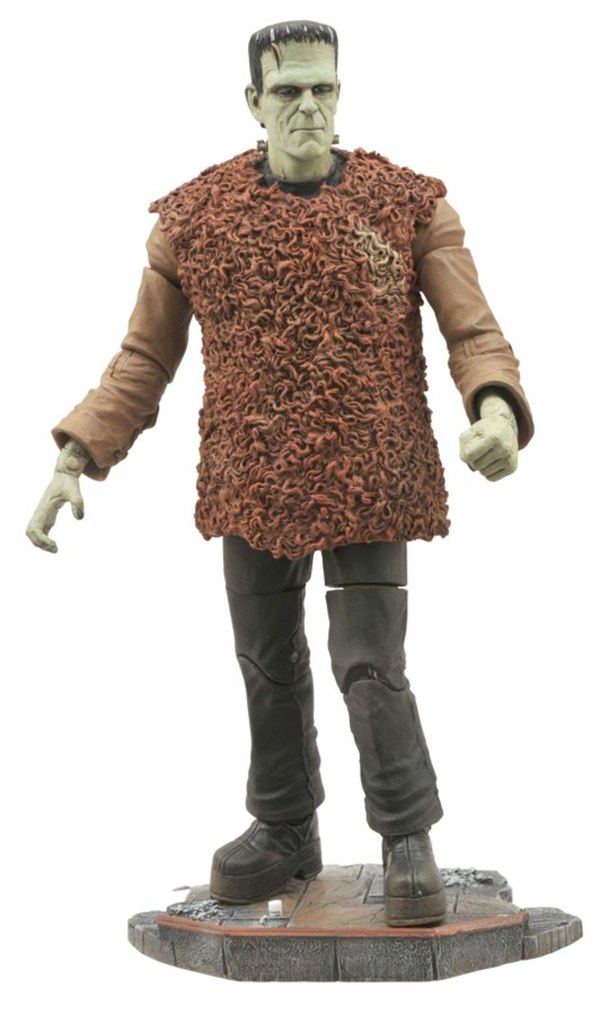 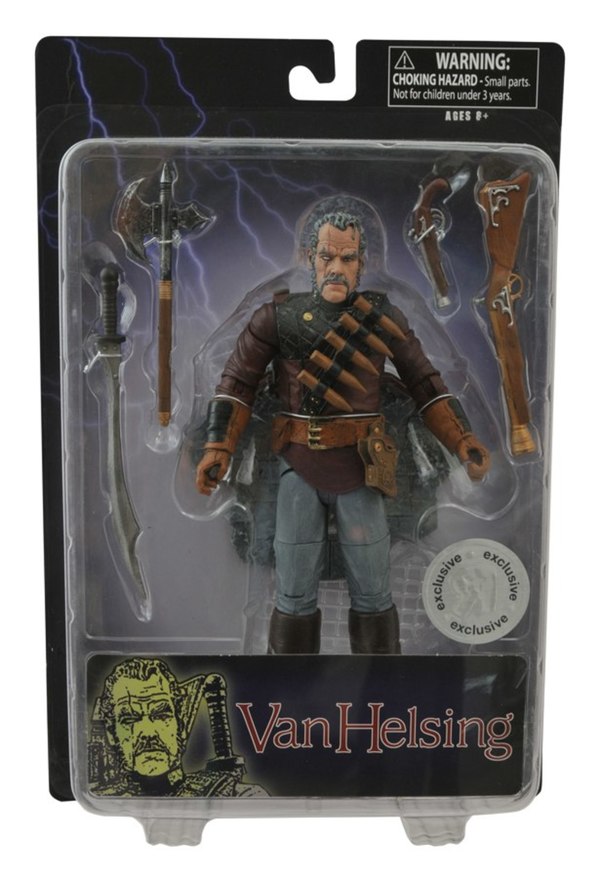 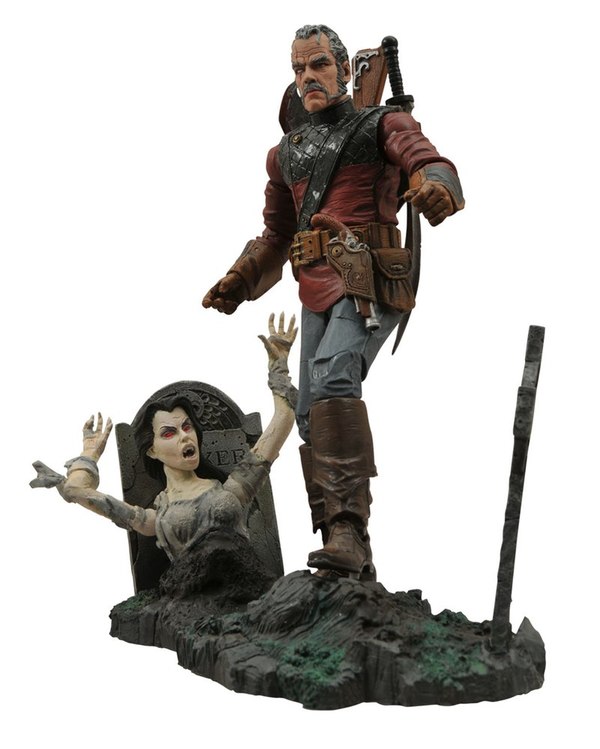 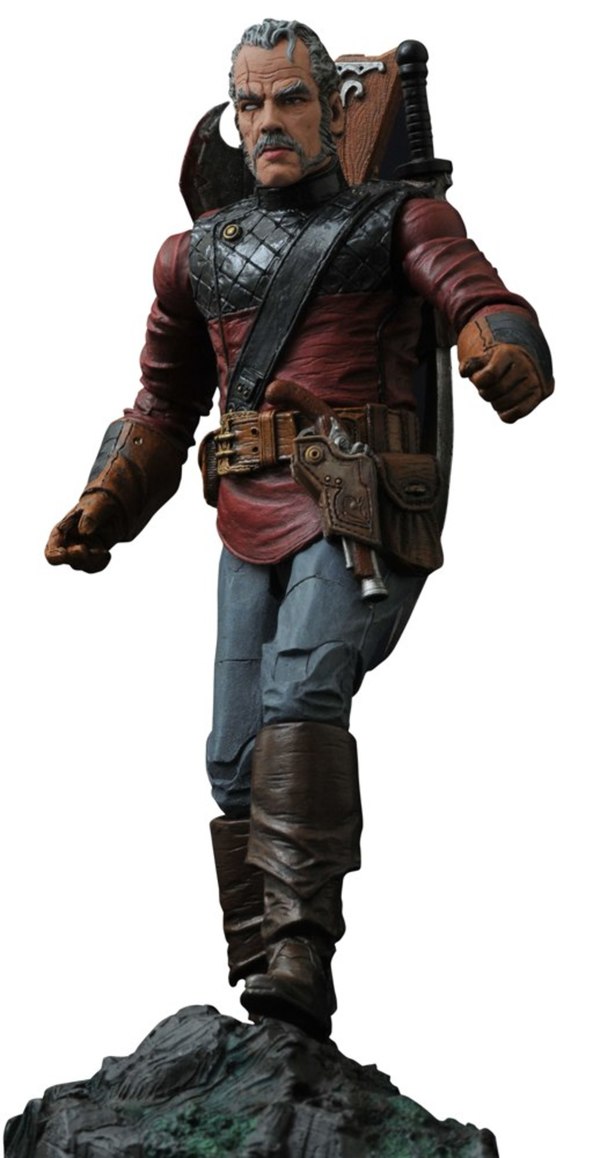 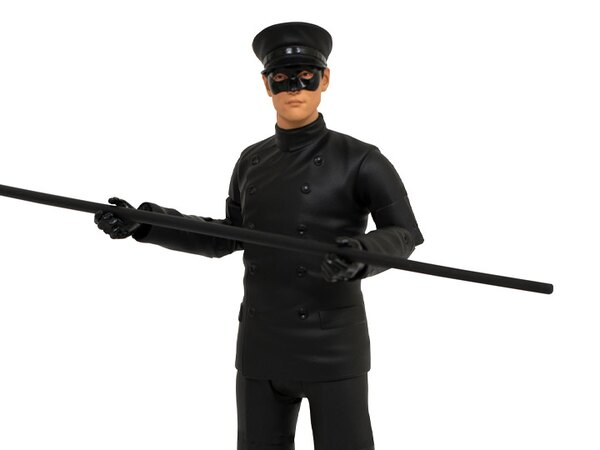