Diamond Select
by Jay Cochran
June 03, 2015
The name Clayburn Moore is well-known in toy and statue collector circles, and rightfully so. As a sculptor, his mastery of the human form is evident in every piece he creates, and as the founder of his own company, he oversaw the release of numerous toys and statues beloved by collectors. After a long freelance relationship with Mr. Moore, Diamond Select Toys is proud to announce that they will retain his tremendous talent on a full-time basis, as Moore takes lead sculpting duties on several new statue lines for the company, as well as Art Director duties on other lines.

Moore’s deft hands will relaunch Diamond Select’s Premier Collection 12” resin statue line, beginning with his sculpts of Batgirl and Catwoman from the Batman Classic TV Series. Moore will also revive the Marvel Premier Collection, sculpting all-new statues of Marvel’s greatest heroes and heroines in a 12” scale, marking DST’s grand return to comic-based Marvel statues. (Moore himself kicked off the Marvel Premier line in 2002, with his sculptures of the Black Cat, the White Queen and Spider-Man.) A third Premier Collection line, based on Batman: The Animated Series, will follow.

Additionally, Moore will take up the Art Director reins on the new Marvel Femme Fatales PVC statue line, featuring 9” renditions of Marvel’s heroines by a variety of sculptors. He will also oversee future Femme Fatales releases based on other licenses.

"Working with the terrific folks at DST is as natural as working with family,” says Moore. “I've known them a long time, and we've always had a great time working together on some projects that have turned out to be some of my favorite pieces. I've really enjoyed working on the Batman Classic TV Show sculptures, and I can't wait to get started on the Marvel characters."

“We work with many artists and sculptors at DST, and Clay has always been one of the greats,” says Diamond Select Toys President Chuck Terceira. “He’s not only a prodigious talent, he’s also a genuine pleasure to work with – he already felt like family, so it’s very fitting that he is now with us full-time. We’ve created great pieces with him in the past, and his new work surpasses those previous creations. The response to Batgirl has been phenomenal, and Clay’s just getting started.”

After refining his sculptural training in Italy, Moore quickly made a name for himself as a freelance sculptor, creating pieces for several manufacturers before setting off on his own in the 1990s, signing his own licenses under the Moore Creations and Moore Action Collectibles banners. Praised for his rendition of the female form, Moore has sculpted statues for all of the top comic publishers, and released fan-favorite toy lines based on Buffy the Vampire Slayer, Futurama, Witchblade, Chaos, Vampirella, Fathom, and Beavis and Butthead.
Image 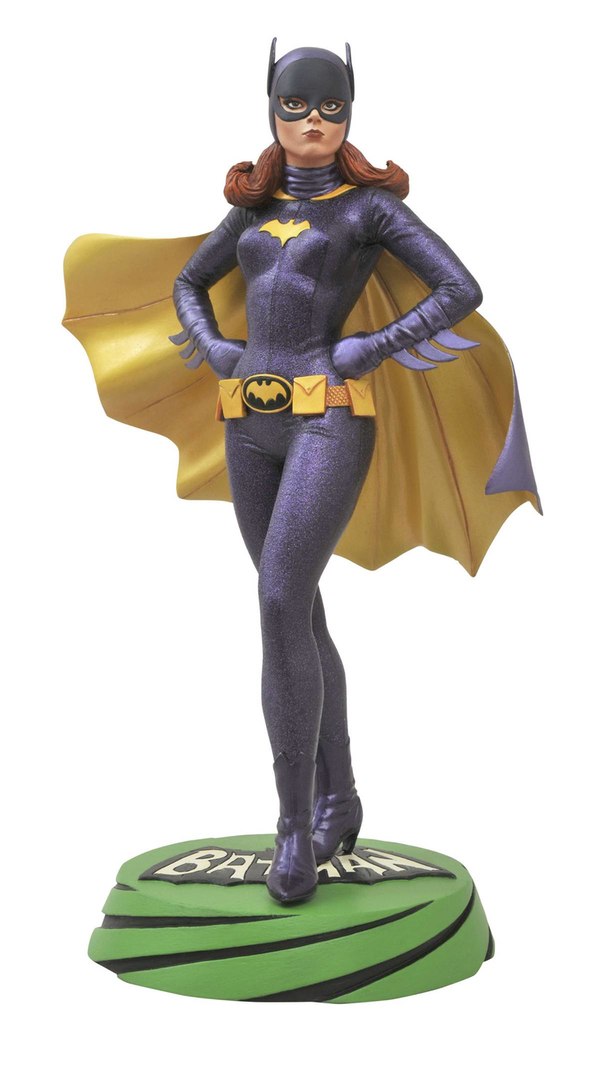