One: 12 Collective Space Ghost With Blip

Mezco
by Jay Cochran
June 01, 2016
Intergalactic crime fighter Space Ghost patrols the known galaxies in his ship the Phantom Cruiser. Using the powerbands on his wrists Space Ghost deploys different types of energy rays. The bands are capable of emitting magna rays, destroyer rays, freeze rays, and can even produce a force-field ray depending on what combinations of buttons he presses.

The One:12 Collective Space Ghost includes each of these rays as meticulously crafted accessories that attach to Space Ghost's hands to create dynamic action poses. Using his belt, he not only has the ability to fly but the power of invisibility as well. The belt also allows him to phase through walls and other solid objects. A communicator is concealed in the silhouette on his cowl collar, allowing him to interface not only with the Phantom Cruiser and his base on the Ghost Planet, but Blip the monkey as well.

Featuring over 32 points of articulation, intricate sculptural work, incredible costume detailing and tons of accessories, the final product creates an iconic classic vision with a "real world" look. Space Ghost comes with his trusted companion, Blip the monkey. Blip features an exceptionally realistic sculpt and has over 10 points of articulation.

Each figure is packaged in a deluxe, fifth panel window box with a removable slipcover. Designed for collector convenience, the packaging allows for both maximum protection as well as ease of removal for display. Look for it to be released in November/December 2016.
Image 1 of 10 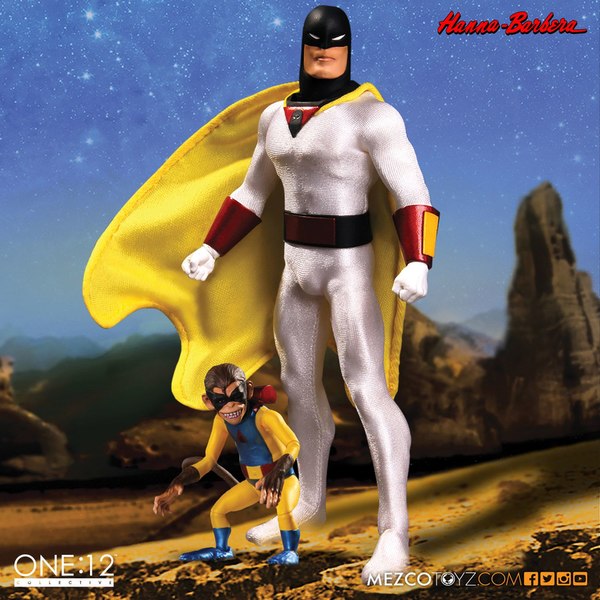 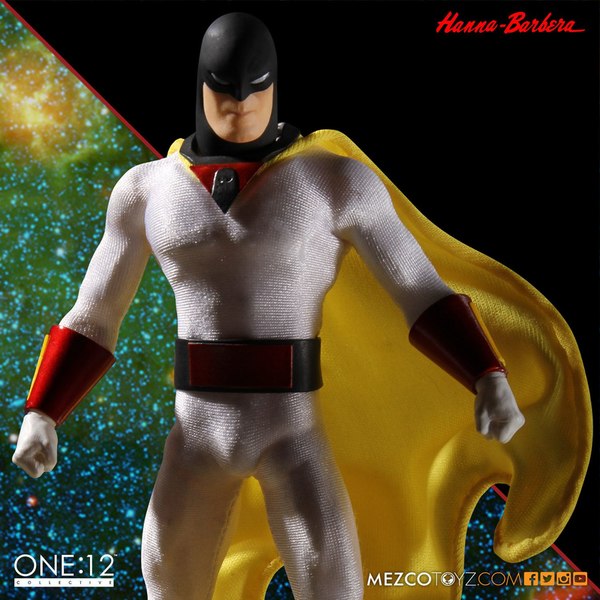 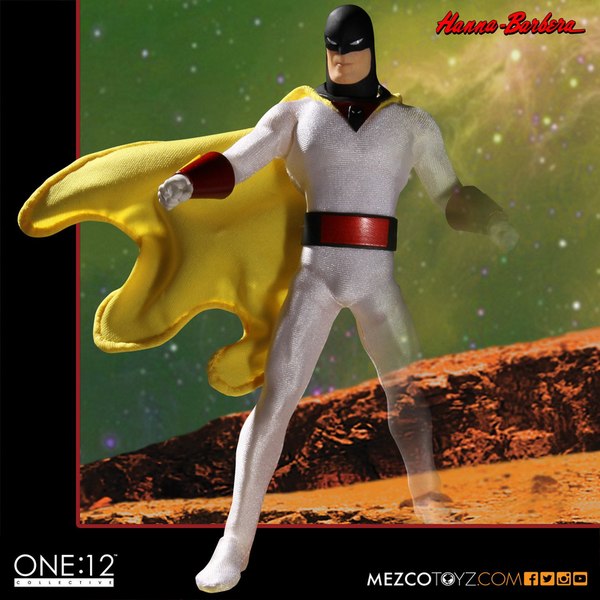 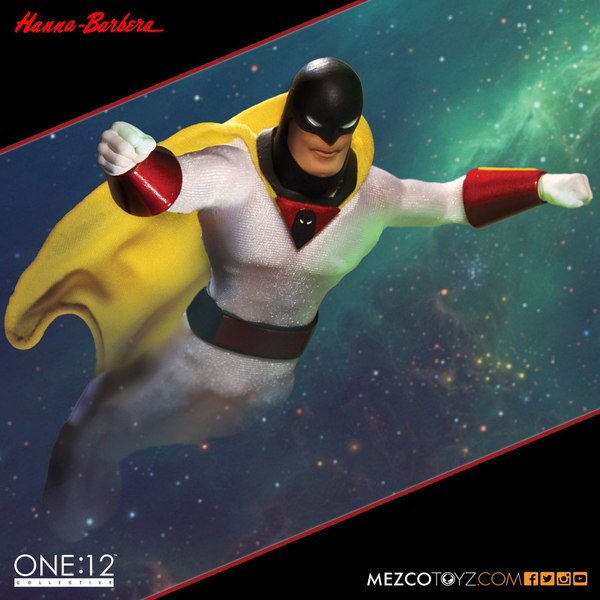 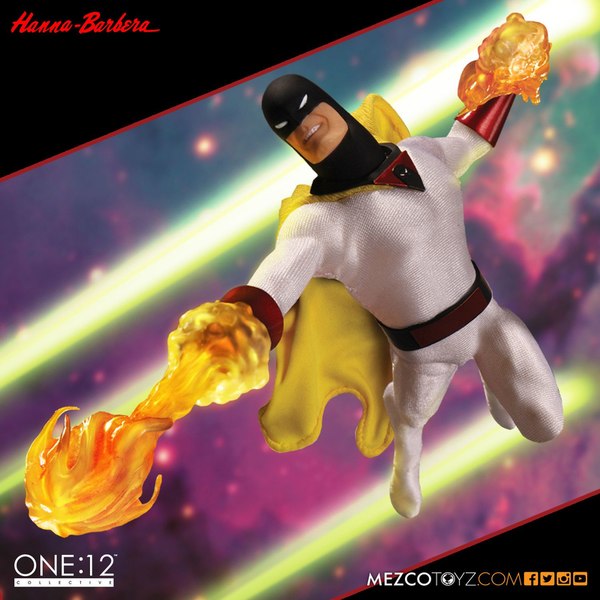 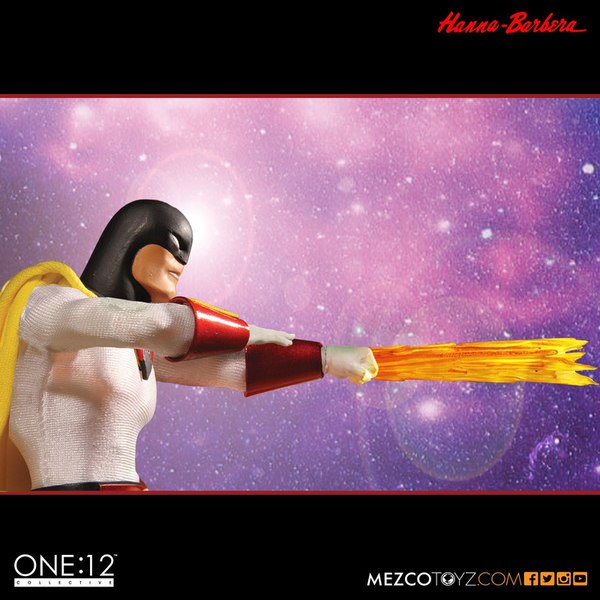 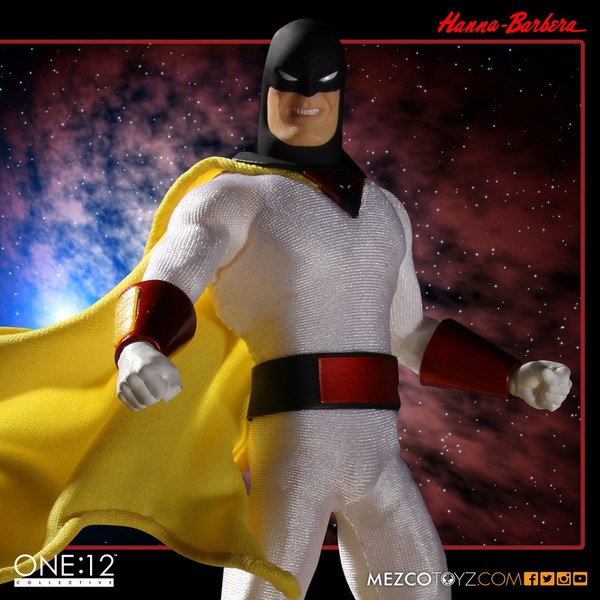 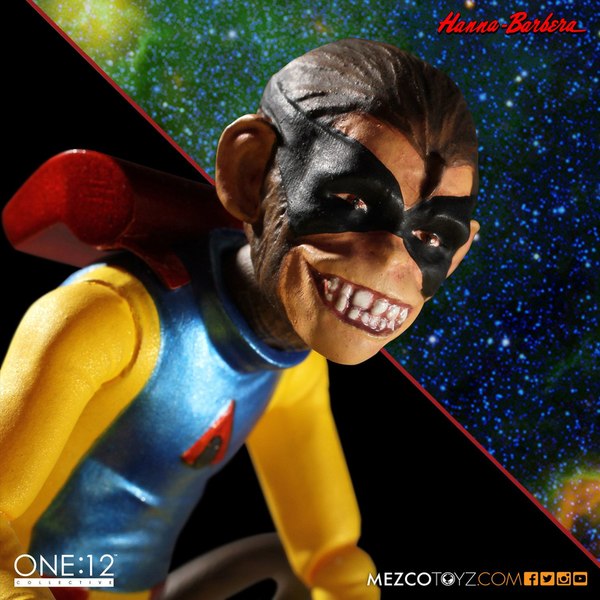 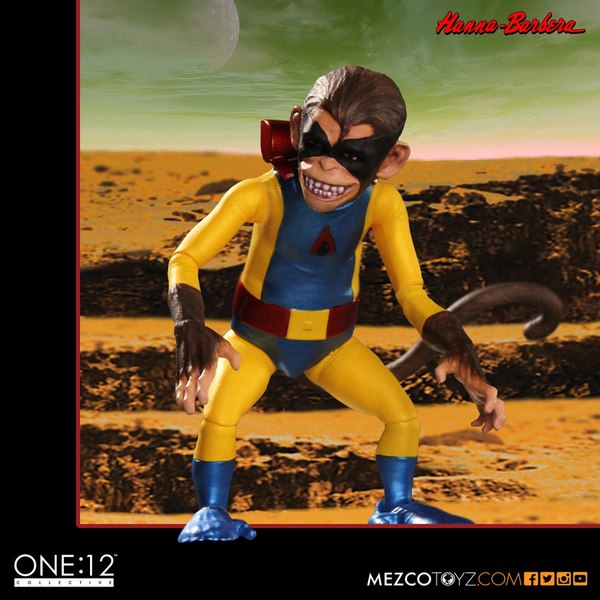 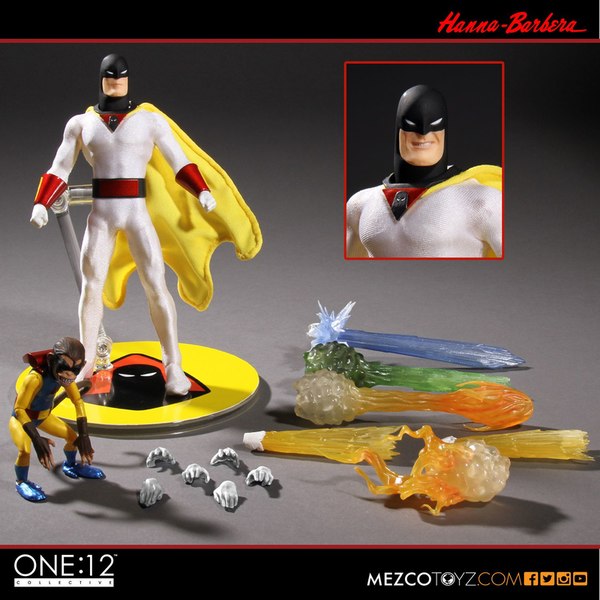 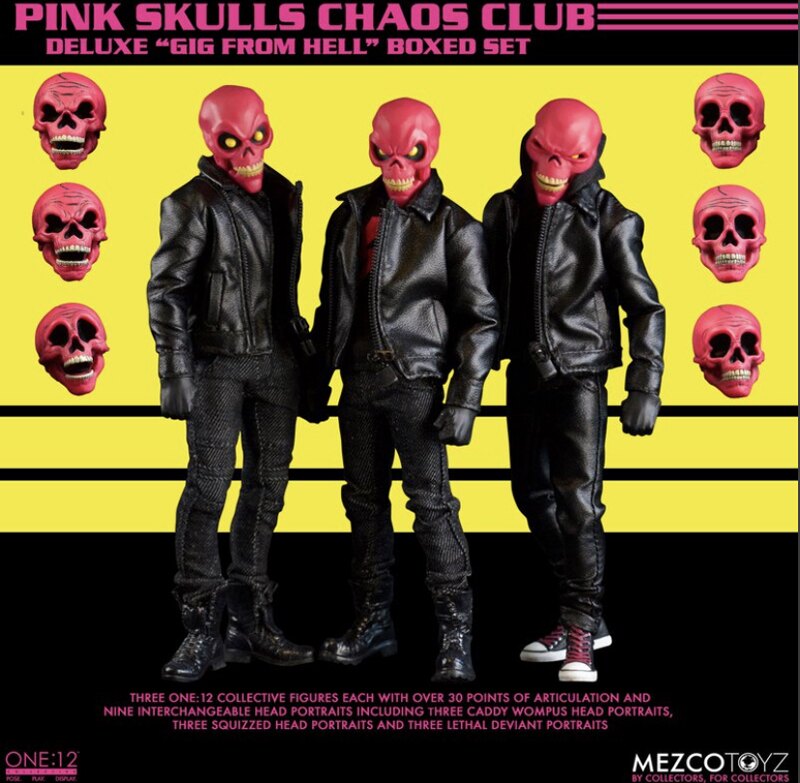 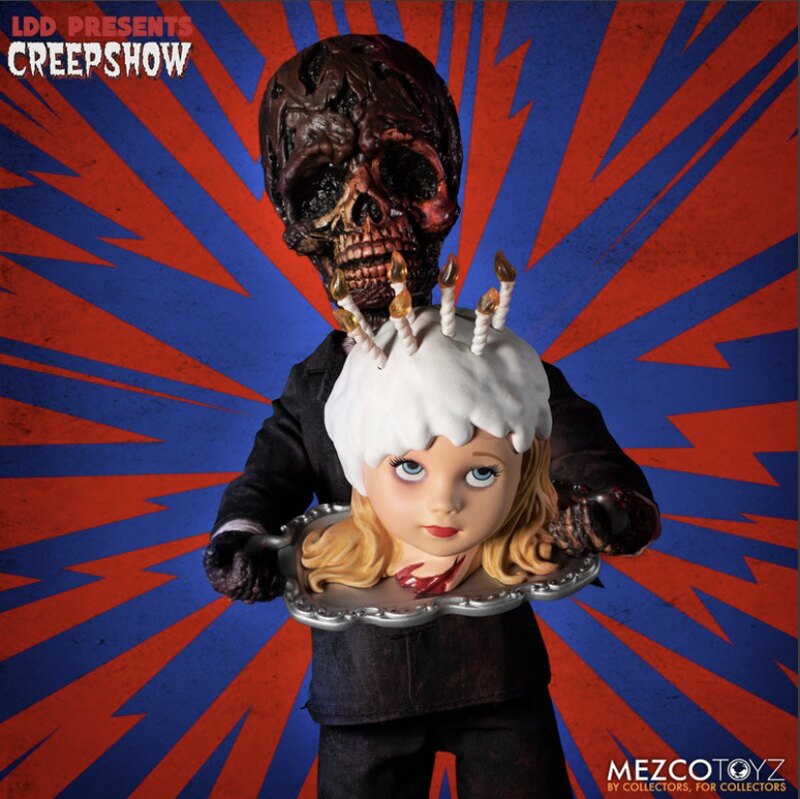 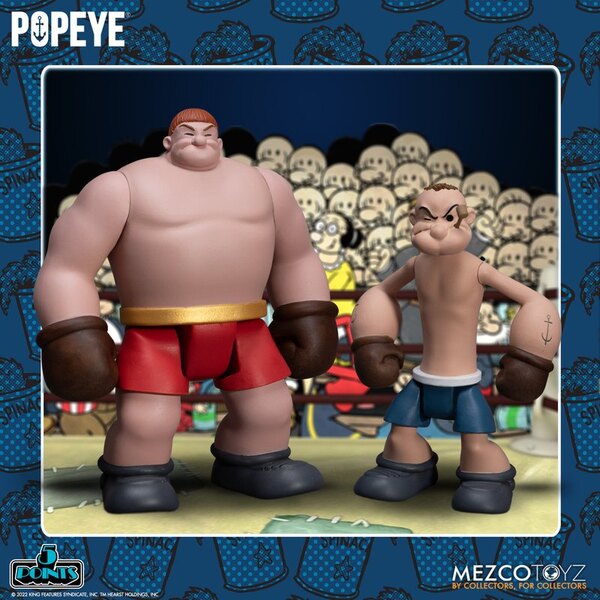