At first I really hated the whole rotocast idea. The figures, more often than not, looked like utter crap and they really were not very posable. Look at those X-2 rotocasts and tell me I'm wrong. However, Toybiz has managed to again push the boundaries when it comes to putting articulation and play factor into a cheap action figure. The real good part of this method of making figures is that it saves you quite a few bucks, so lets see how this guy stacks up shall we ...?

Well, this is not the troll from the first film, this is the Battle Troll that broke into Minis Tirith and the same one that attacked Aragorn at the gates of Mordor. This is what we like to call a rotocast because its cheap and affordable, but still looks pretty good.

First of all we have the price, the troll comes packed in a case with Eomer. Unfortunately there are two Eomers per troll, so I think there are two or three per case. The price is very reasonable, however, at $9.99 each. At that price I decided to get two, after all, that's the same price as one cave troll; and this one has a cool helmet. I wont speak for the rest of the rotocast line, because in my opinion they really suck. I only got these ones because they fit in nicely with the six inch figures. The packaging is typical rotocast packaging that is wide open so that you can touch and feel the figure before you buy it. This can be good and bad, good because you know exactly what you get, and bad because some nerd may have poured his facial grease all over the figure you want.

The sculpt is pretty darn good. It looks just like the troll in the movie. I think the face looks a bit off, but all other aspects are excellent. The armor looks incredible and has some "worn" battle damage look to it. The figure also does not have an annoying action feature like the prior troll figure. It is also not grossly under-scale like the Fell Beast. The articulation is pretty good for a rotocast figure. It has ball joints at the shoulders and various swivels all over the body. The figure has a very decent range of movement. The only additional joint I wanted was a ball jointed head so that he can step on Aragorn and look down upon him.

His paint is very nice too. I don't see any bleeds or sloppy spots on him, plus the wash over his armor is a really nice touch. Gives him the "middle earth" feel if you catch my drift. If you came for the accessories I think you may be disappointed. He has a helmet and a mace. The mace is grossly under scale, it looks like he is holding a piece of scrap metal or even a fork. It may be to scale, but it doesn't look menacing whatsoever. Its about as scary as a five year old holding a lollipop.

All in all its a nice addition to the Lord of the Rings six inch line. A line that started out looking like a big pile of dog dung, but has come around tremendously since then. So I say get this figure if you can find it. Its worth ten bucks anyway. 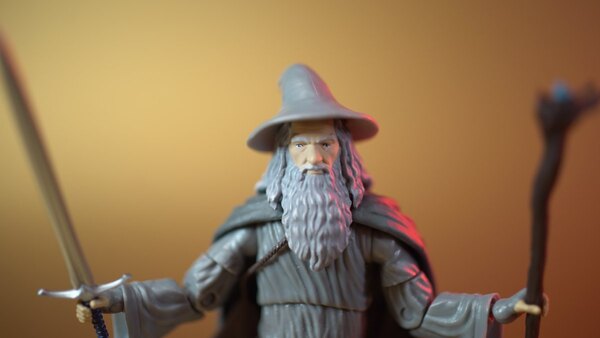 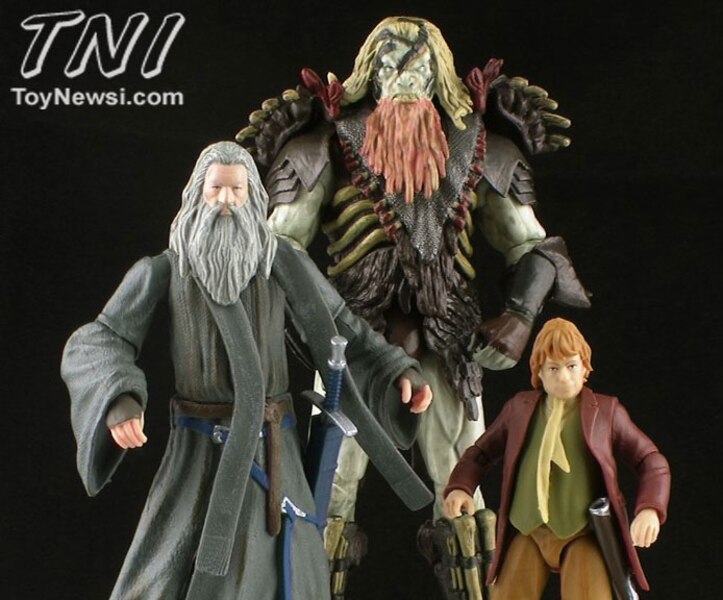 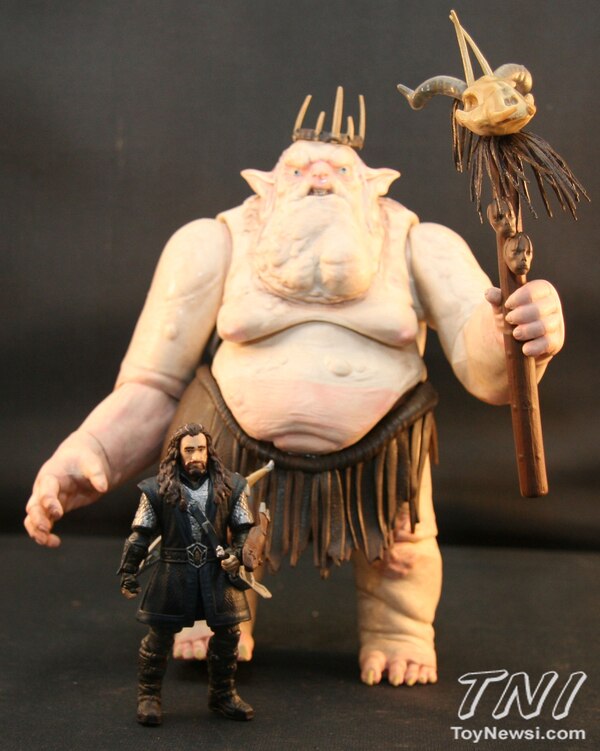 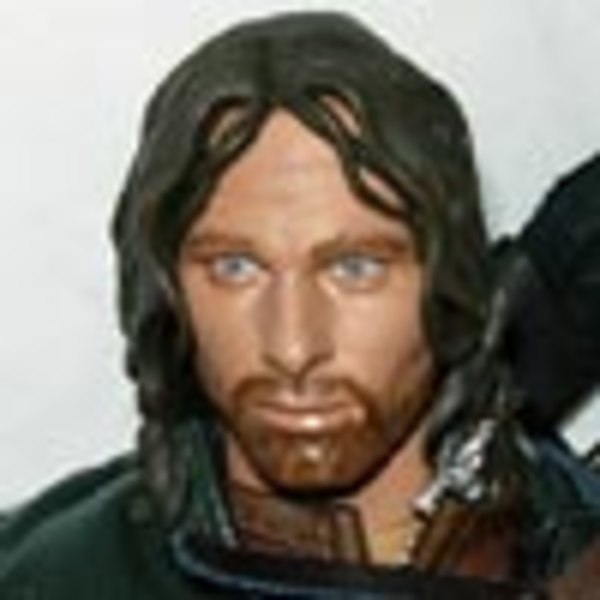