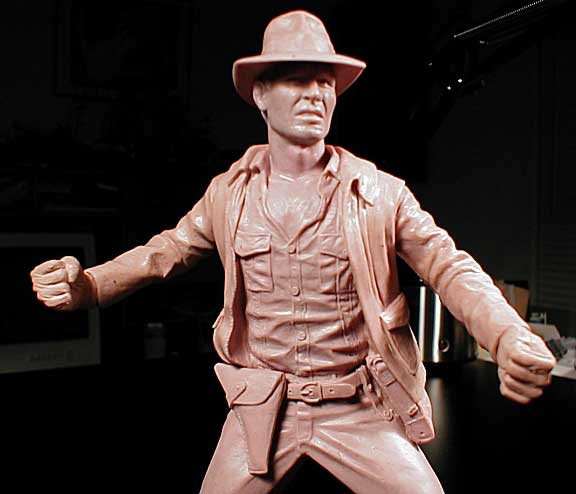 Southern Island is proud to announce that it has signed renowned sculptor Scott Fensterer to work on its line of 6 inch action figures based on the Victoria's Secret Service franchise.

Scott Fensterer has been sculpting prototypes for the toy and hobby industry for 12 years and has been fortunate to have worked on some of the most world-famous, instantly recognizable pieces such as the Astronaut G.I. Joe statue for the Official Hasbro G.I. Officer's Club (a piece proudly owned by G.I. Joe co-creator Sam Spears), a Shadow ring club exclusive Sirocco mini-statue, and most notably, a full scale replica prop based on the William Shakespeare bust as seen in the original Batman television series. So impressed by the piece were the producers of the made-for-television movie, "Return to the Batcave: The Misadventures of Adam and Burt, 2003" that it was acquired for use on set! And at first glance, not even Adam nor Burt could tell it was a reproduction!

Scott, a life-long student of anatomy and fine arts, has continued to raise the bar with each new project. With over 100 model kits produced by various companies across the globe, numerous toy and hobby pieces, over a dozen custom figures for Wizard Publication's "Twisted Toyfare Theater", and a handful of full-sized prop and figural displays to his credit, it is no wonder why Scott is a rising star in the toy industry today!

To find out more about Scott or the Victoria's Secret Service product line please visit https://www.southernisland.com.