DC Comics
by Jay Cochran
January 22, 2008
Based on the art of Ed Benes
Sculpted by Alterton Bizarre

Continue your construction of the JLA Build-a-Scene Statue this month, with the addition of part two of the statue, featuring Superman, Black Canary, and the
torso of Red Tornado!

Ed Benes’s legendary cover of Justice League of America #7 stands tall as it becomes a multi part statue! Sold in three parts, each part features two of the world’s greatest superheroes and includes a piece of a bonus Red Tornado figure. (To fully assemble Red Tornado, all three Build-a-Scene statues are needed.)
All the pieces slide together to make up
a complete cover scene in striking 3-D!

The first part of the statue (solicited last month and featuring Batman, Wonder Woman, and the base and tornado portion of Red Tornado) was just the beginning of this exciting new project from DC Direct. Part three, including Green Lantern, The Flash, and the head and cape of Red Tornado, will follow next month. 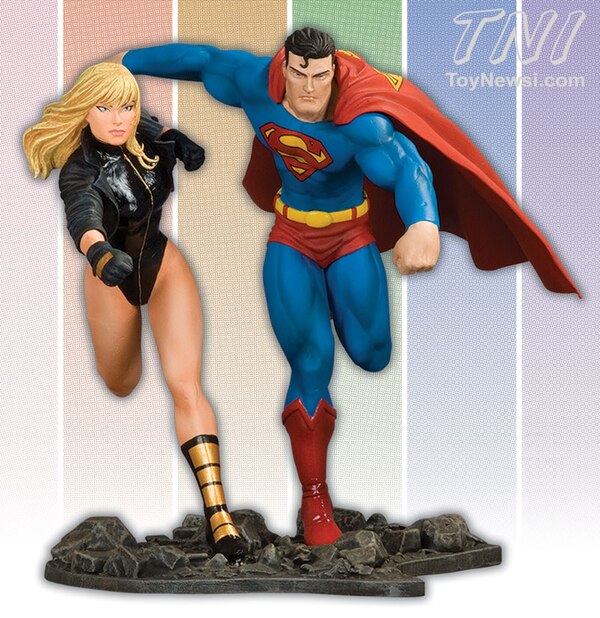 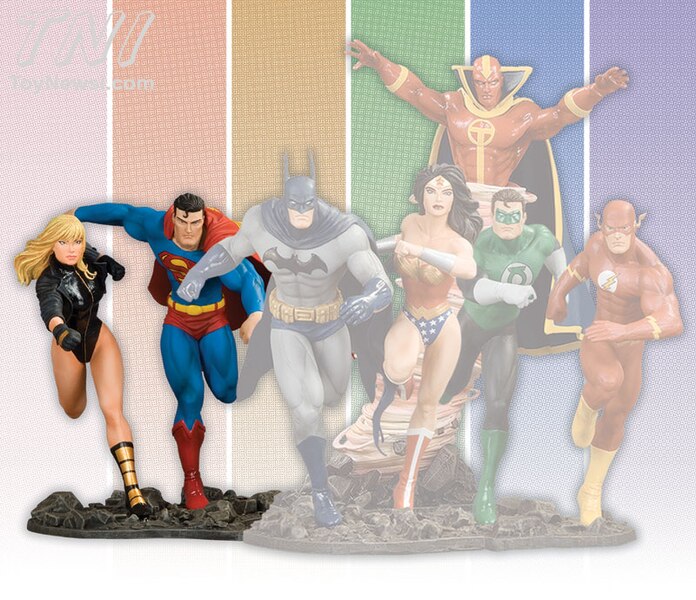