DC Comics
by Jay Cochran
January 30, 2012
BatmanNews.de has posted a catalog scan giving us our first look at Mattel's upcoming line of toys based on the new "Dark Knight Rises" movie from Warner Bros. and Christopher Nolan. The info is in German so here is a translation of what is shown

Batman Quick Tek figures (Batman and Bane) € 13.38:
Super coolly! Super fast! Figure into the storage box put and button press. Within seconds is Batman equipped with an armament and a weapon!

Batman basis figures (asking one variants and Bane) € 8.81:
To sequels of the most exciting film moments and structure of an impressive collection! With all well-known asking one characters

Bat Pod € 32.22:
The motorcycle can fire a projectile on push of a button and strengthen within seconds with an armament.

Batman Quik Tek vehicle & figure:
A push of a button is enough, and the vehicle already transforms and is ready for the employment (e.g. vehicle in airplane)

Batman giant figure € 36.18:
Cool approx. 25 cm large asking one figure. If necessary Batman its wing stretches and is ready for the employment in air.

Batman RC mini Rides ever € 39.44
These RC-vehicles look cool and simply by push of a button are steered. Perfectly for smaller boys. 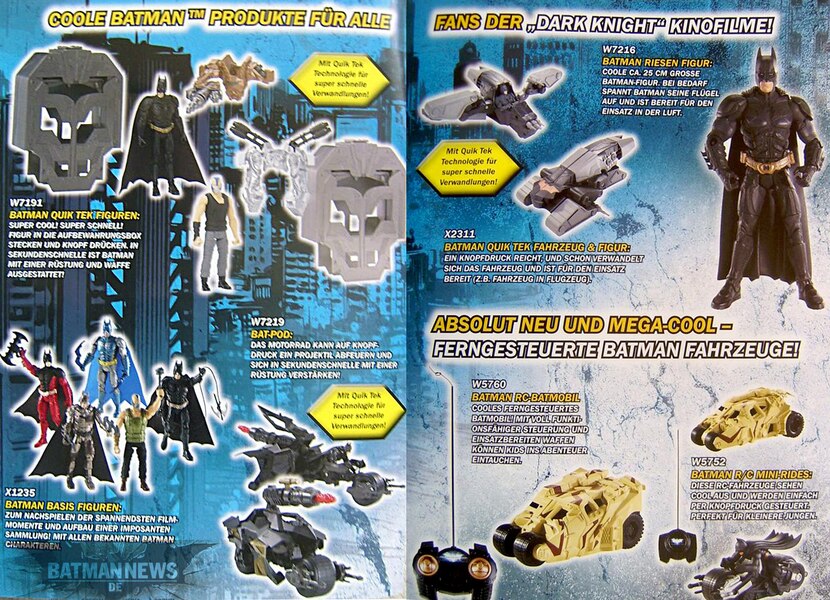 Click on the image in the GALLERY below to see a little bit higher-res scan of the catalog.
Image 1 of 2 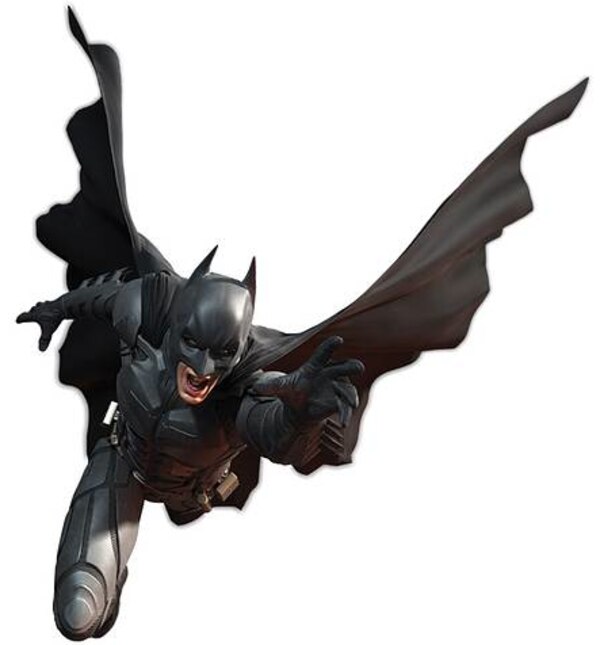