DC Comics
by Jay Cochran
March 15, 2013
We first showed you these last month during Toy Fair, and now we have some additional details about the first wave from the solicitation information in the latest issue of Previews Magazine.

Some of the most memorable moments of the classic 1966 Batman television series are recreated with Mattel's new DC Classic TV Moment Action Figure 2-Packs! These packs feature Batman, his friends, and his villains that recreates the style and costumes of the beloved series. Window box packaging.

We know from Toy Fair there will be a set of Batman and Robin which will come with hanging display base that depict the side of a building with open window for your dynamic duo to climb up. From the sound of this solicitation it appears other 2-packs are in the works as well. Unfortunately the solicitation doesn't go into more details. These are slated to hit comic and specialty shops in June 2013. These are also slated to be released at mass retail, so they could should up sooner there.
Image 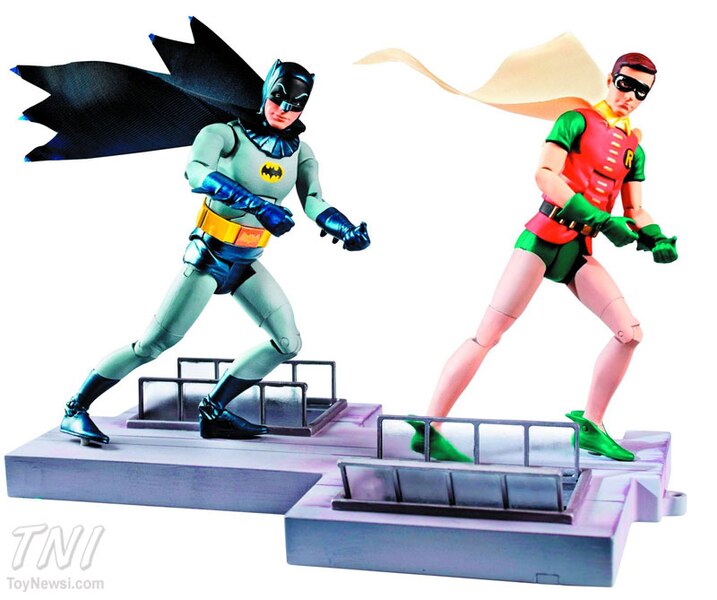