"There are so many great and varied iterations of Batman over the storied history and it's exciting to see a product line, the likes of which we haven't seen in decades, brought to life for both long-time fans of the Batman Classic TV Series as well as for a new generation of fans," said Brad Globe, president, Warner Bros. Consumer Products. "We are proud of our partnership with Junk Food and the incredible roster of partners including Mattel, Rubie's Costumes, Mezco, New Era and so many more, who have re-created the characters and creative elements that made the legendary show a pop-culture phenomenon."

"This TV series introduced a whole new generation to Batman and I am so proud to have been a part of that phenomenon. Events like this remind us all of the legacy of the show and its staying power for generations to come; and it's fun to play Batman," said Adam West.

The new licensing and merchandising program brings to life some of the most celebrated elements of the 1960's Batman Classic Television Series, including the dynamic duo of Batman and Robin as well as an arsenal of archenemies such as The Penguin, The Joker and The Riddler, as well as Batman's famous high-tech gadgetry and, of course, the Batmobile.

On display during the event, guests received a first-hand look at new products inspired by the television series, including the Mattel 2013 San Diego Comic-Con Exclusive – a six-inch Figure Batusi Batman from the BATMAN Classic TV Series line. Mattel also showcased its line-up of never-before-seen six-inch Figure of The Joker, along with the six-inch Figure Assortment of Batman, Robin, The Riddler, The Penguin, Surfing Batman and a collector's BATMAN Classic TV Series Batmobile, as well as the Mattel vintage-styled Batman Ken and Catwoman Barbie Doll. Other partners showcasing product at the event included Rubie's Costume Co. with their deluxe Batgirl, The Riddler and Catwoman costumes for adults; Mezco with Batman and Robin – in their signature Batmobile, along with The Joker and The Riddler Mez-itz mini-figures; CSS Industries with gift-tags and stationery; and Mead's 2014 wall calendar inspired by the show. New Era also offered three new, limited-edition caps inspired by the Batman Classic Television Series and available exclusively at Meltdown Comics.

Comic book fans also got a special treat when DC Entertainment unveiled art for its all-new digital comic book series BATMAN '66, launching in summer 2013. Inspired by the classic TV series, the digital comic book features many fan-favorite characters like Catwoman, The Riddler, The Joker and, of course, the dynamic duo of Batman and Robin. Written by Jeff Parker, the series will feature cover art by Michael Allred and the first issue will be drawn by Eisner Award winner Jonathan Case. BATMAN '66 will also be collected and available for sale in monthly print issues.

"The juxtaposition of offering a retro BATMAN '66 comic as a current and modern digital first title is fun," stated DC Entertainment President, Diane Nelson. "DC Entertainment is the most prolific producer of digital first comics and, as we work to create new and compelling content, this is a great way to also preserve the legacy of our characters. It's exciting to roll out the new BATMAN '66 comic as part of this bigger initiative with our Warner Bros Consumer Product partners."

Artifacts from the original Batman Classic TV Series were featured during the event, including the original iconic Batmobile, as well as authentic pieces from Comisar Collection that provided the "Robin" costume as worn by actor Burt Ward, the original Bat-Shield that Batman and Robin frequently used to protect themselves from their foes, the Bat-Phone from the Batmobile and the Bat-O-Rang prop used by Robin throughout the series. In addition, guests had the opportunity to hang out in a replica of the famous Batcave as depicted in the classic television series.
Image 1 of 12 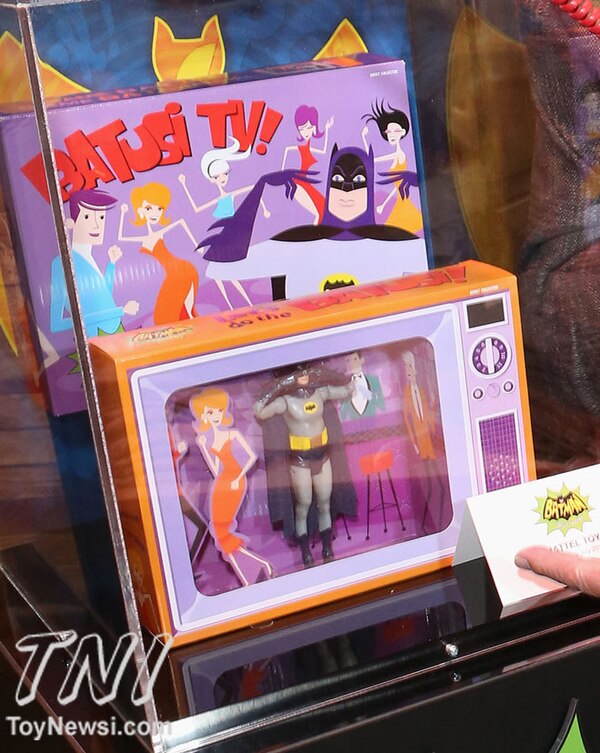 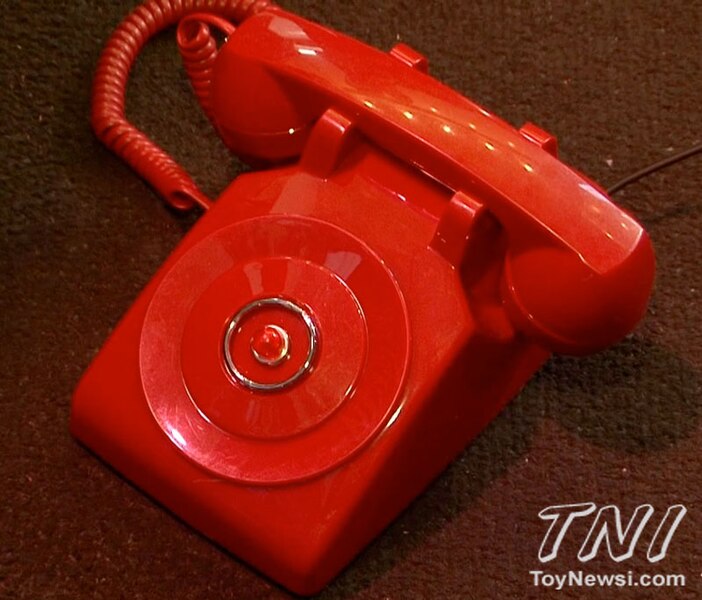 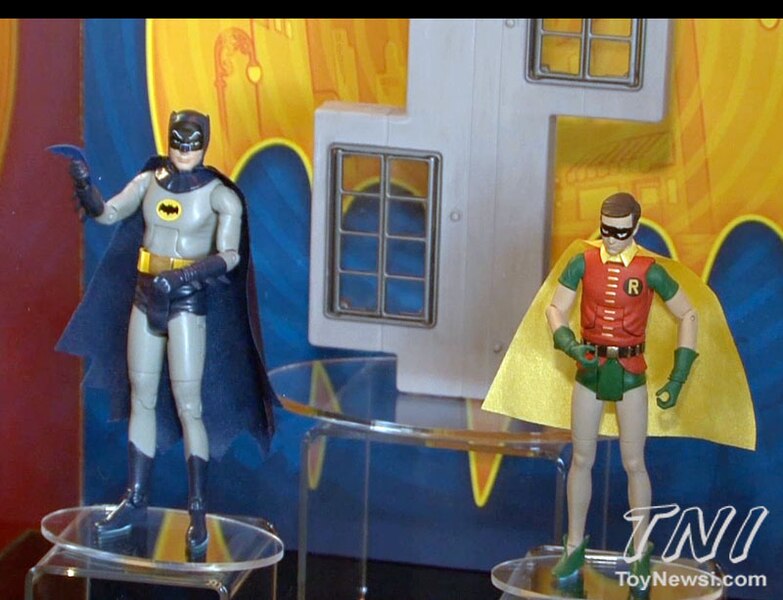 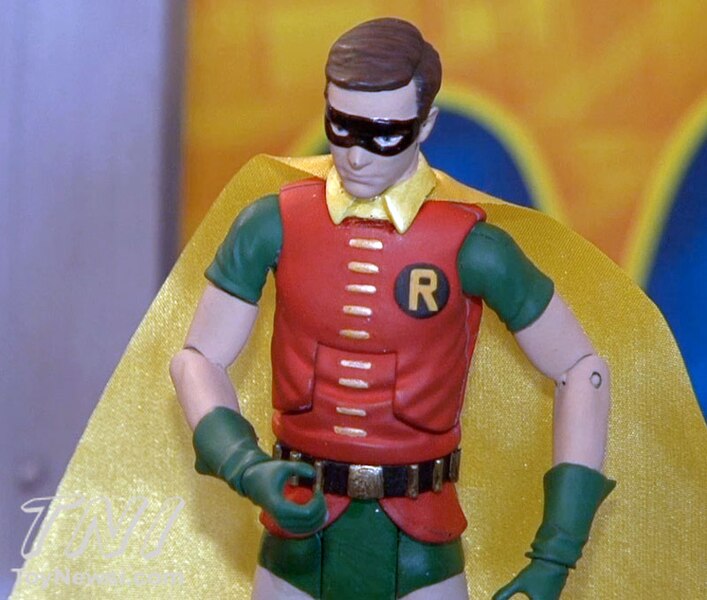 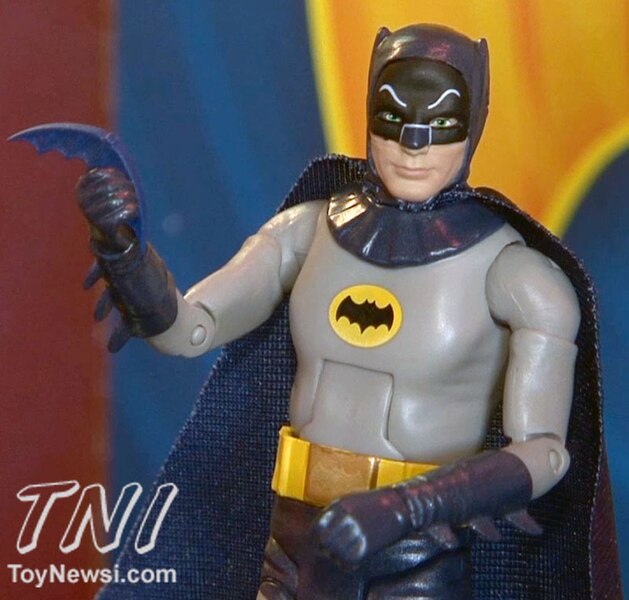 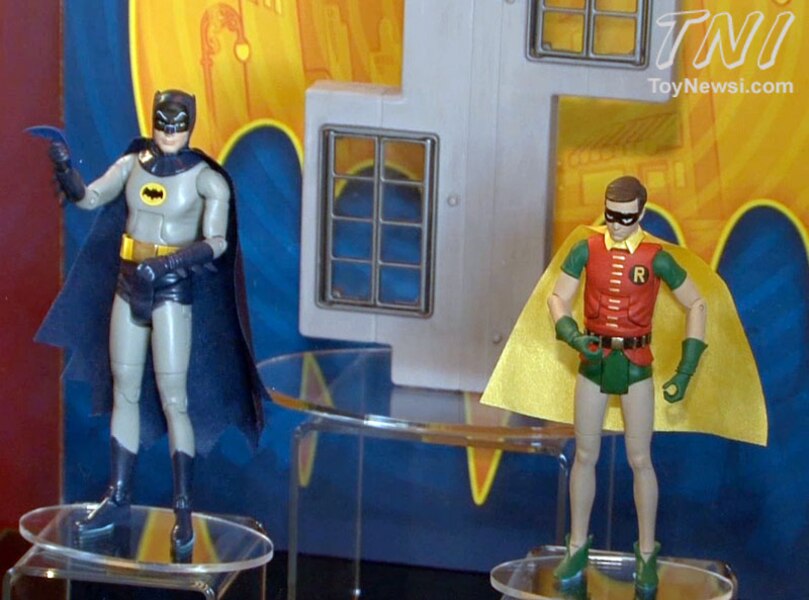 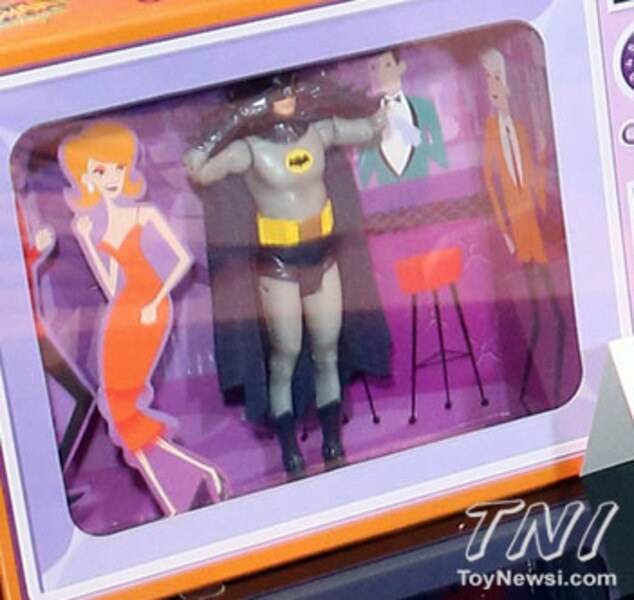 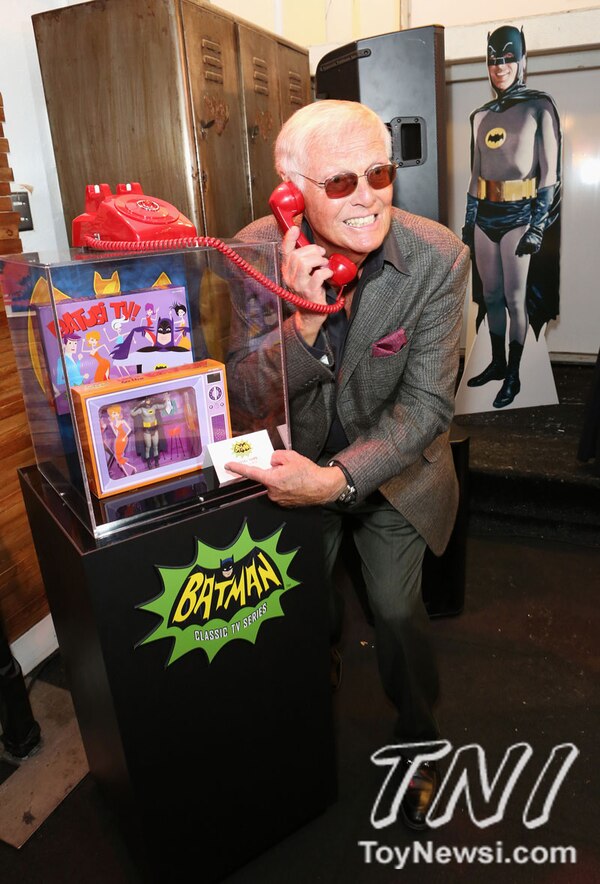 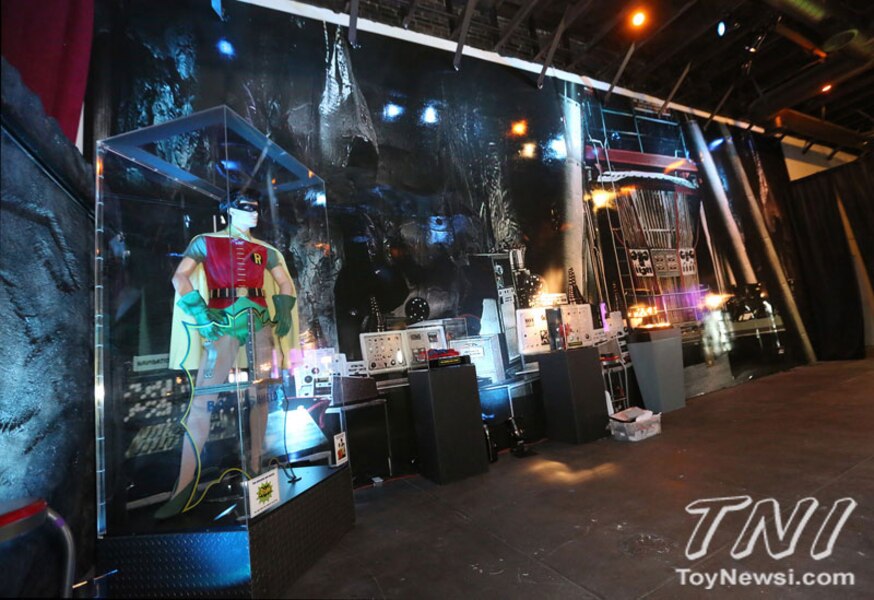