DC Comics
by Jay Cochran
August 16, 2013
In case you were not aware, Mattel has their annual subscription drive going for their Mattycollector.com DC Universe and Masters of the Universe Classics lines. People have until 8/19 to subscribe for these lines and if Mattel's minimum subscriber goals are not met the lines will end, at least according to the toy company.

Right now the Masters of the Universe Classics Sub has reached 63% of it's minimum subscribers goal in order for it to continue in 2014. It may be close but my guess is this one will meet it's goal by the 19th and go through for Masters fans. Though if you are a Masters fan who plans on subscribing and hasn't done so, you better hurry up because time is running out.

The same however cannot be said for Mattel's 2014 DC Universe Sub. Right now it has only reached about 38% of it's minimum number in order to continue, and with only 3 DAYS left for people to subscribe, it doesn't look good.

Now for those hoping that the DC license will go to some other company if this service doesn't go through, I wouldn't hold your breath. We already know Mattel has big plans for the DC license in 2014 with the launching of a new mainstream 6" line and 4" line, both of which will have limited articulation and geared more towards young kids than the adult collector.

So the question we have is, are adult collectors not subscribing simply because they are content with the DC characters Mattel has already released and don't feel there is anything significant to be offered over the course of another year, or are they simply trying to send a message to Mattel, of which really in the end just means they will no longer be catered to by the company? Chime in below and let us know your thoughts.
Image 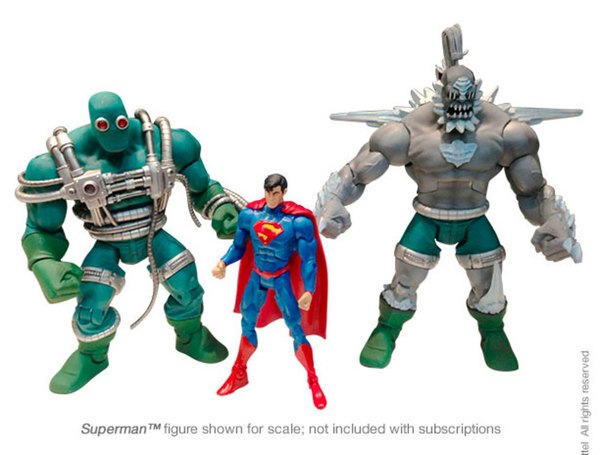