DC Comics
by Jay Cochran
January 15, 2015
A KOTOBUKIYA Japanese import!  Continuing the lineup of beautiful bishoujo-inspired statues combining the super heroines and villains of DC Comics with traditional Japanese stylings is a truly magical lady, the sorceress ZATANNA! Daughter of the famous stage magician Giovanni “John” Zatara, Zatanna debuted in 1964 as a powerful addition to the mystical side of the DC universe. In addition to performing on stage like her father, the skilled magician has worked with various versions of the Justice League, Sentinels of Magic, and more with her unique backwards-English spell casting. Zatanna appears in this brand new Japanese Bishoujo (pretty girl) styled statue based on original character art by world famous illustrator Shunya Yamashita!

Using sleight of hand as well as her considerable beauty, Zatanna distracts you, her audience, as she prepares to pull something out of her hat. The magician looks like she is frozen in mid-performance, wearing her stage costume and sculpted in a unique pose. Zatanna balances on one foot with the other pulled up under her as she leans to the side, dramatically aiming her wand at her outstretched top hat. The beguiling sorceress wears her classic costume, a feminine version of a traditional magician’s outfit with high-heeled boots, fishnet stockings, white gloves, a black bodysuit, and a complex top with tuxedo elements. There is an incredible amount of sculpted detail in Zatanna’s intricate clothing as well as her long, flowing hair and captivating Bishoujo-styled face.

Sculpted by Takaboku Busujima (Busujimax), Zatanna stands just under 10 inches tall (1/7 scale) on her specially designed display base. Whether displayed on her own or with other DC Comics Bishoujo statues on your shelf, this enchantress is ready to work her magic! 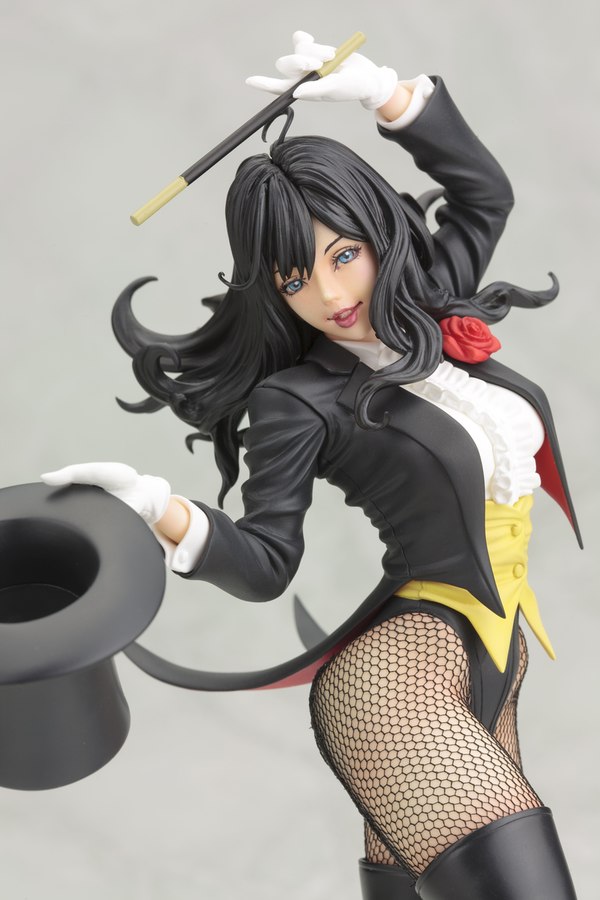 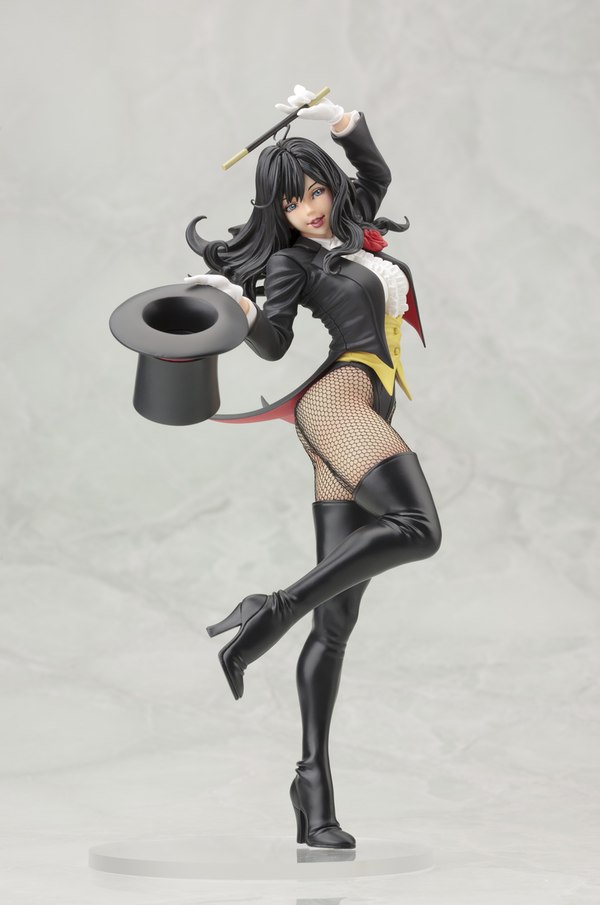 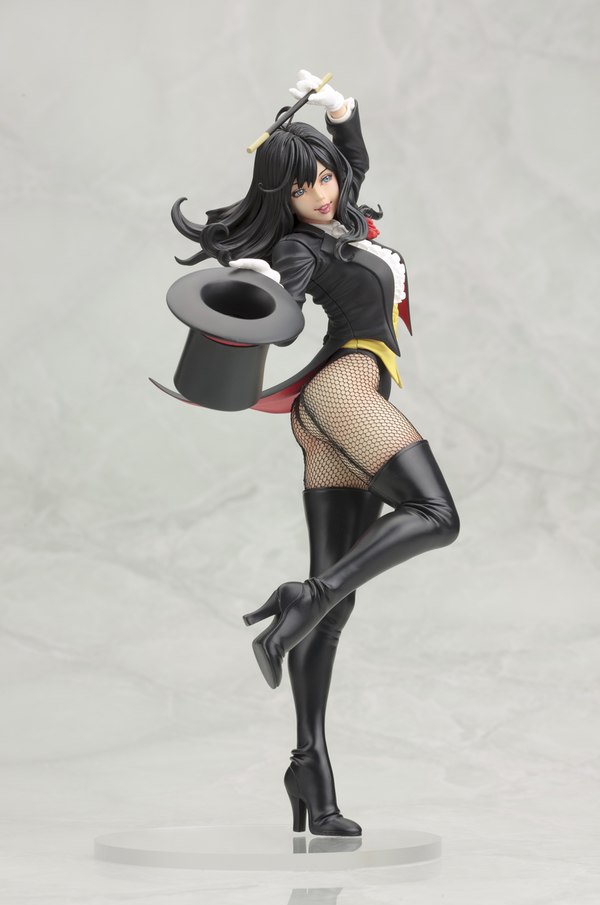 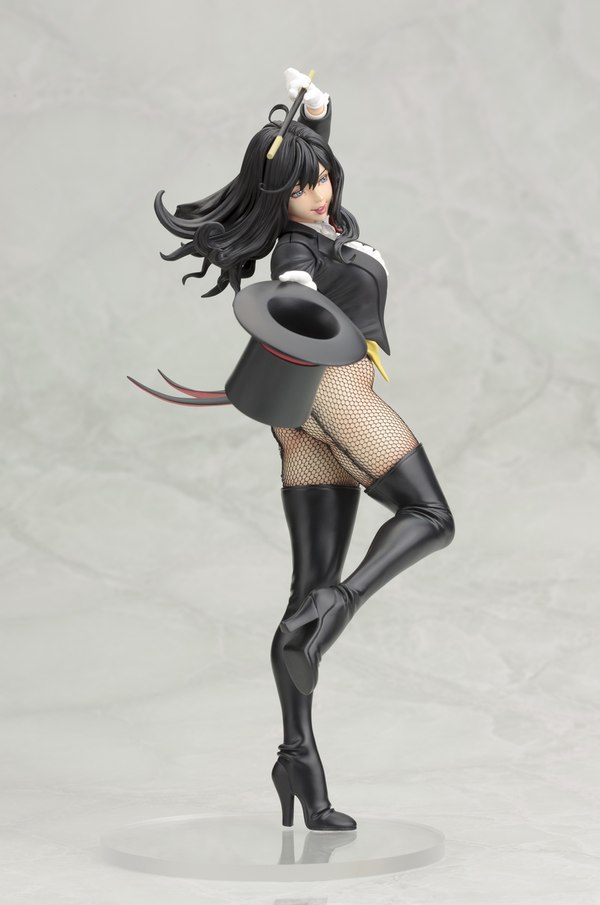 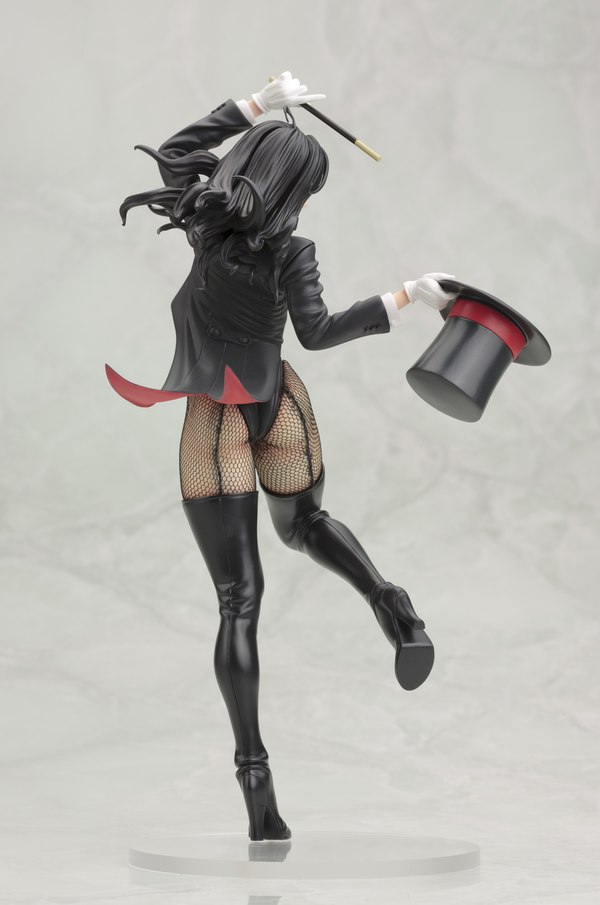 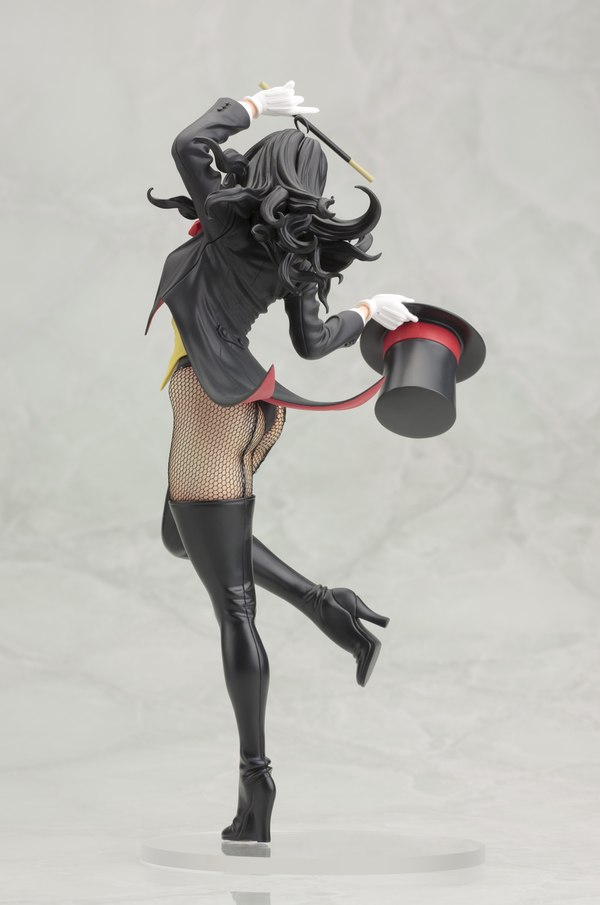 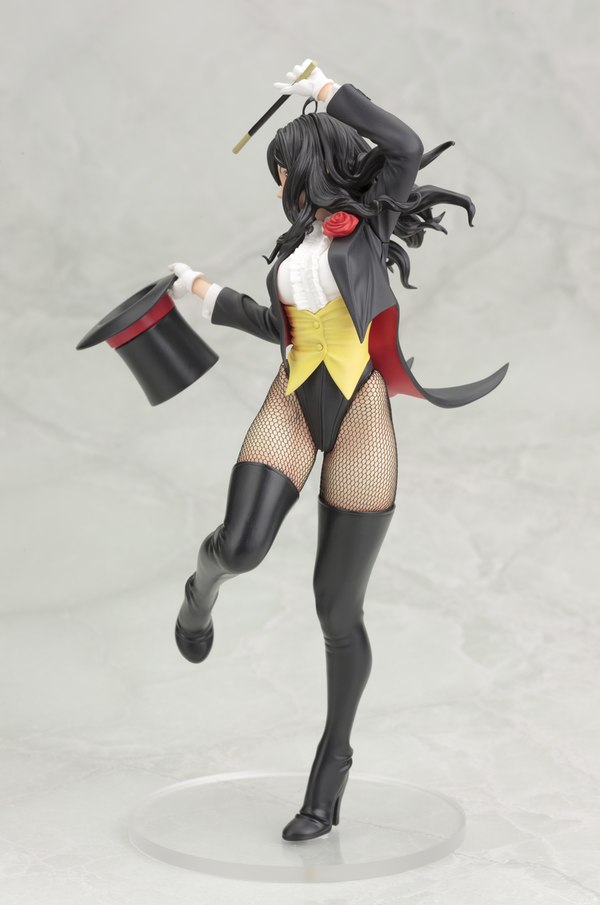 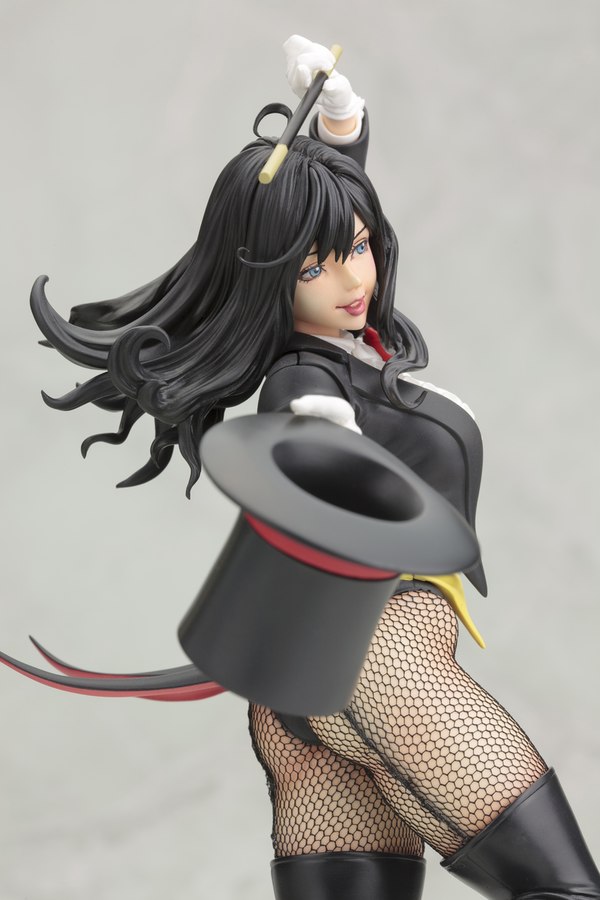 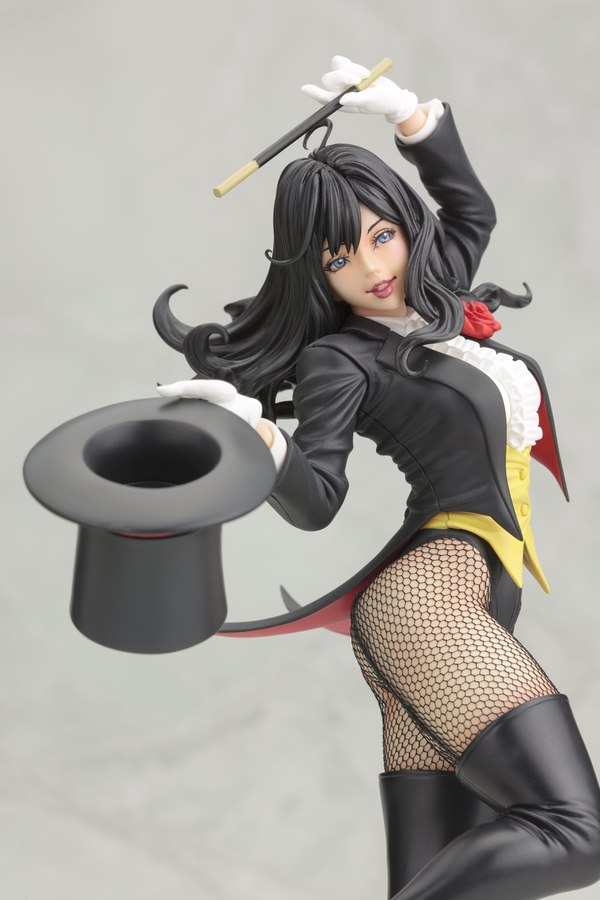