DC Comics
by Jay Cochran
June 09, 2015
A Kotobukiya Japanese import! Though he wears no mask, and his outfit consists of a black suit and bow tie, Alfred Pennyworth has a long history and numbers among one of the most recognizable comic book characters from DC Comics classic stable of Super Heroes and villains.

Prior to following in his father’s footsteps and working for the Wayne family as a butler, Alfred Pennyworth had been both an actor and a soldier, later on working for MI-5, an impressive background that provided him with a wide range of skills and natural resourcefulness that would serve him well in raising the young Bruce Wayne to adulthood after the death of Thomas and Martha Wayne. Alternating between the roles of butler, mentor, and even father figure, Alfred has become indispensable to both Bruce Wayne and his alter-ego of Batman. Alfred is presented in his classic Butler suit, carrying a tray with a teapot and cup, always ready to attend to Mr. Wayne.

Sculpted by Keita Misonou, the Alfred Pennyworth SDCC Limited Edition ARTFX+ stands just under 8 inches tall (1/10th scale) and includes magnets in his feet for extra stability when placed on the Batman, Robin (Damian Wayne), Nightwing, or other ARTFX+ statue bases. Alfred is sure to be a sought after addition to any display of the ARTFX+ Batman Family! 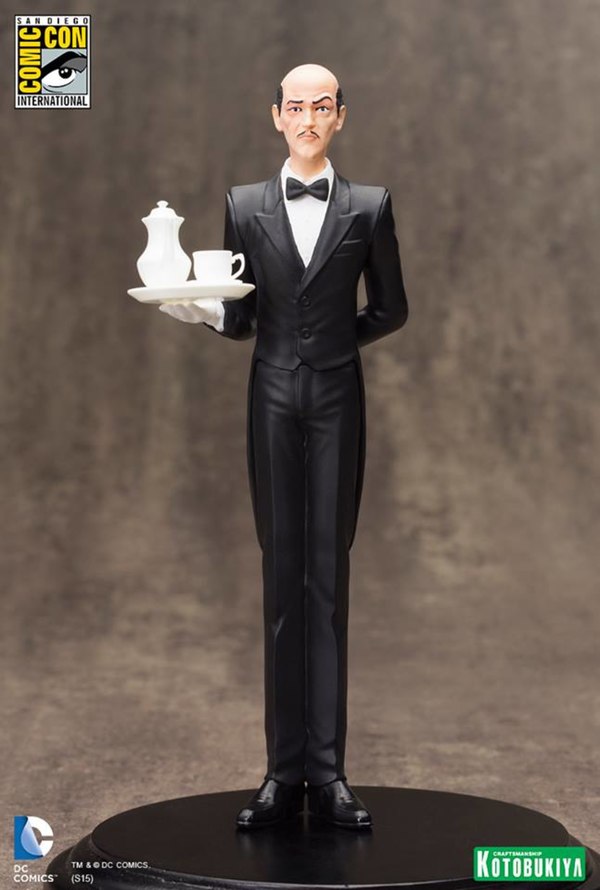 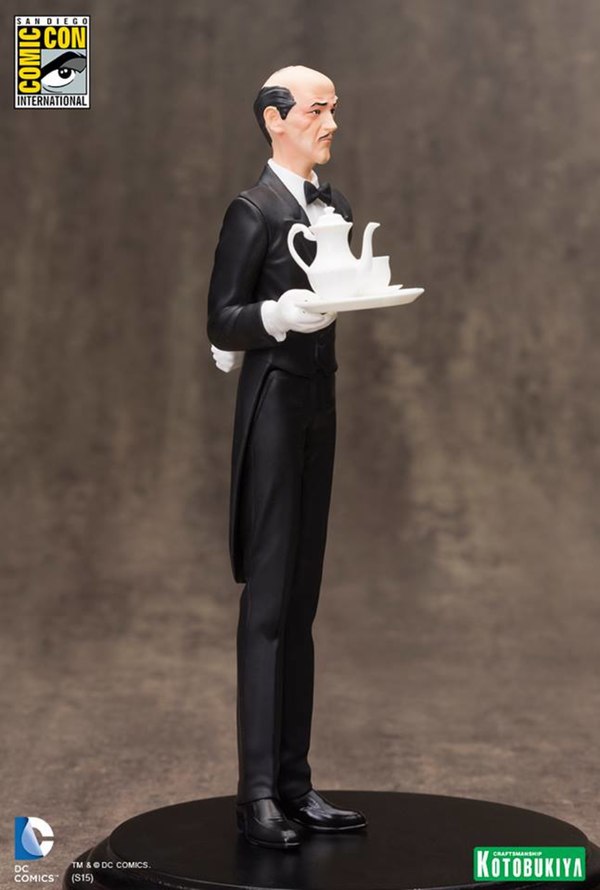 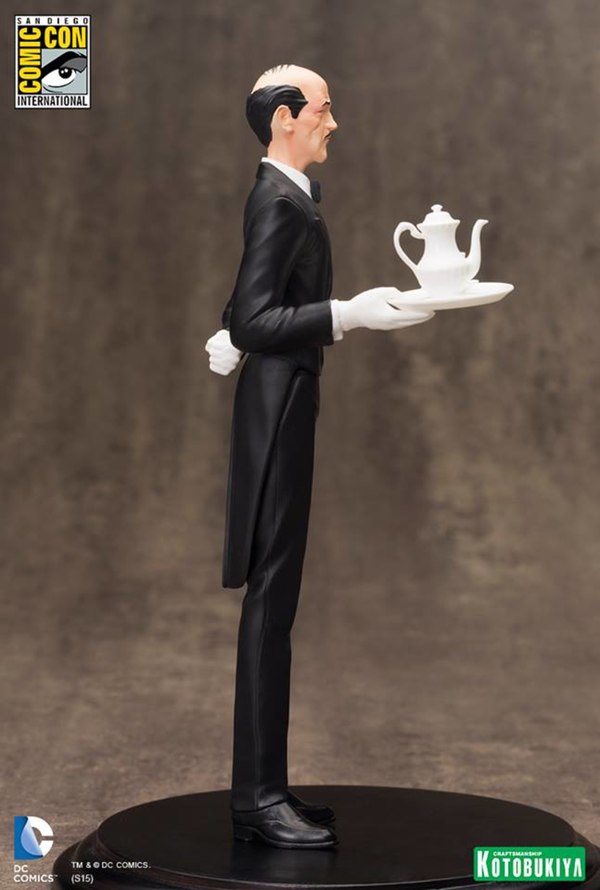 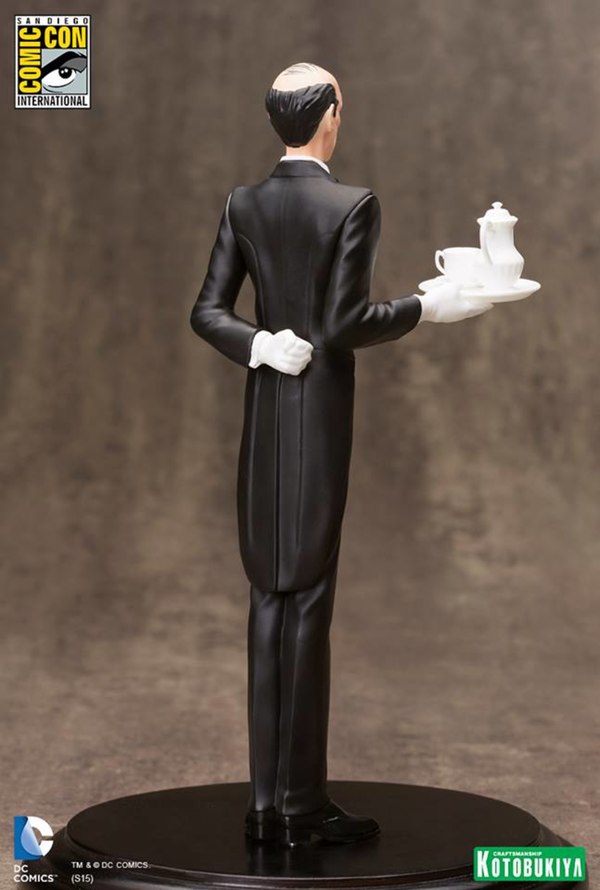 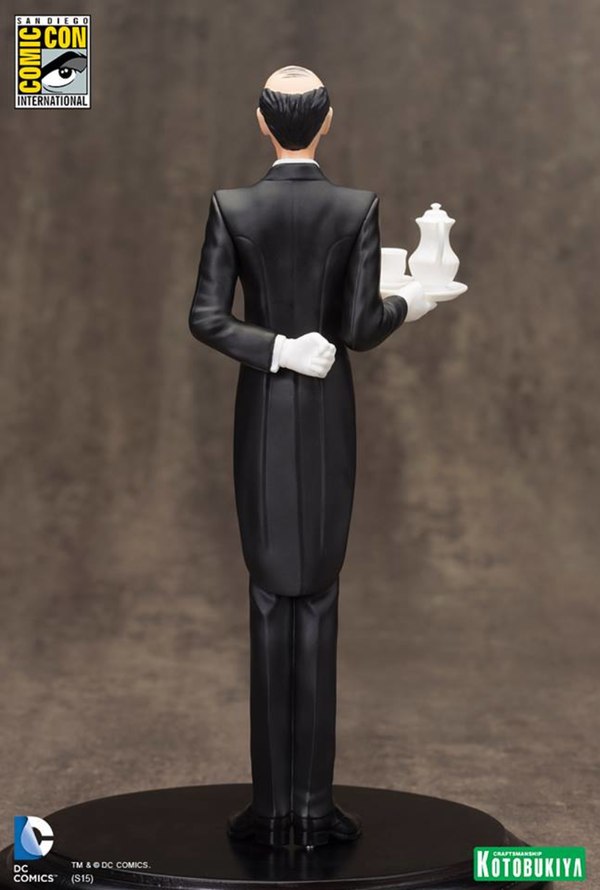 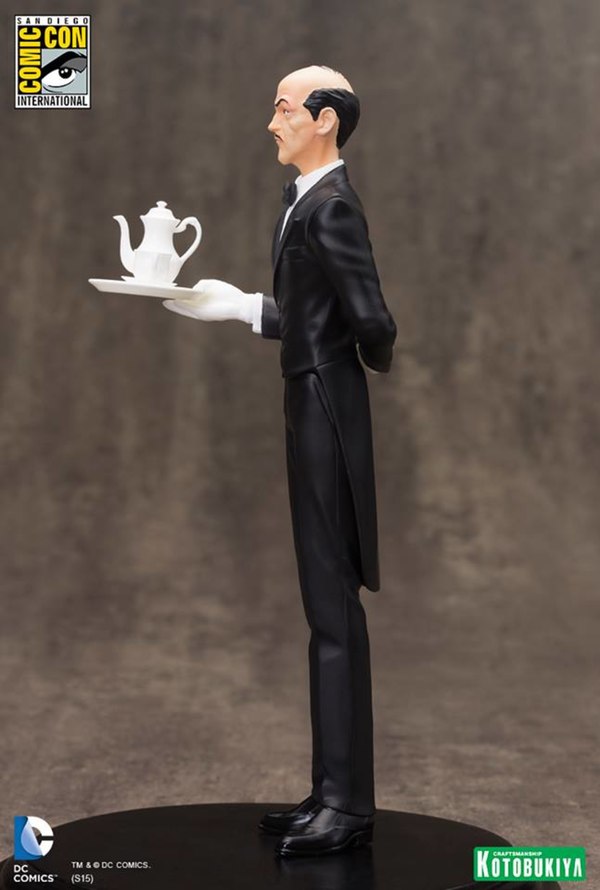 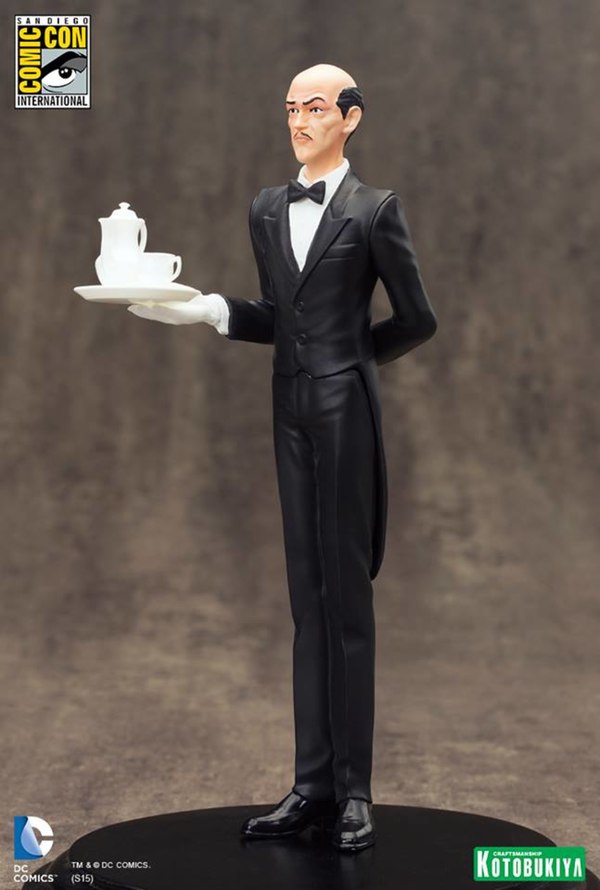 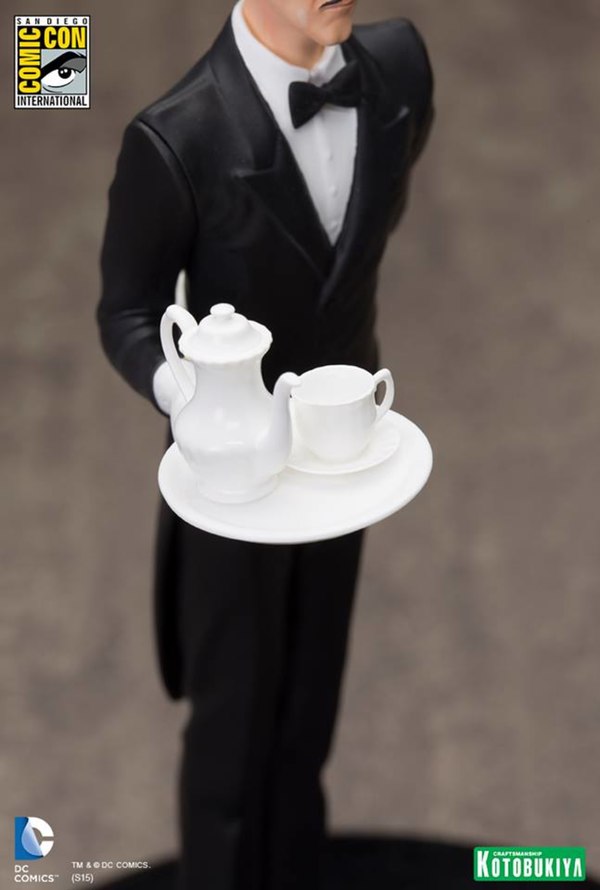 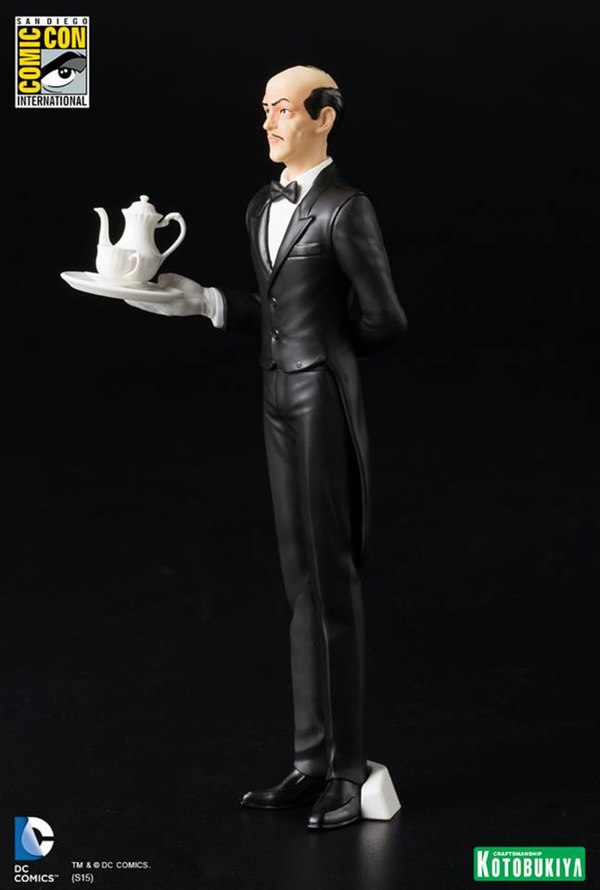