DC Comics
by Jay Cochran
November 05, 2015
Emerald City Comics and Figures Toy Company present a new Riddler variant from the Batman Classic TV Series 8-Inch line of figures. This Mego Figure is officially licensed by DC and is another great addition to the line of toys based on the classic Batman ’66 television series.

This Emerald City Comics exclusive is individually numbered to 1,000 pieces worldwide and is labeled with an Emerald City Exclusive sticker.

Keep an eye out for another exclusive figure coming soon!
Image 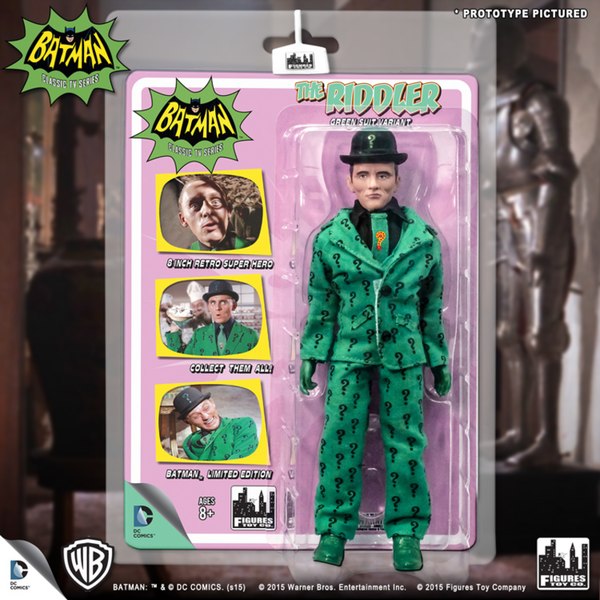