DC Comics
by Jay Cochran
June 13, 2016
A Kotobukiya Japanese import! Kotobukiya’s lineup of statues based on the superheroes and villains of DC Comics continues to grow, and the latest addition is the modern incarnation of the anti-Superman Bizarro! In the New 52 era of DC Comics Bizarro did not come from another planet or parallel dimension, but rather Lex Luthor’s laboratory where the supervillain scientist was attempting to clone the Man of Steel. The experiments did not go as planned, but when the Crime Syndicate took over the world Luthor was forced to seek an ally in the clone labeled “B-0” and subsequently called Bizarro. Though he possessed limited intelligence and a mutated form the clone had incredible superpowers, tremendous loyalty, and a noble spirit. Bizarro joins the New 52 ARTFX+ Statue lineup with a remarkable presentation that truly captures the character’s unique traits and reflects his Frankenstein’s Monster-like origin. Bizarro’s pose is both powerful and inquisitive with the monstrous clone standing with his legs shoulder-width apart and his thick, muscled chest pushed out along with a twist to his upper body and a curious cock to his head. His metallic blue pants and red boots and belt look like they came right out of the Man of Steel’s closet, though his faded blue shirt with crudely stitched on, backwards Superman logo betrays his inferior nature. And while Bizarro has a superhero physique with rippling muscles, he also has unnatural bulging veins, ruptured skin, a misshapen skull, ash-like skin, sunken white eyes, and just a small tuft of hair on top of his head. The tragic character looks great, and the accent of the yellow flower in his outstretched hand makes this presentation perfect.

Sculpted by Ikkei Jitsukata, Bizarro stands just over 8 inches tall (1/10 scale) and like all ARTFX+ statues he has magnets in his feet for extra stability on his included display base. He may be an inferior clone but Bizarro will look great in your DC Comics ARTFX+ Statue collection and he pairs perfectly with characters like Lex Luthor, Sinestro, Black Adam, or even Superman himself! 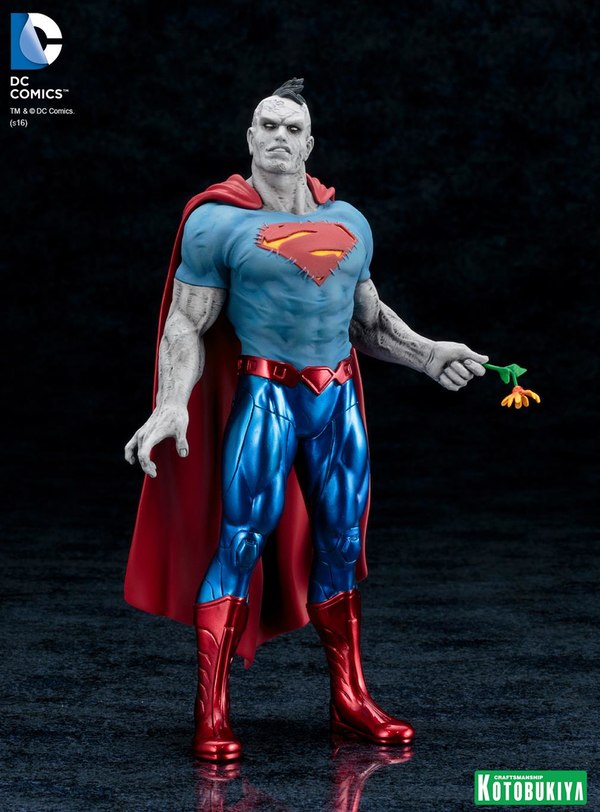 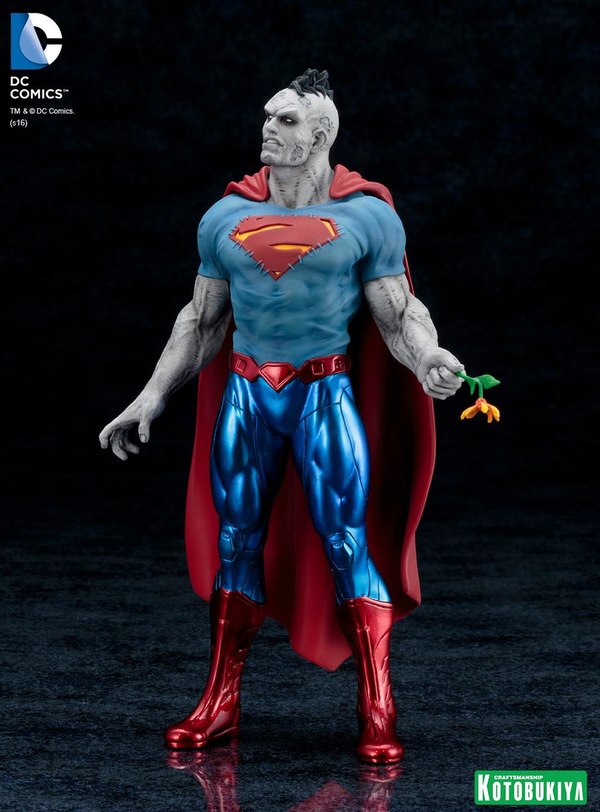 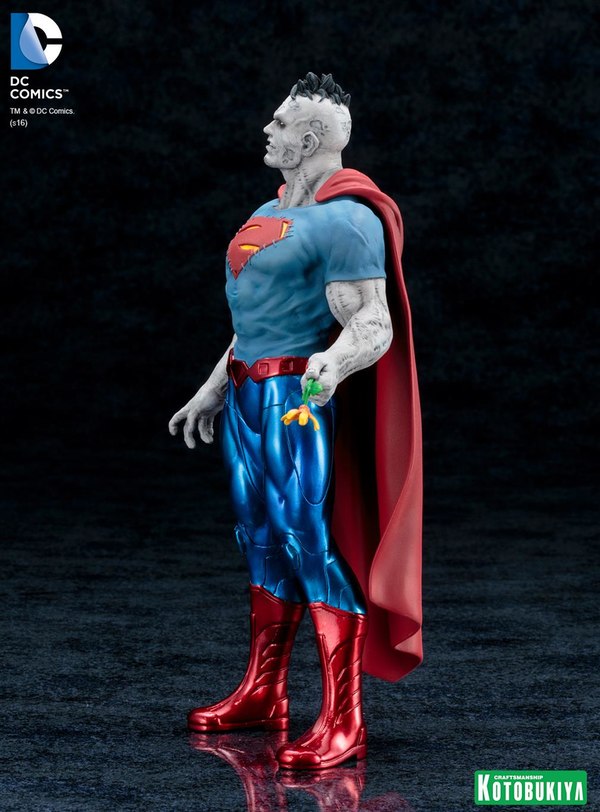 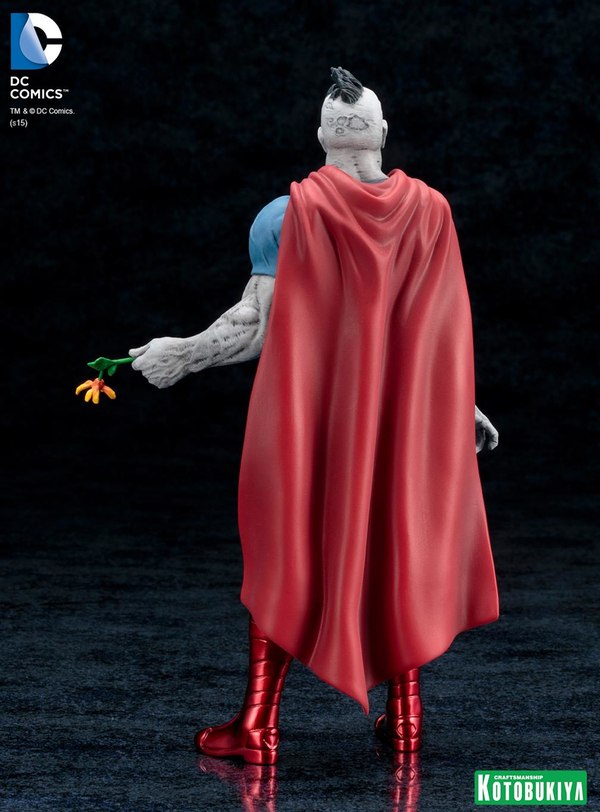 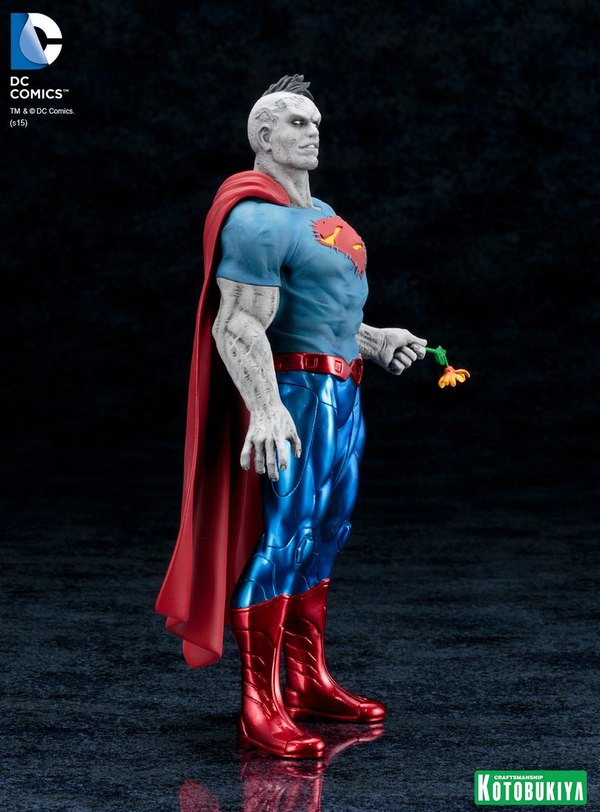 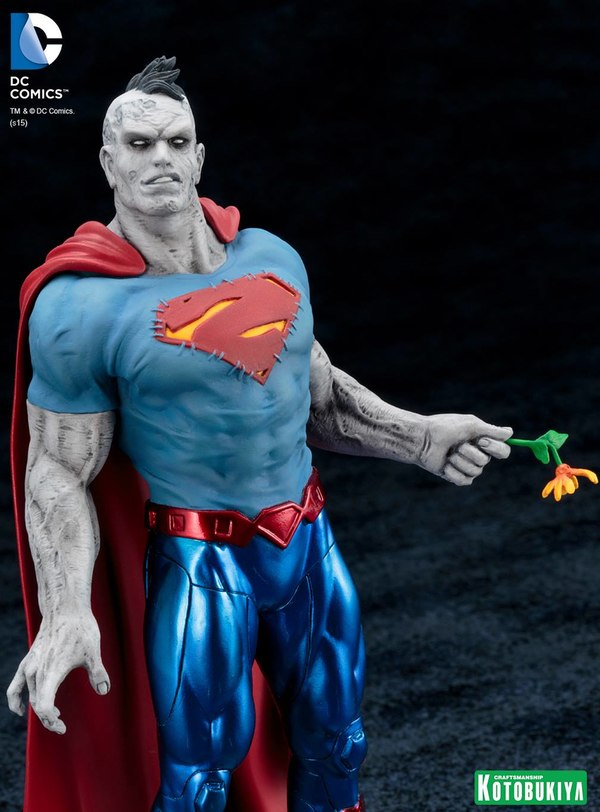