DC Comics
by Jay Cochran
July 11, 2016
Batman v Superman: Dawn of Justice depicts the clash of two iconic heroes in the DC Comics universe. The difference between BATMAN as opposed to Superman, who has been heralded as the hope for mankind, is rendered through the roughness of the Batsuit and cape. In addition to the flexible materials used in various parts, rolling joints have been implemented in the upper arms and thighs for a wider range of mobility, allowing for improved poseability.

From recreating the likeness of his face to the texture of his body and suit, there are fine details incorporated within the simplicity, and the paintwork makes the care that was put in to the sculpting shine. Of course, we can’t forget the various signature gadgets that BATMAN carries in his arsenal. This figure exudes the image of a dark hero that stands against the light.

This San Diego Comic-Con 2016 Limited Edition is rendered in grayscale, a long-requested paint variant from fans of the PLAY ARTS KAI line. The black and white coloring evokes Batman’s film noir roots, while highlighting the modernity of his dynamic design in Batman v Superman: Dawn of Justice.

If you want to secure one of these limited edition figures, avoid long lines at the show, or simply can’t make it to San Diego Comic-Con… pre-order now! Only 1000 units have been produced, so get yours before it's gone for good. 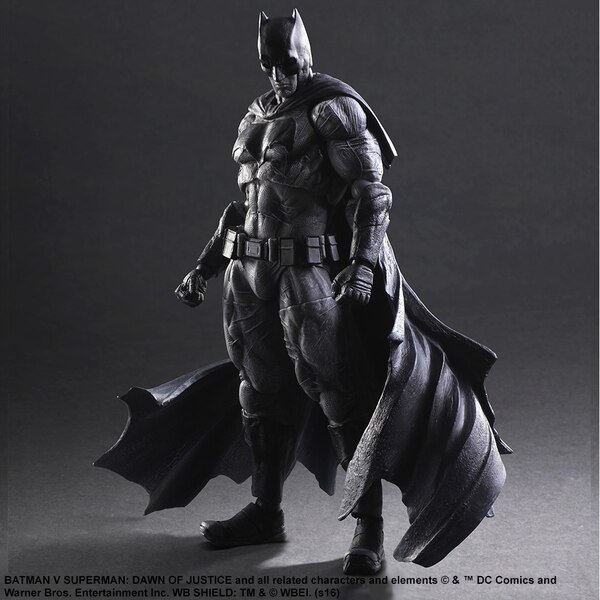 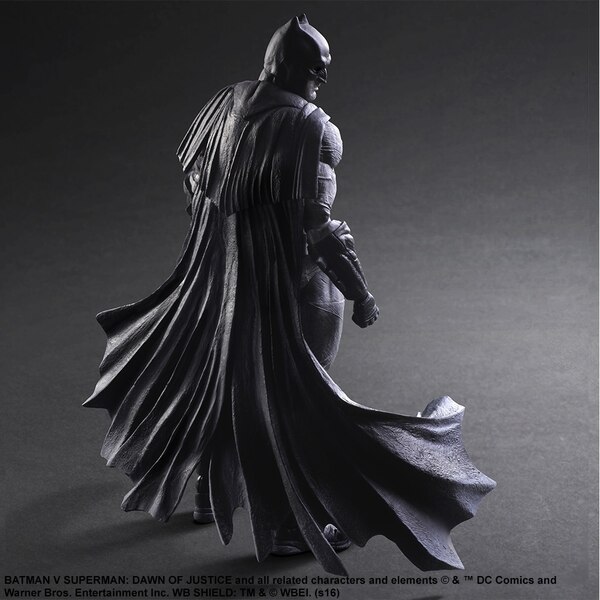 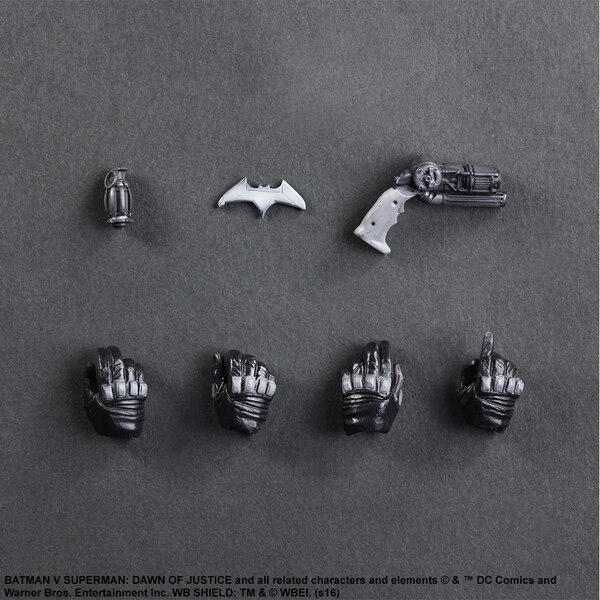 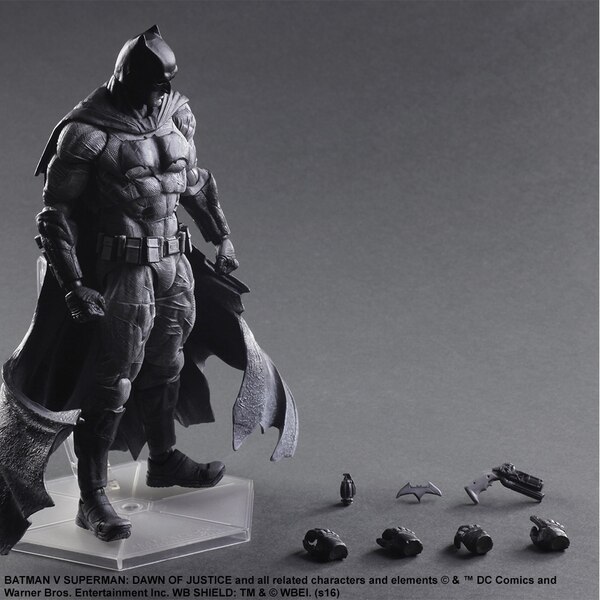