DC Comics
by Jay Cochran
June 06, 2019
The Joker is a psychotic anarchist mastermind who portrayed himself as an agent of chaos, by turning Gotham City into turbulence and in tranquility. In the 2008 “The Dark Knight” Heath Ledger plays as the Joker, under his interpretation, the Joker became a villain with inconvenient charm and clear mastery of disguise, which allowed him to act swiftly.

This collectible figure stands approximately 16.6cm, designed after THE DARK KNIGHT (2008) bank robbery scene appearance. One highlight improvement in our 1:12 scale body is we have increased the movable joint from 27 points to 35 points, and adopt full manual painting on head sculpted which provide more realistic performance.

This figure comes with highly detail weapons and accessories used in the movie, like smoke grenade, grenades, banknotes brick, guns and watch, one of the highlights will be our duffle bag which can be zip and carry all the weapon, allow players flexibly build their own “movie stage” with our backdrop attached to the set. Facial sculpture with high simulation, meticulous painting and clothing made of real fabrics perfectly present the character played by Heath Ledger! 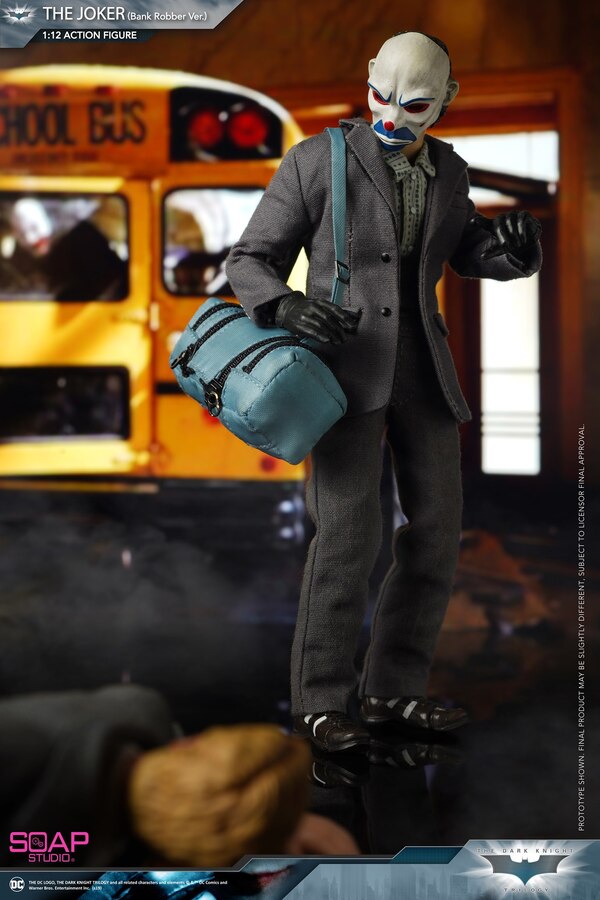 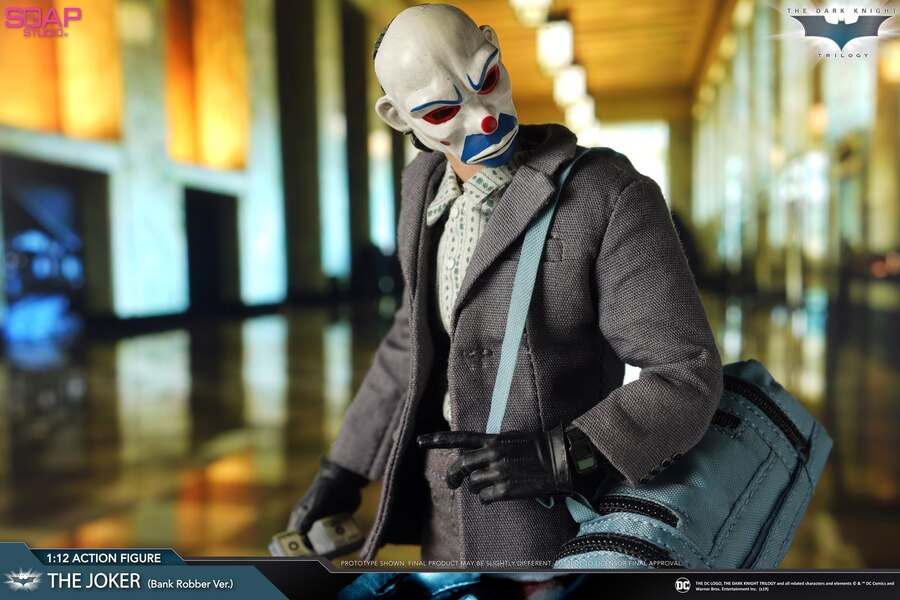 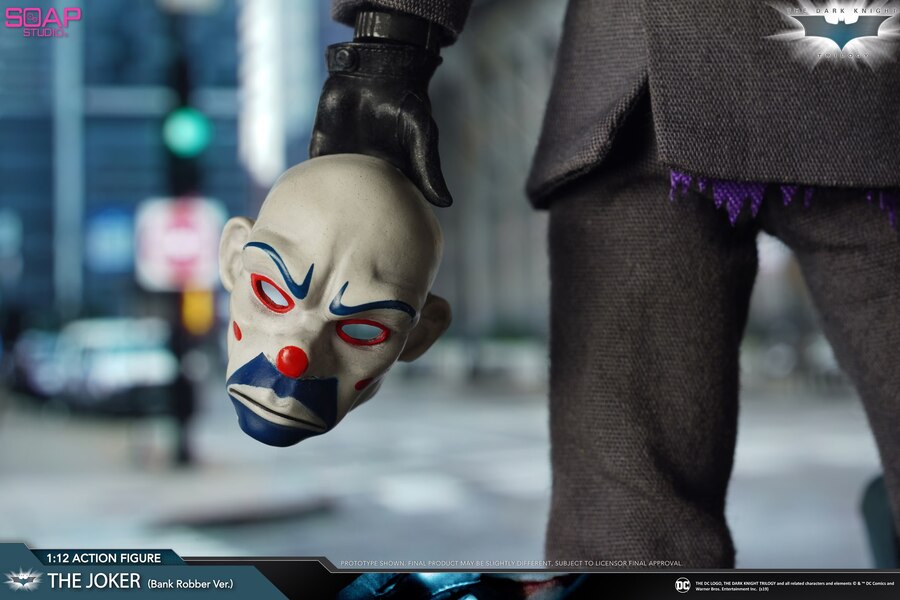 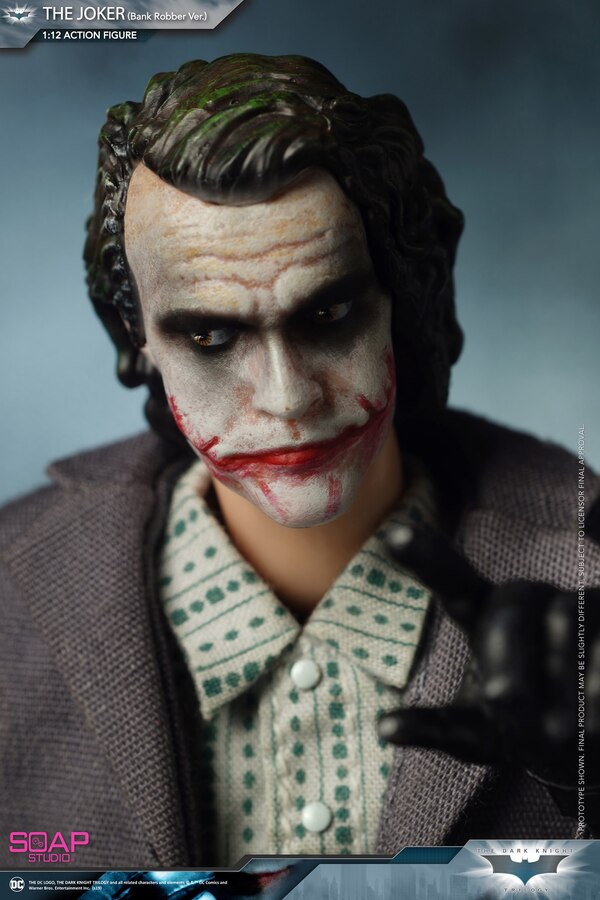 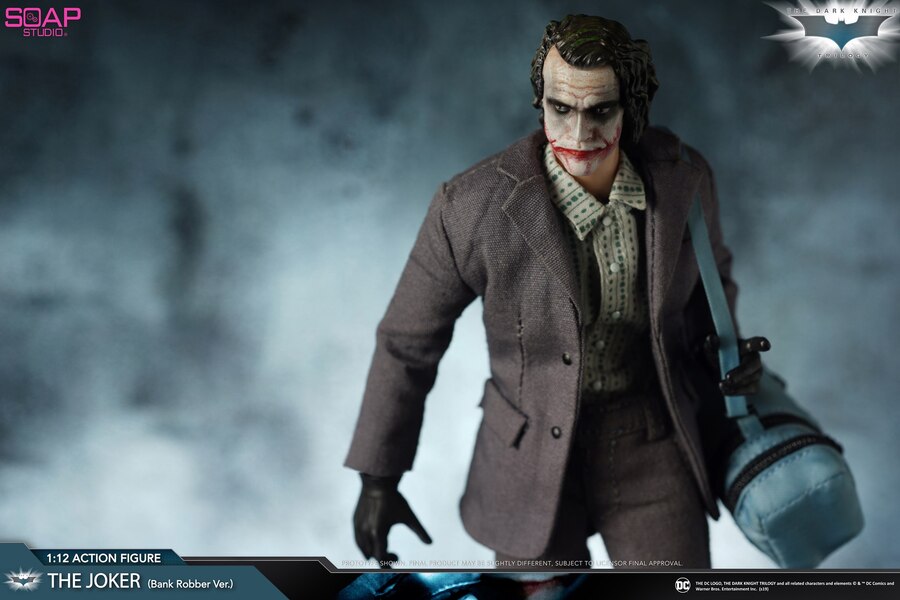 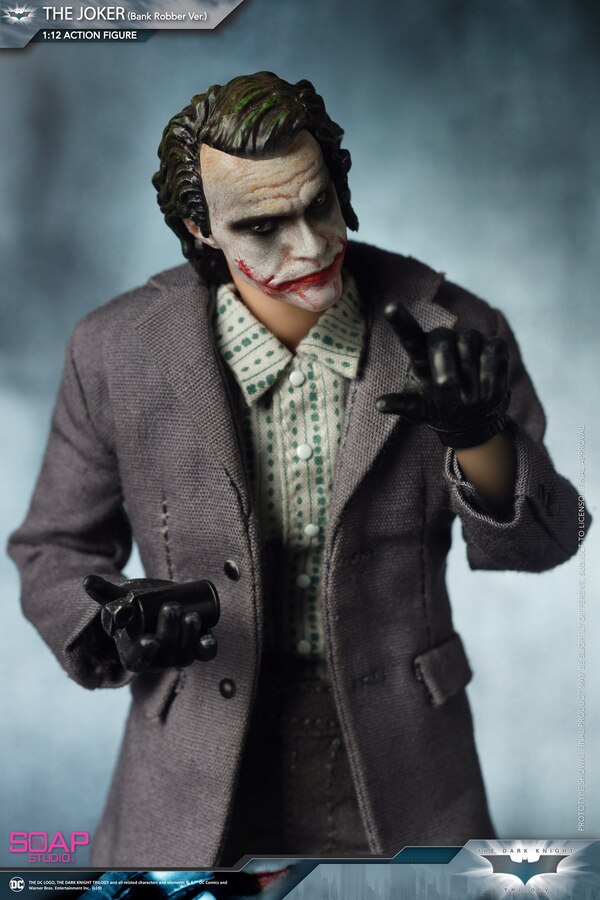 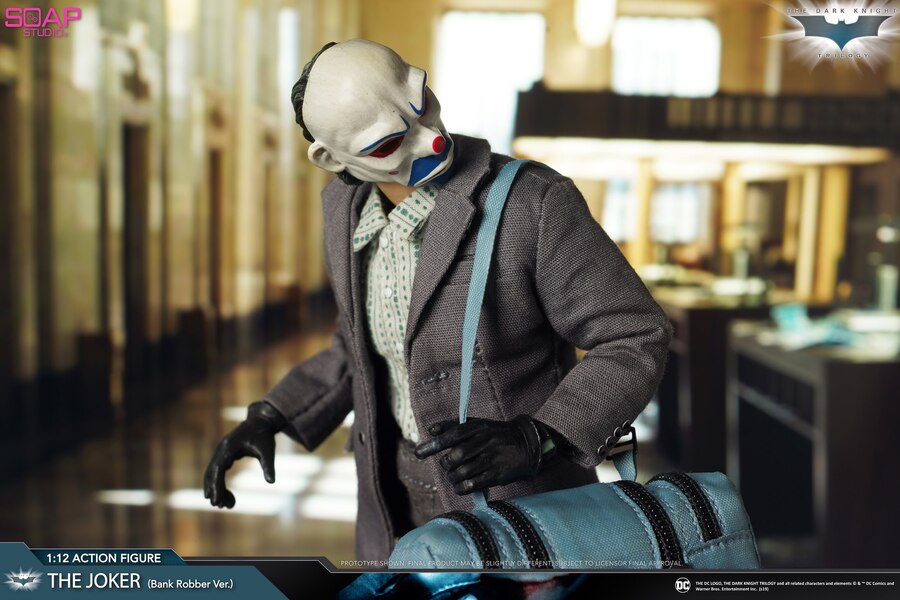 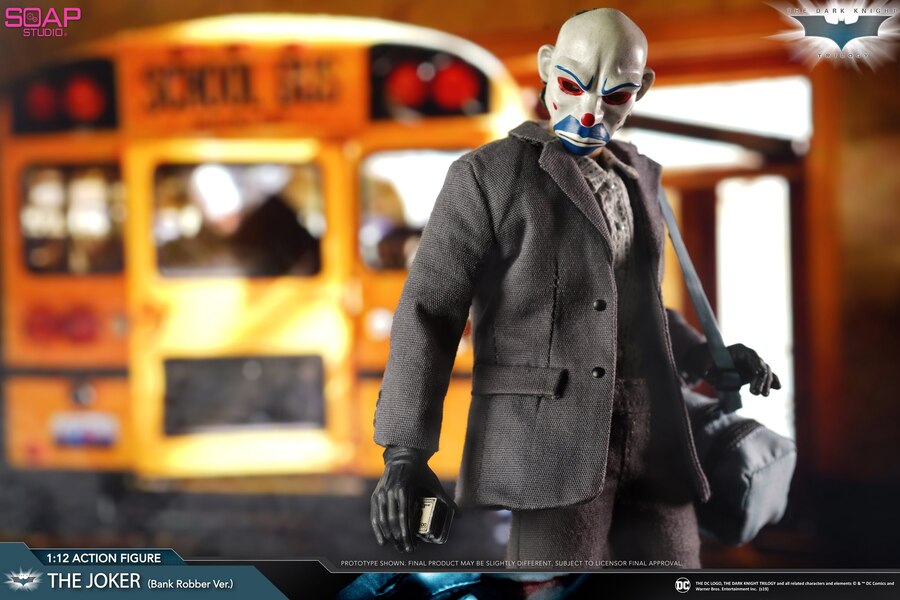 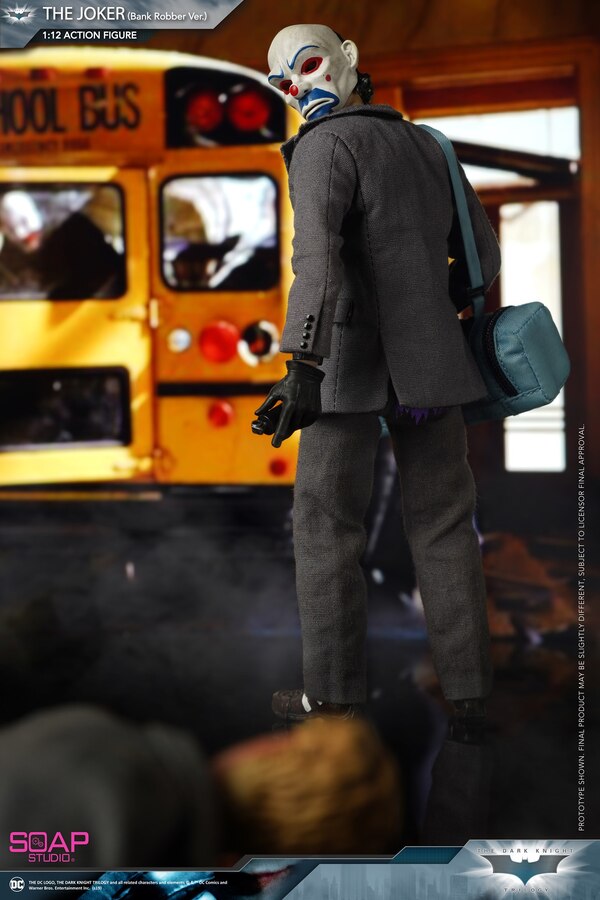 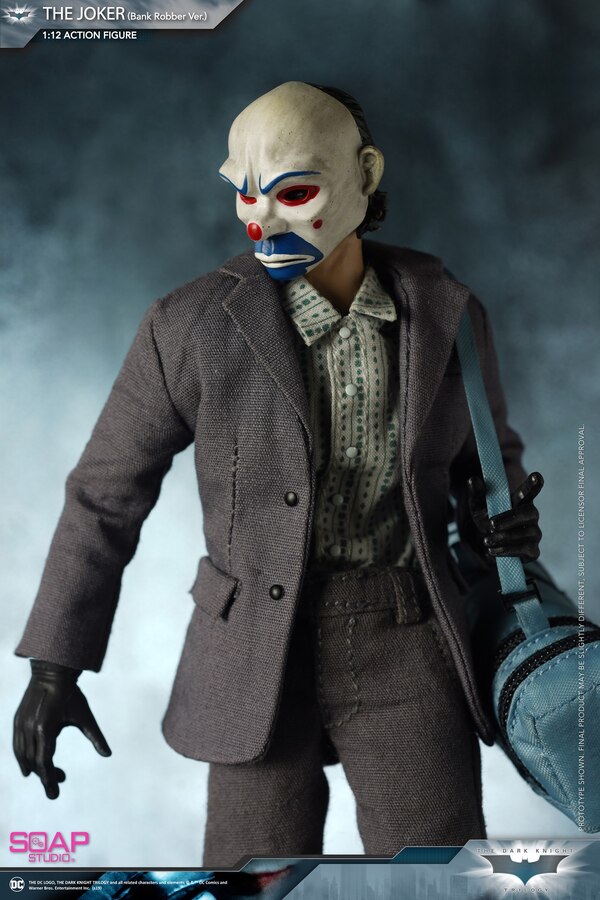 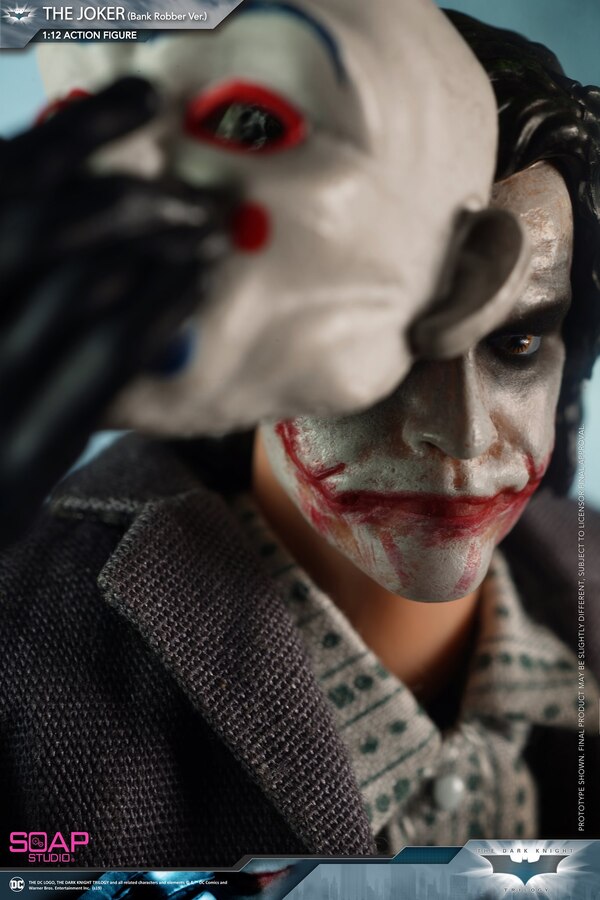 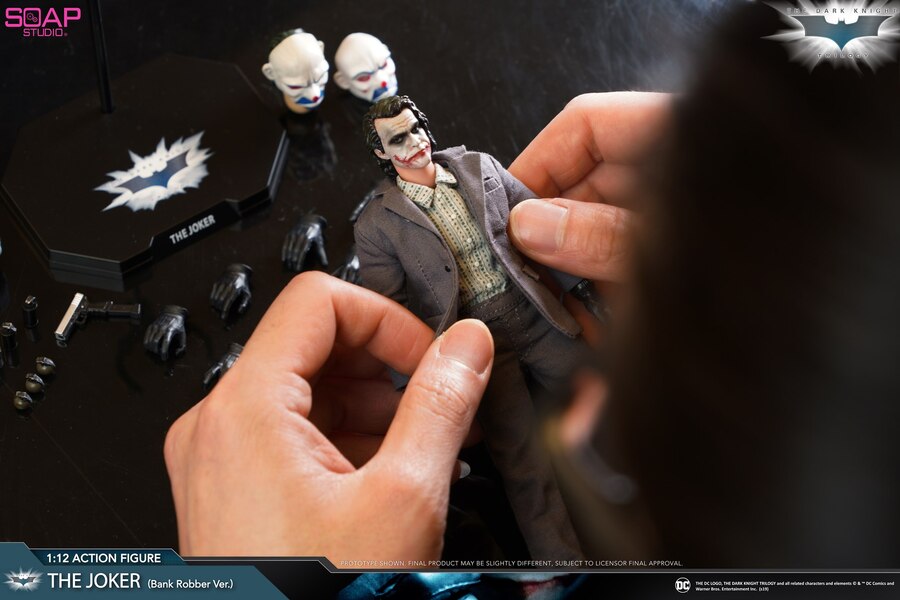 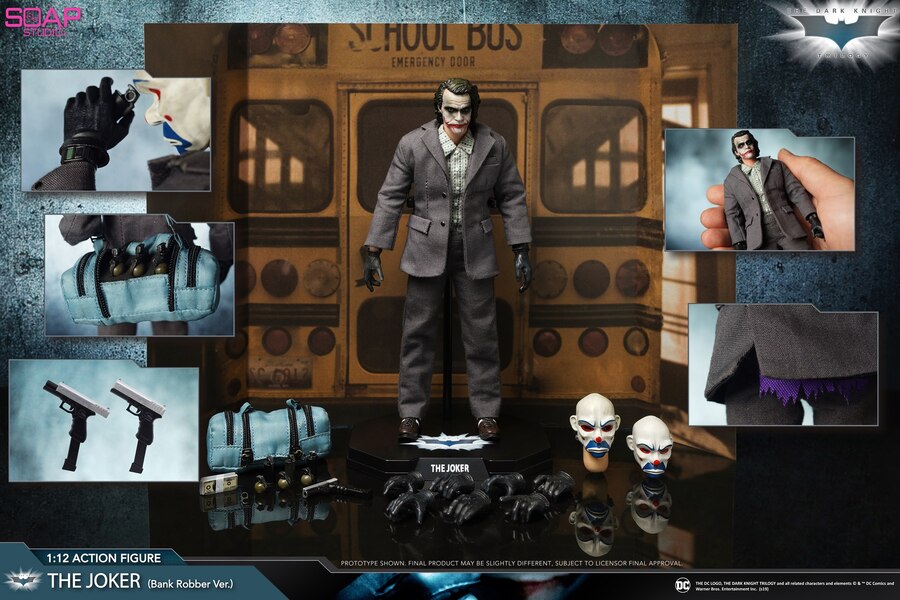 Boy! Does this look nice. Kinda thrown off by the bulky jacket thou, but the detail and accessories are just awesome.

Yet another Heath Joker, this on looks better in the head sculpt department then the DC Mutiverse version. Of course with the price differential this is to be expected.

Even after a decade, it's actually surprising how many toys are manufactured relating to this movie. Not a bad thing necessarily. Shows how good it was I guess.

Dang, this looks amazing. The likeness of the unmasked head is a little off, but I'd be displaying it with the mask anyway. This is a must buy. Soap did a great job with their stitching detail on their recent Harvey Dent figure (better than Mezco even) and it looks like that same level of detail carried over to this figure.I love it. Wow, this is stellar to me.

These figures are great. The other ones have a soft headsculpt and little paint, but the overall body and accessories are very good. Mezco started this trend pf 1:12 clothed action figures and now several companies are doing the same. I dig this one.