DC Comics
by Jay Cochran
February 14, 2020
From the visionary team behind Batman: The Animated Series come all-new stories set in this seminal animated world! Batman: The Adventures Continue, DC’s new, digital-first six-issue mini-series, launching in print on May 6, 2020, is co-written by Paul Dini and Alan Burnett, both producers of the original animated series, and illustrated by Ty Templeton, who has brought the world of B:TAS to comic books since 1992’s Batman Adventures #1.

Inspired by the beloved and Emmy Award-winning Batman: The Animated Series, these new comics reflect a new era of the long-running DC Collectibles action figure line by featuring newly designed characters never before seen in the beloved animated shows! DC’s Batman: The Adventures Continue characters are all based on art by Ty Templeton in the iconic Bruce Timm animated style. New figures from DC Collectibles launch this spring, and now, together with these new comics, the legendary Batman: The Animated Series continues to reach new audiences!

“Fans familiar with the Batman of The New Batman/Superman Adventures will be right up to speed,” says Paul Dini. “Alan and I approached the writing with the idea that we were doing the season you might have seen if we had not put the series aside to do Batman Beyond.”

“Tim Drake is still a very young Robin,” added Ty Templeton of the timing of the series. “Batman isn’t middle-aged or anything, and we’re not even close to the events of Batman Beyond.”

“What is different, however, is that we’re going back to cover certain gaps in the original series, events that didn’t have a bearing on the series at the time, but now do,” continued Alan Burnett. “In other words, there will be secret histories that will turn Batman’s world upside down. Things that no one knew were out there, until now.”

“Perhaps the most intriguing character in the run will be young man whose story threads through most of the issues,” teased Burnett. “He’s a smart, super-elusive loner who knows way too much about the Dark Knight. How this mystery man fits into the world of Batman Adventures and what he means to accomplish should, I hope, be a real jolt for old fans.”

In the first issue of Batman: The Adventures Continue, collecting two digital-first chapters, Wayne Enterprises in Gotham City is attacked by a giant robot that steals an entire room from the laboratory. Who’s controlling the robot? How will Batman stop the mechanized menace? And what does it all have to do with Lex Luthor’s sudden appearance in Gotham?

Batman: The Adventures Continue #1, written by Paul Dini and Alan Burnett with art by Ty Templeton and color by Monica Kubina, featuring a cover by Dave Johnson and a variant cover by Dan Mora, hits shelves on May 6, 2020. Digital-First chapters will be released beginning in April 2020.

DC Collectibles will be featuring 6" figures from this new series which were first debuted last February during Toy Fair. So far we have seen figures for Knightfall Batman, Red Hood, Batman Who Laughs, Deathstroke, The Dark Knight Returns Armored Batman as well as updated figures for Batman, Robin, Joker and Harley Quinn. You can check out images for all of these figures below. Check back later today for the latest DC Collectibles solicitations where a new Vampire Batman and updated Catwoman with unmasked headscupt figures for this line will be revealed.
Image 1 of 11 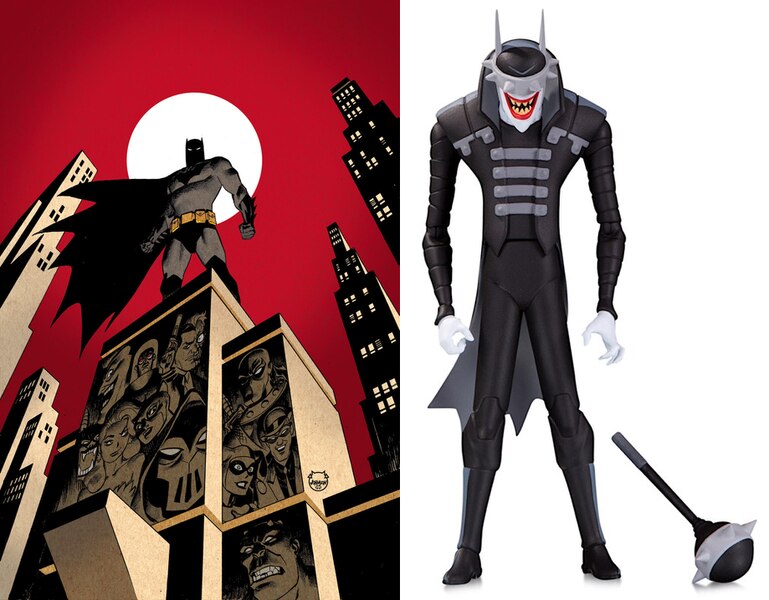 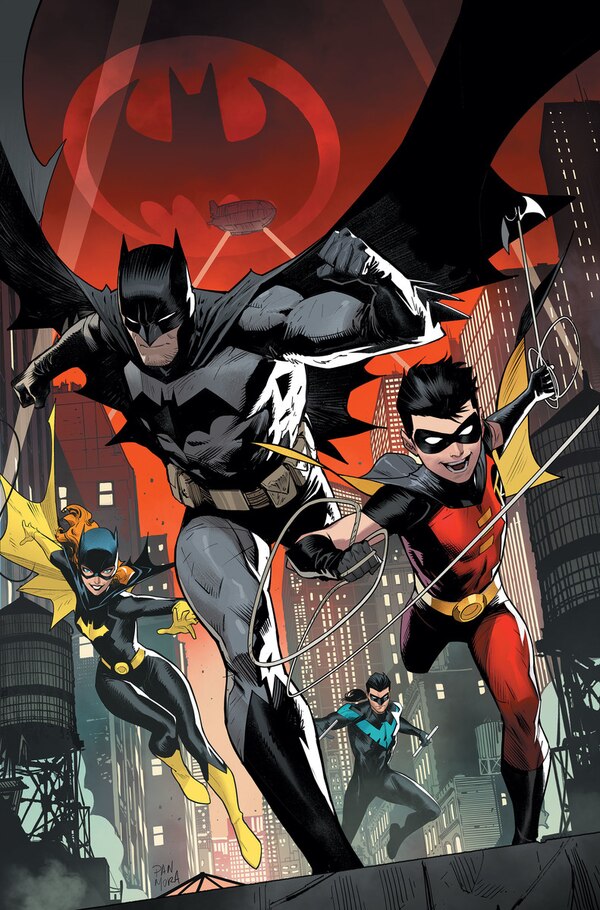 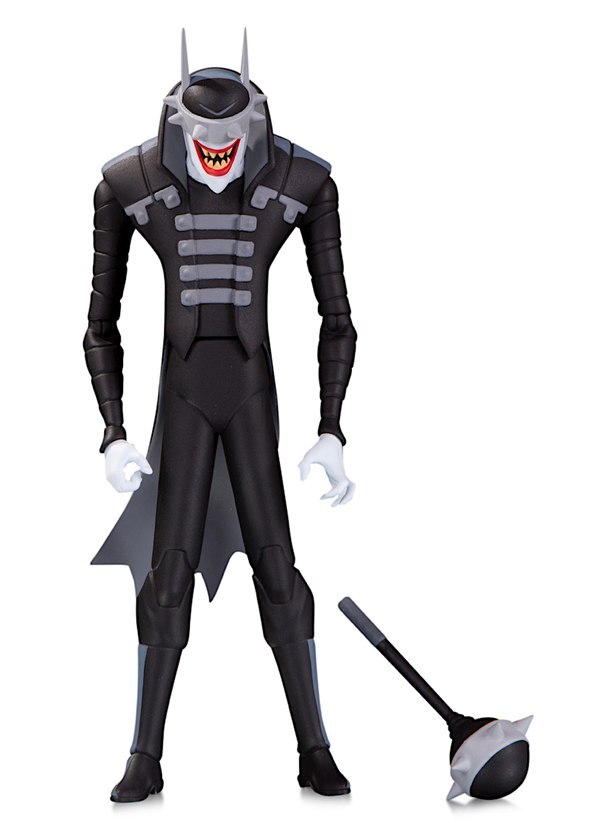 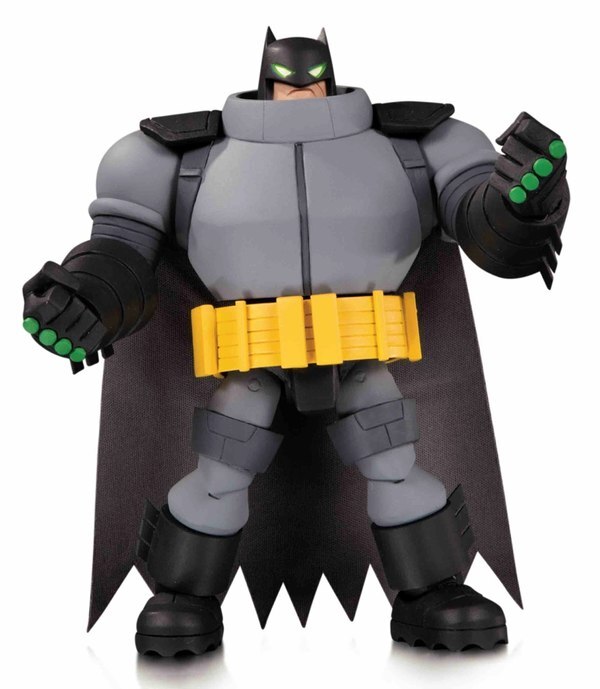 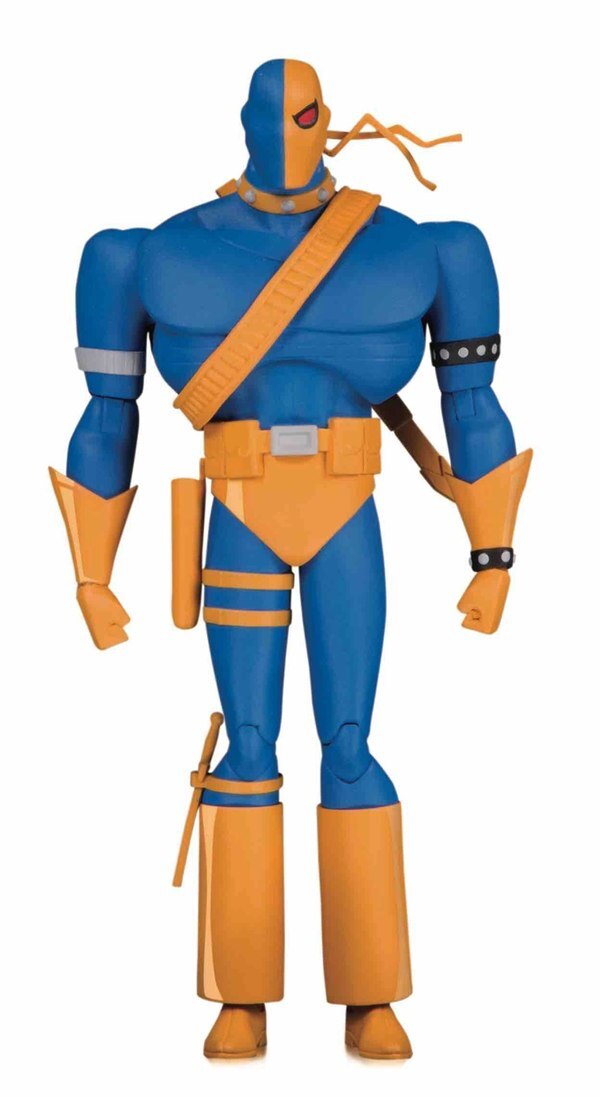 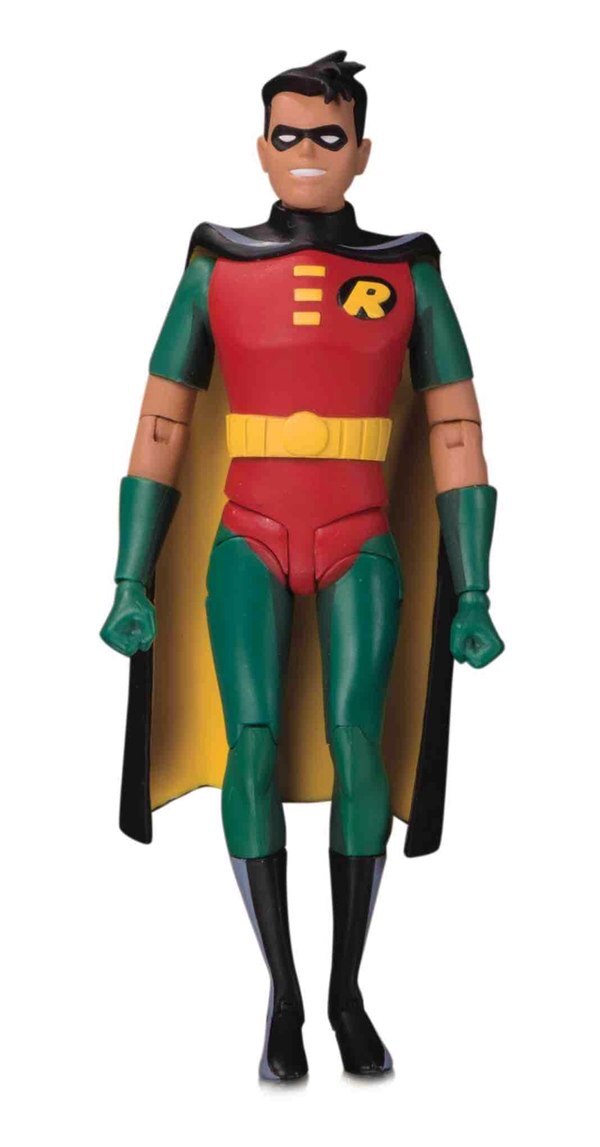 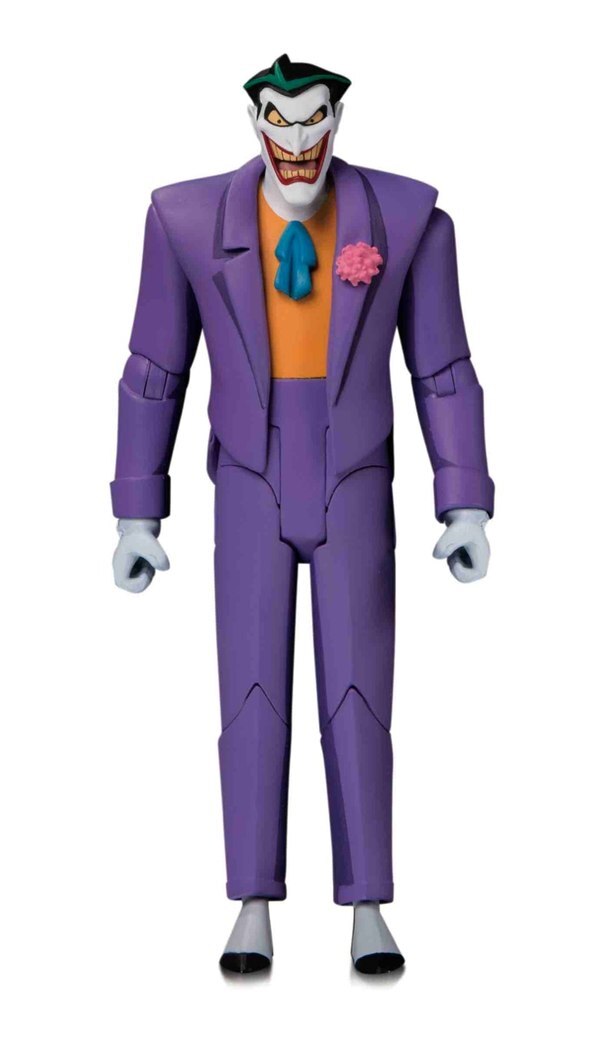 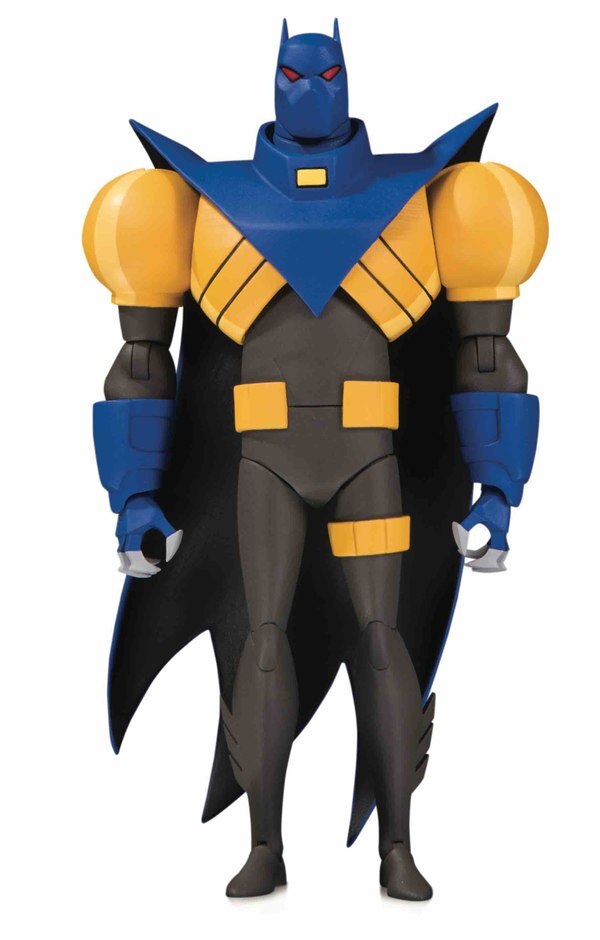 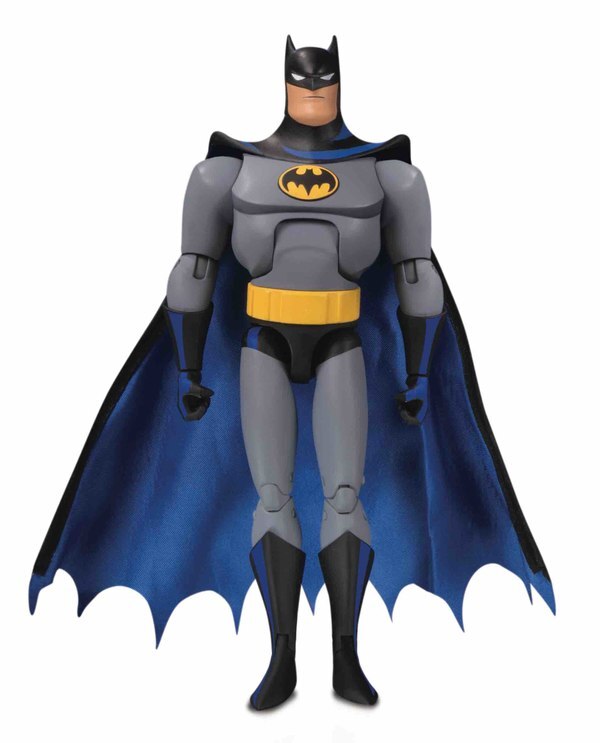 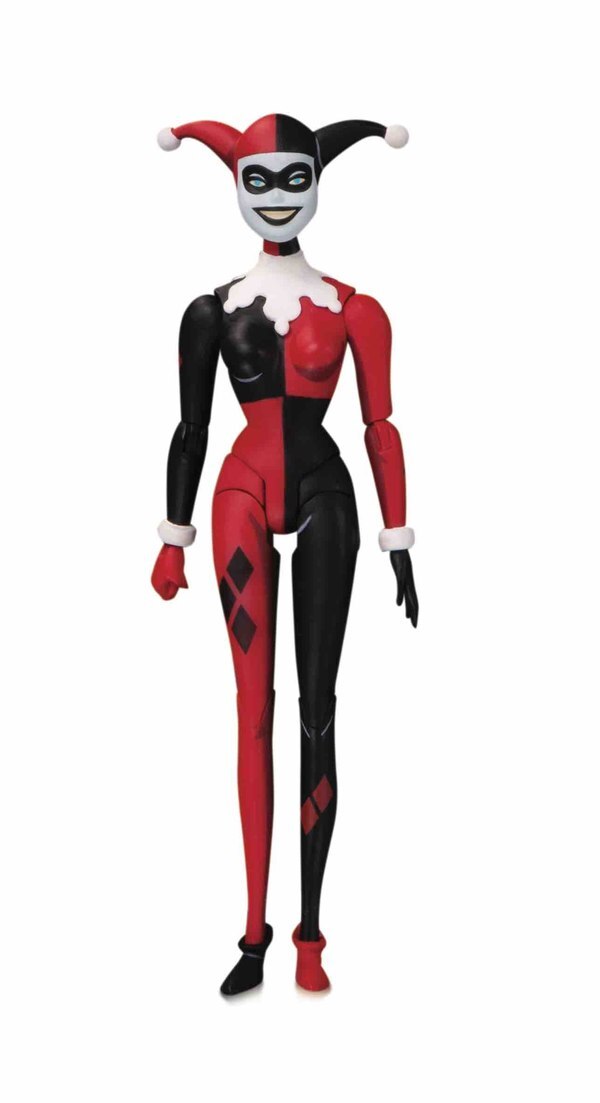 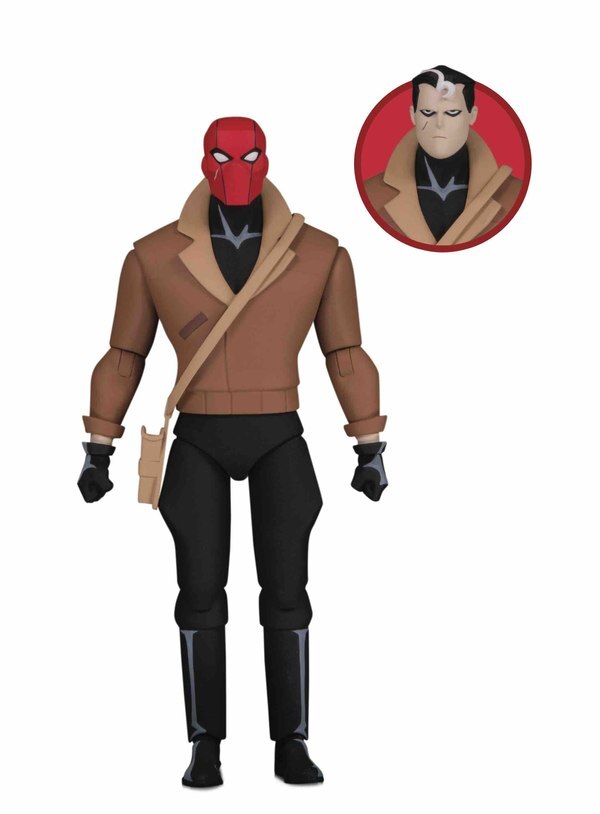 I am so happy thatthey are continuing the story, even to this day fan base for this tv universe is really strong, as the matter of fact I am rereading Batman Adventures comics right now, some of which were written by Dini, these comics were simplistic one issue or two issue storiesand yet could really tell greatstories.

Agreed on that. The Batman TAS in the McFarlane line looks a little weird to me proportion wise and in the face but I'm giving benefit of the doubt with them having to rush out product for shelf space. I'd love if they made articulated TAS line that looked close to what these look like. Just those very thin legs and small feet are the only reason I don't collect them anymore. Don't want to have to rely on stands for everything in the shelf.And the show is definitely one of the best interpretations of the character and well written material period for comic characters so any love and merch they make for it I am always down to check out.

Love how picture perfect the entire Batman TAS line has been but the articulation leaves a little to be desired and the small legs / feet causing balance issues were what turned me away from it. If it wasn't for at least the balance with these ones I'd be 100% down to pick up these and the rest of the line I don't already have. Leaning more towards selling off though and hoping McFarlane can strike a balance on them. Who knows. Can't argue with how damn good they look though

Love how picture perfect the entire Batman TAS line has been but the articulation leaves a little to be desired and the small legs / feet causing balance issues were what turned me away from it. If it wasn't for at least the balance with these ones I'd be 100% down to pick up these and the rest of the line I don't already have. Leaning more towards selling off though and hoping McFarlane can strike a balance on them. Who knows. Can't argue with how damn good they look though

Awesome, this should be really interesting to read, plus with the new figures coming out this certainly is gonna epic

This really lifts my mood, for me and many others I think the entire Animated Series is kind of the "definitive" version and my most loved. Glad to see it continue in any form, plus more action figures!

I knew about the figures (and just saw pics of Catwoman yesterday), but I did not know about the new comic book, and I'm pretty excited about it.