William Riker served as first officer aboard the U.S.S. Enterprise NCC-1701D for years, earning recognition as one of the most decorated and illustrious Starfleet officers ever to wear the uniform. Fearless in the face of danger, Riker and the crew have been instrumental in keeping peace throughout the galaxy as well as being responsible for key scientific advances crucial to the future of mankind.

In scale with past Star Trek: The Next Generation releases and sculpted by Art Asylum, prepare to boldly go where no man has gone before!
Image 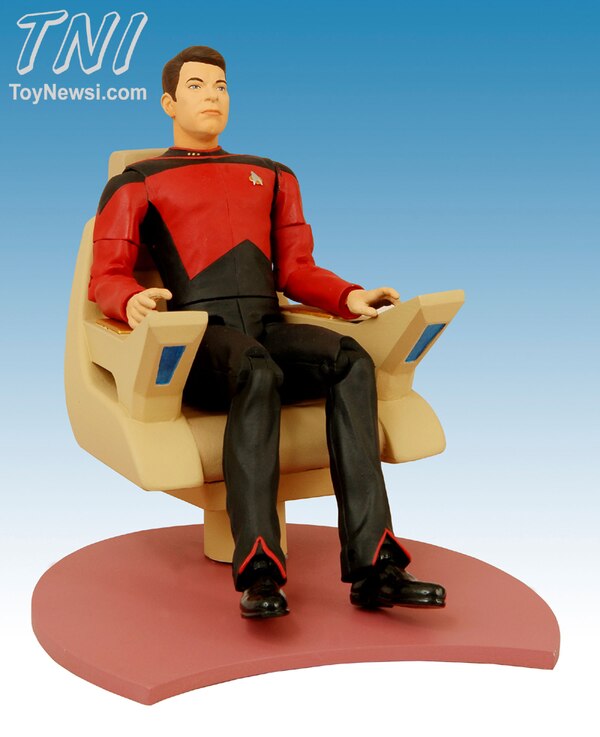