Star Trek
by Jay Cochran
May 09, 2012
Polar Lights, a brand of Round 2, LLC, is excited to announce that it will be hosting a special giveaway at the upcoming WonderFest Hobby Expo. Only at
WonderFest, show attendees can have the opportunity to leave the show with one of two prototype versions of Polar Lights’ all-new 1:350 scale Star Trek: the Original Series U.S.S. Enterprise NCC- 1701 model kit.

The first giveaway is limited only to Polar Lights’ official 1701 Club members. This exclusive club, first announced at WonderFest 2011, gives its members the opportunity to purchase the Premiere Edition of the 1:350 scale Enterprise kit, and grants them access to continual development updates and insider information. The first 1,701 members on the club roster will have the chance to purchase the Premier Edition kit upon its release, and members after 1,701 are on a waiting list to purchase any kits that remain unclaimed. 1701 Club members can come by the Round 2 booth at WonderFest 2012 to enter
their name into a drawing to win a test shot of the 1:350th scale kit, a prototype from the development process and a preliminary version of the long-awaited kit. The 1701 Club drawing will be held at 1 pm on Sunday, May 27. Club members are invited to visit our booth at the time of the drawing and the winner will walk away with the kit. 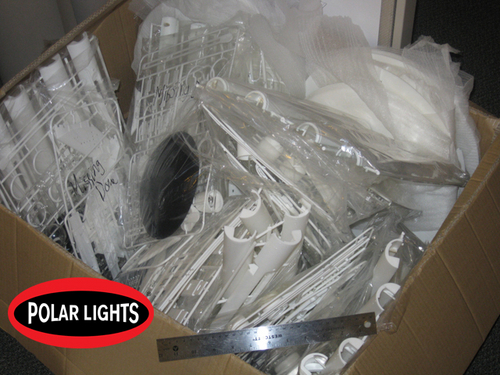 The second contest is a silent auction, which will occur over the weekend of the show. Attendees can place silent bids on another prototype version of the kit during the auction, and the highest bid will win the kit at the end of the show. The silent auction will also feature other special products and items from movies, TV and artists. Proceeds from the auction will benefit Guiding Eyes for the Blind, a nonprofit organization that trains and supports seeing eye dogs for the visually impaired.

The test shot kits that will be given away are preliminary versions of the kit that have come from the original factory as the tool was being refined. Molded in white, the prototypes reflect adjustments that have been made to ensure the accuracy of the model. “We’re excited to give the fans a little piece of the action,” said Polar Lights Brand Manager Jamie Hood. “These test shots provide some insight into the hard work behind making this model kit a reality.”

Polar Lights has worked with a team of experts to make this kit the most accurate representation of the U.S.S. Enterprise since the original filming model. The standard version of the kit, licensed by CBS Consumer Products, will be available through hobby shops and specialty stores in October 2012.

To learn more about Wonderfest, visit www.wonderfest.com.
For more on Guiding Eyes for the Blind, visit www.guidingeyes.org.
Image 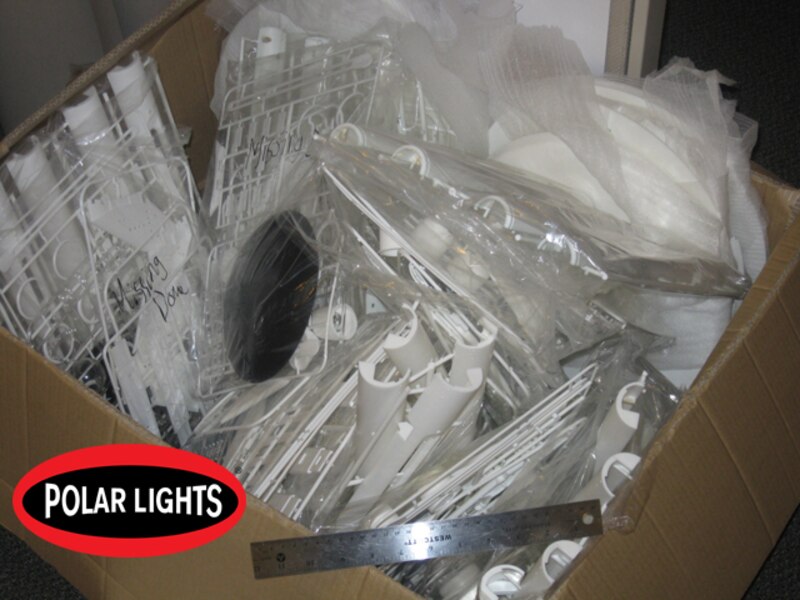 Search Online Stores for Round 2 To Host Excl