Star Trek
by Jay Cochran
May 23, 2013
Quantum Mechanix Inc. (QMx), a creative studio and developer of specialty movie collectibles, is thrilled to announce its line of screen-authentic props for Paramount Pictures’ Star Trek Into Darkness from J.J. Abrams, which debuted in theaters on May 17th.

Thanks to the collaboration between QMx and the filmmakers, fans will be able to purchase high-quality Star Trek™ collectibles created exactly the same way the on-screen props were made.

“It was an honor to help create some beautiful props for Star Trek Into Darkness,” said QMx CEO Andy Gore. “With the demands of modern filmmaking, a prop must look amazing even in close-up on an IMAX screen, which coincidentally is the same level of quality that discerning fans demand of their favorite collectibles. In that respect, QMx was well prepared for this challenge.

“What really excited the team was the opportunity to create these props, make them look fantastic, and also engineer them so they could be manufactured in quantity with the same level quality,” Gore continued. “That’s why we refer to our line of Star Trek Into Darkness collectibles as ‘screen-authentic,’ because fans will be getting exactly what they see in the theater.”

Among the screen-authentic collectibles QMx will be offering:

- Starfleet Class Ring – A QMx-original design made especially for Star Trek Into Darkness, the ring will be available in both limited-edition sterling silver and open-edition metal alloy versions. The metal-alloy ring is expected to retail for $29.95 and will come in an industry-first black leatherette gift box with its own built-in LED lighting system that spotlights the face of the ring. It is expected to ship in Q2 2013.

- Starfleet Phaser – QMx partnered with Hollywood propmaker Kenney’s Custom Props, LLC, which redesigned the familiar Starfleet phaser with updated finishes, servo spinner and working power dial. The stunt version of this pistol – which features a manual spinner that uses magnets to lock the barrel into position – will be available as part of an Amazon.com exclusive gift set that includes the 3D Blu-ray Combo Pack this fall. The servo phaser will be available in 2014.

- History of Starflight Model Collection – QMx FX Cinema Arts premier model-making center (where all of our Artisan ship models are constructed) made 14 filming miniatures that mark the history of flight, from the Wright Flyer to the Vengeance. Included in the lineup were many legacy Star Trek ship designs, including the NX-01, the U.S.S. Kelvin and the Ring Ship. QMx will be releasing several of these models, some as Artisan filming miniatures and some as smaller-scale, value-priced replicas. Fans can expect to see the Vengeance in both prop and collector scale; the Kelvin in collector scale; and the Ring Ship in a very limited, prop-scale Comic-Con exclusive release. The company also plans to release a prop-scale version of the NX-01.

- Starfleet Division Badges – QMx is releasing each of the four Starfleet division badges (Command, Science, Engineering, Medical) worn by the crew of the Enterprise as 1:1 scale metal replicas. Those badges are shipping now.

United Federation of Planets Flag – Screen-accurate replicas of the ceremonial flag seen in Star Trek Into Darkness will be released this summer and will be available for a limited time through ThinkGeek.com and QMxOnline.com. The flag is made of lightweight polyester and printed using the original digital files of the UFP logo from the film.

In addition, QMx will be offering the three official posters from Star Trek Into Darkness. They include the main Teaser, the Pursuit and the Enterprise Falling. The art-print quality posters will be the same size as a movie one-sheet – measuring 27 inches wide x 40 inches high – and will be printed on 100-pound, satin-finish paper.
Image 1 of 17 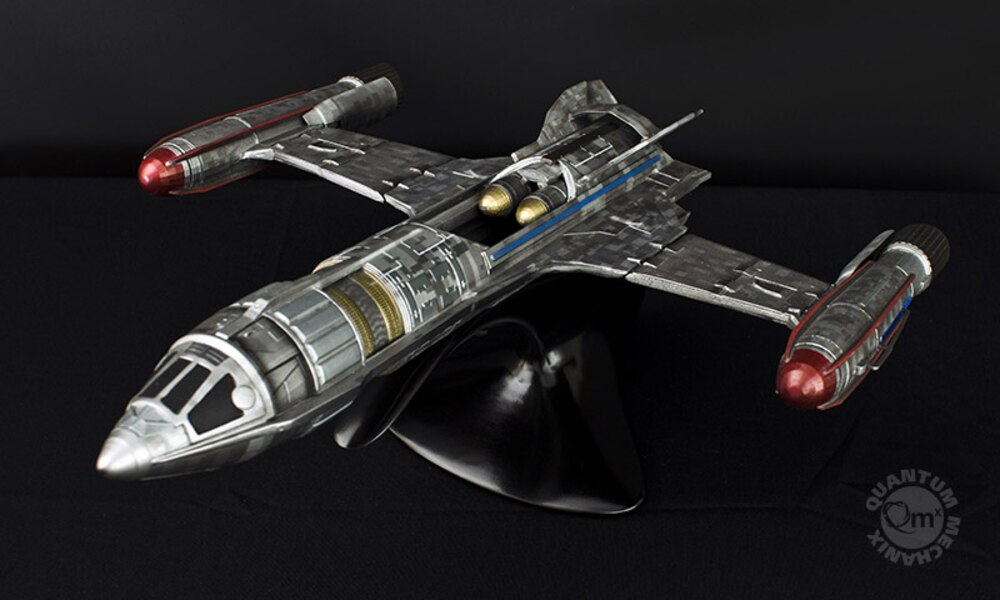 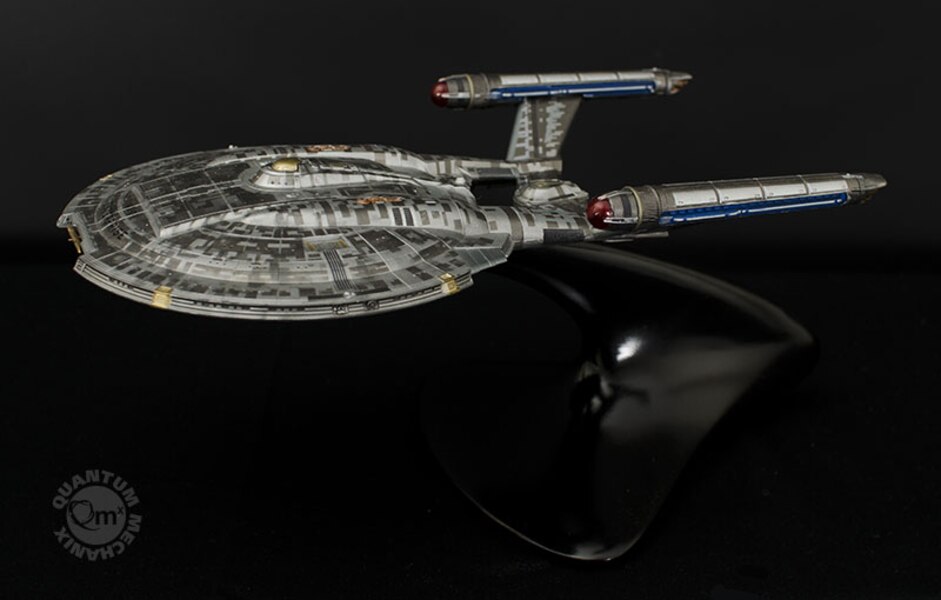 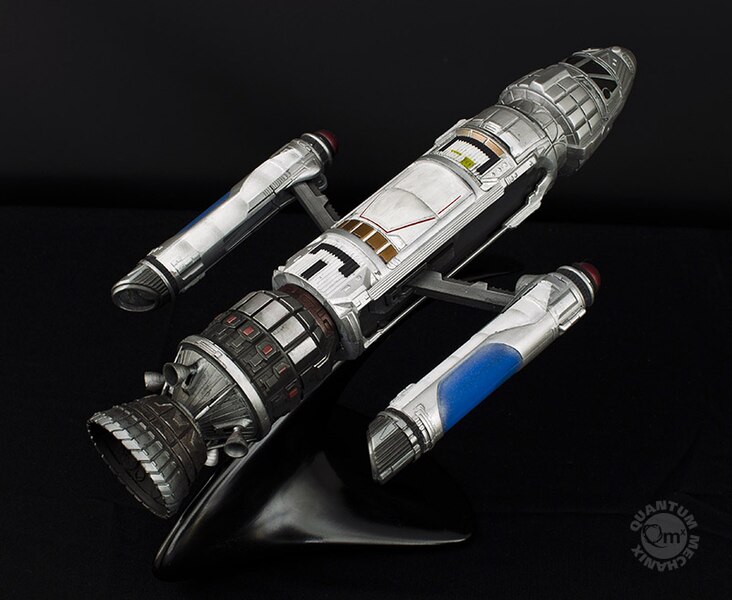 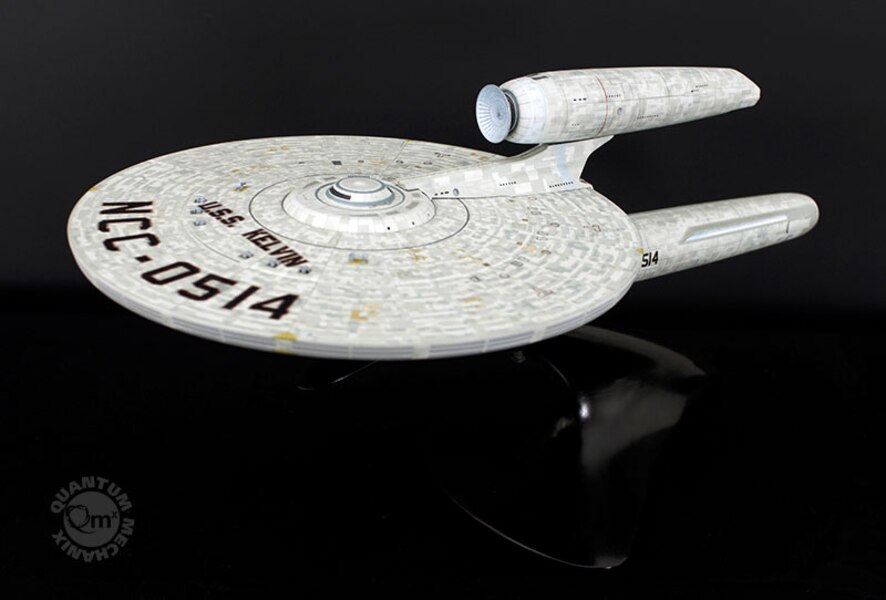 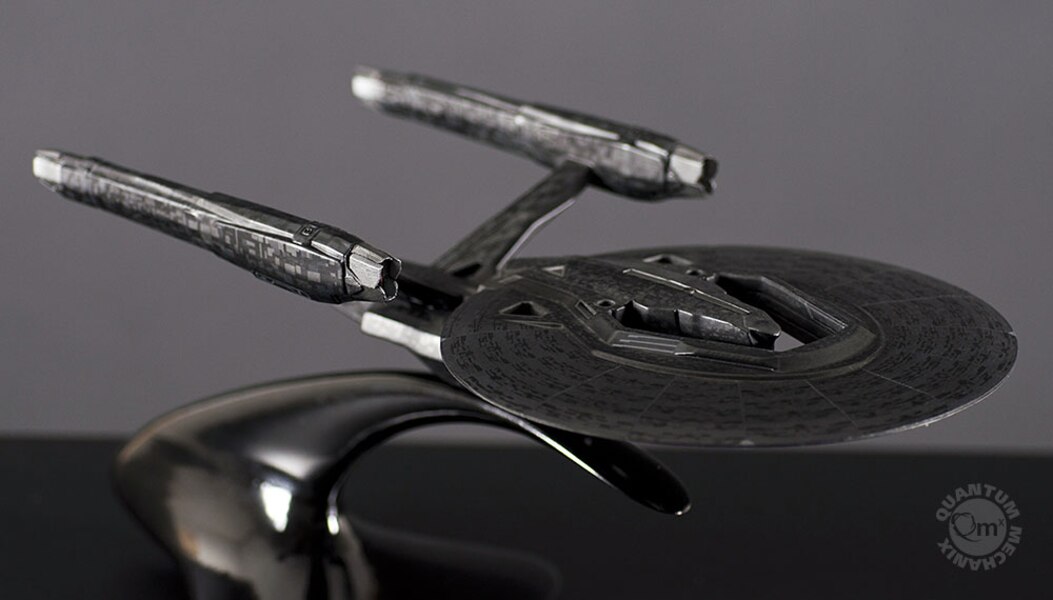 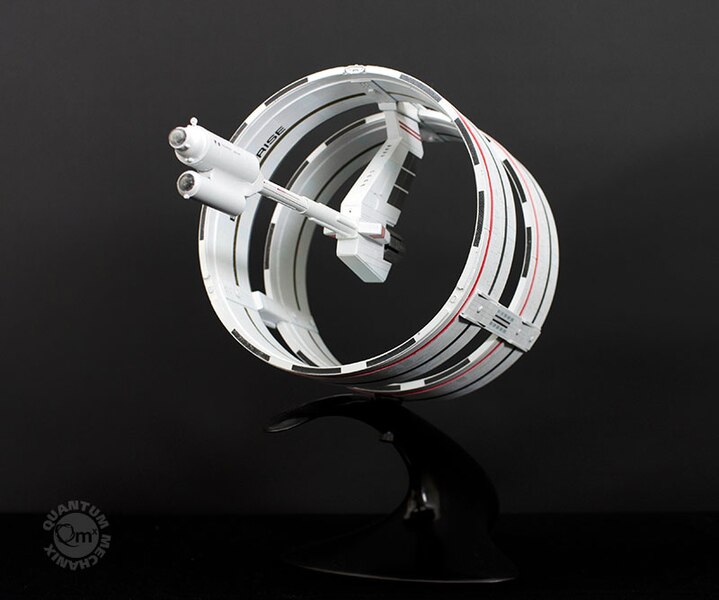 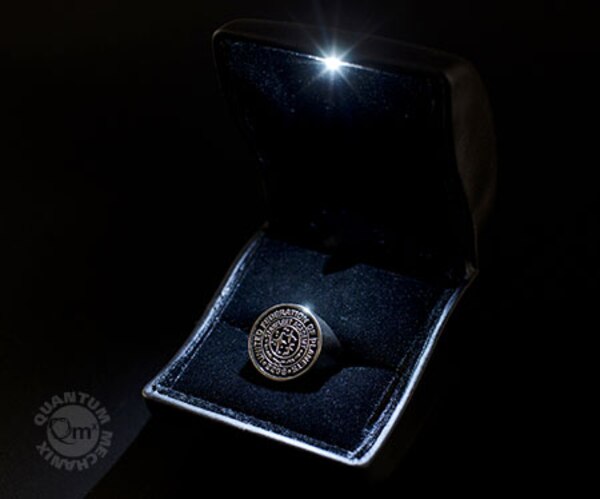 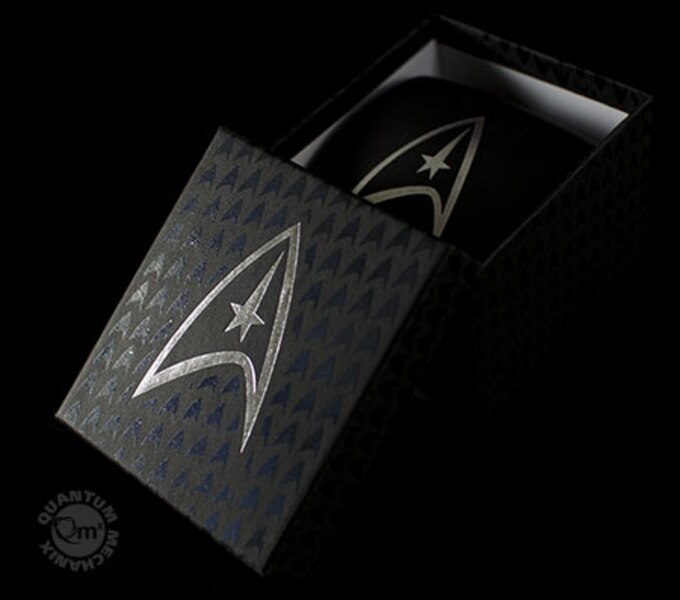 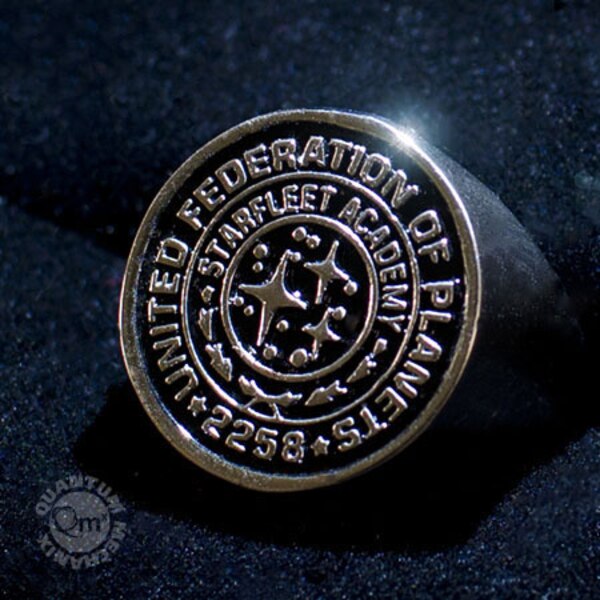 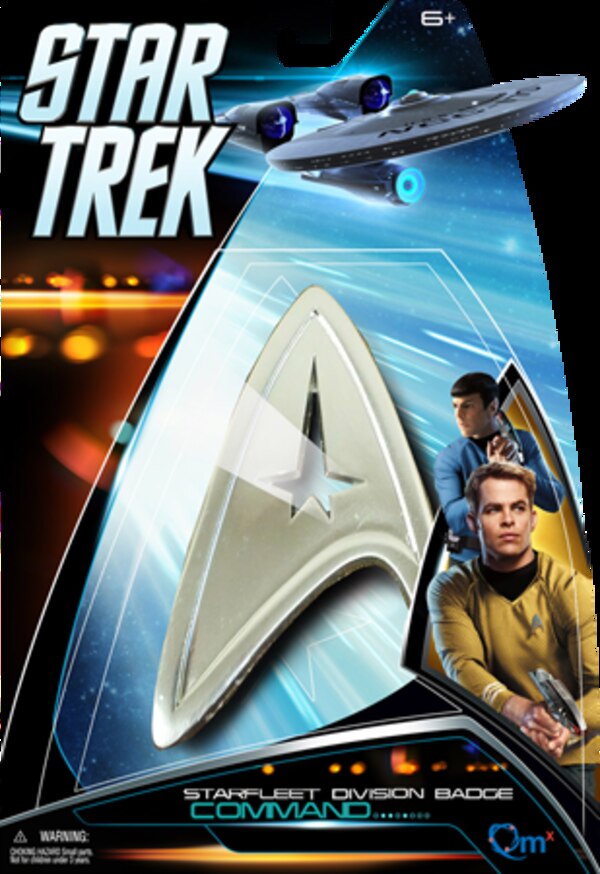 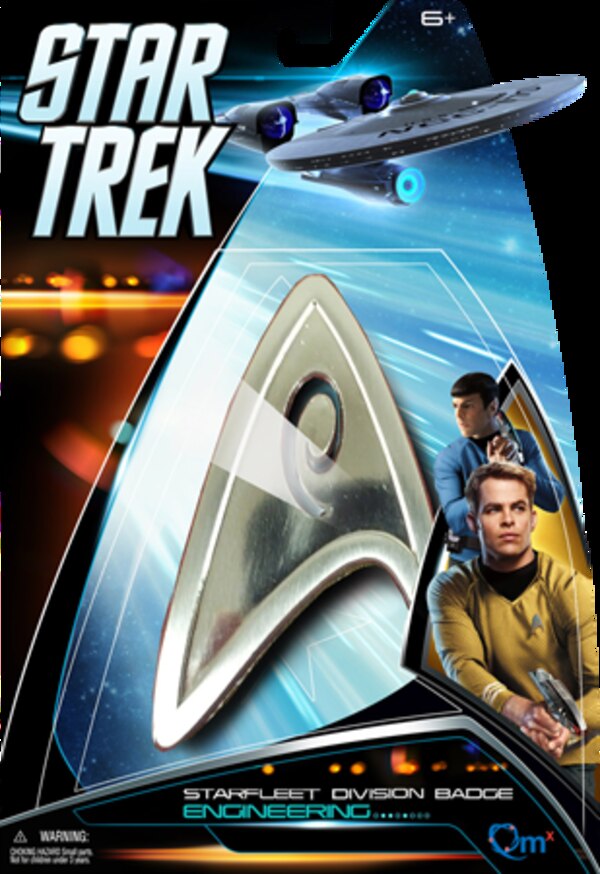 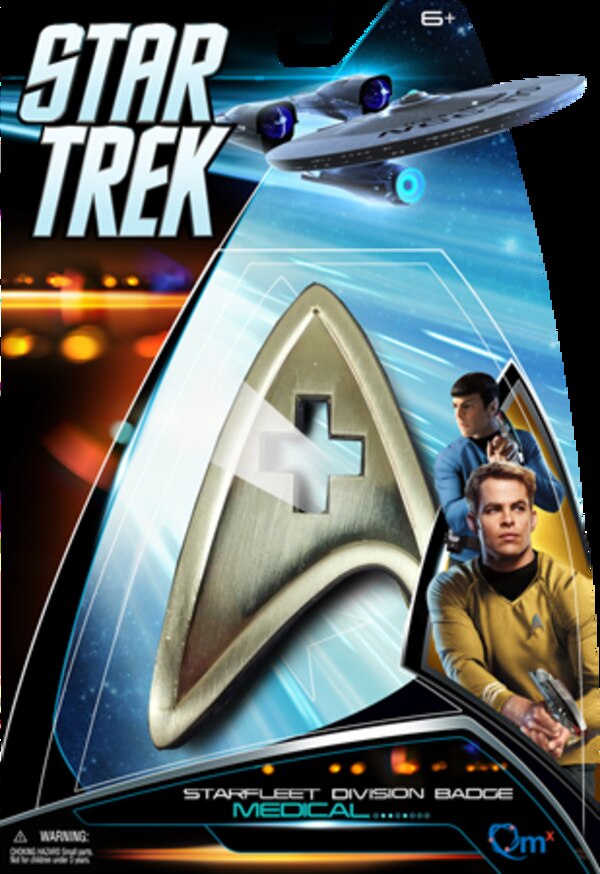 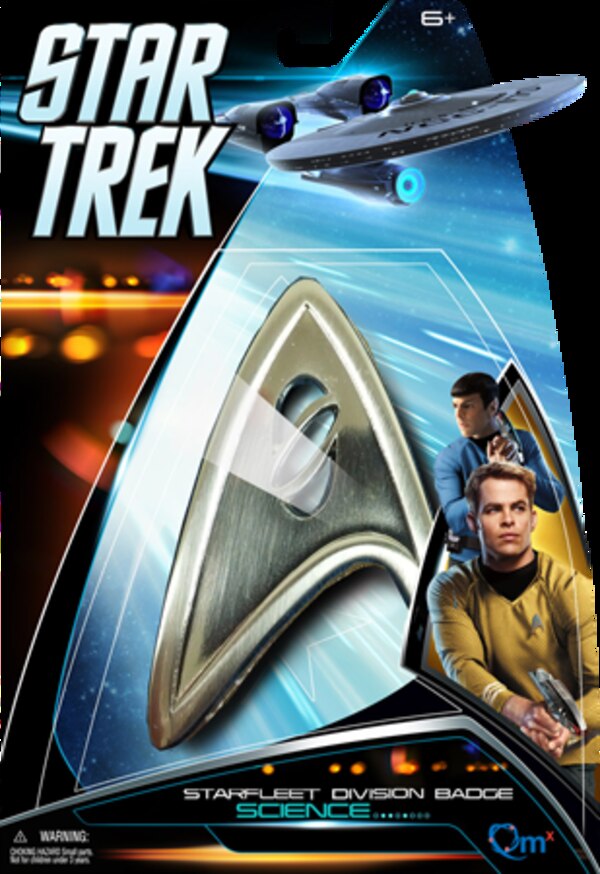 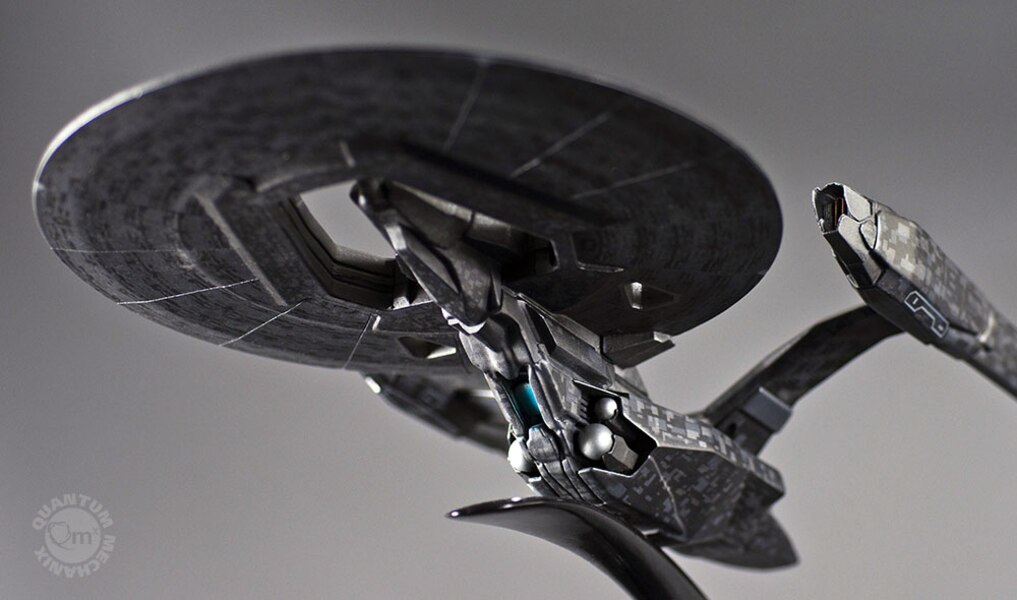 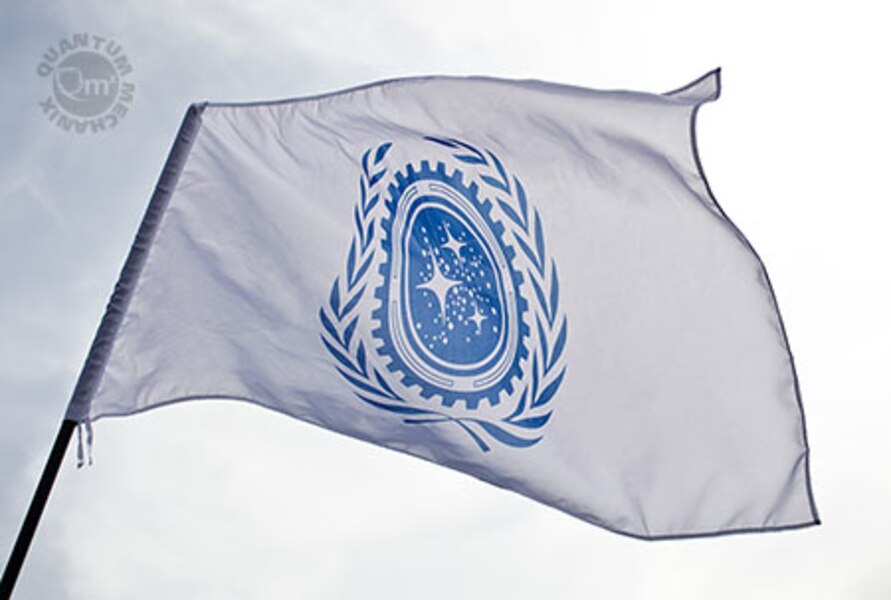 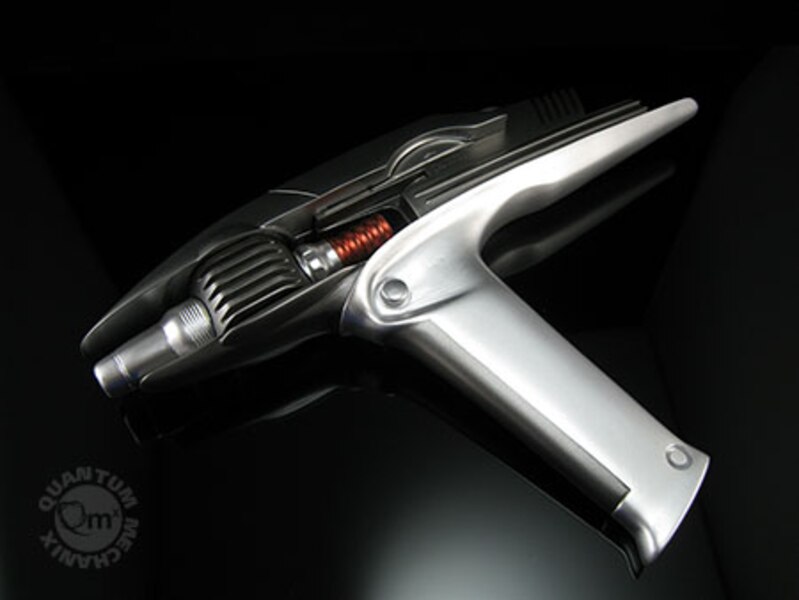