Star Trek
by Jay Cochran
April 13, 2016
The One:12 Collective is proud to present Spock as he appeared in the 1st filmed Star Trek episode, The Cage. Available exclusively from GetSpock.com, this limited-edition figure is produced for release at the 50th Anniversary Star Trek Convention in Las Vegas.

In The Cage, Spock is portrayed with an different uniform, has a different style of communicator, and uses a different weapon referred to as a laser instead of as a phaser. Physically, Spock has a different appearance with more pronounced ears, a less refined hairstyle, and severe eyebrows.

Digitally modeled to craft an uncanny, episode specific actor likeness and assembled on a One:12 Collective body with over 32?? points of articulation, this figure features an episode accurate outfit to create an amazing collectible.

Each figure is packaged in a deluxe, fifth panel window box featuring character specific artwork and a translucent acetate slipcover. Designed for collector convenience, the packaging has been especially engineered to allow for both maximum protection without sacrificing ease of removal for display.

This figure is available exclusively from Vegas Dead Dolls at the 50th Anniversary Star Trek Convention at the Rio Suites and Hotel in Las Vegas and from www.GetSpock.com
Image 1 of 2 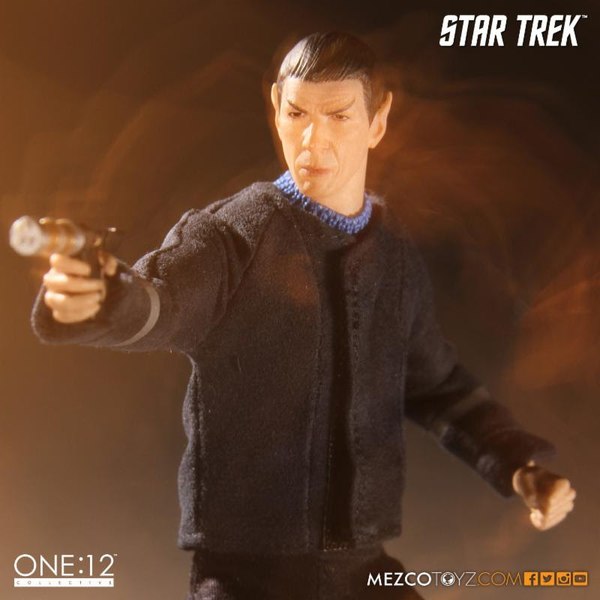 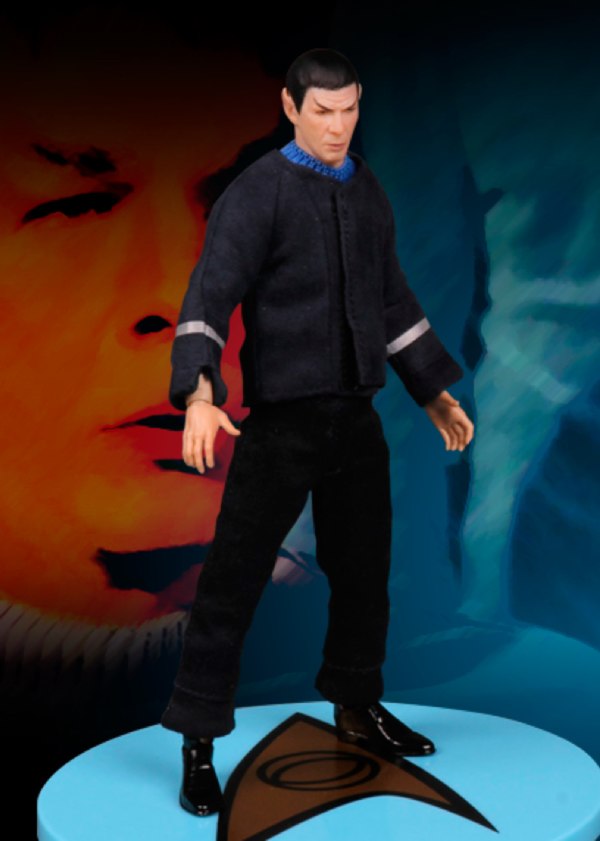 Search Online Stores for The One:12 Collectiv