As most MOTU fans know, He-Ro is our special San Diego Comic-Con 2009 MOTU figure. You've waited patiently, and now I can finally share some of the details!

This version of He-Ro will be available at SDCC, then at MattyCollector.com after the show. Both the SDCC version and the MattyCollector.com version will have three different Spell Stone variants, randomly packed. But like all spell stones, they're well hidden. The stones come packed in a closed Spell Staff so the only way to know which version you have is to open the package, then open the staff to see the color. 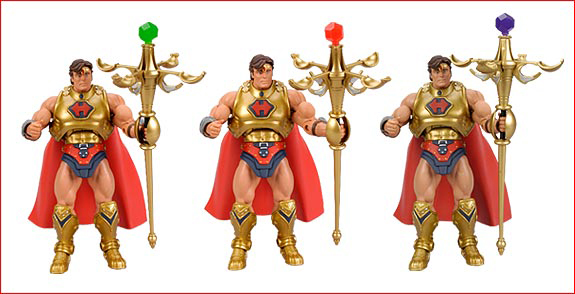 There's one more thing... if you get He-Ro at the show, he'll also have a special SDCC variant with the SDCC logo on his chest under the armor (you'll need to take him out of the package and remove the armor to see the logo)! The logo version will be sold only at SDCC.

If you can't get to the SDCC, don't worry, because we've got you covered. You can still get He-Ro without the SDCC logo here on MattyCollector.com after the show on Monday, August 3rd at 12:00 NOON ET, so be sure to mark your calendar.
Image 1 of 8 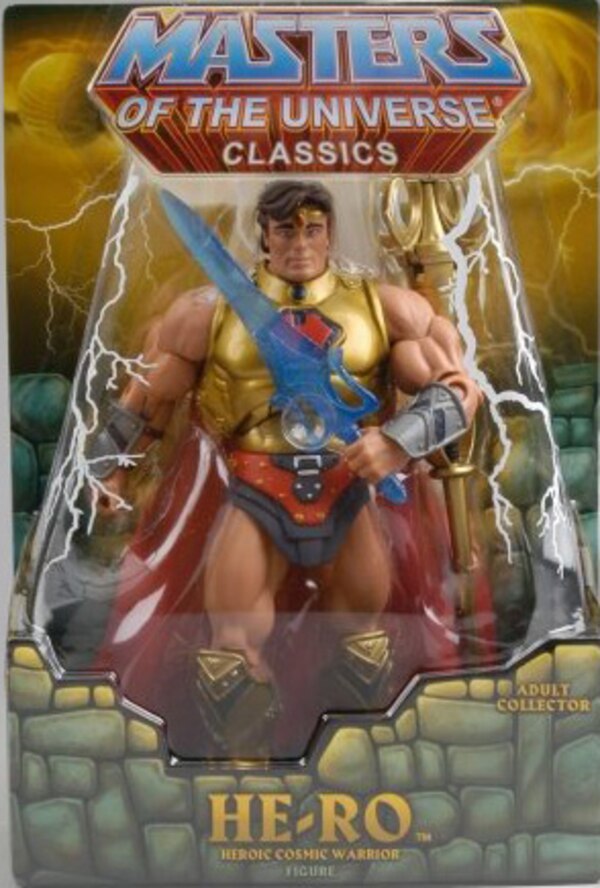 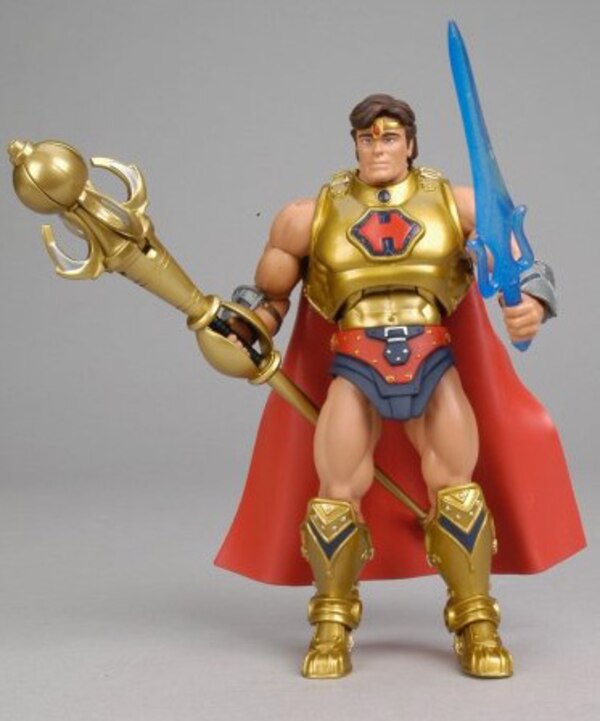 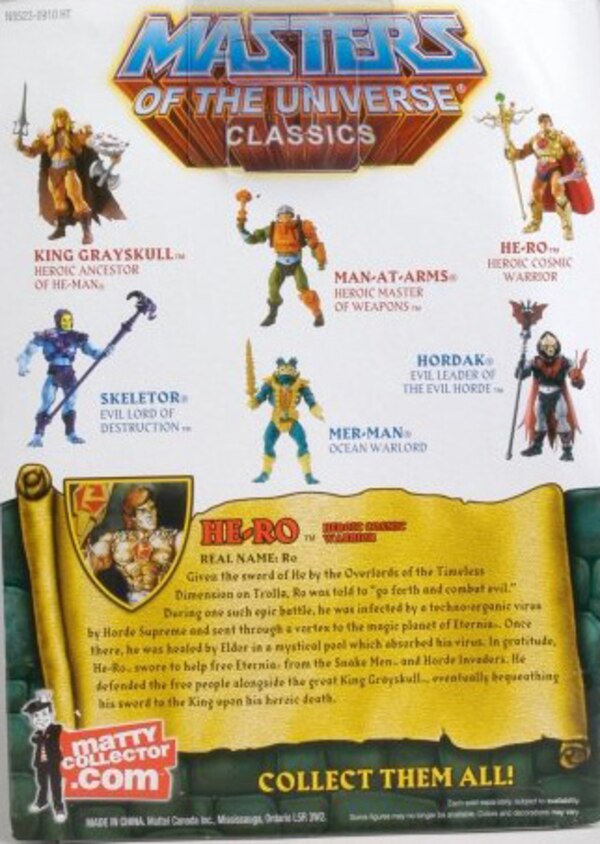 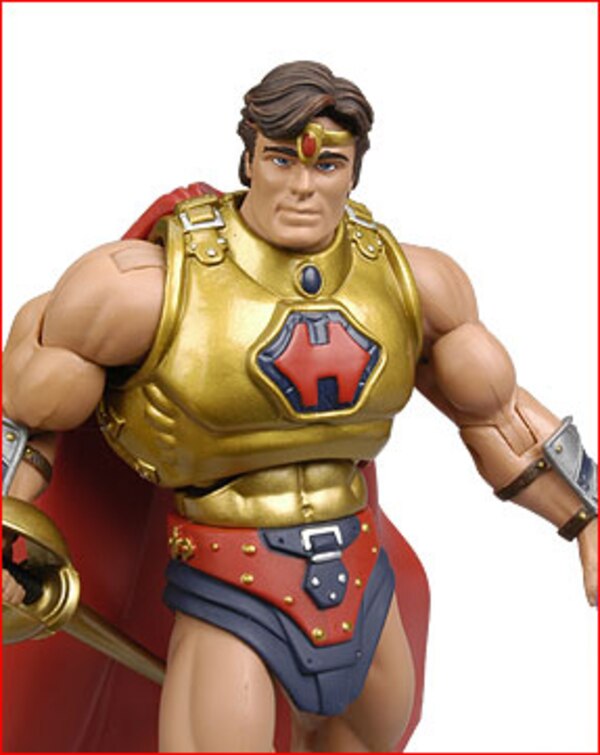 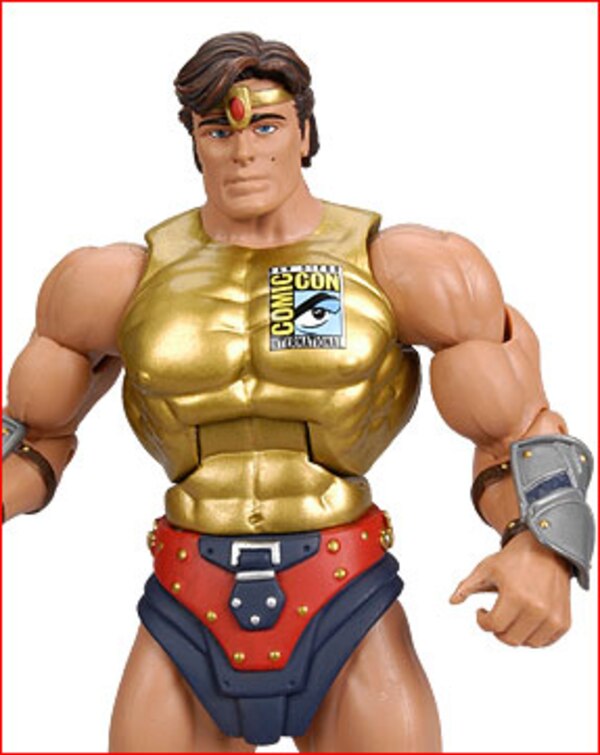 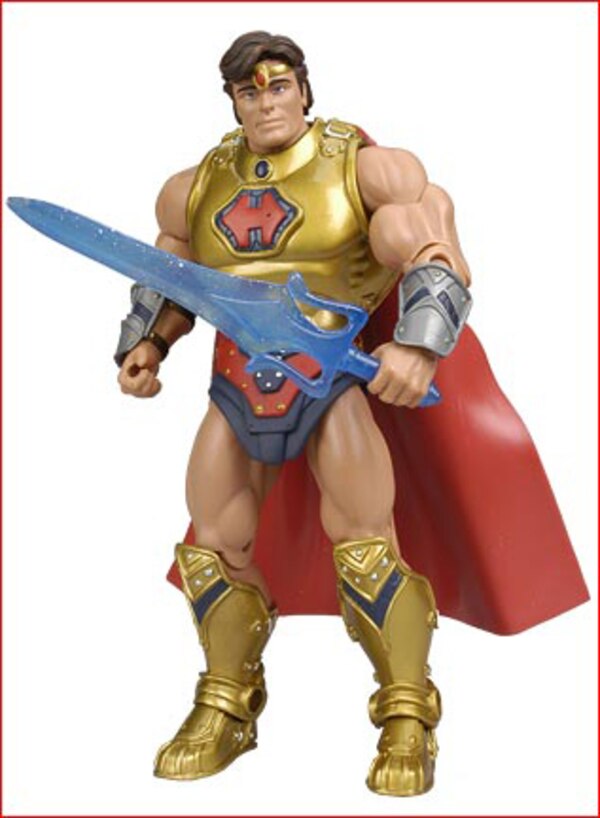 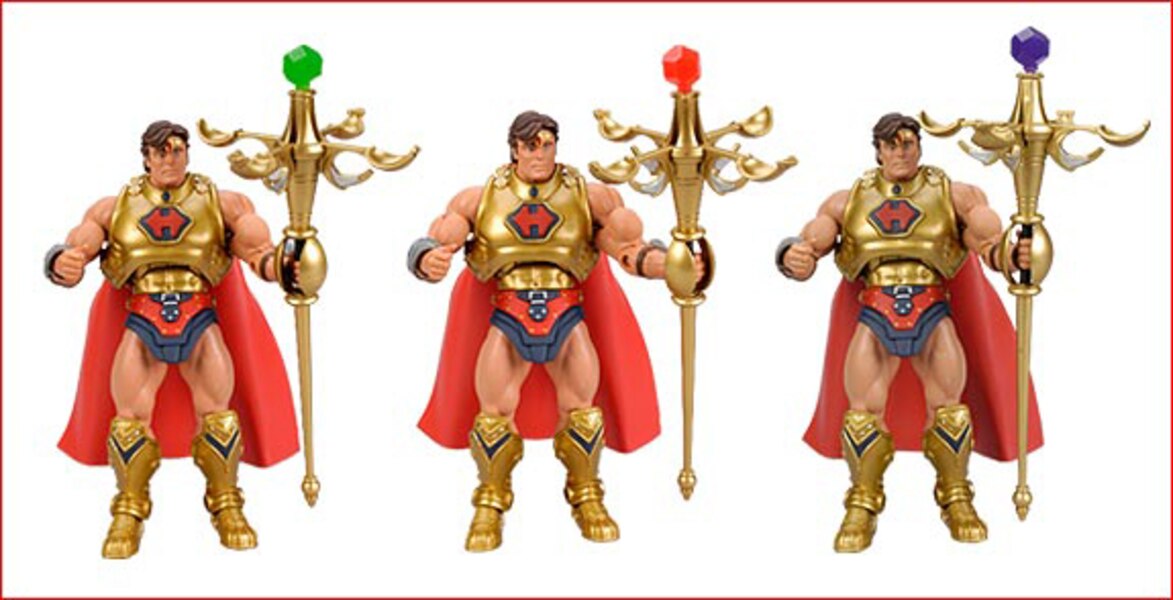 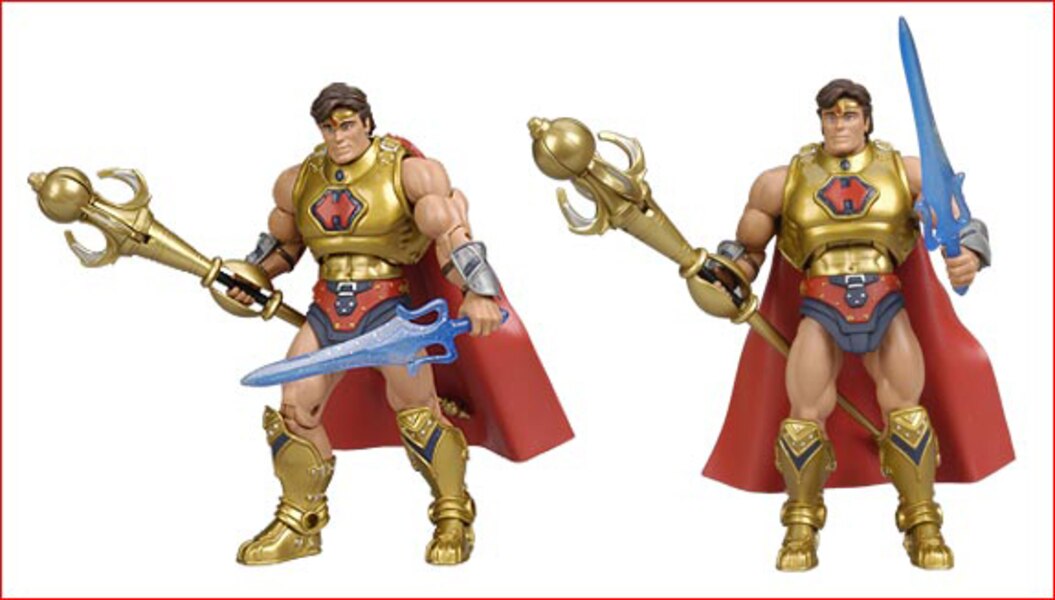 I don't have a problem with this SDCC exclusive version. If I could only have one or the other, I'd definitely want the one with the SDCC logo, but since both are available, I wouldn't mind having one of each.

And I don't care at all about the gem colors. I'll be fine with whatever I get.

Hah, unlike the Wonder Twins set, I actually like the SDCC version less. Not that I really plan on taking the armor off either way.

The fact they decided to hide the gem colors is completely hilarious. Unless you have Nightvision goggles you can't even tell. Of course, this makes it harder on both buyers and scalpers to gauge the market price for a sealed figure.

Both versions are going to be extremely popular like Grayskull was last year with the variants.

WOW... the SDCC version has a "special" SDCC logo undernieth the armor??

I actually would prefer to have the Mattycollector.com version... why would I want a SDCC logo painted on my figure's chest?

to match the sdcc logo on your chest.(lol)

WOW... the SDCC version has a "special" SDCC logo undernieth the armor??

I actually would prefer to have the Mattycollector.com version... why would I want a SDCC logo painted on my figure's chest?

i will get one because i collect in and out box but i think i dont get one to open it. i dont realy like all those timelines like king greyskull and now he-ro. for me there is just one he-man. thats the main dude. all the others that come around are wannabe's. still a nice figure. eric is right. i was thinking the same thing. hope that the end product doesn't look weird like this.