MOTU
by Jay Cochran
August 24, 2018
This weekend kicks off the 2018 Masters of the Universe Power-Con convention which is taking place in Los Angles, and while things don't officially start until tomorrow we already have a look via Pixel-Dan at some new product from Mattel who will be on hand this year. Shown below are Megaconstrux mini-figures which includes Scare-glow, Man-At-Arms, Stratos Beastman and Teela. The Wind Raider was on display as well. Also shown are new Jumbo figures which includes, He-Man, Adam, Anti-He-Man, Wonder Bread He-Man and some kind of green Horde version of He-Man which I am not familiar with. Look for more details on these to be announced later this weekend. It also looks like Mattel might be promoting She-Ra and He-Man dolls this weekend as well. Check out this video from Dan.

For you Super7 fans, not to worry they will be on hand this weekend as well. Thanks to Dan for the images which you can check out below and stay-tuned for more details as they develop throughout the weekend.
Image 1 of 14 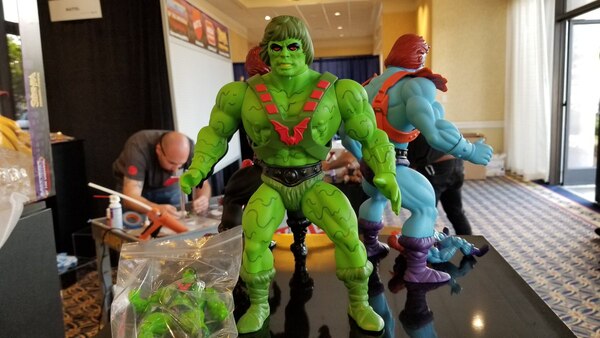 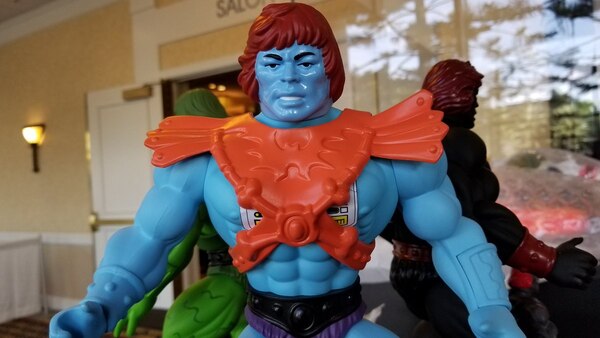 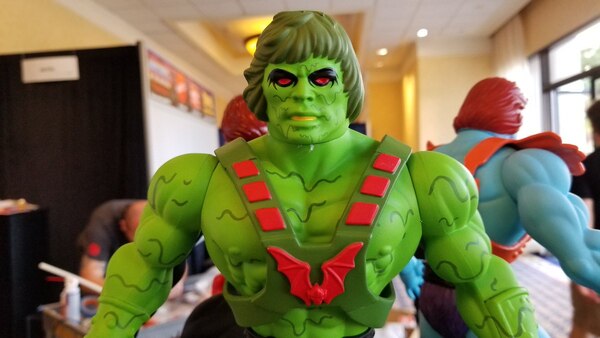 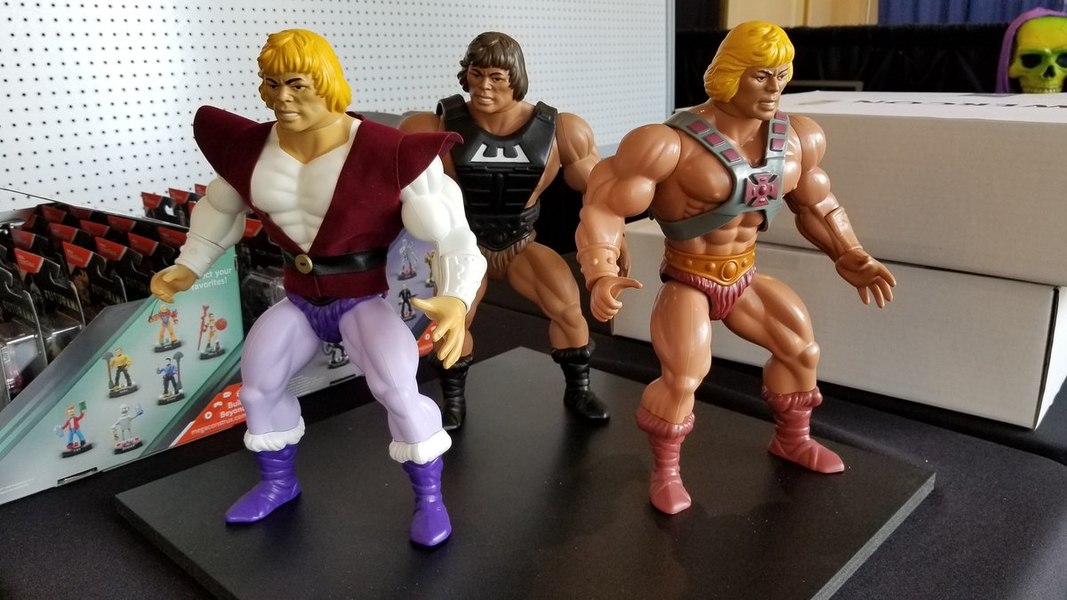 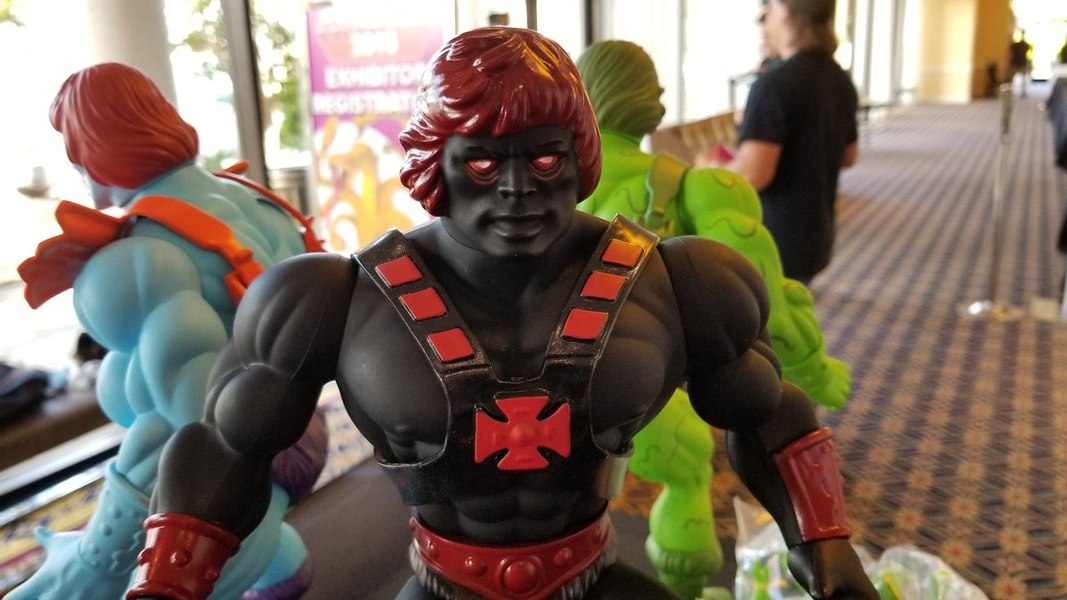 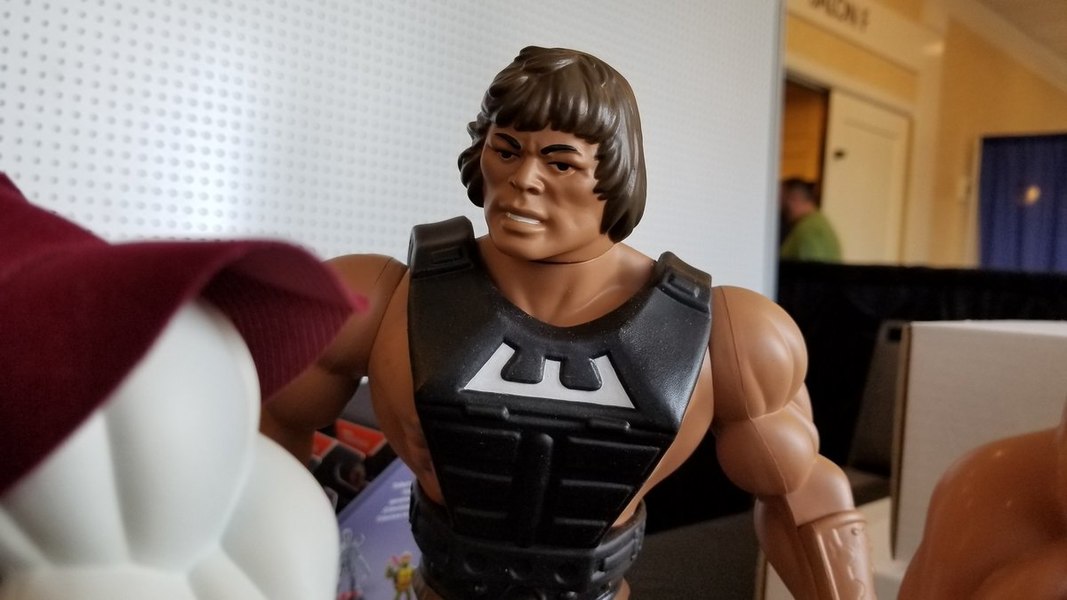 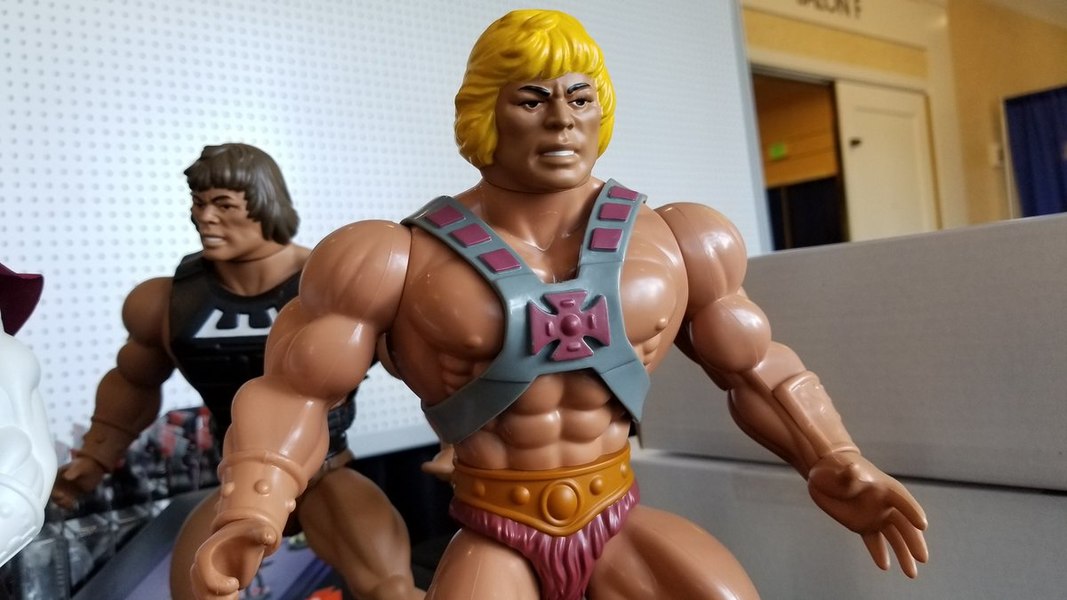 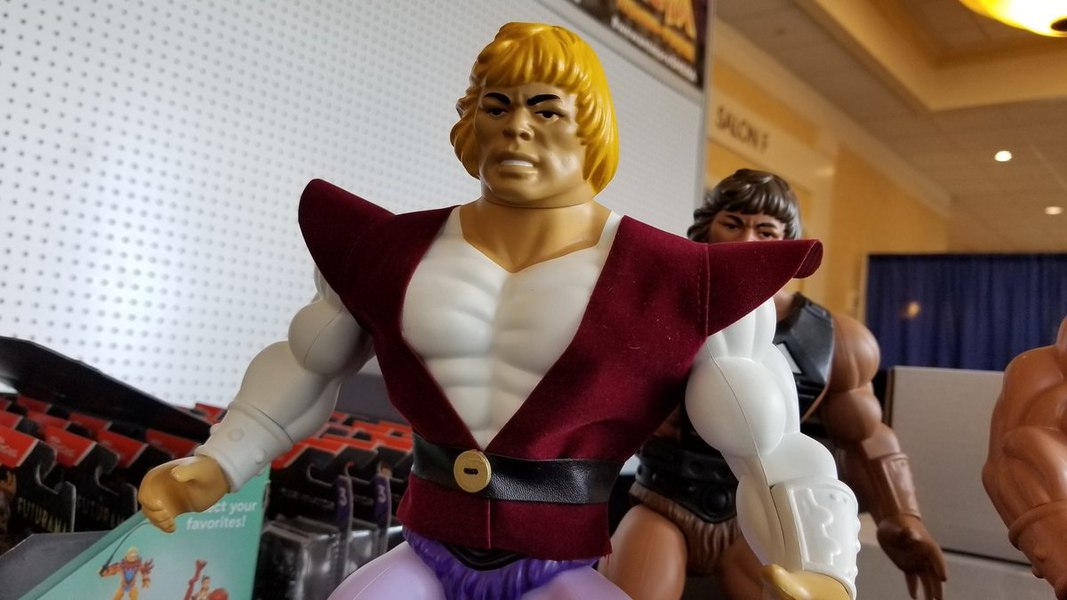 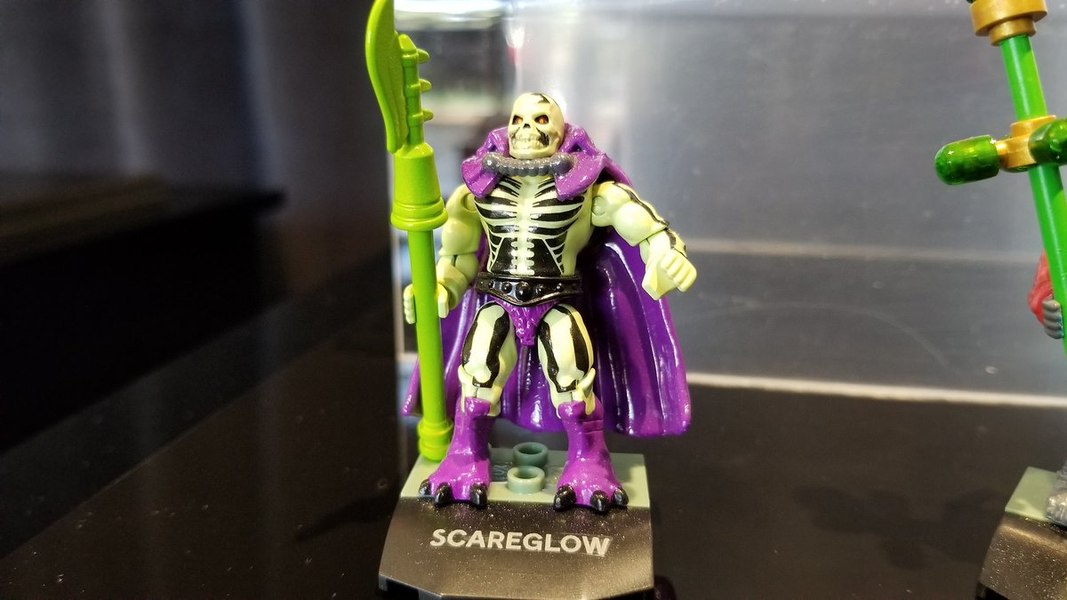 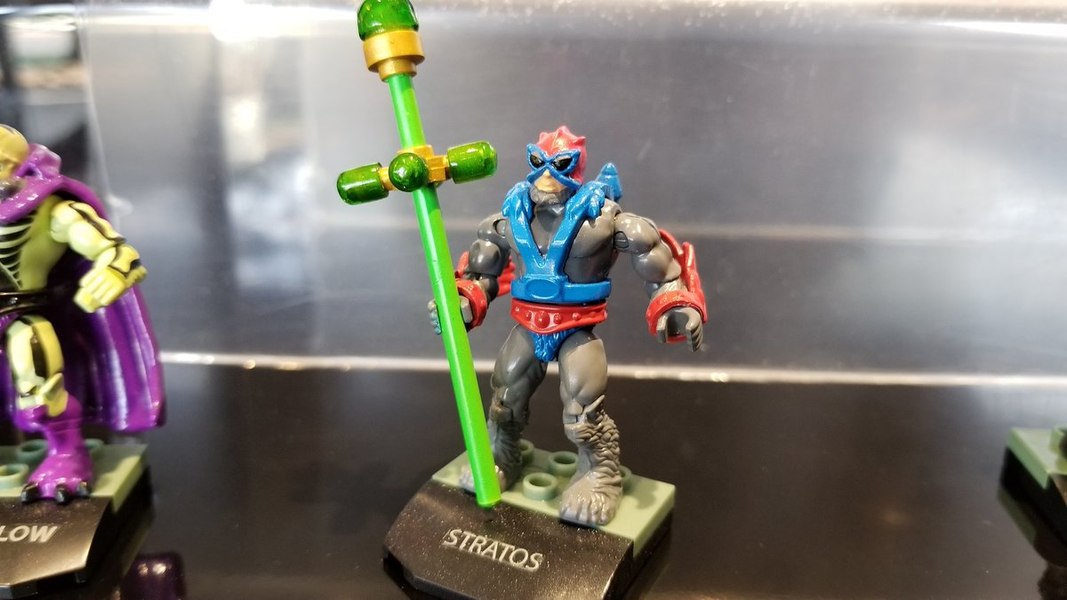 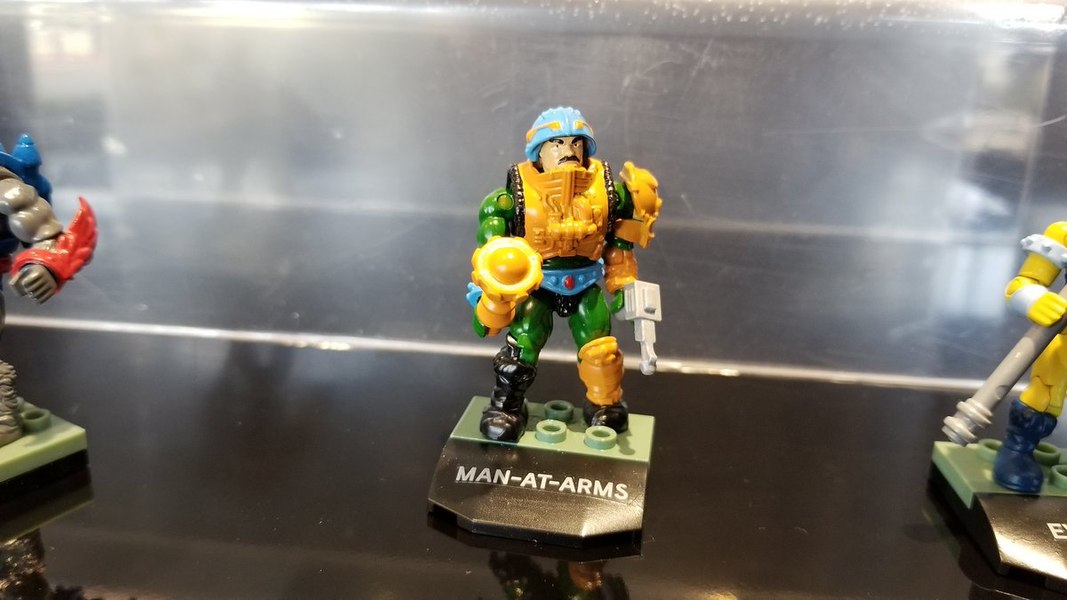 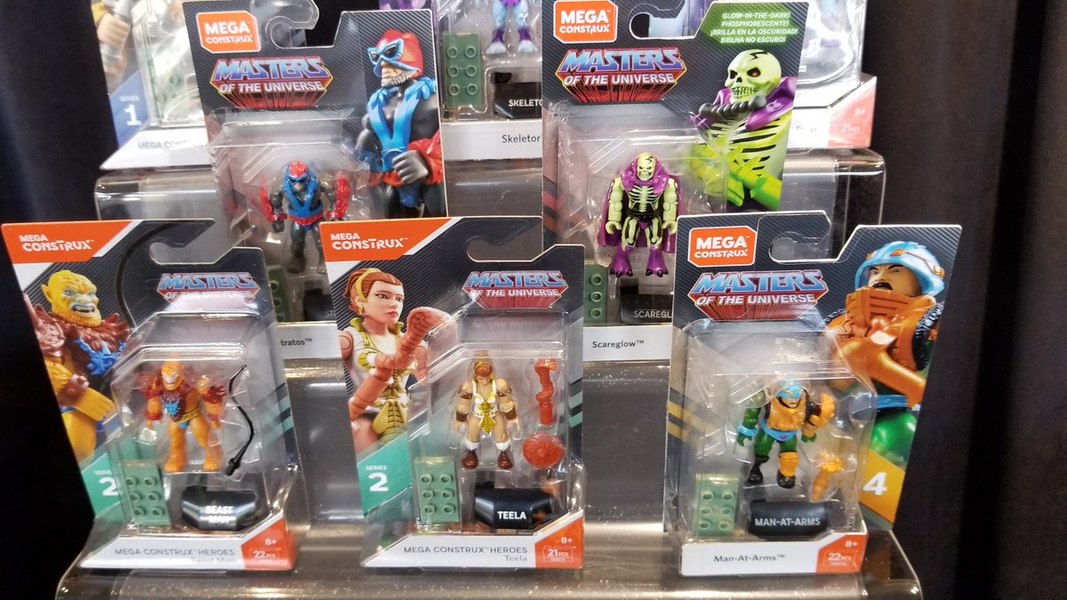 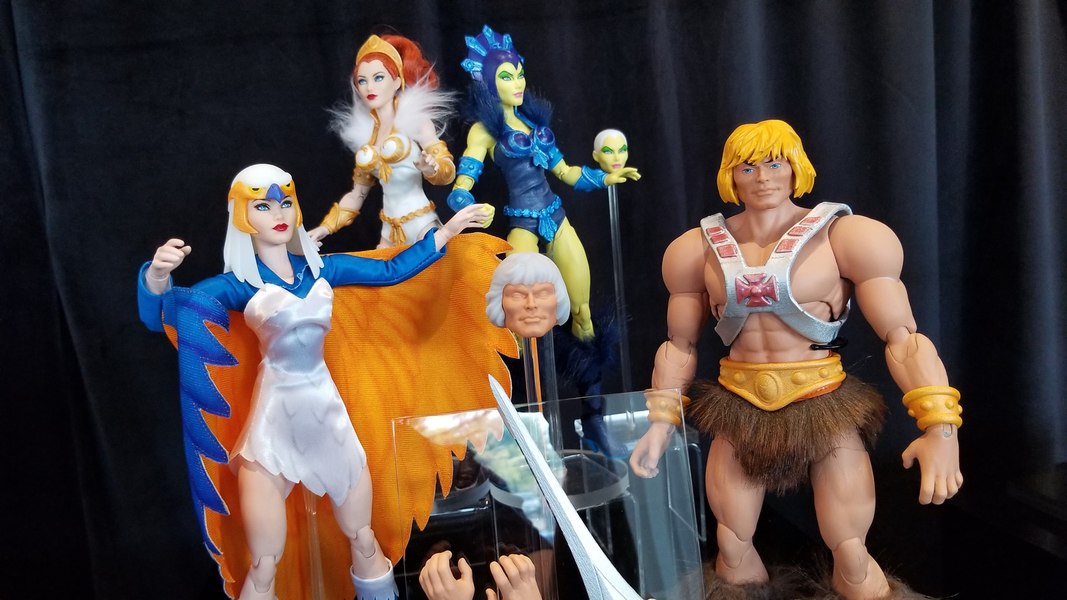 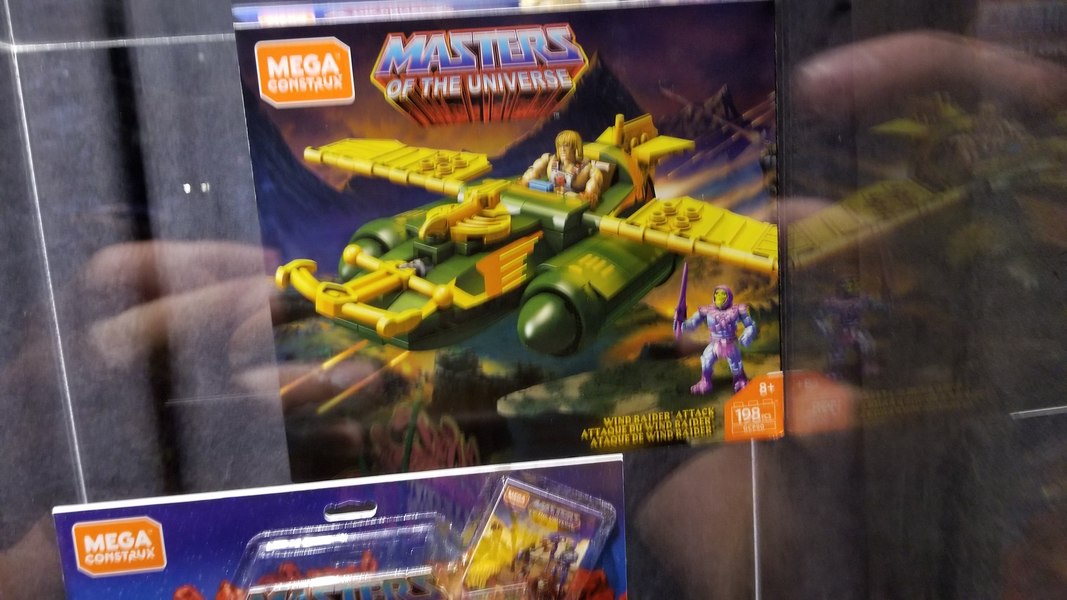 I almost want a jumbo He-Man just for the novelty of standing it precariously in my living room, alone.?