Are you ready for fabulous secret powers to be revealed? Tweeterhead presents the He-Man and Battle Cat Classic Deluxe Maquette, the most heroic addition to your Masters of the Universe collectibles.

Representing the epic transformation of Prince Adam and his fearful feline Cringer, this deluxe maquette celebrates the characters’ original two-dimensional appearances with an in-depth three-dimensional update. The dynamic He-Man and Battle Cat Classic Deluxe Maquette measures 23.25” tall, 16.75” wide, and 25.75” long as Eternia’s greatest warrior and his valiant mount charge into battle. He-Man raises his sword and shield in defense of Castle Grayskull as Battle Cat leaps across the jaw-like drawbridge of the mystical keep. This maquette also includes a swap-out hand for He-Man to wield his battle axe weapon, and a sheathed sword for the warrior's back. With so many display options in your arsenal, they’ll be calling you Man-At-Arms!

The He-Man and Battle Cat Classic Deluxe Maquette is fully sculpted with detailed textures and movement, from Battle Cat’s green and orange fur to the flow of He-Man's iconic blonde hair. The mighty prince’s costume includes his signature red and silver chest plates, fur briefs with a gold belt, and a pair of wrapped brown boots. He-Man also has two different swap-out chest plate emblems in both classic and modern designs. Battle Cat wears red armor consisting of a saddle and a spiked helmet. The forces of evil tremble before this empowered duo, prepared to fight to the finish to preserve Grayskull’s secrets.

Pit He-Man and Battle Cat against the likes of Skeletor, Mer-Man, and other foes or pair them with allies like the Teela Legends Maquette by Tweeterhead, sold separately, for the ultimate Masters of the Universe display in your collection.

Harness the power of Grayskull for your own collection — bring home the He-Man and Battle Cat Classic Deluxe Maquette by Tweeterhead today.
Product Features

Preorder from our Sponsor BigBadToyStore
Image 1 of 25 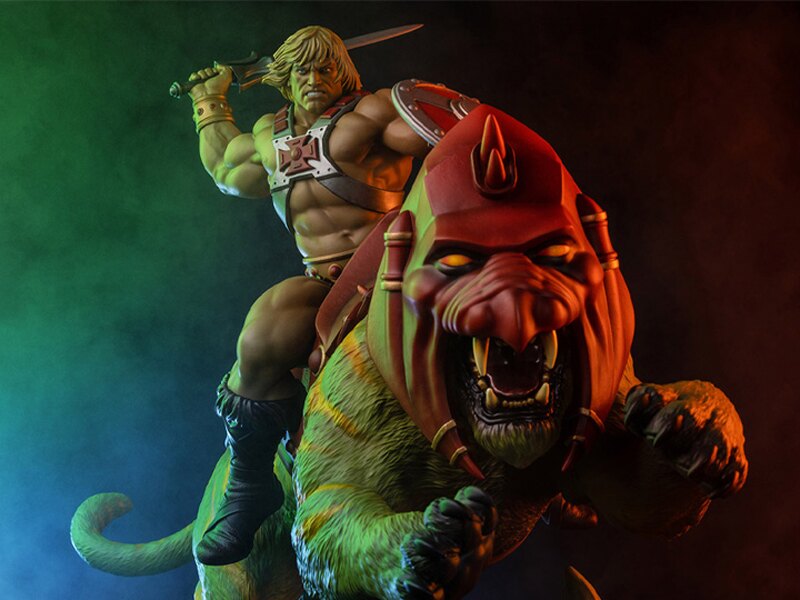 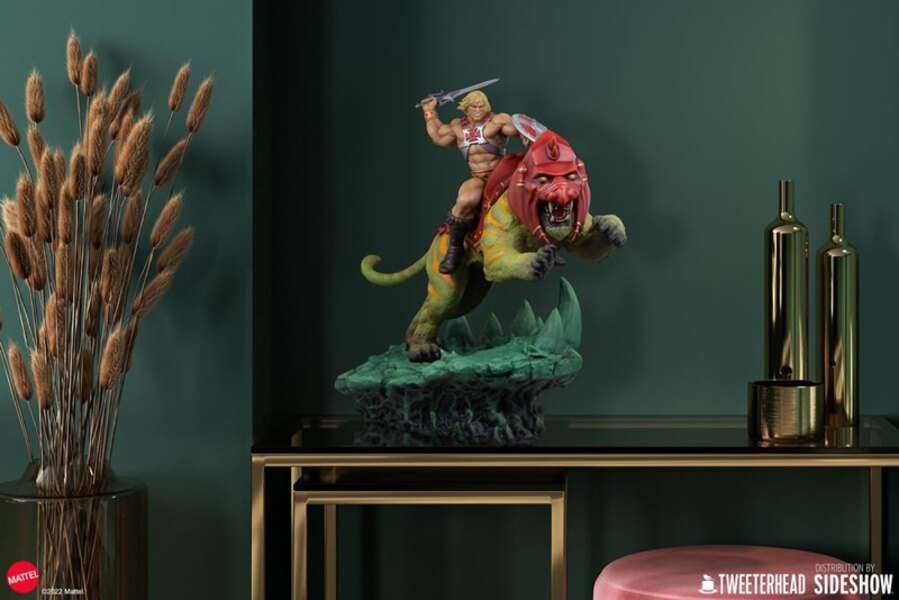 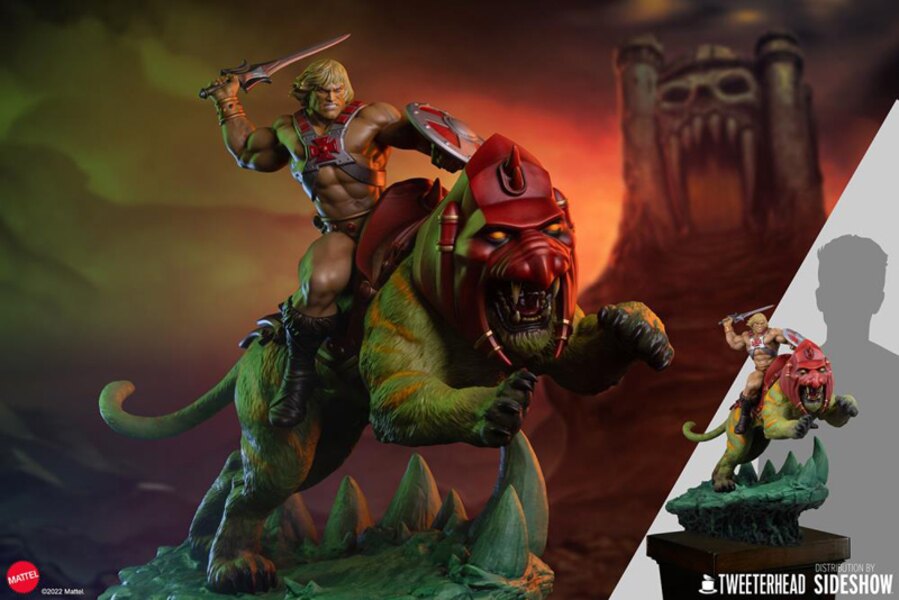 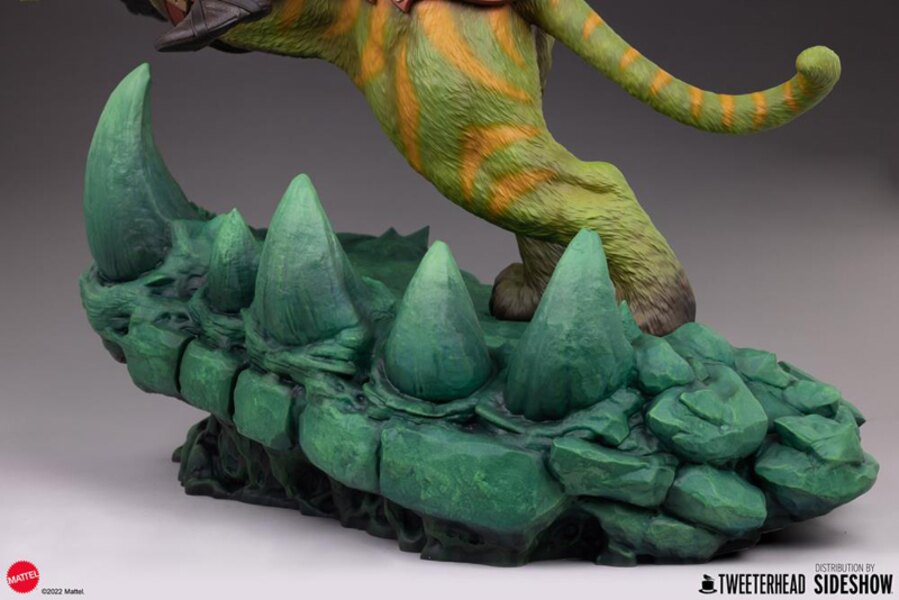 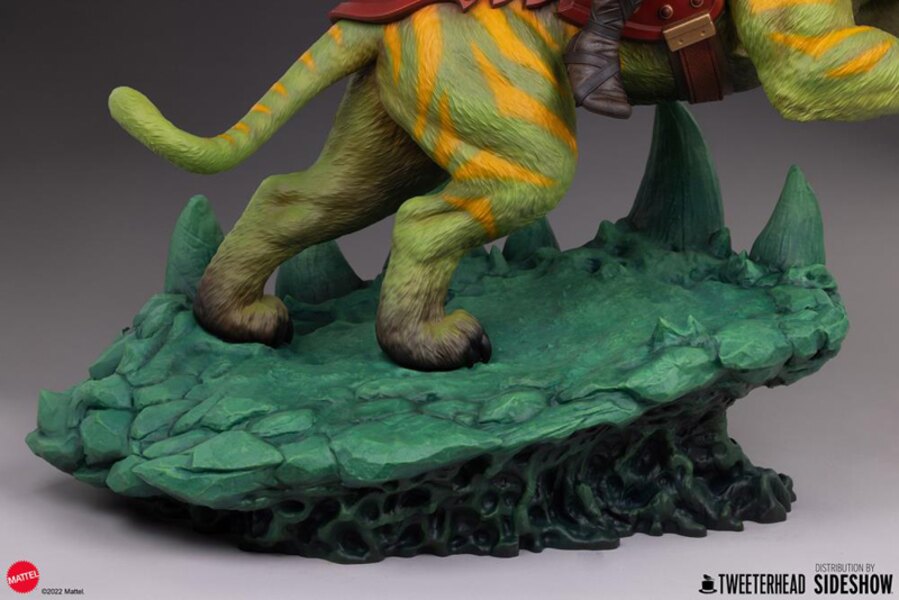 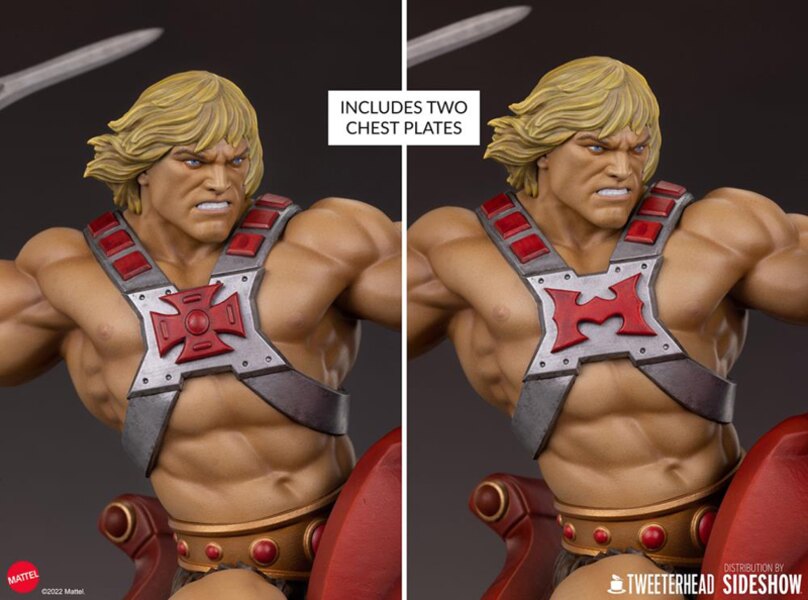 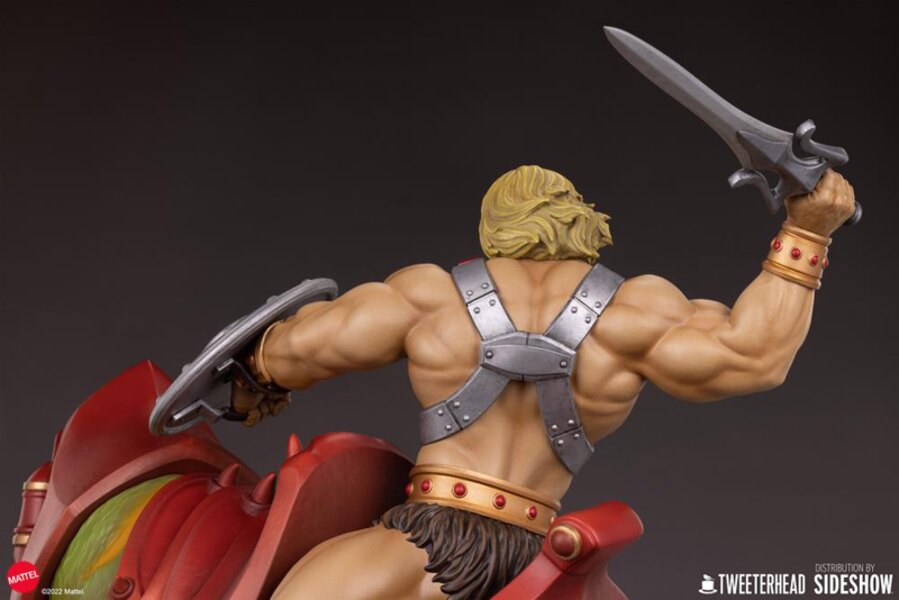 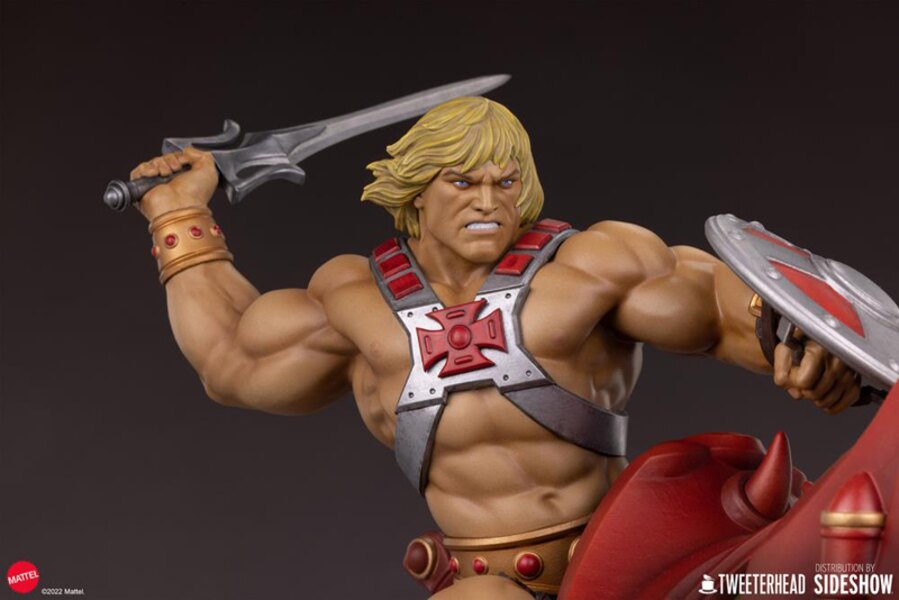 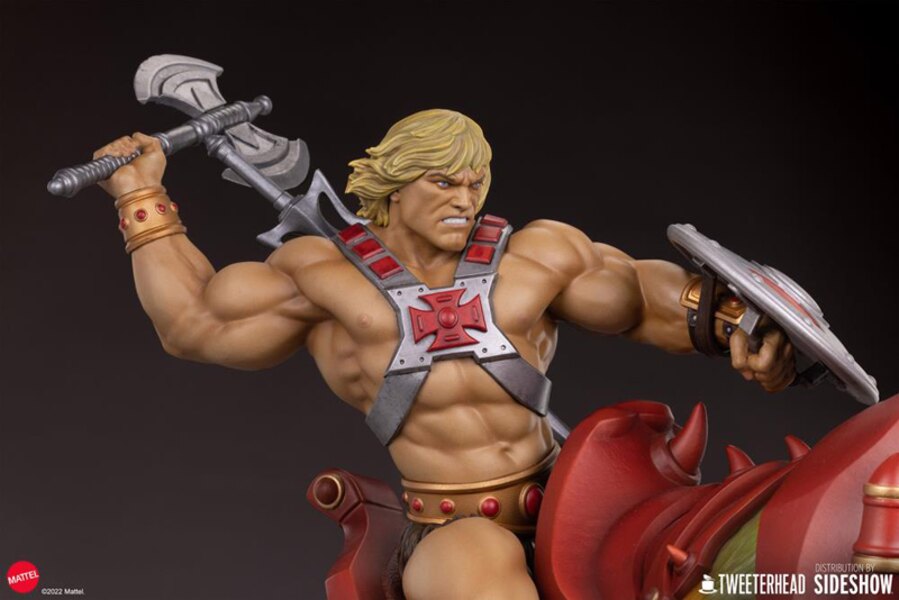 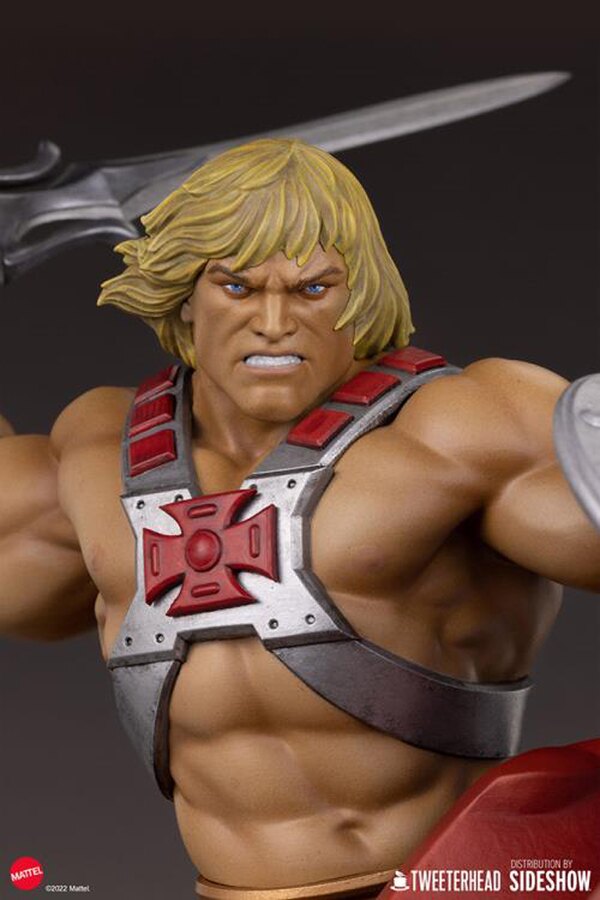 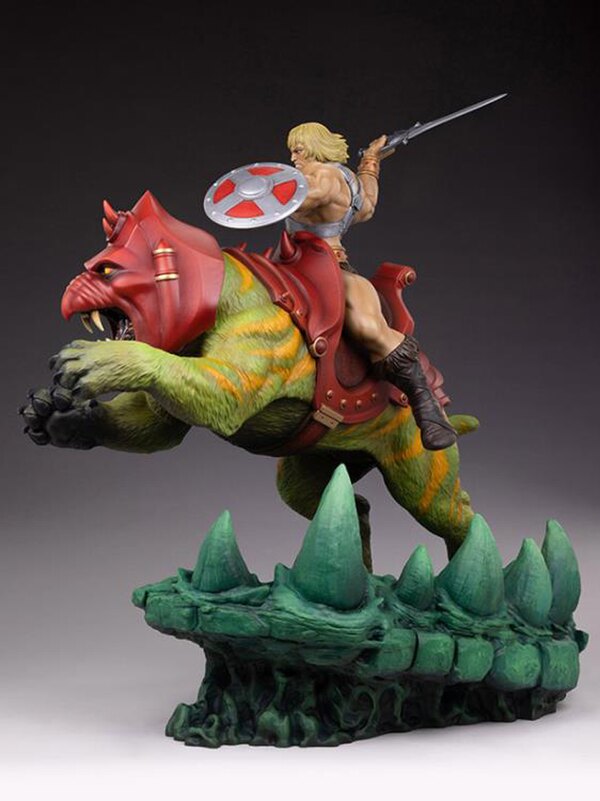 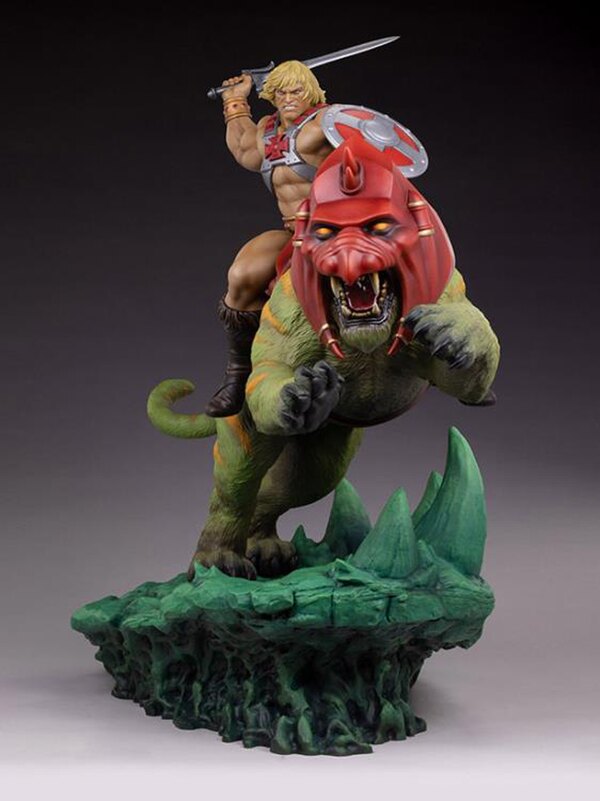 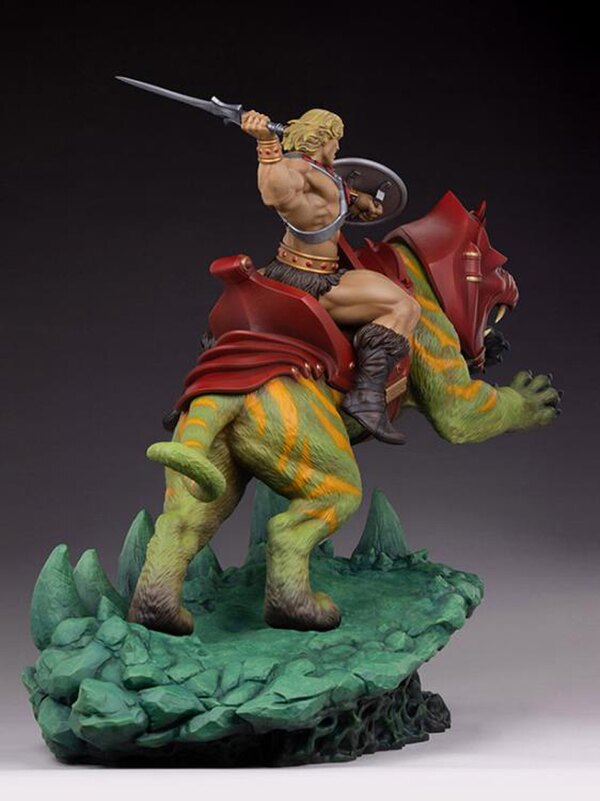 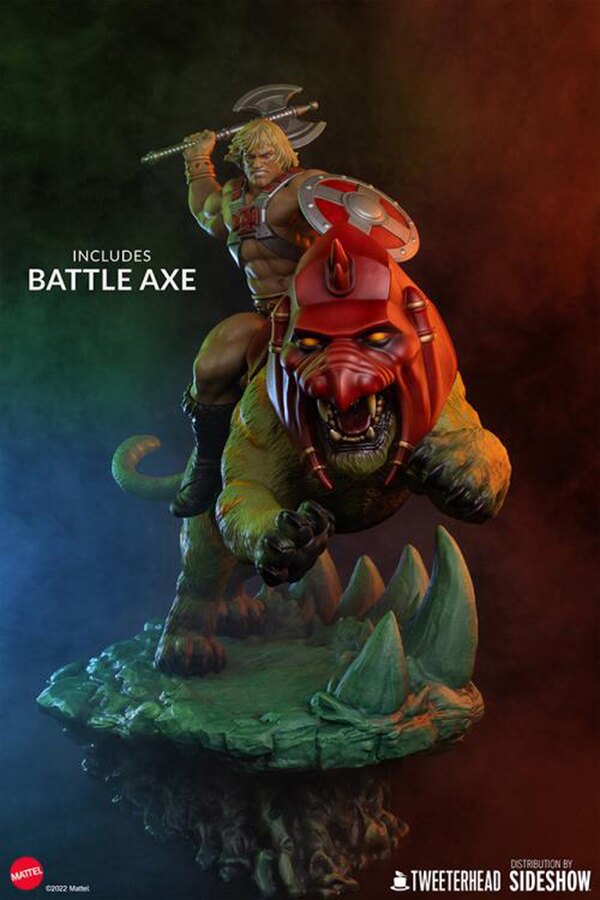 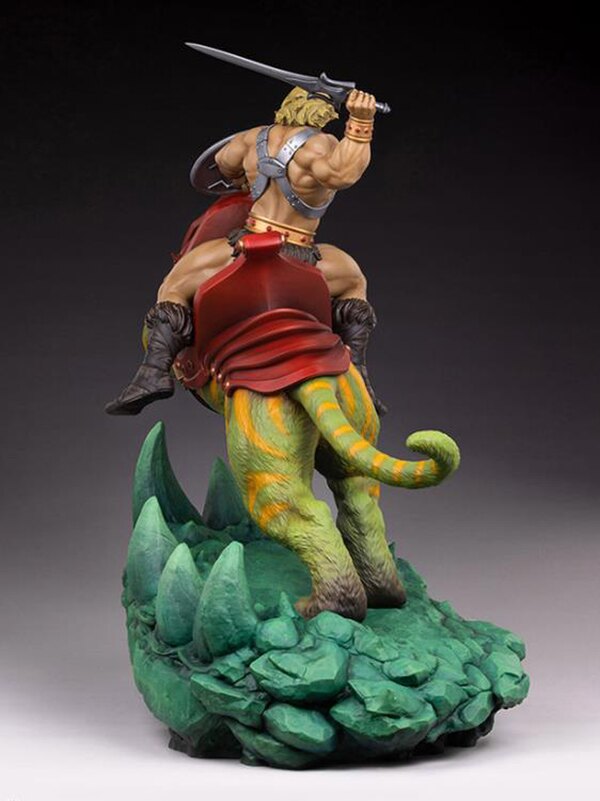 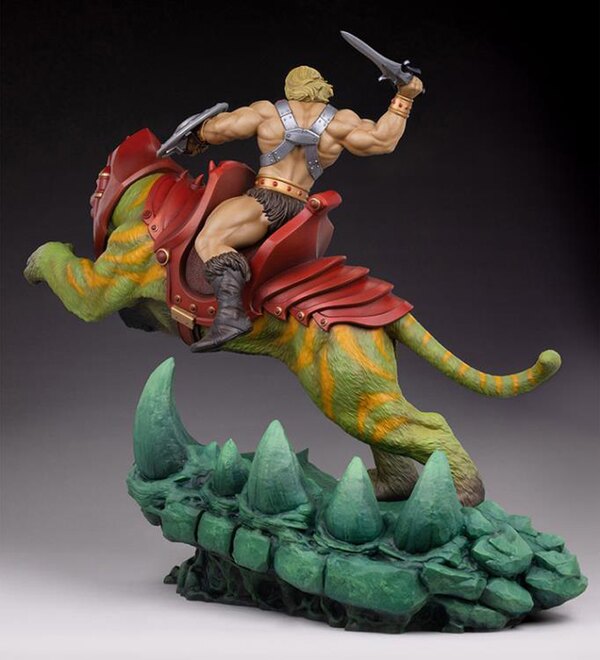 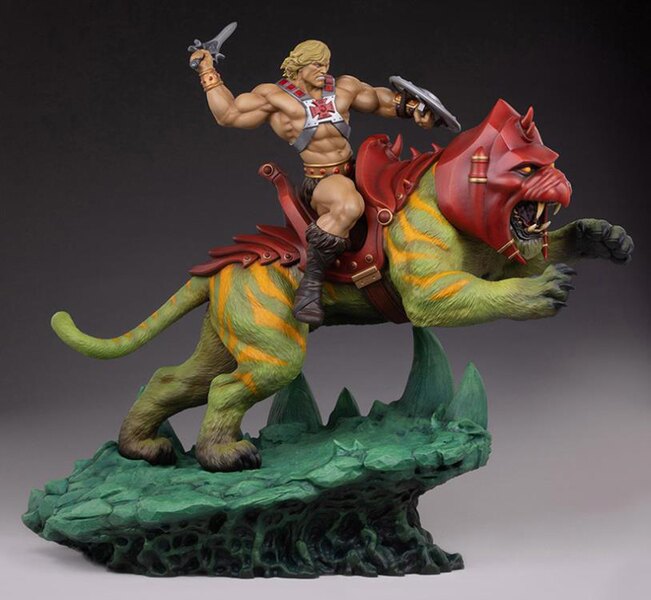 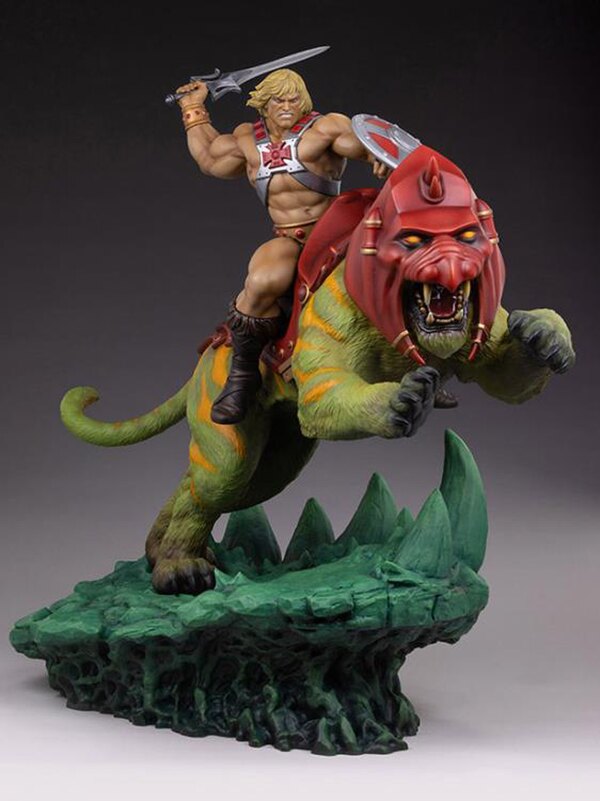 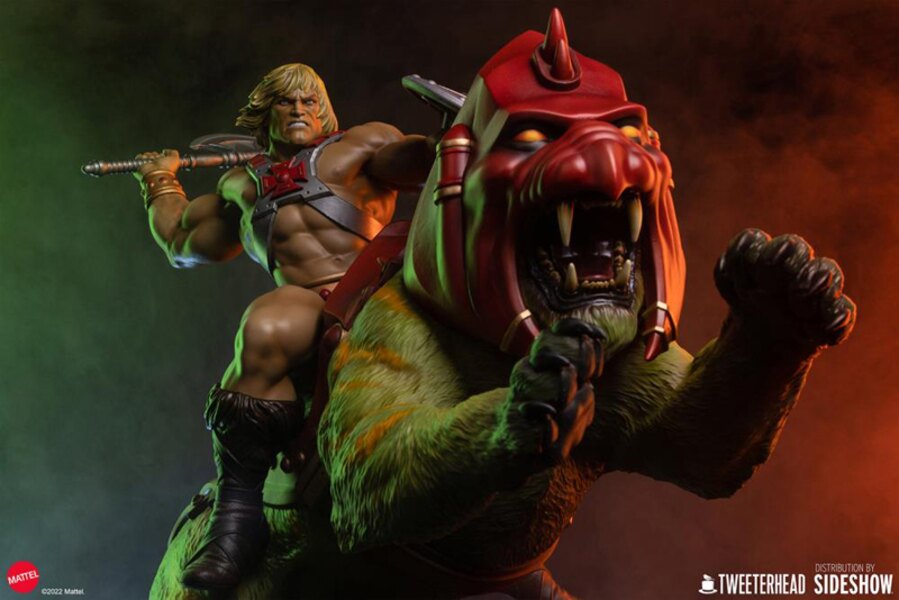 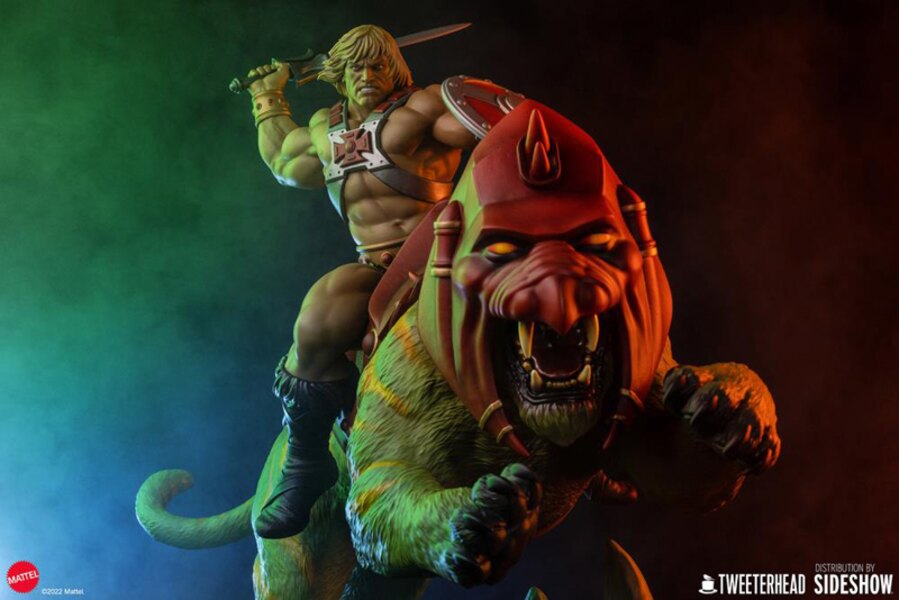 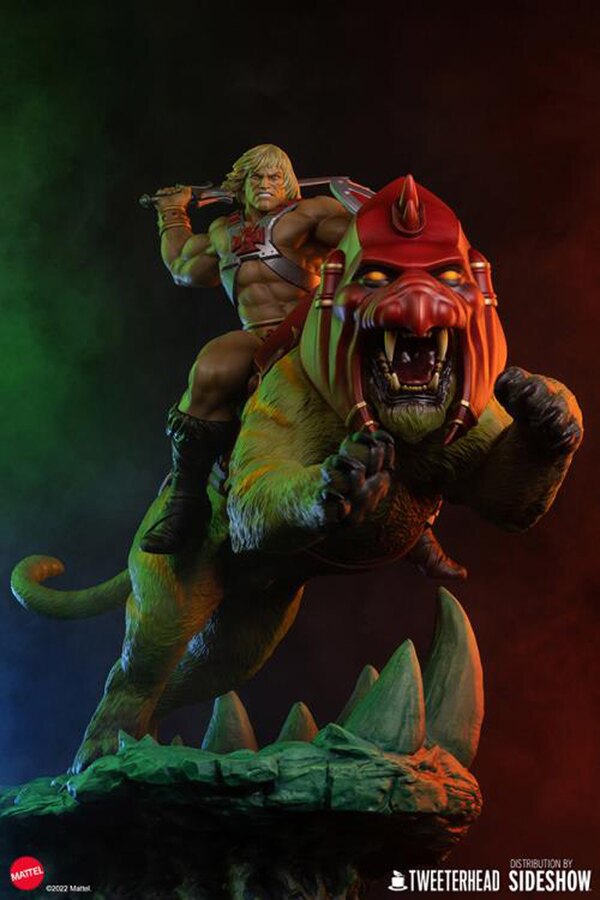 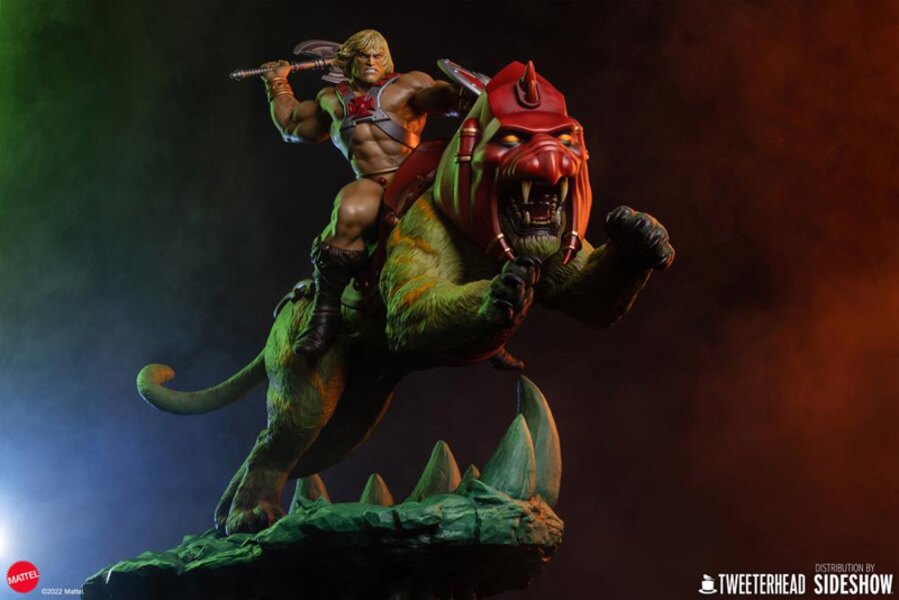 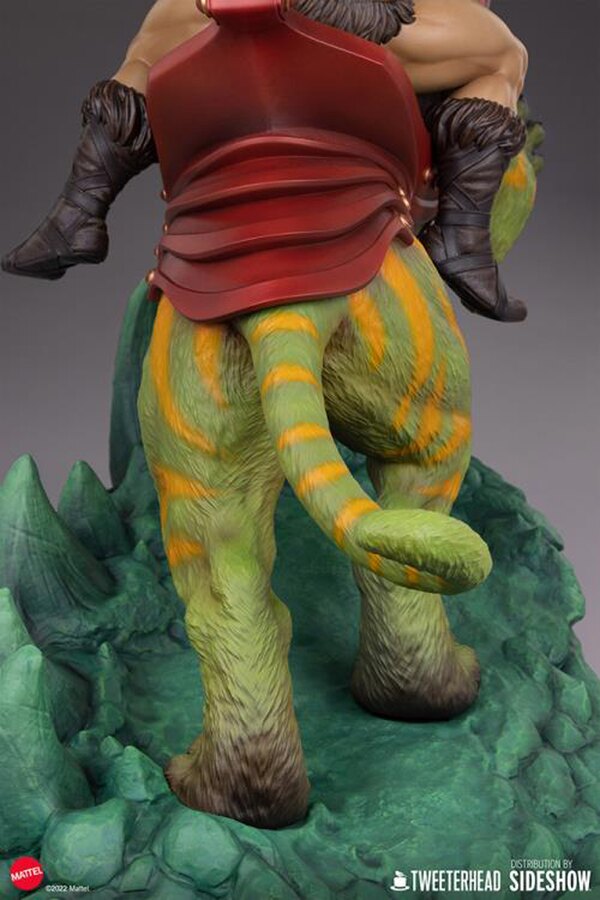 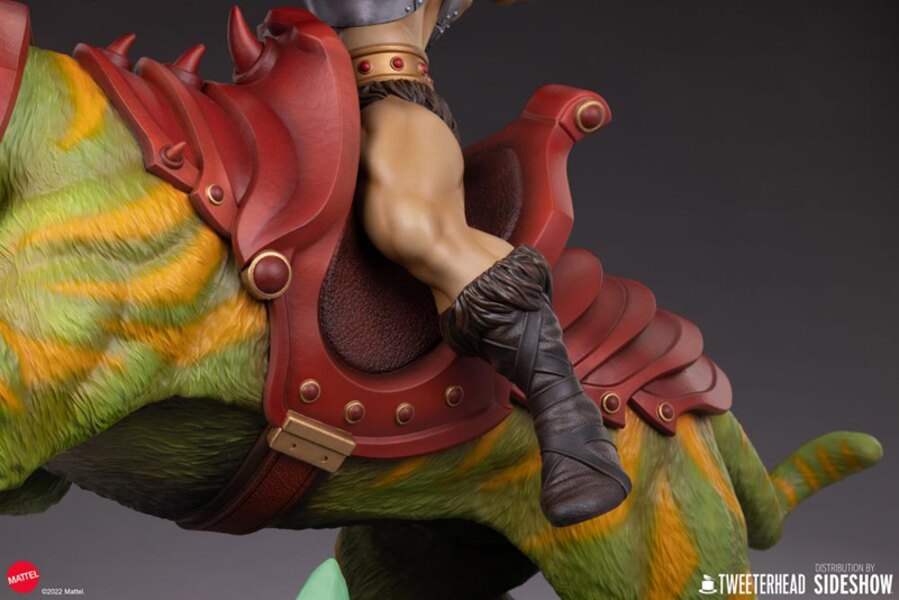 Search Online Stores for Tweeterhead Masters of the Universe