Sideshow Toy
by Jay Cochran
April 20, 2007
Sideshow Collectibles is proud to debut the first character in the T2 Collectible Mini-Bust line, the T-800! Over the past 15 years, T2 has gained modern classic status, and cemented the Terminator franchise amongst the best of the science-fiction and action/adventure film genres. Sideshow is pleased to launch this series of extremely limited edition 1:6 scale busts, featuring incredible likeness work on Schwarzenegger and the other cast members from T2. Each high quality bust is cast in polystone, then hand-finished and hand-painted. The T-800 bust captures Arnold from the mall battle with the T-1000, includes removable sunglasses, and is limited to only 1,000 pcs worldwide.

Click on the link below to pre-order this item now 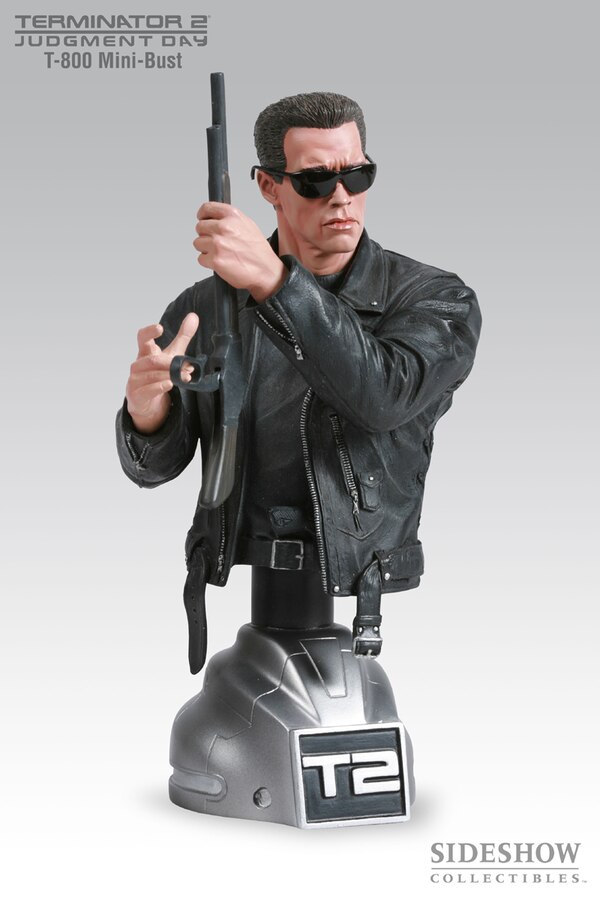 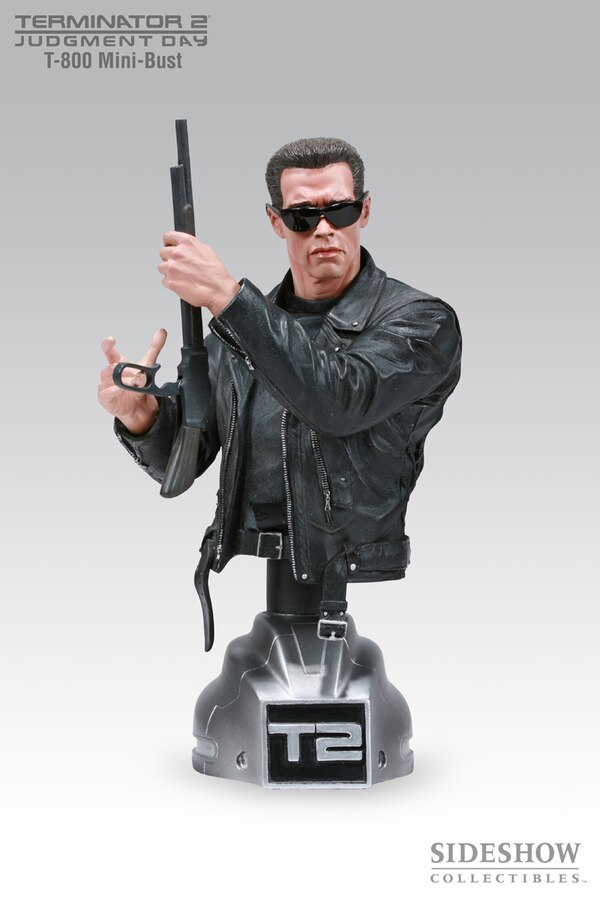 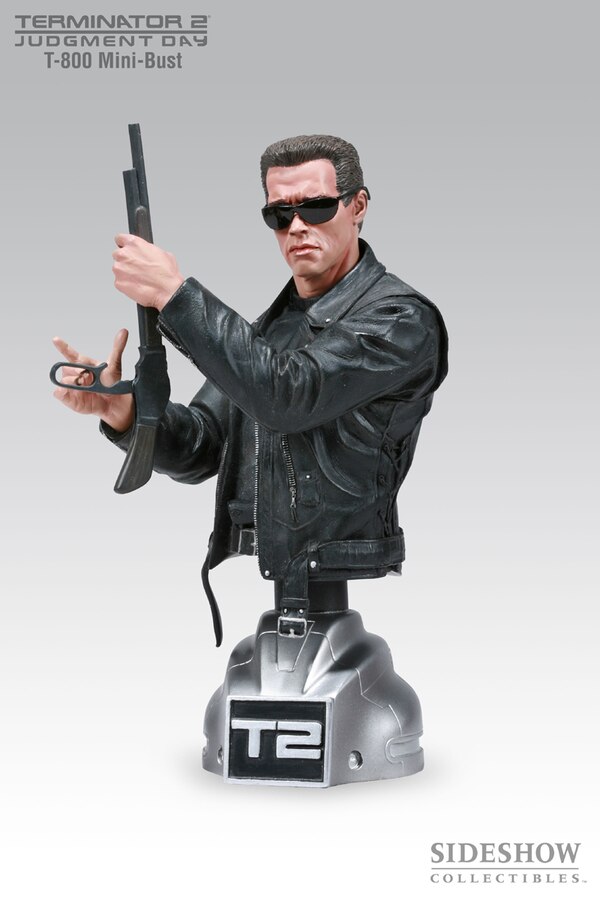 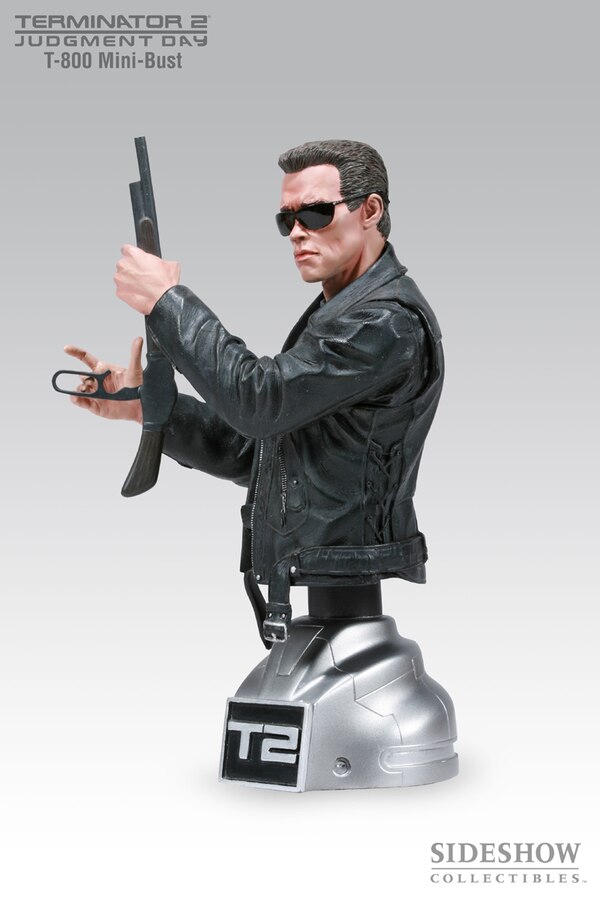 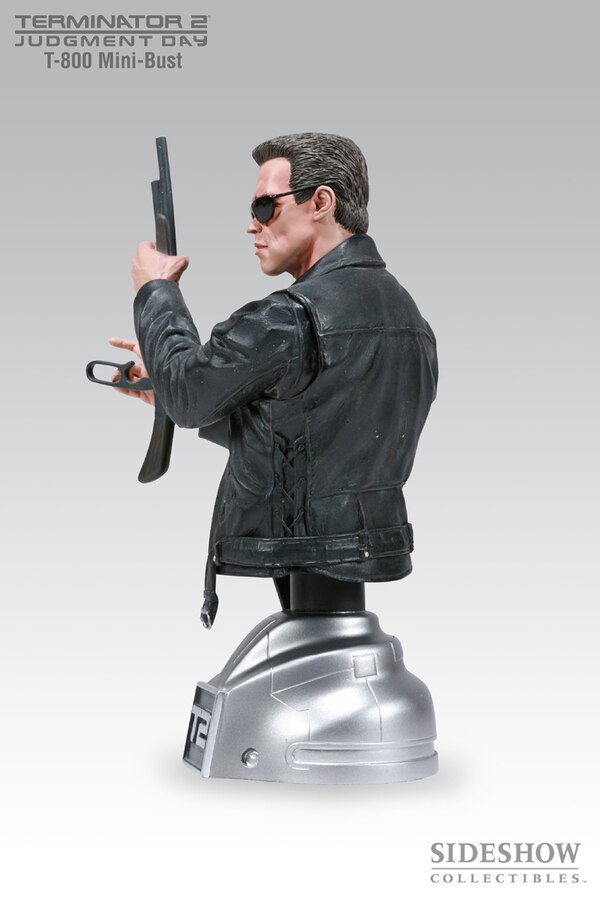 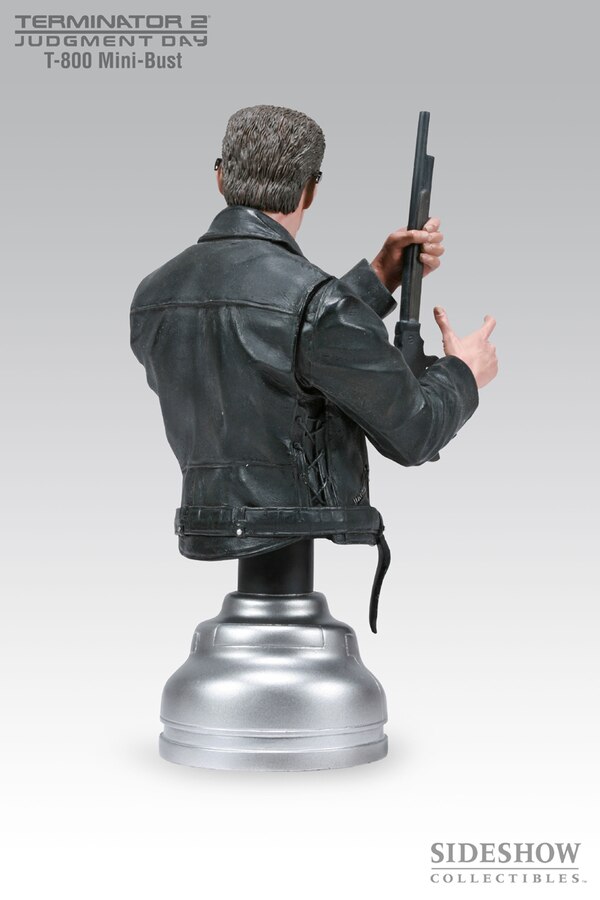 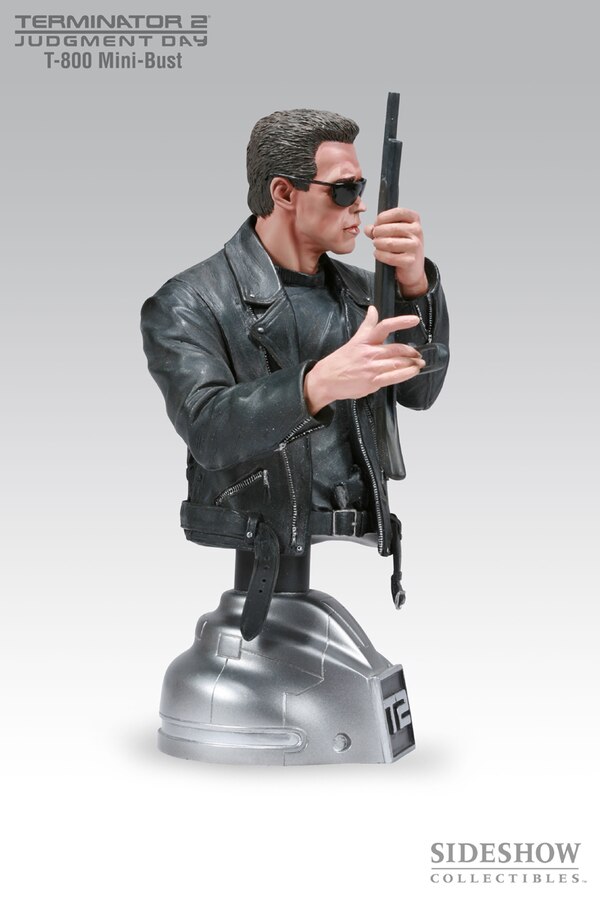 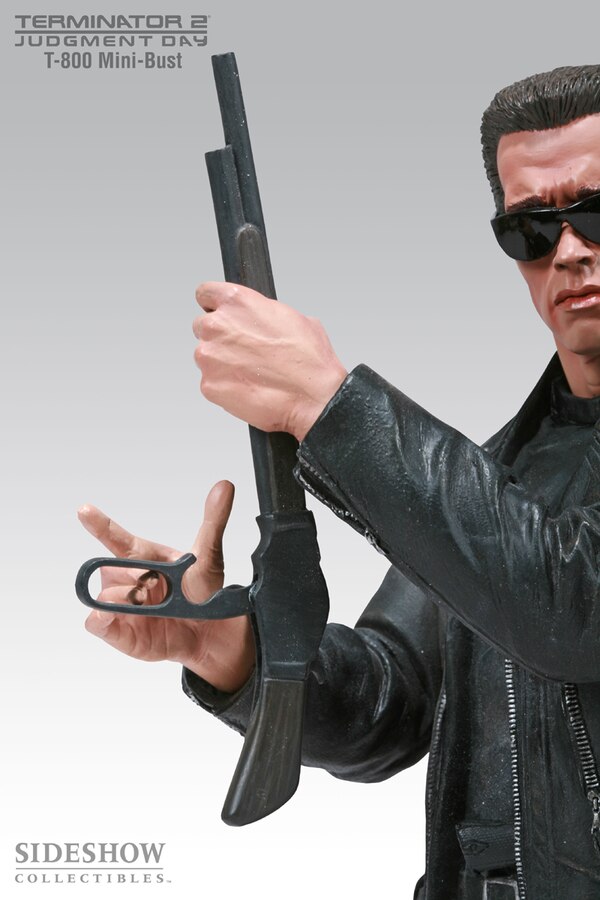 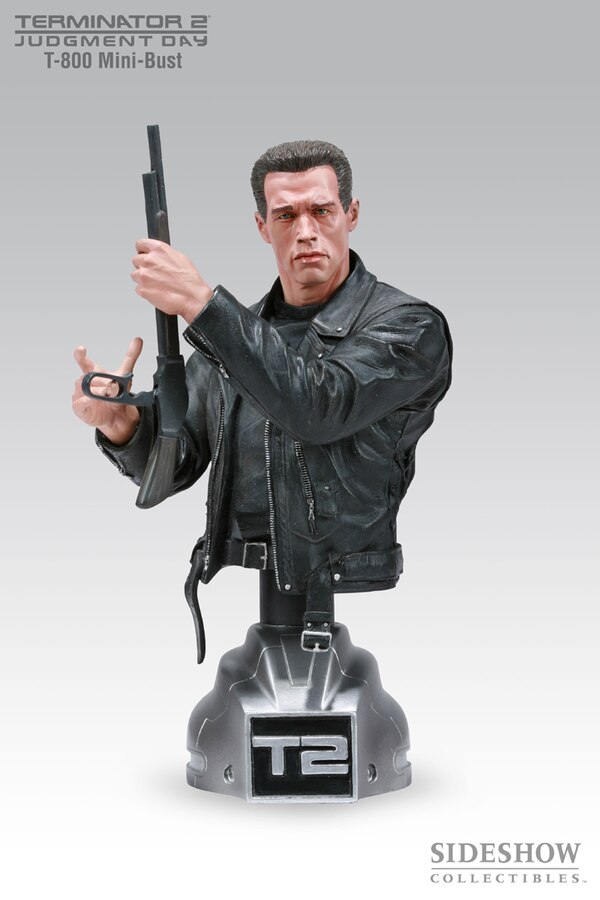 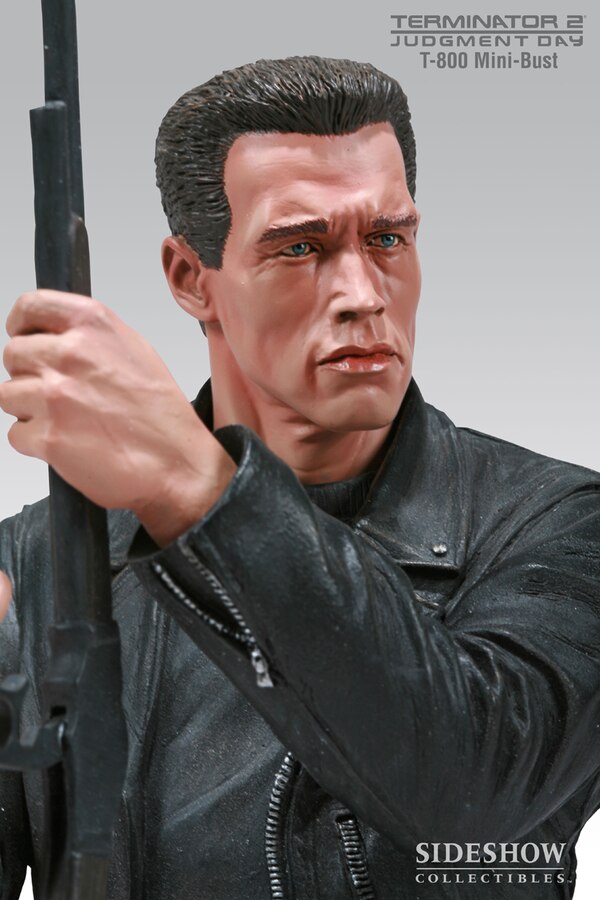 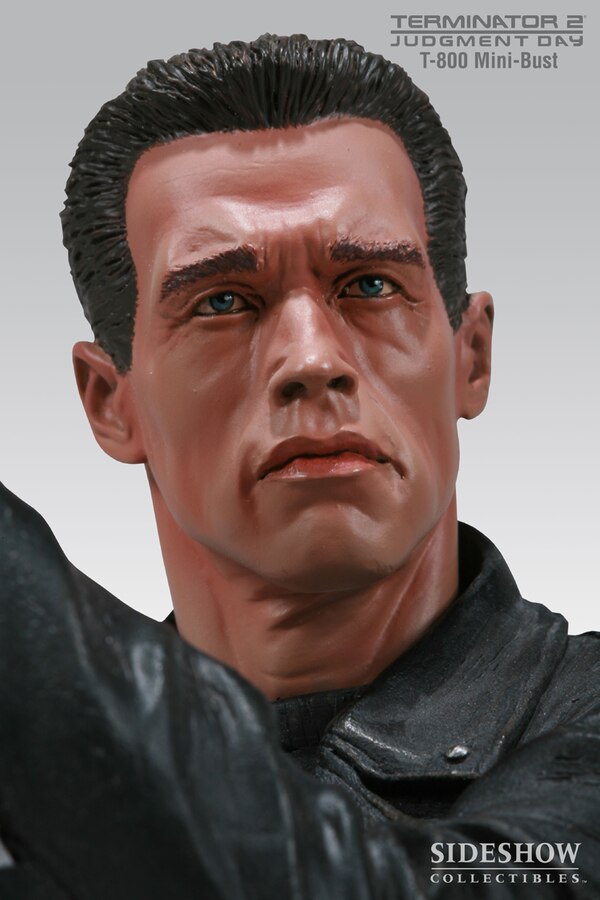