Drawing inspiration from the work of fantasy novelist Robert E. Howard, creator of Conan the Barbarian and the mythical Hyborean Age, Red Sonja made her first appearance in Marvel’s ”Conan the Barbarian #23″ in 1973. Ever since, the She-Devil with a Sword has hack-and-slashed her way into our hearts, with leading roles in comic books, movies and beyond.

The Red Sonja – VICTORIOUS Premium Format Figure depicts the unparalleled sword-master in a frigid land, standing atop the helmet of a recently defeated opponent. Foregoing heavy, restrictive armor, the fearless combatant wears her iconic scale mail bikini, and a sumptuous hand-tailored fabric cape with faux-fur collar. The only weapon sharper than her tongue is her blood-drenched sword, which she holds at one side, and with the other she raises the unworthy foe’s blade above her head in triumph.

With the addition of the Sideshow Exclusive swap out accessory (shown below), Sonja’s opponent is no mere mortal – instead the chosen favorite of the goddess Scathach has challenged and defeated a formidable frost giant, and flaunts his severed head as her trophy.

The regular and Exclusive versions of the Red Sonja – VICTORIOUS! Premium Format™ Figure will each be priced at $379.99, with payment plans available for as low as $68.40/month.

Though it has been proven time and again that no man can ever truly own Red Sonja, the sword and sorcery heroine will be available for pre-order this Thursday, October 3rd in the weekly Sideshow Newsletter.
Image 1 of 8 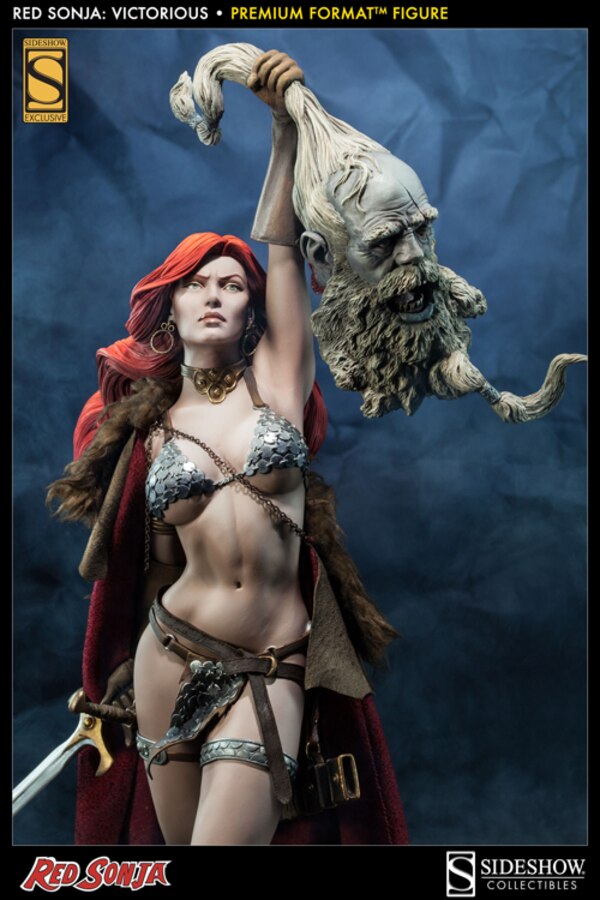 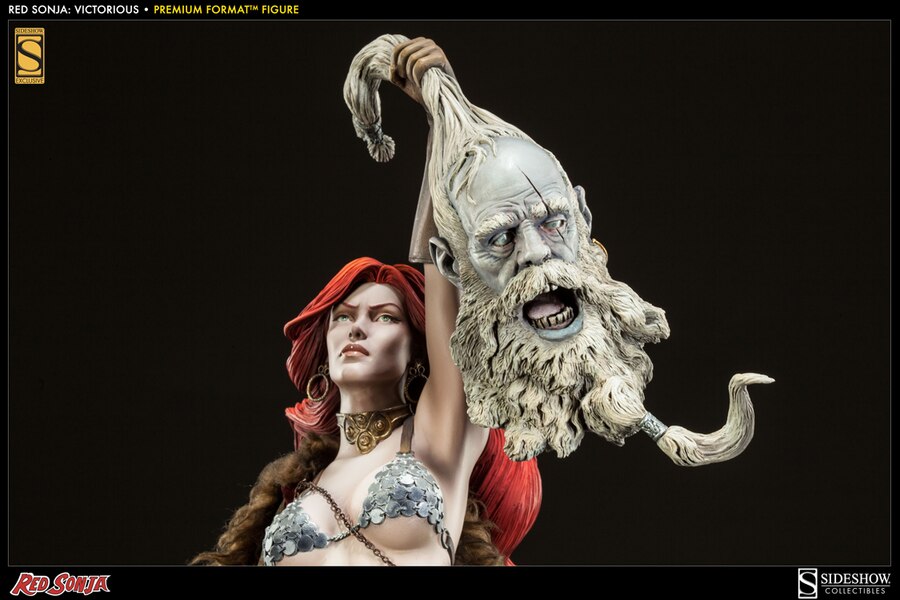 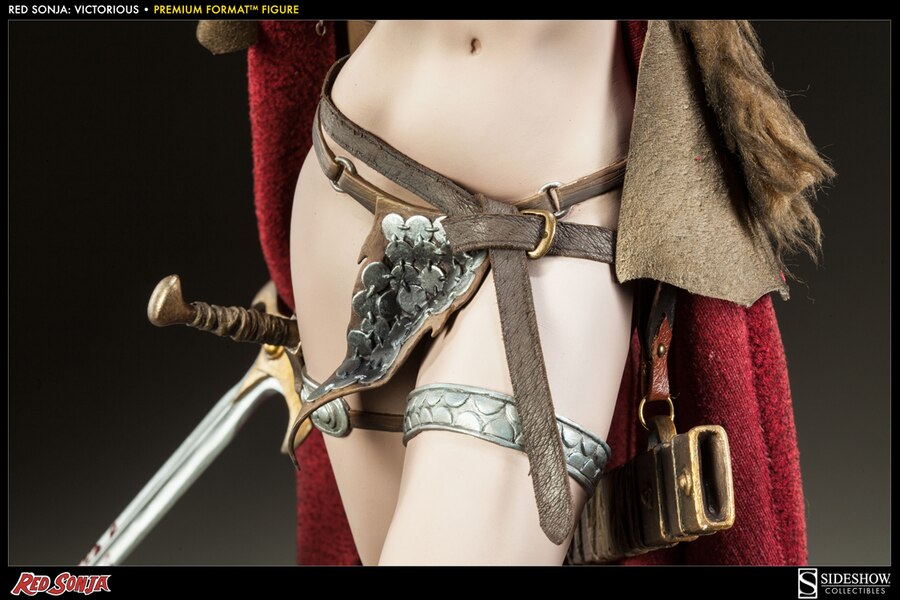 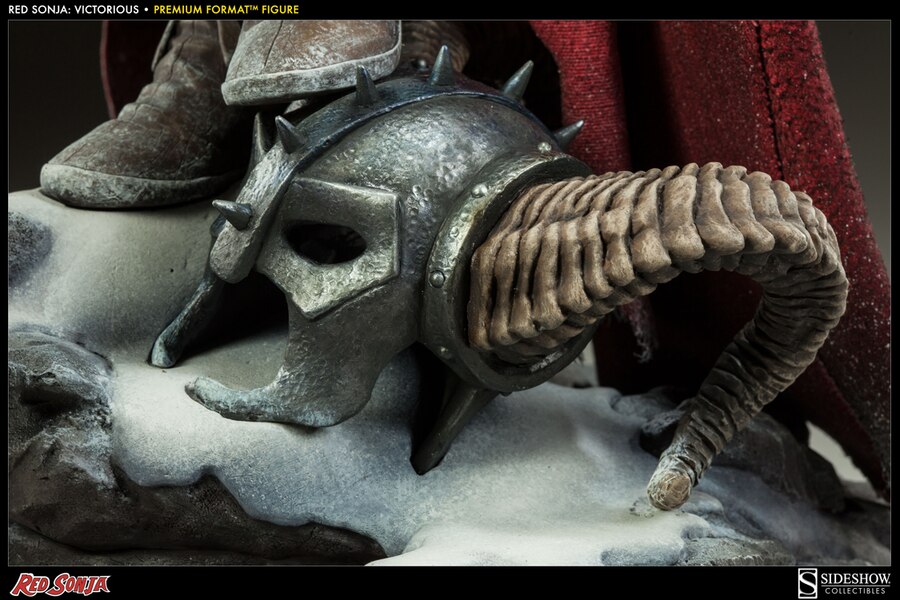 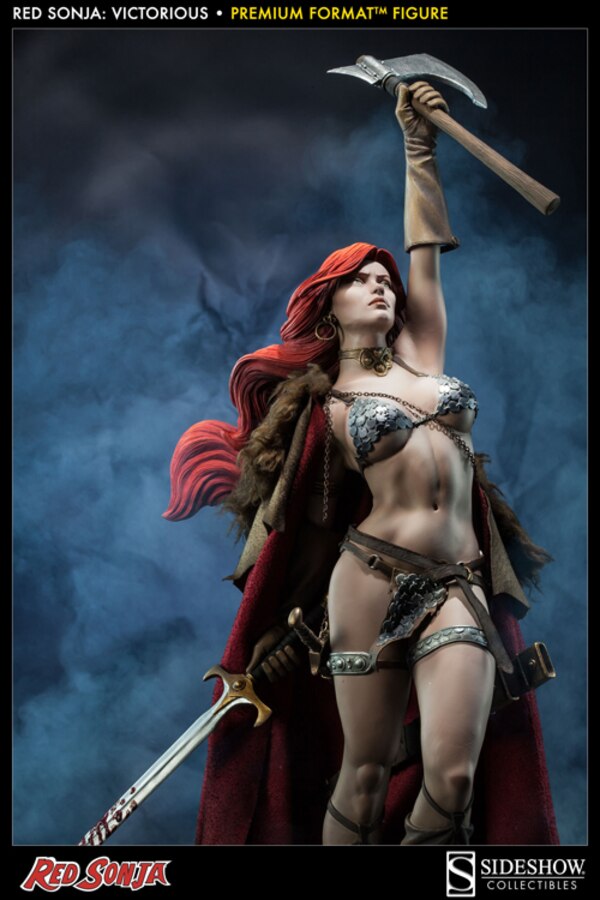 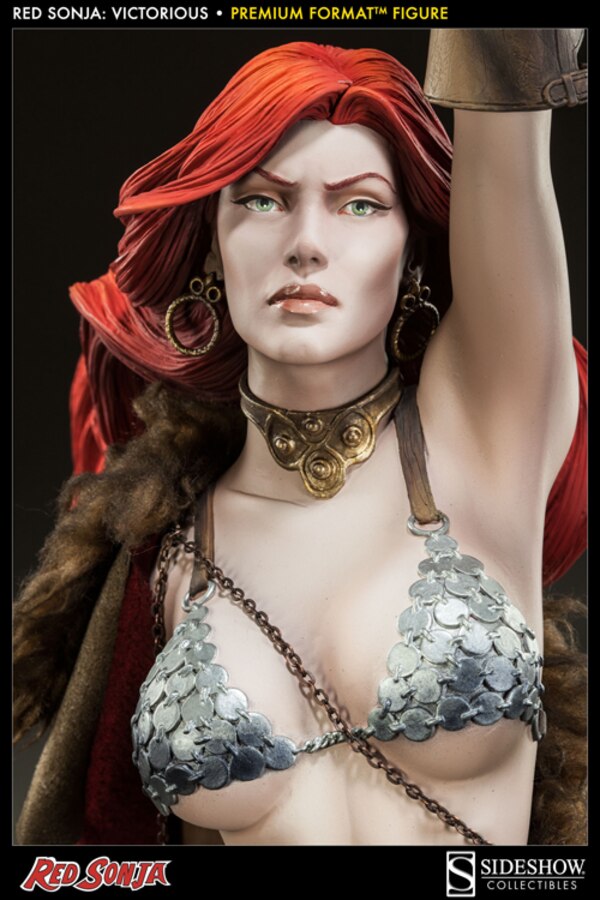 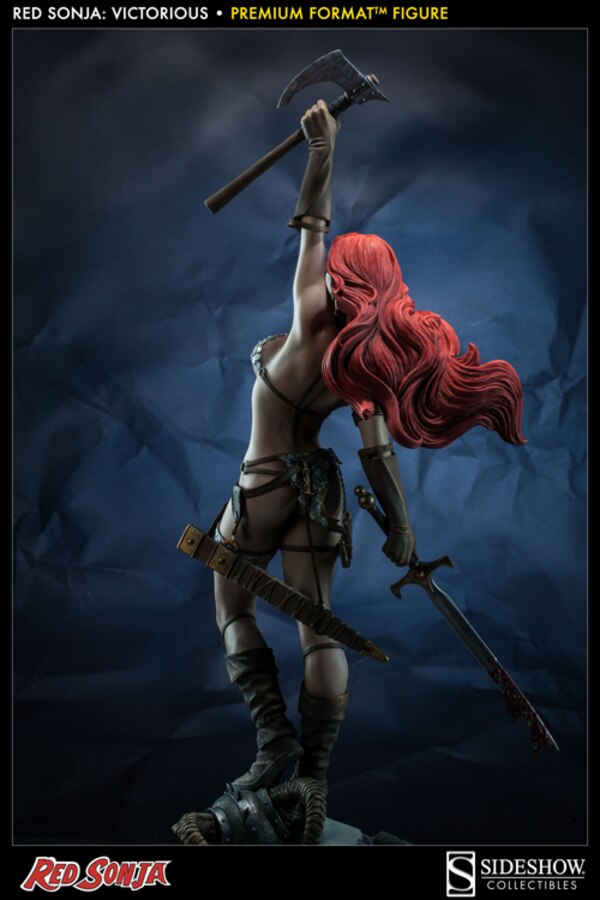 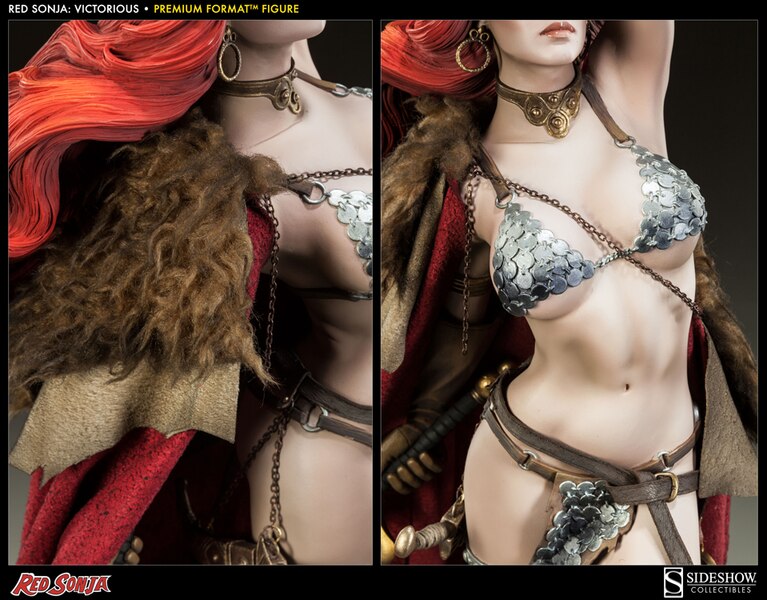