As a collection, Sideshow’s Mythos series captures the limitless possibility of fan-favorite franchises by emphasizing core themes and introducing unique story details to popular fictional universes. The Rebel Terminator emerges as an exciting new figure whose story blends seamlessly into the mythology of the Terminator franchise, personifying the spirit of technology and resistance to spark the imagination of fans everywhere.

The Rebel Terminator stands 19.5” tall on a cracked battlefield base littered with debris and decommissioned endoskeleton skulls. Battle damage reveals her mechanical features- an exposed arm and piercing red eye.

The resin Rebel Terminator - Mythos Premium Format Figure features an incredibly detailed sculpted costume, consisting of a black jacket, white undershirt, green pants, and combat boots, all textured with realistic tears and tatters. The Rebel Terminator clutches a severed endo-skull in her mechanical hand while she holds a 40-watt plasma rifle triumphantly over her shoulder. Another plasma rifle hangs at her back, amid a variety of tactical gear and pouches. You can pre-order this now at BigBadToyStore.com. 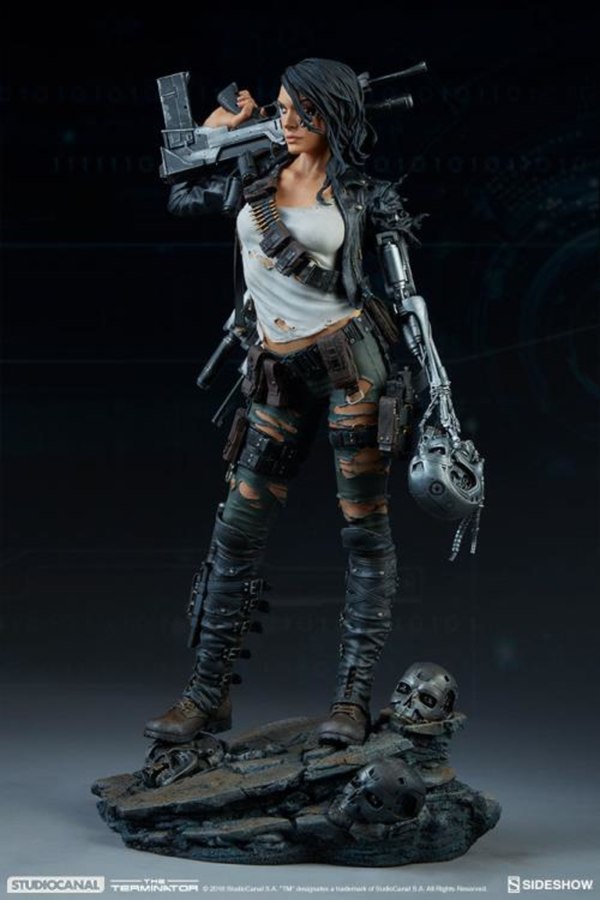 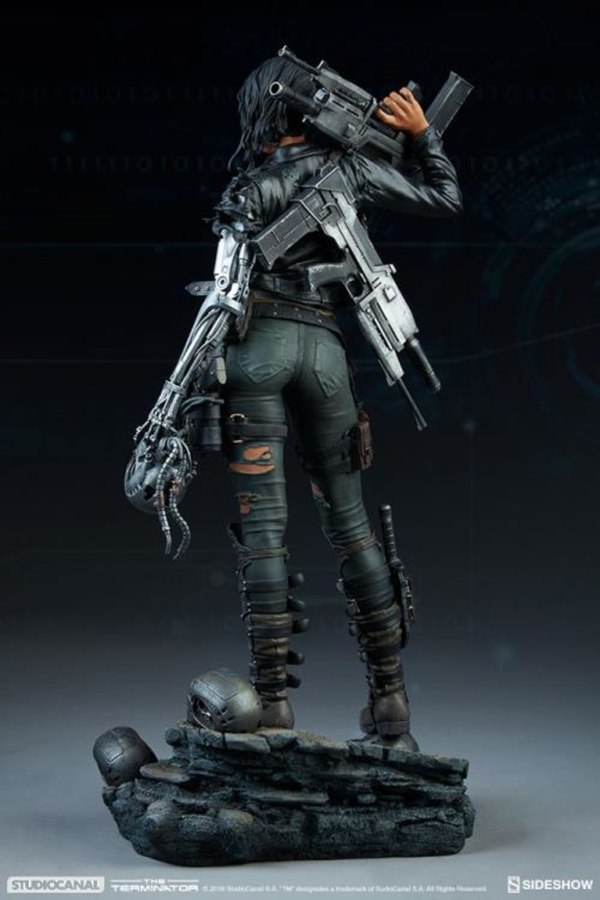 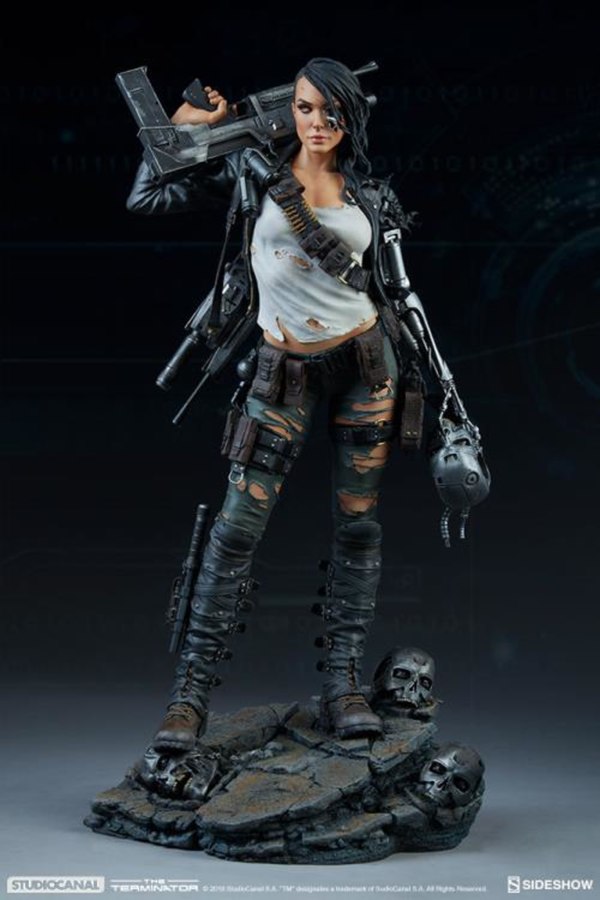 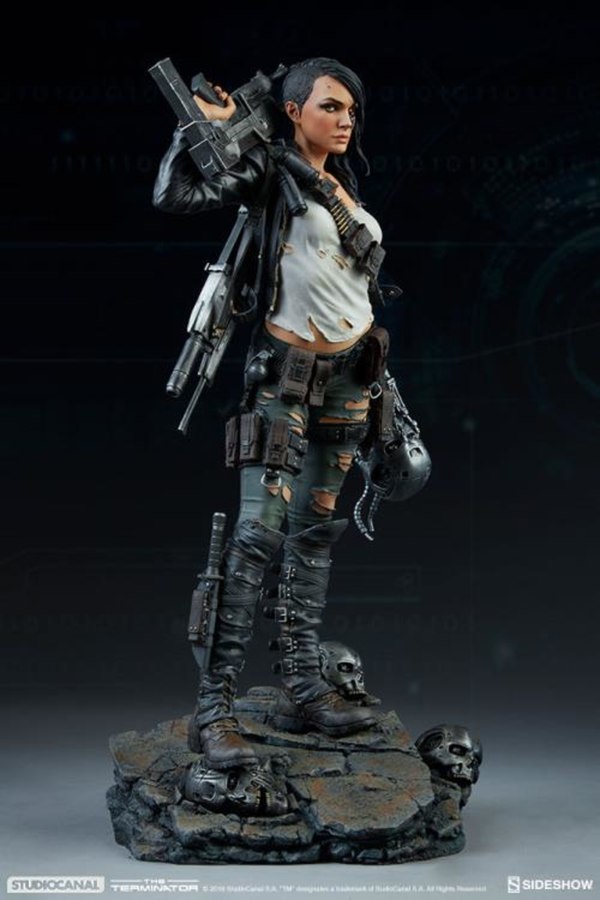 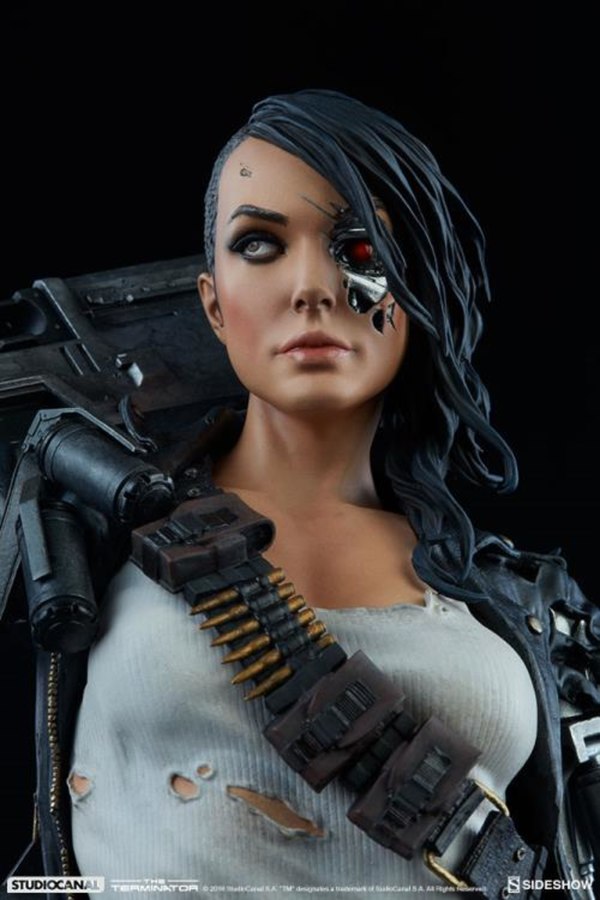 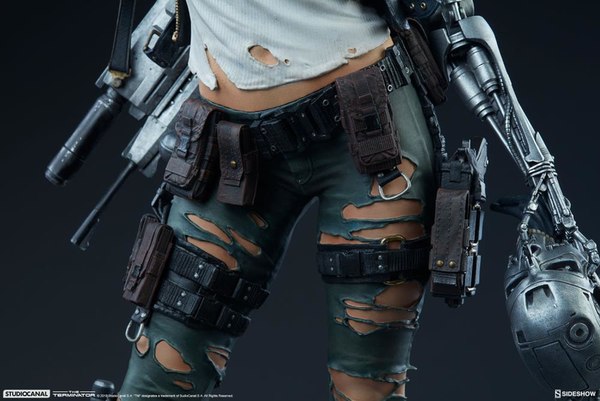 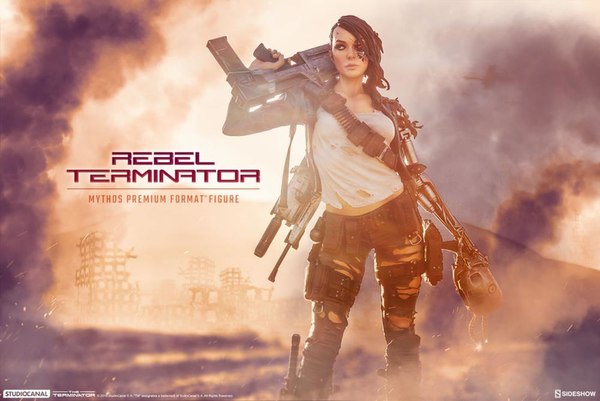 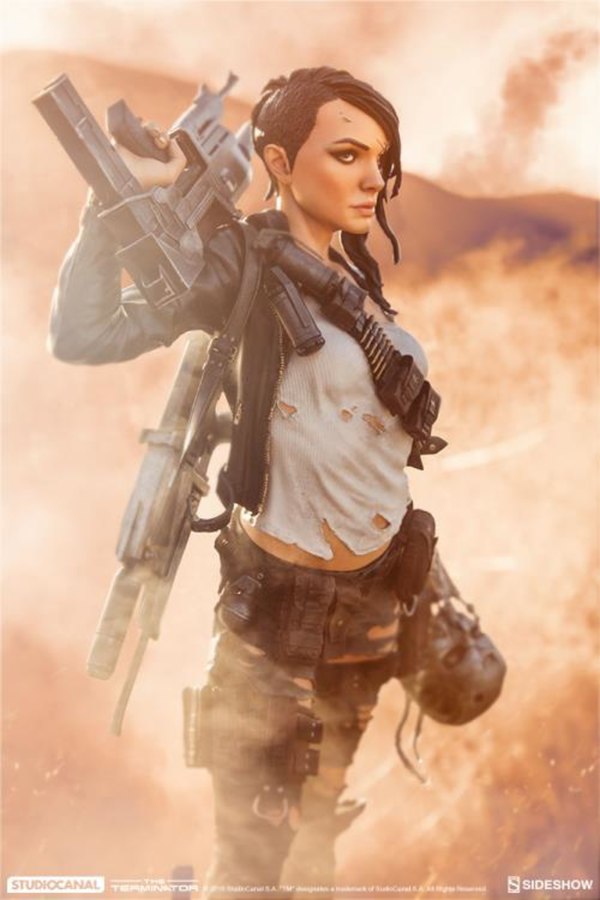 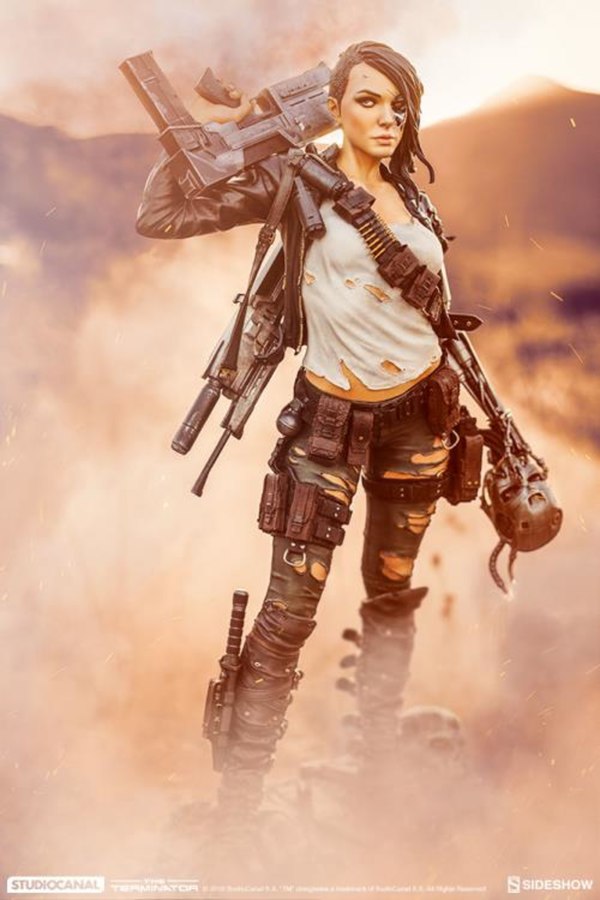 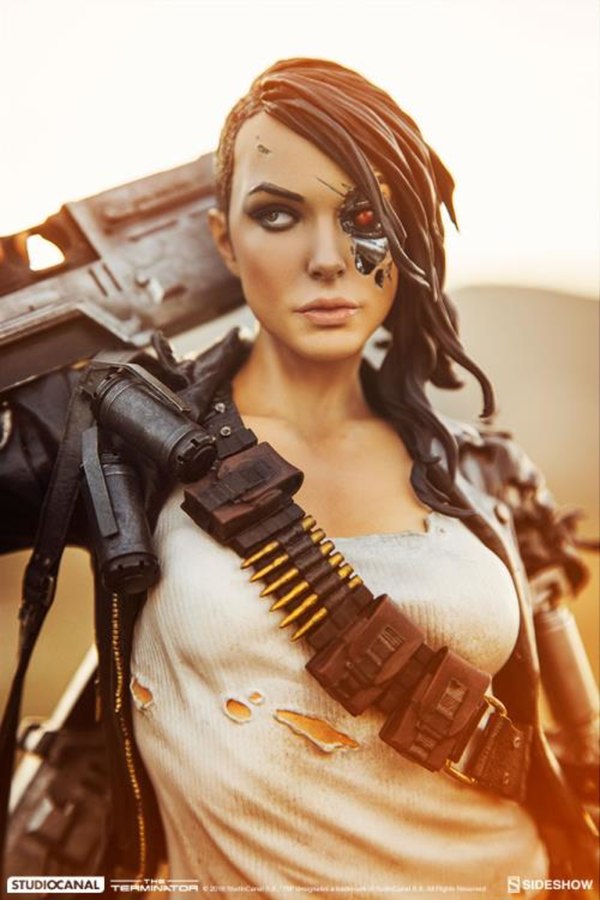