Sideshow Toy
by Jay Cochran
November 14, 2019
The Wonder Woman 1/6 scale figure features a seamless, articulated, muscular body type developed by TB League, as well as a fabric bodysuit in Wonder Woman’s iconic red and blue colors with white stars. Over the suit, she has a sculpted gold belt and gold breastplate, her signature armor. Her portrait has flowing black hair sculpted with motion details and features her golden tiara with a red star set in the center.

The Wonder Woman Sixth Scale Figure also features several swap-out Amazonian accessories, allowing you to craft a display worthy of the gods. Diana of Themyscira has sculpted red and white boots with articulated ankle joints as well as three sets of hands including fists, open hands, and grip hands. The figure also comes with two versions of the golden Lasso of Truth- one sculpted, coiled version and one fabric version. Additionally, Wonder Woman includes her silver Bracelets of Submission, her aegis shield, and her sword with a wearable scabbard, giving you an entire pantheon of possible poses. You can pre-order this figure from our sponsor BigBadToyStore.com.
Image 1 of 11 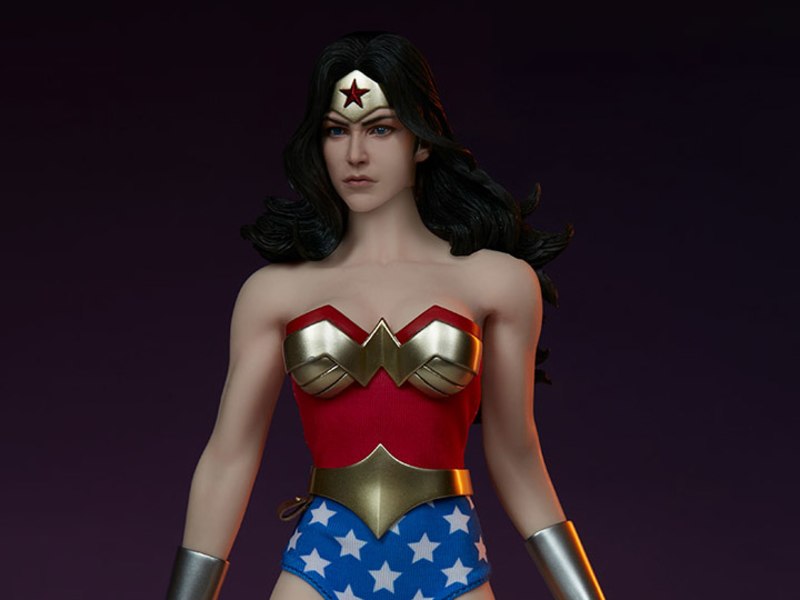 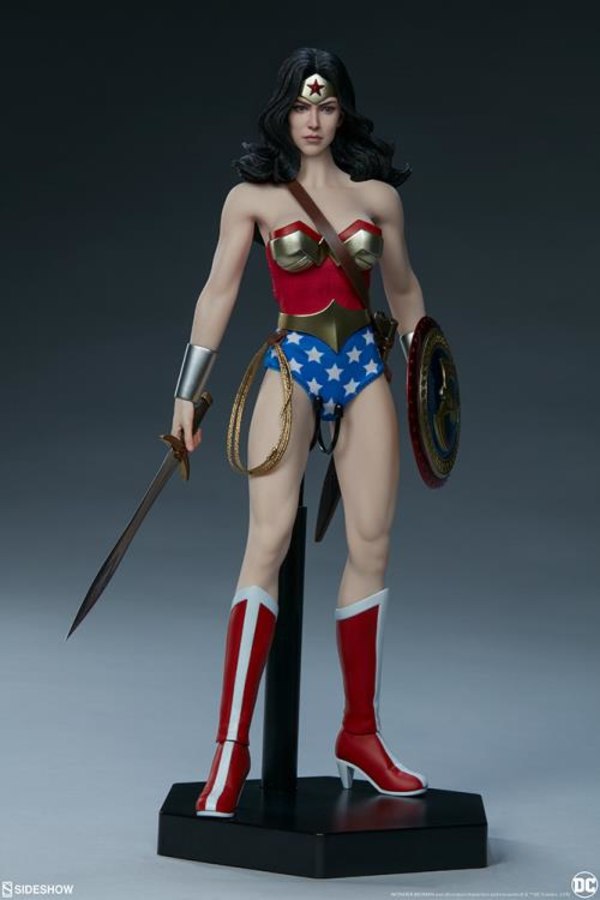 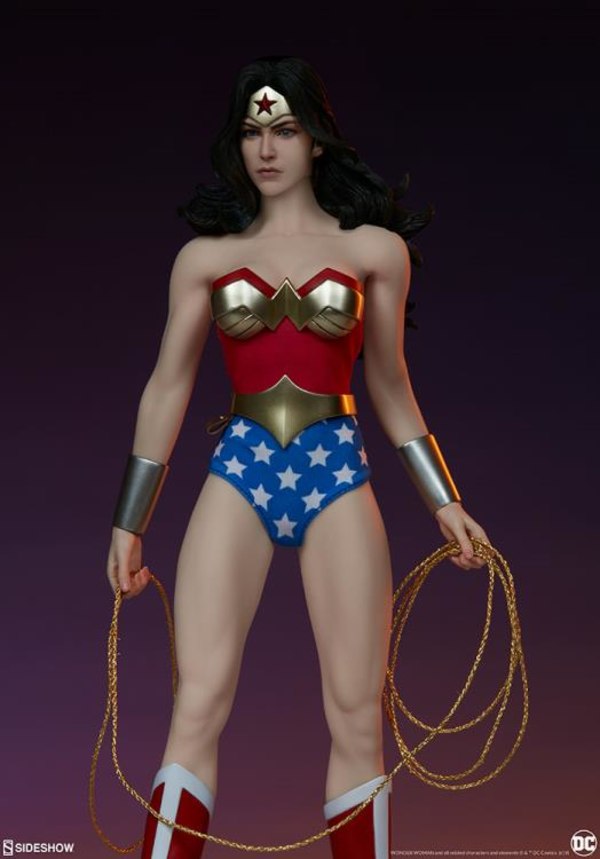 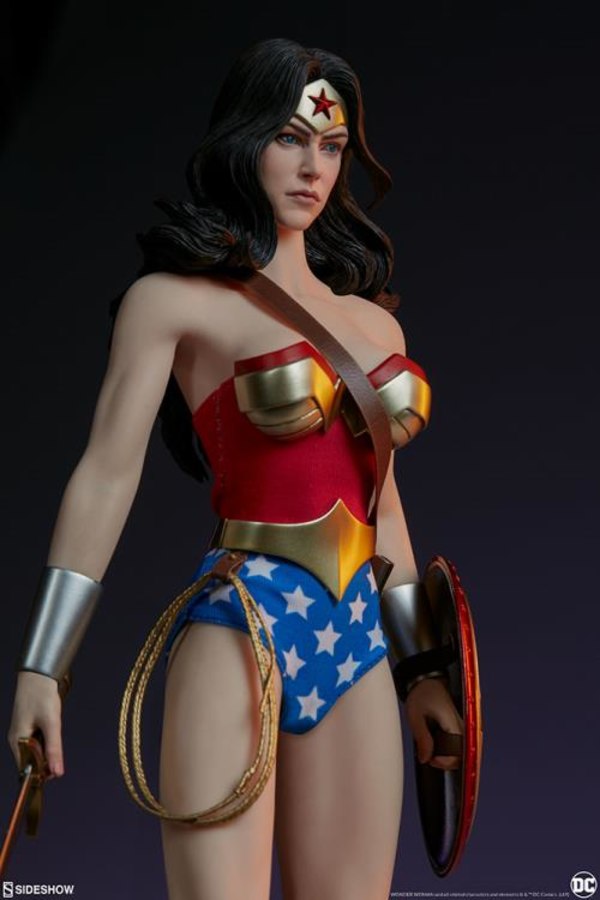 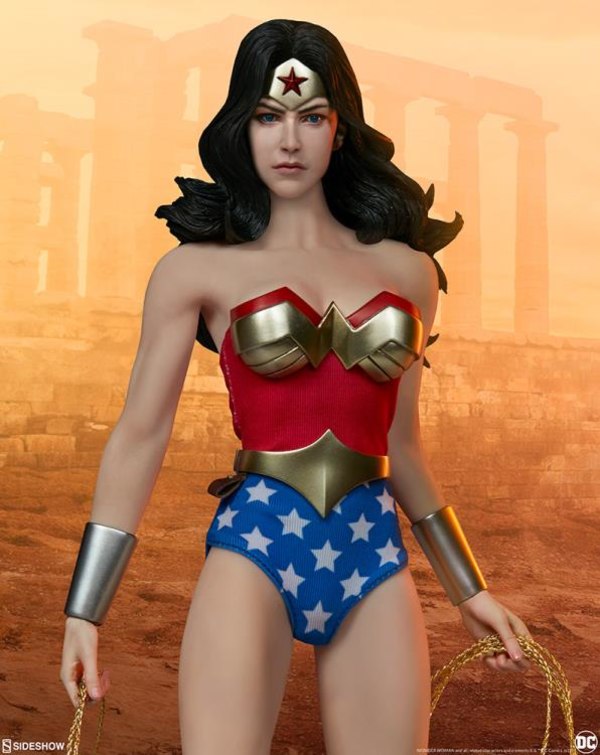 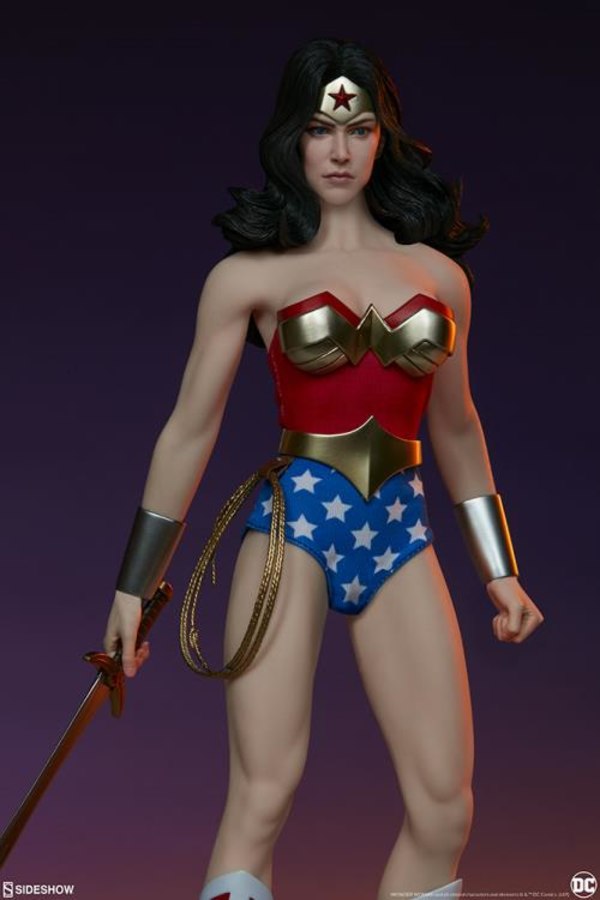 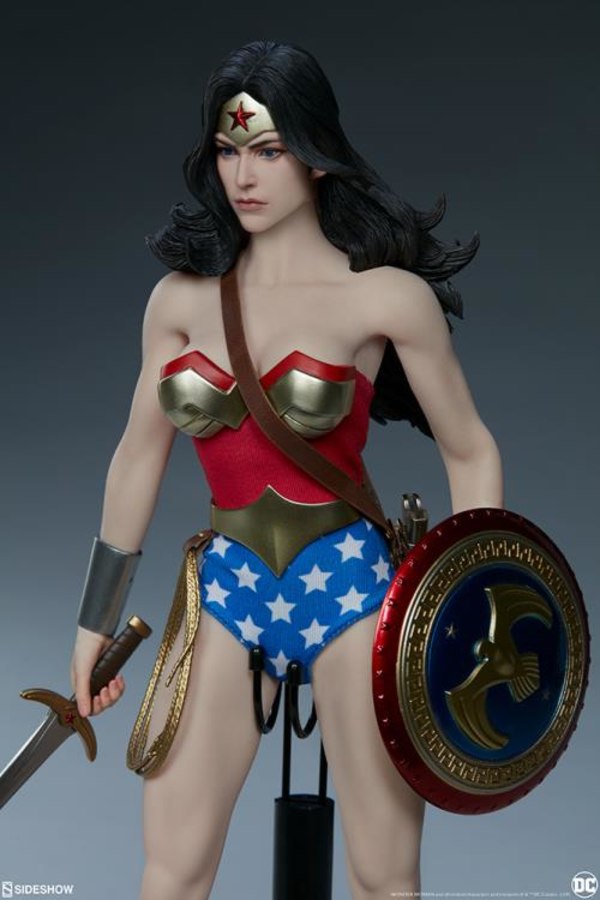 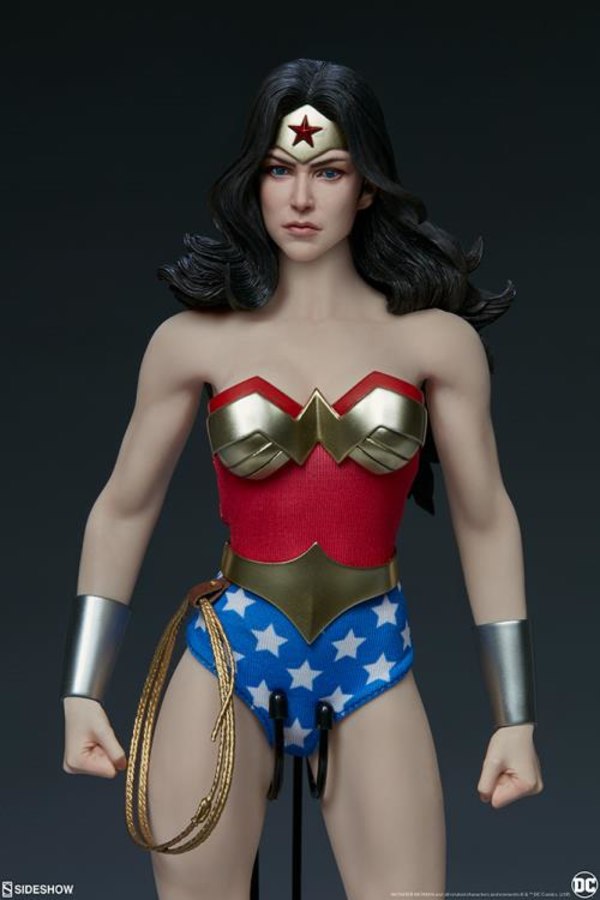 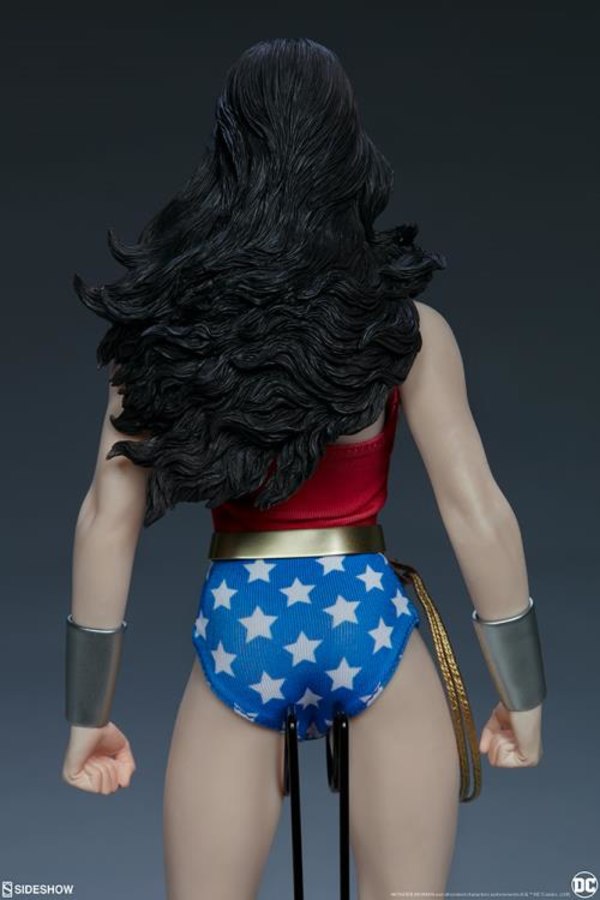 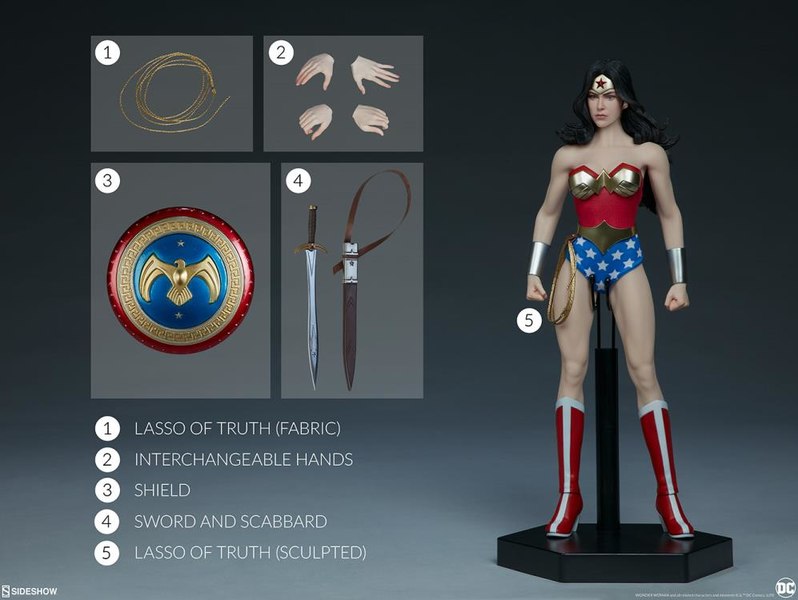 Looks nice but I would like to have seen some action poses. Just to see how the seamless joints look under stress. I don't collect much 1/6 stuff but this would be a consideration if I did.

Saw this in person in New York. Looks good, but she's awfully pale for a woman who grew up on a tropical island.

Head sculpt looks nice but I wished Phicen would fix their bodies. Hips are too narrow and shoulders too broad.