NECA
by Jay Cochran
August 13, 2008
NECA today announced Amazon.com will be the exclusive retailer for its Gears of War Lancer replica and "Headshot" Locust Drone action figure in the U.S. and Canada. Customers who pre-order the Lancer replica, which is available for $139.99, will receive a free copy of the standard edition of the Gears of War 2 game for Xbox 360™ and be eligible to upgrade to the Limited Collector’s Edition of the game for an additional $10.00. NECA’s Lancer replica and Gears of War 2, developed by Epic Games and published by Microsoft Game Studios, are scheduled for simultaneous release on November 7, 2008. Also scheduled for release on November 7 is NECA’s "Headshot" Locust Drone action figure with metal COG tag replicas, which retails for $19.99. All items are available now for pre-order at Amazon.com.

NECA’s Gears of War collectibles are intricately designed and appeal to fans of the game and devoted action figure collectors alike. The Lancer Assault Rifle is one of the iconic weapons of choice in the Gears of War universe with its signature chainsaw bayonet. NECA sourced 3D data from the Gears of War 2 game to fashion the electronic Lancer replica, which is 36 inches in length and runs on three "C" batteries. Highly detailed and hand painted, the reproduction features a trigger that sets off a motorized chainsaw sound accompanied by physical vibration. NECA’s Lancer replica is also equipped with a removable clip and an adjustable side handle that folds in and out and slides back and forth.

"We can’t wait to get our hands on the electronic Lancer and the 'Headshot' Locust Drone," said Michael Capps, president of Epic. "We love NECA’s work because they have the same kind of passion for making great action figures as we do for making great games."

"The character designs and visuals in Gears of War are so rich that it continues to inspire us to create something unique and original with our collectibles. You can’t help but feel a sense of power when you hold the full size Lancer in your hands and squeeze the trigger," said Randy Falk, director of product development, NECA.

Since its debut in November 2006, Gears of War has won over 30 game of the year awards as one of the most popular and best-selling games on Xbox 360™. The game thrusts players into the deep and harrowing story of humankind’s epic battle for survival against the Locust Horde, a nightmarish race of creatures that surface from the bowels of the planet. In Gears of War 2, players continue the story of Marcus Fenix, a reluctant war hero, as he leads Delta Squad on a series of perilous and adrenaline-pumping missions. Gears of War 2 blends a best-in-class third-person shooter with unsurpassed high-definition visuals, all layered on top of an engaging story of survival, loss and retribution.
Image 1 of 2 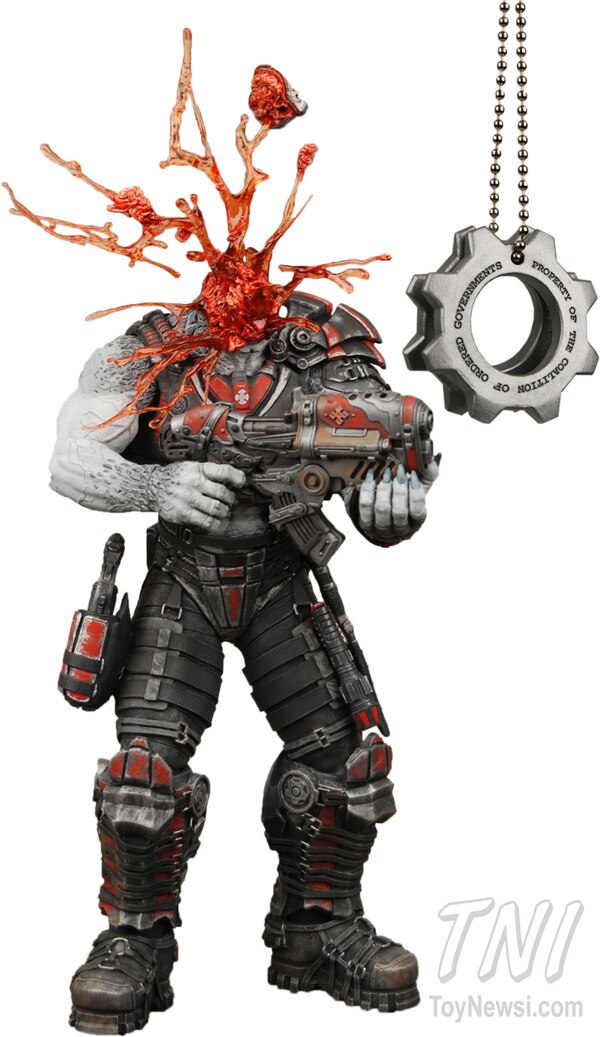 Thats a pretty awesome deal there, shame the UK never got anyhting good

This is an awesome deal!!! By buying a Lancer you get the game for FREE (or 10 dollars for the Limited version). I already placed my pre-order!!!