NECA
by Jay Cochran
February 02, 2013
Like with the Kick-Ass II figures we told you about coming from NECA the other day, we are treating this latest news as rumors for now, at least until we get official word from NECA at the New York Toy Fair. Anyway TNI Forum member Metalingus seems to have scooped out some more news about upcoming NECA figures.

The first thing he lets us know about are details for their first wave of Pacific Rim based figures. Now it was confirmed back in January that NECA was doing product for Pacific Rim, So if Metalingus' info is correct here are the details on the first wave:

NECA Pacific Rim series 1
One of the most buzzed about trailers this winter is from the new action film from visionary director Guillermo del Toro, Pacific Rim - When an alien attack threatens the Earth's existence, giant robots piloted by humans are deployed to fight off the menace. Opening July 12, 2013 we will have a full line of poseable action figures directly from the film. Figures stand roughly 6" - 8" tall and are created directly from the digital files used by ILM in the making of the movie. Set of 3 includes Gypsy Danger, Crimson Typhoon and Knifehead Kaiju".

Shown below are some blueprints showing off two of the 3 characters listed as getting the figure treatment. 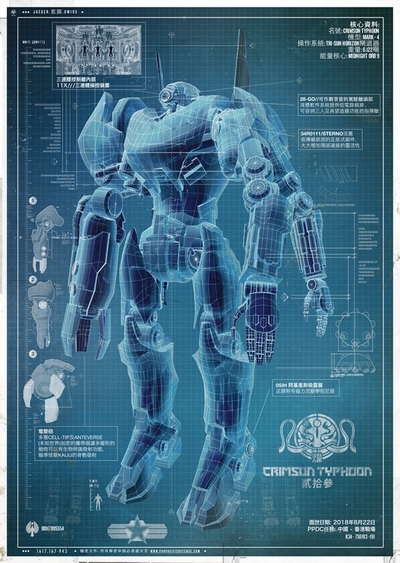 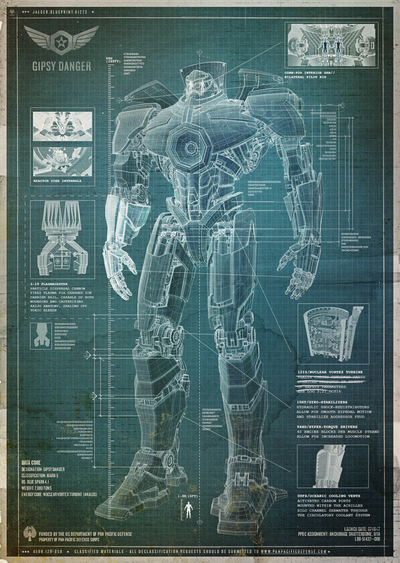 Now if this information is correct, NECA has apparently also secured the toy license for a new Will Smith movie called "After Earth":

NECA After Earth
A brand new feature film, starring the box office powerhouses Will Smith and his son Jaden. After a crash landing, a father and son explore a planet that was evacuated by humans 1,000 years earlier. Kitai, played by Jaden Smith, stands 6.5" tall and is articulated at the neck, shoulders, elbows, and wrists. Includes movie accurate accessory as well.

In After Earth, one thousand years after cataclysmic events forced humanity's escape from Earth, Nova Prime has become mankind's new home. Legendary General Cypher Raige (played by Will Smith) returns from an extended tour of duty to his estranged family, ready to be a father to his 13-year-old son, Kitai (played by Jaden Smith). When an asteroid storm damages Cypher and Kitai's craft, they crash-land on a now unfamiliar and dangerous Earth. As his father lies dying in the cockpit, Kitai must trek across the hostile terrain to recover their rescue beacon. His whole life, Kitai has wanted nothing more than to be a soldier like his father. Today, he gets his chance.

So be sure to check back to TNI starting next weekend 2/9 for complete coverage of the New York Toy Fair where I am sure we will here much more about these two licenses and other products NECA will have in store for us in 2013.
Image 1 of 8 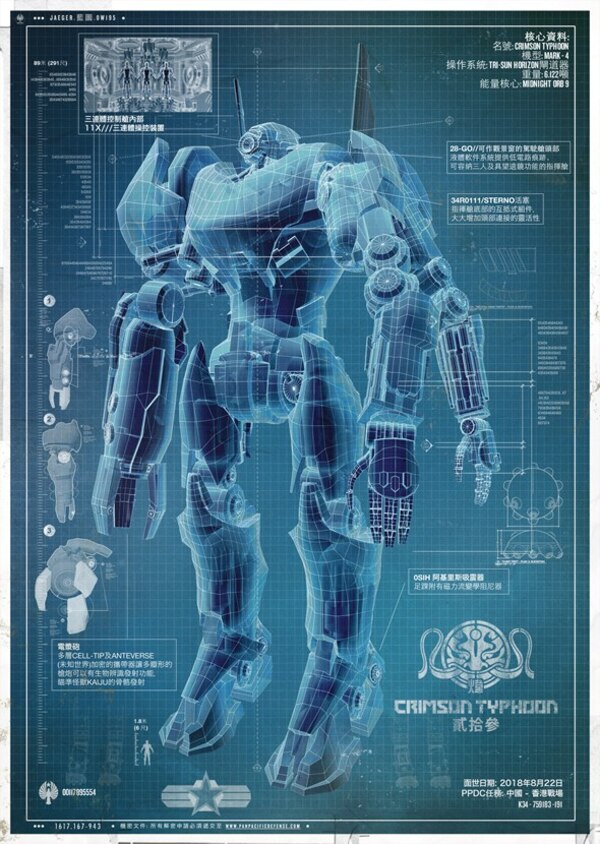 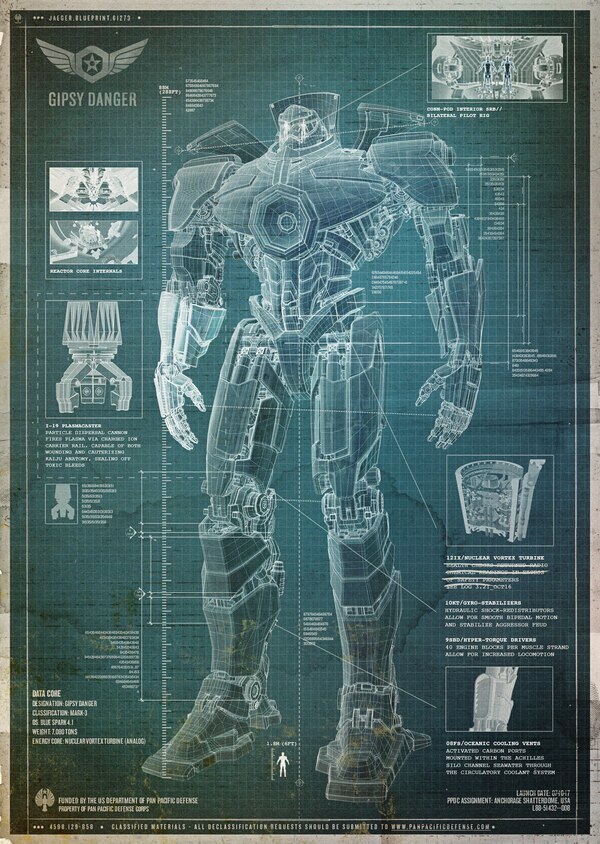 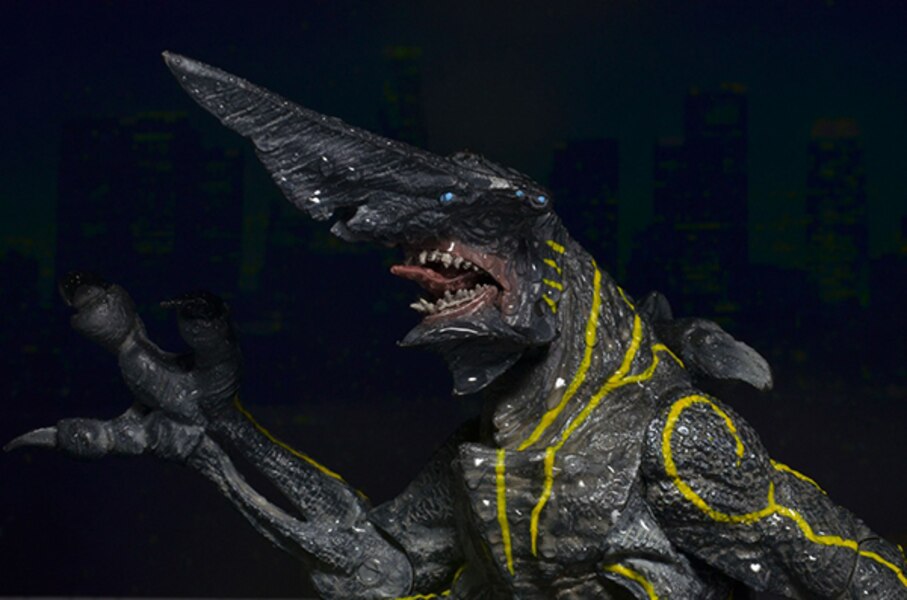 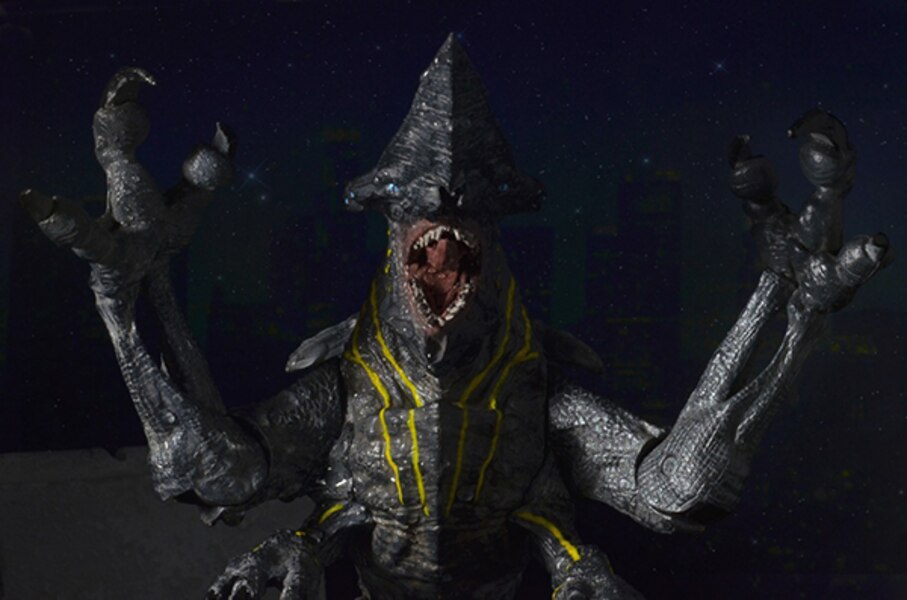 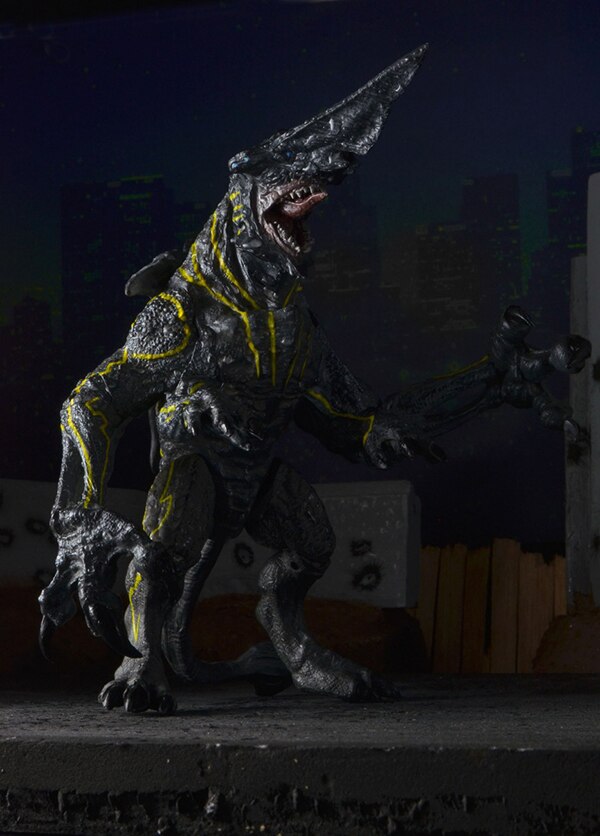 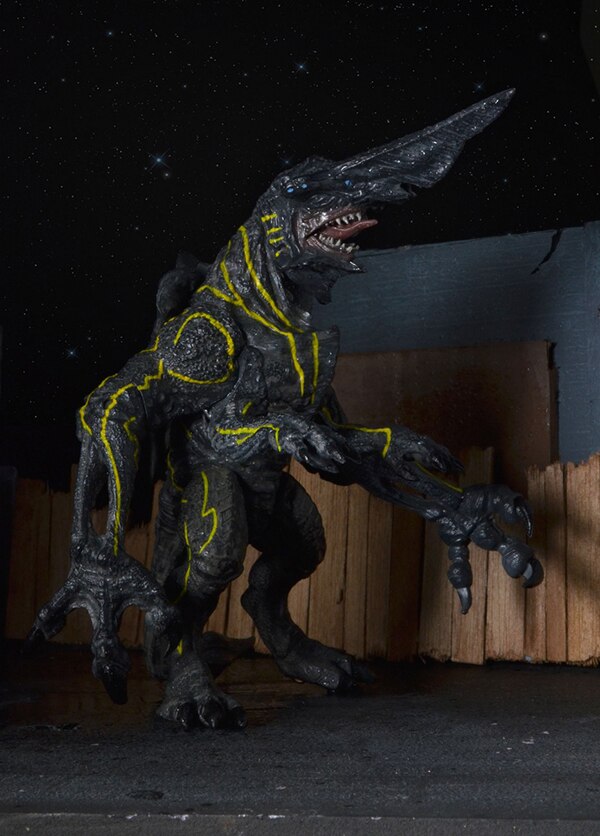 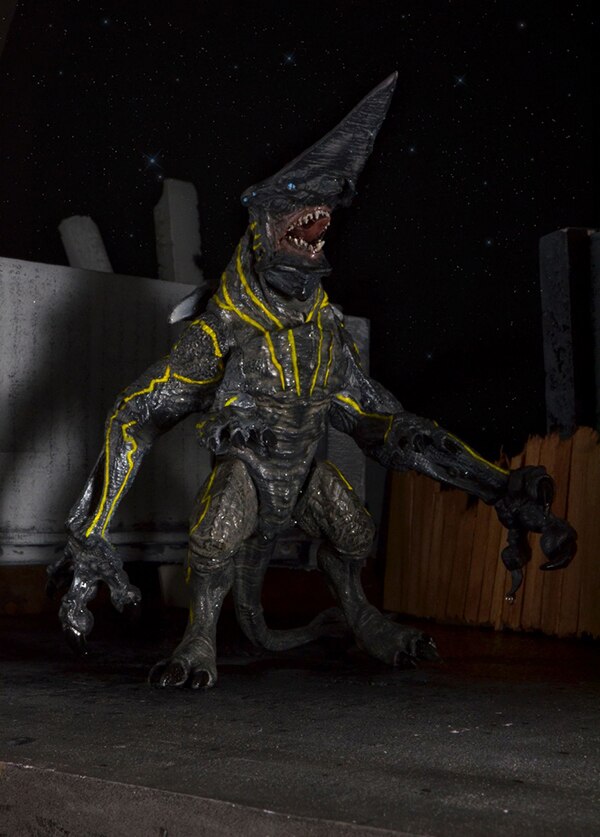 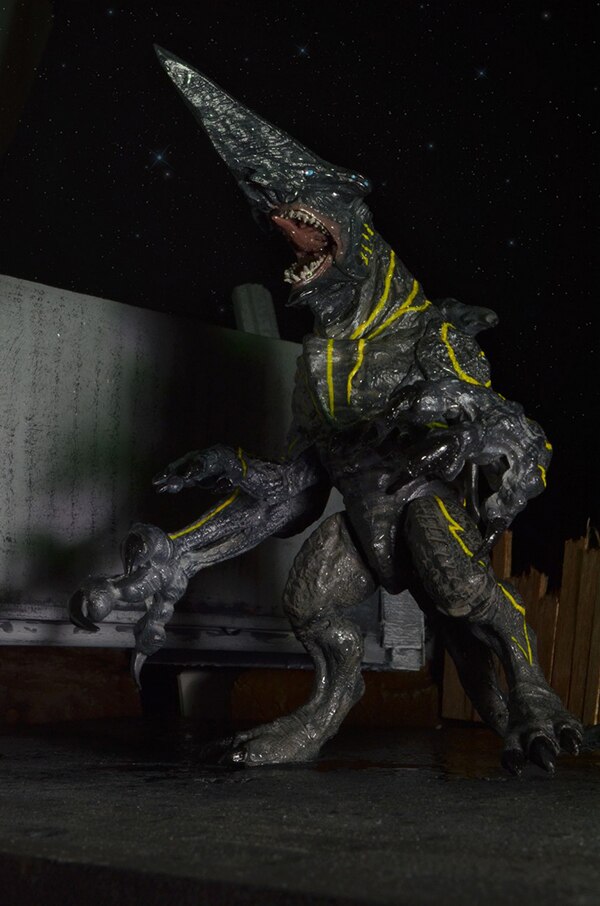 i would be down for a will smith figure though since i dont got one.

Sign me up for Pacific Rim!!! I love robots and mecha and this looks to be one of the BEST live action mecha movies ever!

I too may pass on After Earth. I'm sure I may like the movie but I don't think I need figures from it. We are still in a recession after all and I have to be selective

i may pass on both. kind of tired of will and his son. film looks good though but just like pacific rim, i doubt i need figures of these movies.