NECA Teases Unreleased Mirage Comics April O' Neil Figures In 2020 TMNT Visual Guide - Could It Be A Sign Of Things To Come?

NECA
by Jay Cochran
December 23, 2020
NECA today released part 1 of their Teenage Mutant Ninja Turtles visual guide for 2020 which shows figures from their movie, video game and Mirage Comics lines. A thing to note is the guide features the never-before-released yellow and green versions of April O' Neil from the Mirage line. The figures were canceled before ever came out. Earlier this year Randy mentioned that NECA was looking to do more Mirage Comics based figures, likely switching off with the video game line being released at comic and specialty shops. It's possible this could be a preview for that, but we will have to wait and see.

You can head over to the NECA website to download a hi-res version of the visual guide and stay-tuned for the second half of their Turtles guide featuring the animated stuff likely to be released tomorrow.
Image 1 of 2 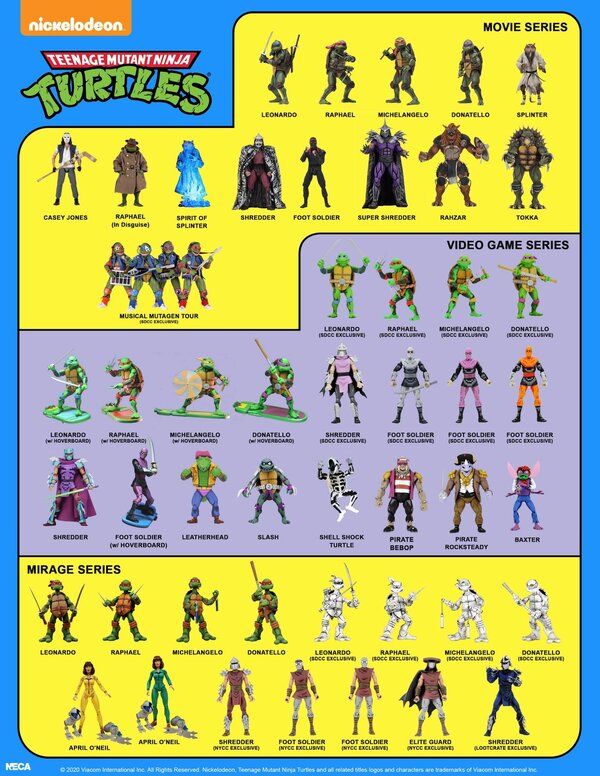 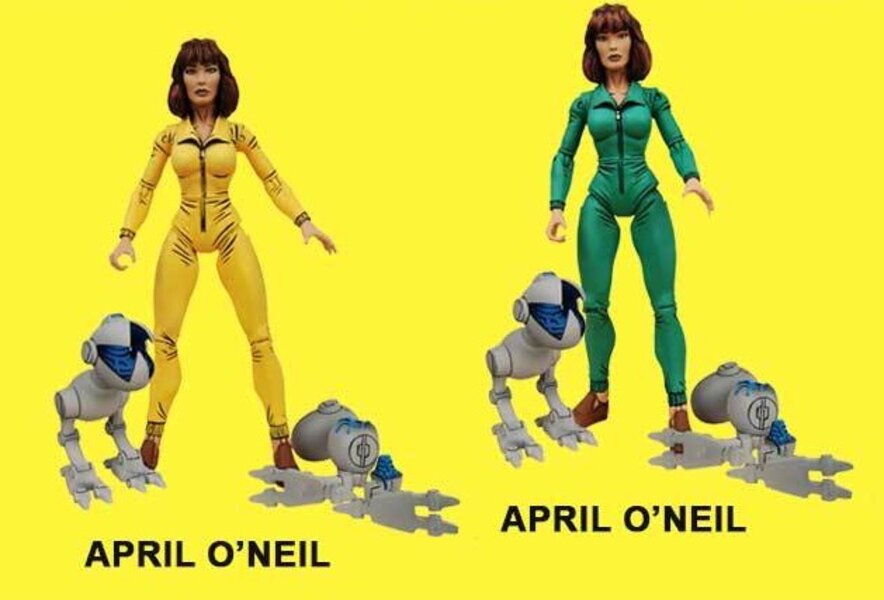 Wow. Even worse than Target.

I don't really love the headsculpt on that April. It will be interesting if they released these again.

I feel like this is a miscolor.. like the blue got all fudged up and came out teal/green. Would make sense why its the blue one isnt shown and this one is. But i dunno, just my thought. I would love to get my damn tokka, rahzar and super shred already tho NECA... or at least give me any kind of friggin concept of time.. October... then end of november, then december and now nothing is kind of bs..

I wonder why the April that WAS released isnt pictured. Also, the three pack of mousers.

And I wonder which store they'll be exclusive to this time.

It would be great if they re release the whole mirage line. At least give us the four turtles agsin.