NECA
by MISP Steve
February 21, 2022
It's Turtally Terror-tastic! NECA is thrilled to announce a new addition to its Universal Monsters x Teenage Mutant Ninja Turtles action figure collection. The line pays tribute to the world's most famous turtles and Universal's icons of horror.

Michelangelo as The Mummy reimagines the Turtle as The Mummy, awakened from his eternal slumber by an undying love… of pizza! Don't be late with his pie or you may run afoul of The Mummy's Curse! Includes two ankh nunchuks, interchangeable heads and hands, bendable cobra, and extra bandage drapes.

Preorders are open now from our sponsors: 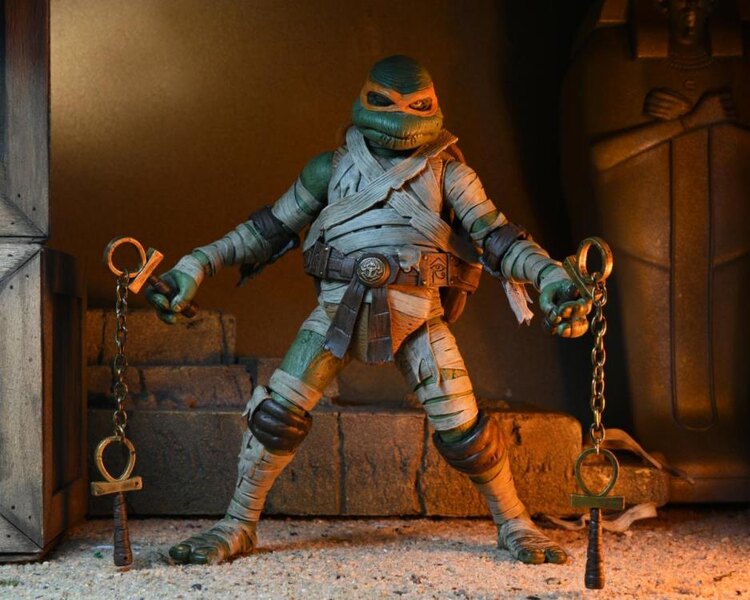 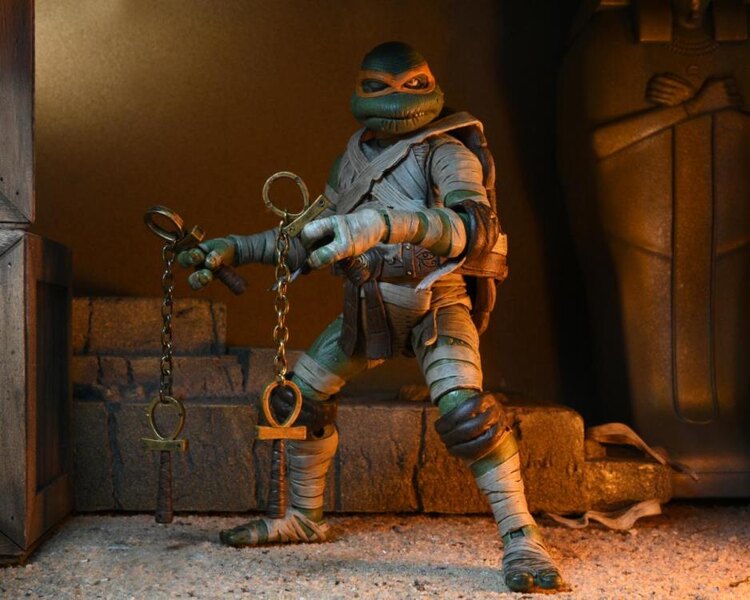 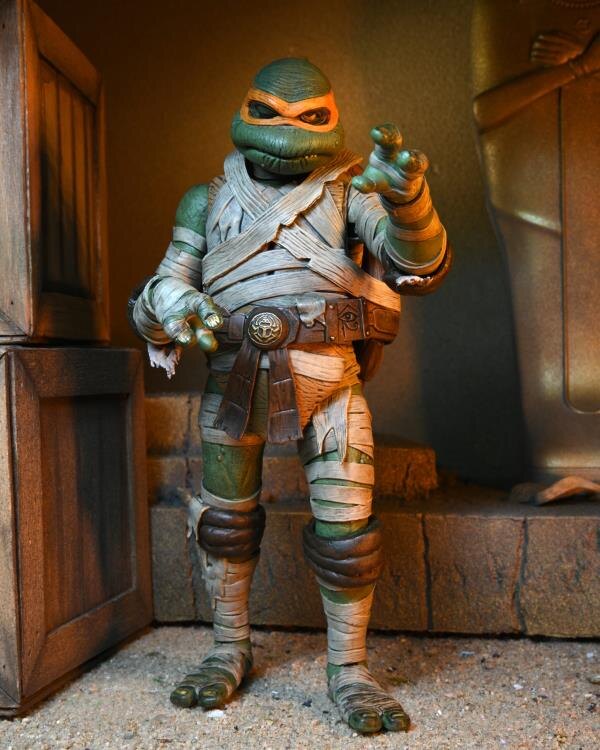 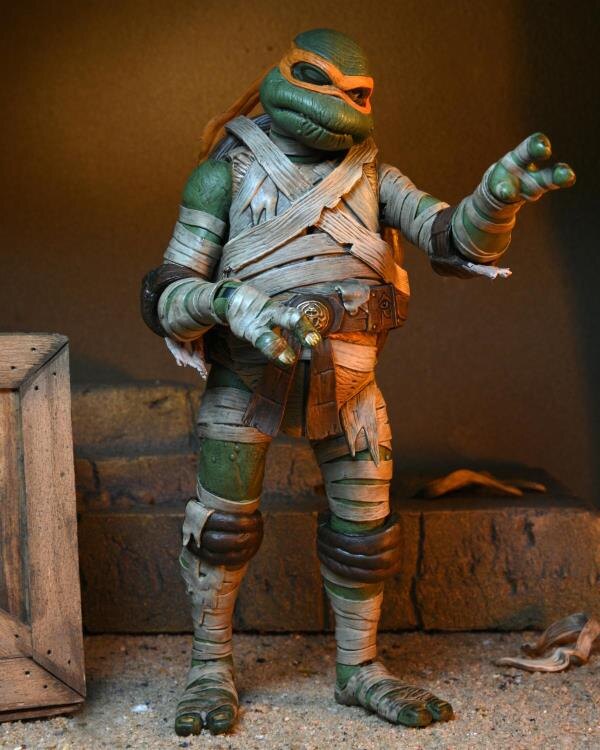 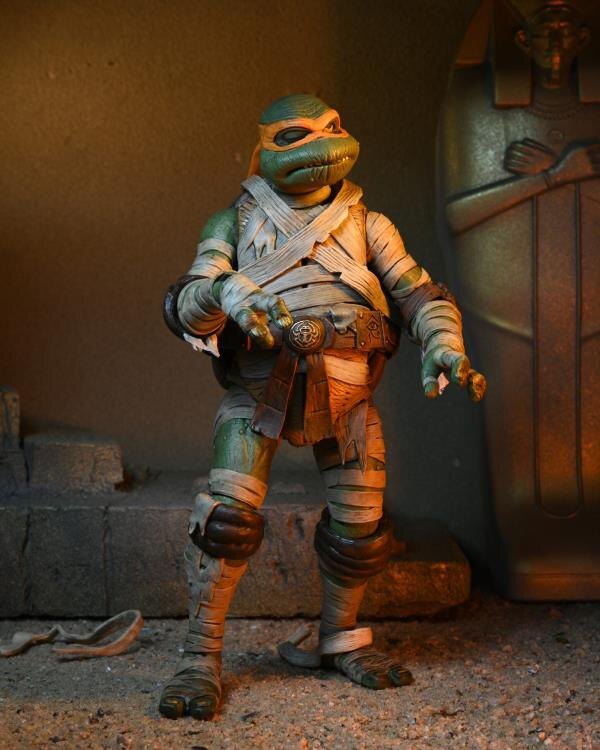 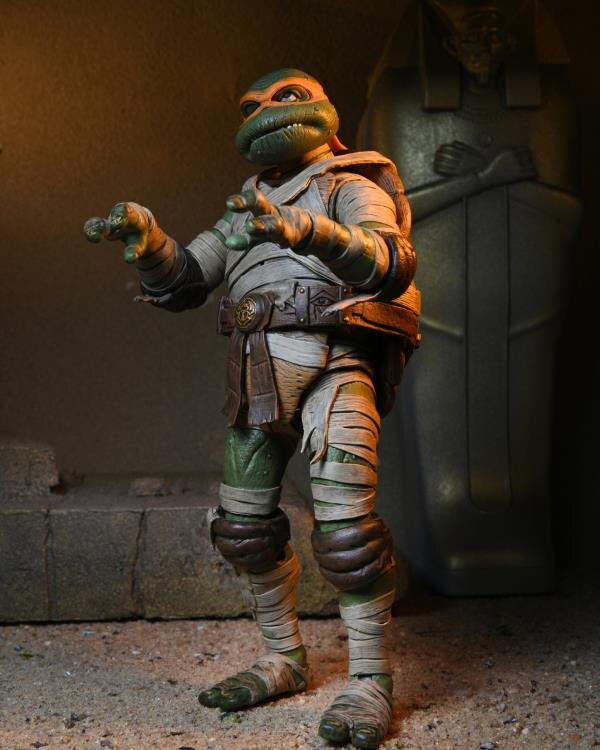 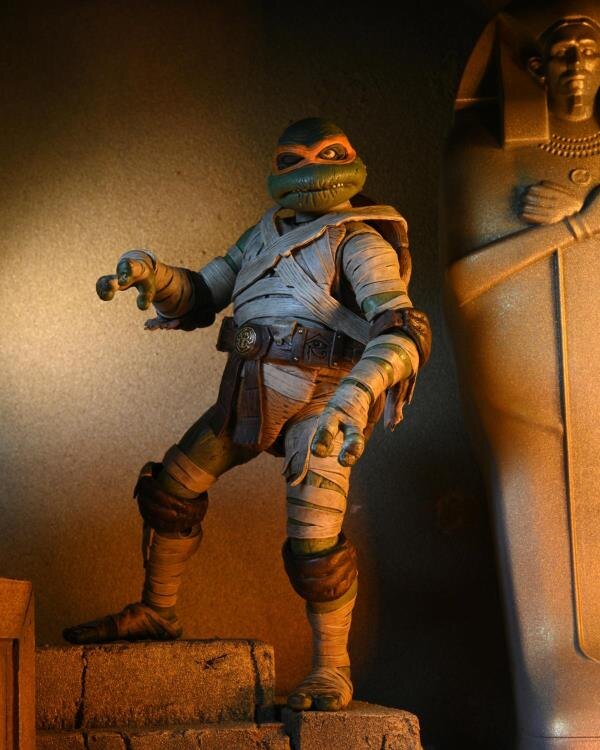 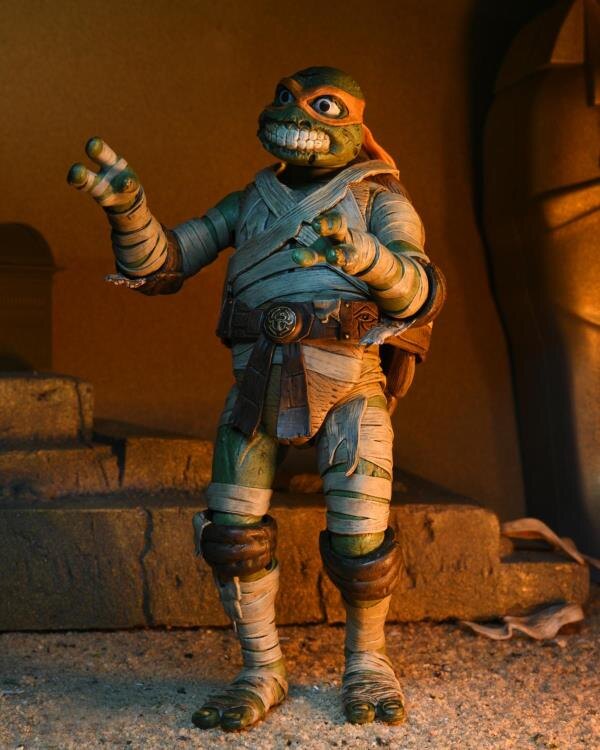 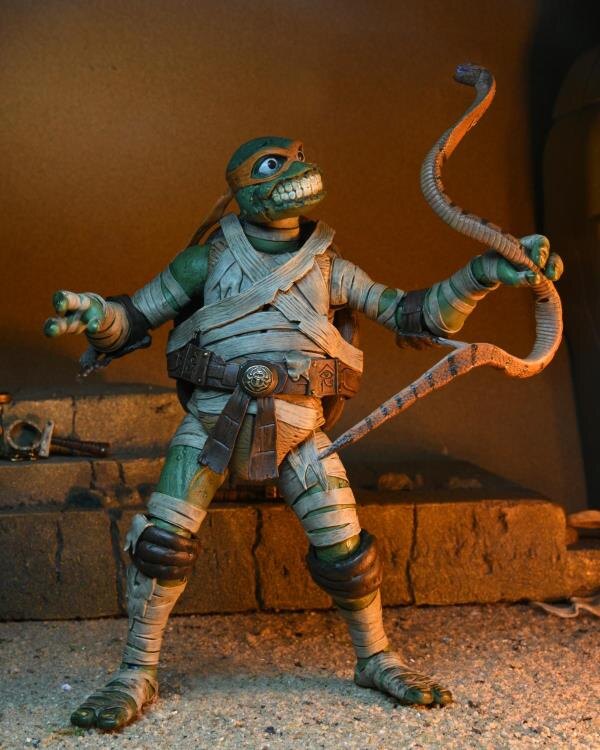 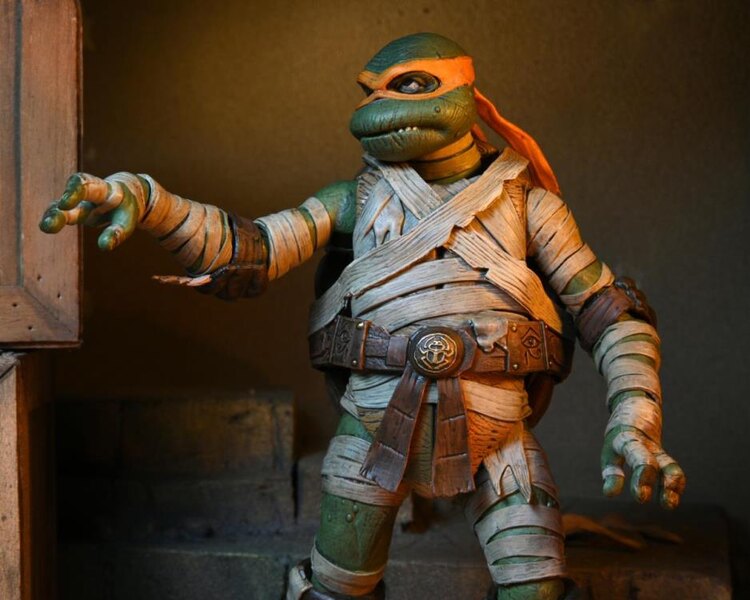 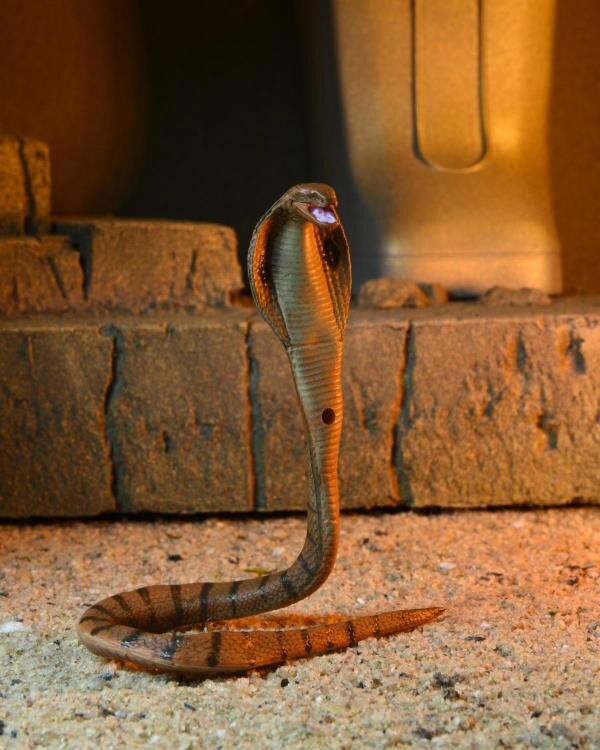 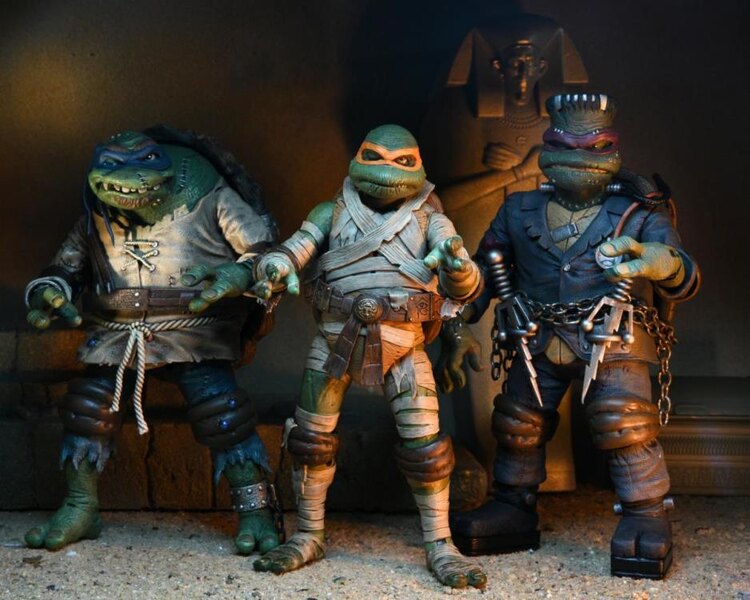 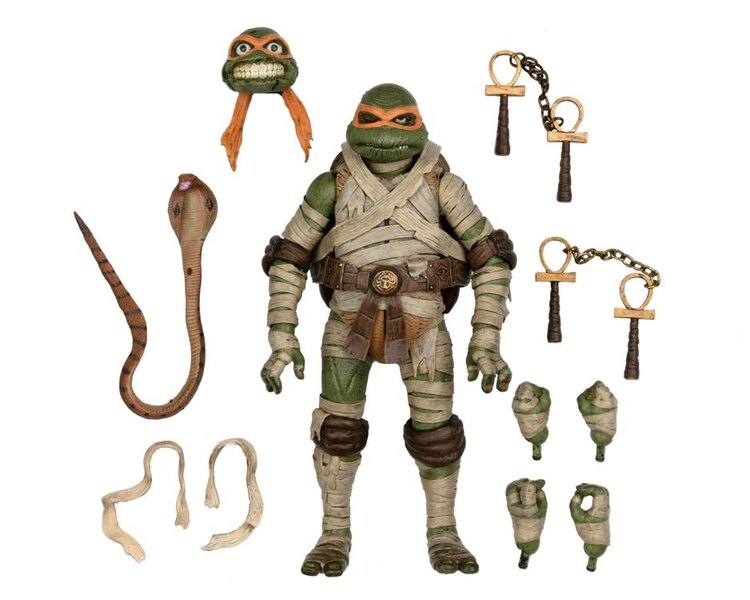