NECA
by Jay Cochran
December 12, 2022
Celebrating more horror legends, NECA is excited to reveal The Phantom of the Opera!

Starring Lon Chaney, the 1925 silent movie was famed for the shocking appearance of the Phantom, which Chaney created himself and kept secret until the premiere.

Almost a century later, the thriller is still critically acclaimed and was added to the United States National Film Registry in 1988 for its historical and cultural significance.

This 7" scale figure captures the Phantom both disguised and unmasked with five interchangeable heads, and also includes fabric cloak, bamboo stick and hat accessories. You can pre-order this figure now from our sponsors BigBadToyStore.com and Entertainment Earth.
Image 1 of 16 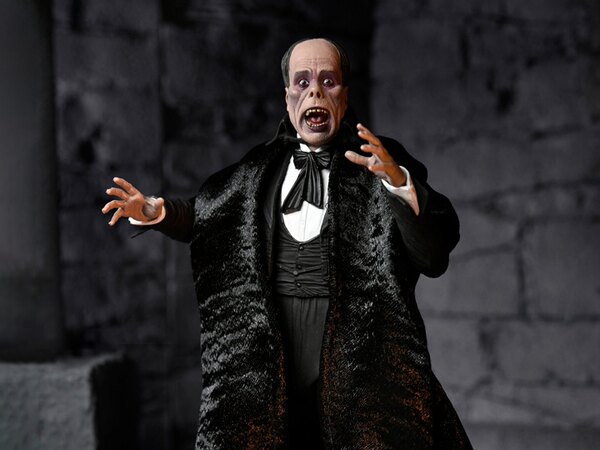 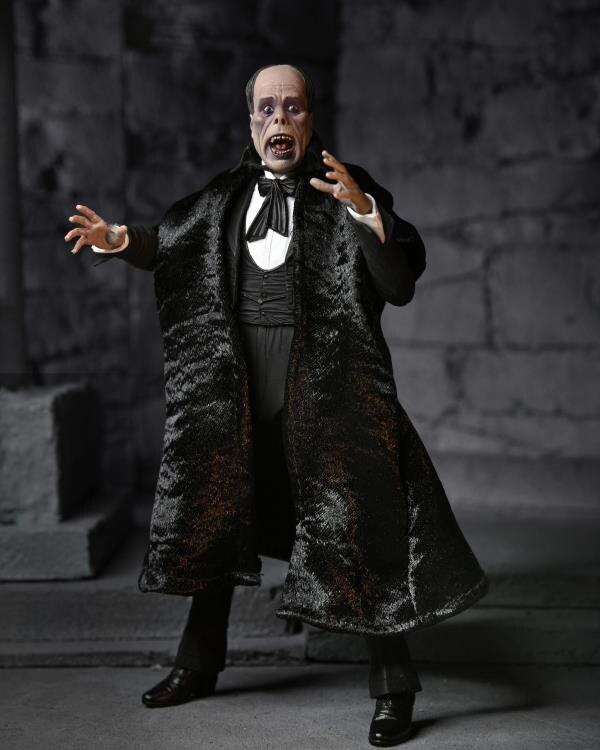 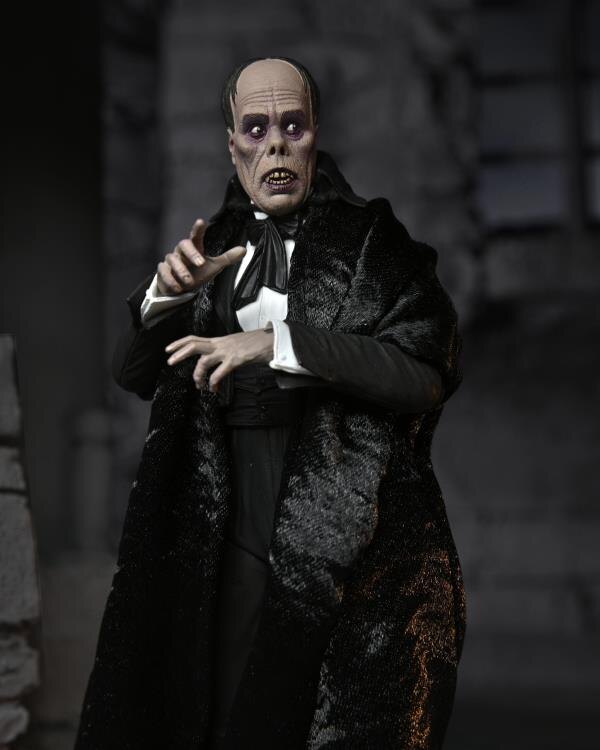 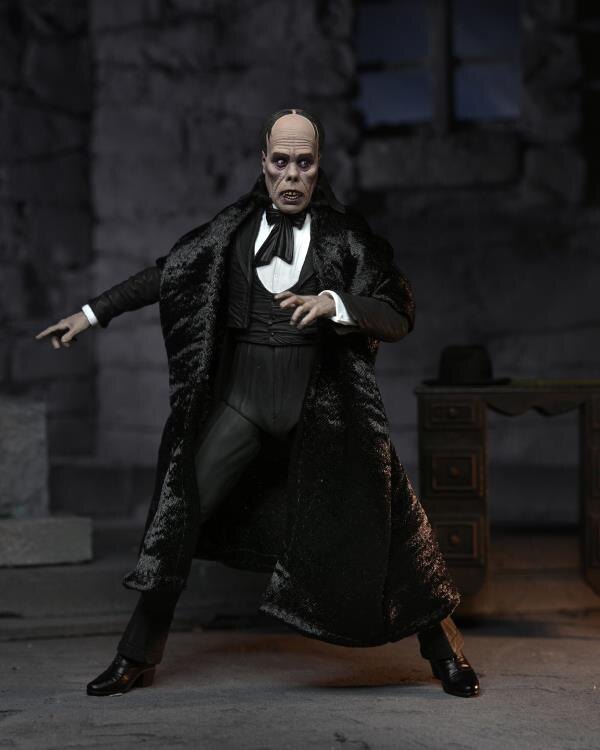 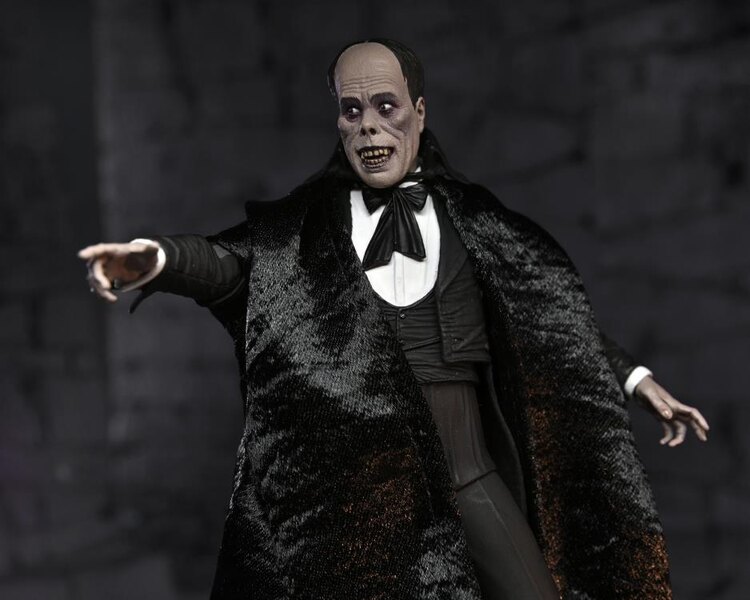 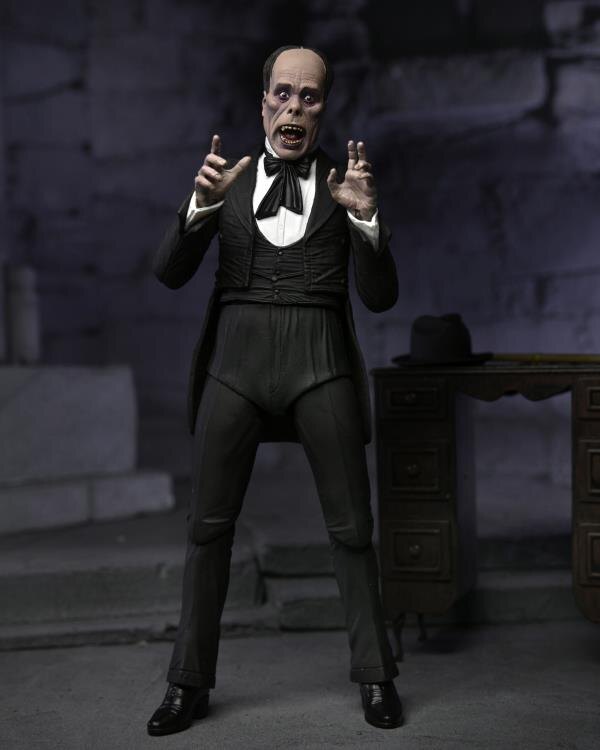 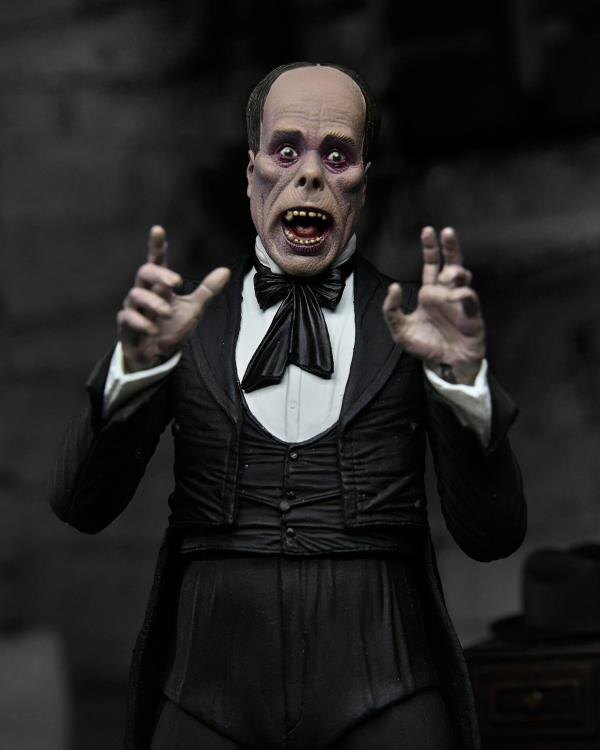 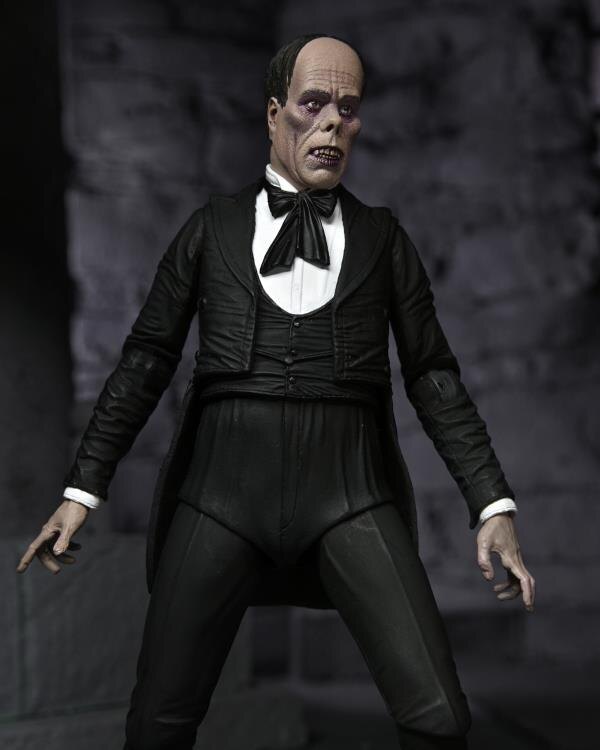 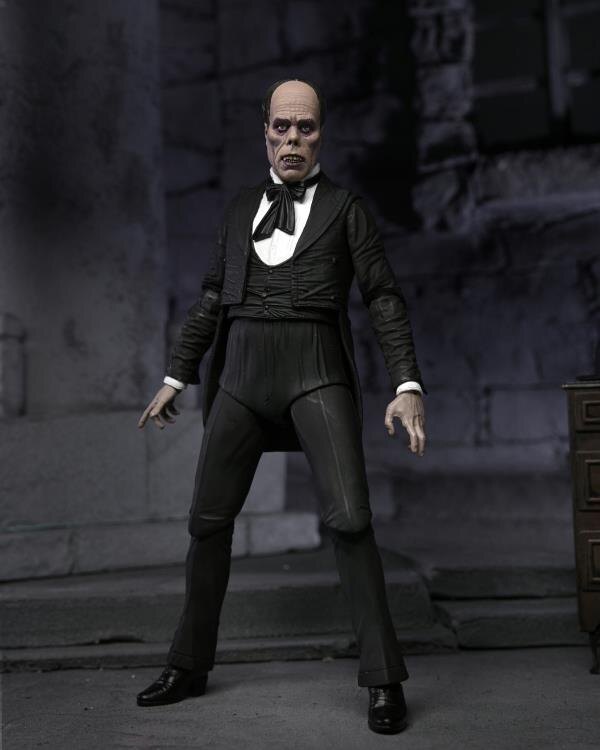 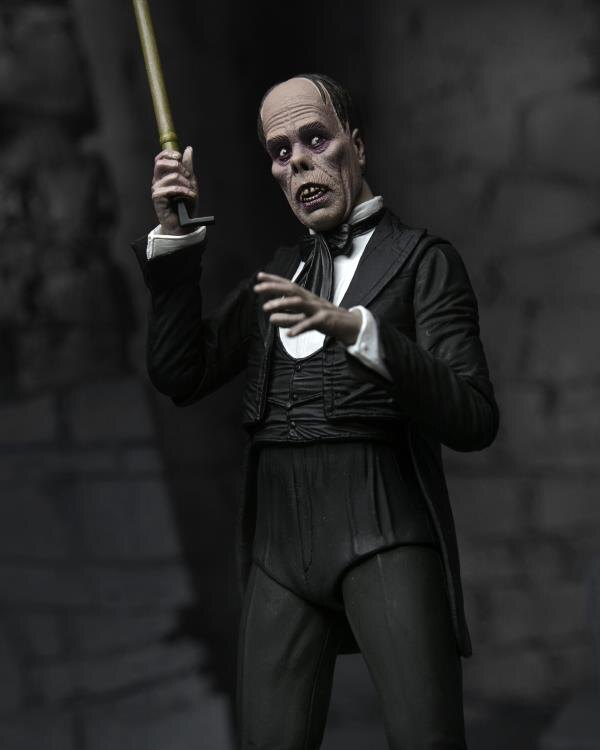 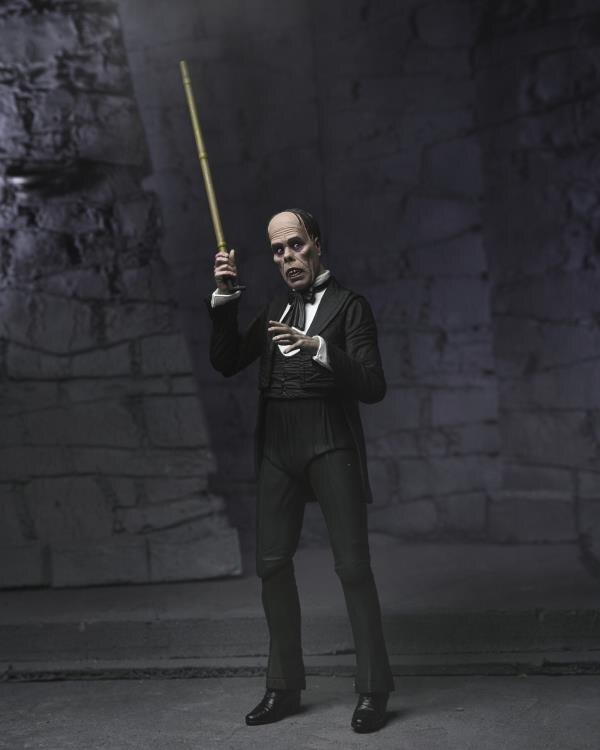 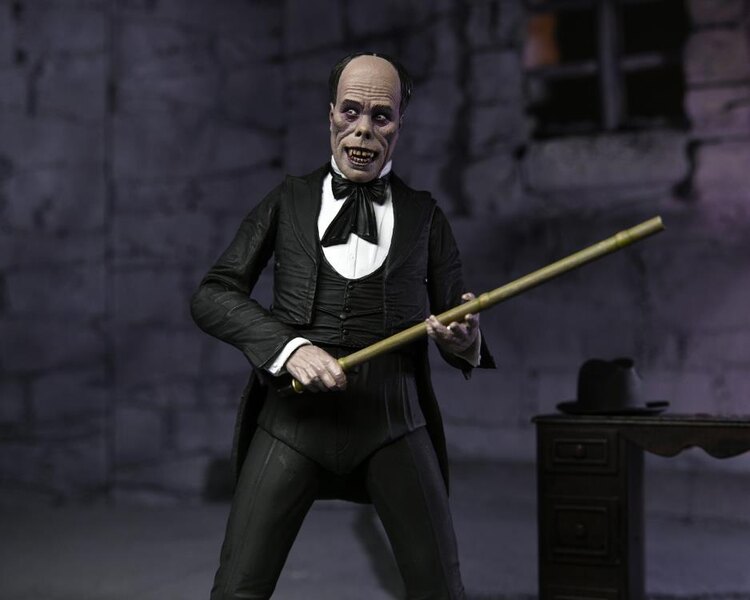 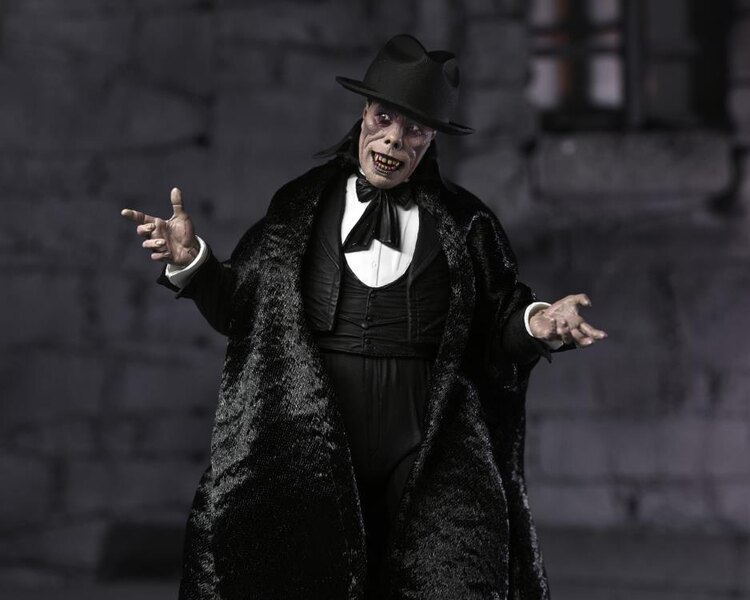 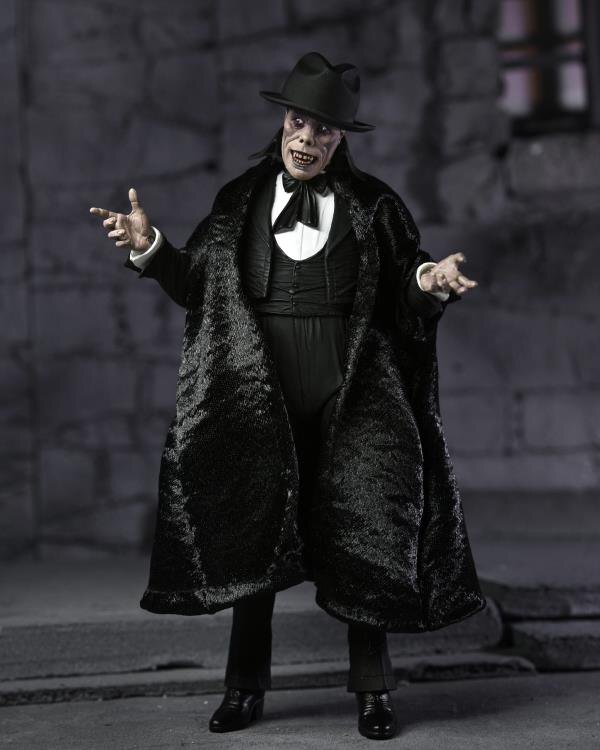 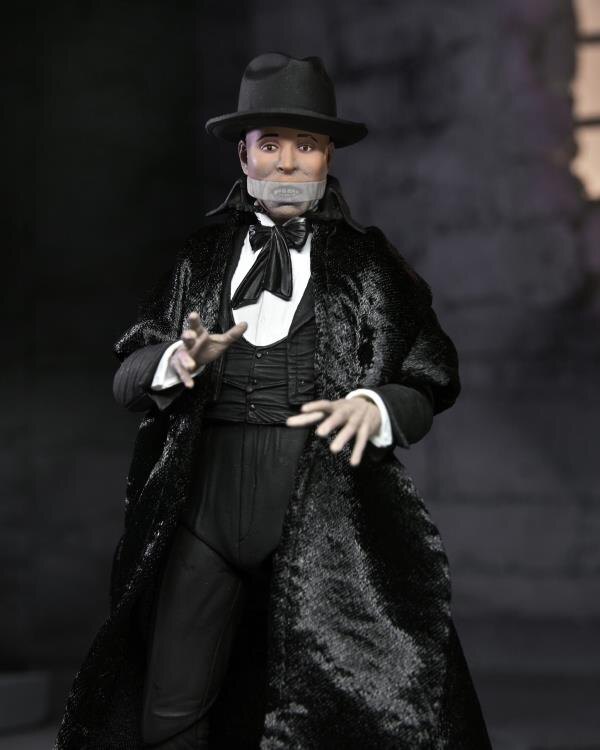 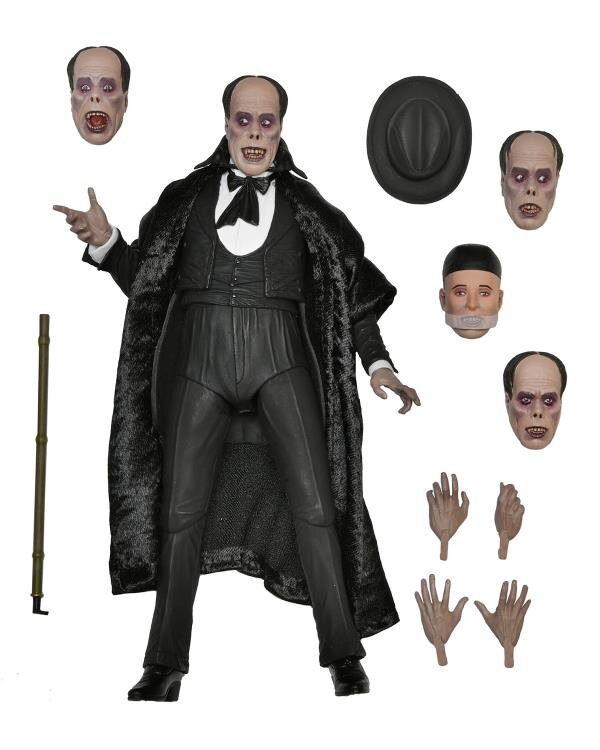 It's a fantasy likeness I think. I just prefer the white phantom mask covering half the face.

Im with you on this one. Need the mask. Although at least the hat seems to help i think.

Looking forward to seeing this guy in the inevitable GITD Remco wave 2.

It's a fantasy likeness I think. I just prefer the white phantom mask covering half the face.

A definite pickup for me. I'm really loving this line.

Looks perfect, Ill wait for a black and white version!

Another great figure from Necas universal monsters line. Really been enjoying this line. When are those Hammer figures going to make an appearance?