This is the version of Jigsaw in his theatrical black red-lined robe, and the photos indicate that the gruesome long-mane pig-tusk mask will serve either as his primary or secondary head---the appearance that Jigsaw assumed when he ambushed and snared his morally ambiguous prey. Additionally, he comes equipped with his avatar, the taunting corpse-faced puppet with the red-swirled eyes, the vacuous smile and the bowtie. Both figures, by all appearances, seem to be reasonably articulated.

Tragically, Jigsaw’s true life began with the knowledge of his terminal cancer. He realized then that he could make a difference by selecting moral miscreants and forcing them to fight for what they didn’t appreciate. Now driven purely by discipline and absolute will, Jigsaw set up a lattice of rules and consequences. He arranged complicated mechanical traps and scenarios that forced the victims to sacrifice something, either of themselves or of fellow captives, to escape. Provided that one disciplined him/herself to Jigsaw’s rules, there was always a chance for survival, but it was never easy. Usually he communicated by video and/or mini-tape cassette, providing the clues that the victims needed to survive their tests. Jigsaw himself was rarely seen, but he used a ghoulish surreal-looking puppet as his tittering doom-heralding pseudopod.

Loosely based upon the maniacal exploits of Ed Gein, Leatherface took an interest in taxidermy and went south with the whole thing. The business-minded Leatherface figure is presented in its true glory, clad in the rotted-cheese texture of the stitch-banded dead skin mask and his long gore-slicked butcher’s apron. By all appearances reasonably articulated, he’s set in pursuit mode, brandishing his chainsaw.

Cannibalism was the long-standing family tradition for Leatherface and his few remaining relations. Prey was secured, usually in the form of transient elements or the straggler customers that showed up at the family gas station. Once the prey was secured, the festivities began. Only then would Leatherface ditch the butcher’s apron, putting on his Sunday best for the big meal. They gathered at the oblong table, ignoring all side dishes in favor of the main course. They brought Grandpa down stairs, a distinctly ancient carcass fortified by his strict liquid diet. Initially, Sally, one of the victims from the original movie, escaped, but she was completely deranged by then, and all efforts to locate the dissembled cannibal family she described proved to be fruitless.

Medieval Ash - The Army of Darkness

This version of Ash is the one occurring after his initial capture at the hands of the superstitious medieval rubes. At this point, he’s reemerged from the death-pit. He’s cleaned up a little. He’s wearing his travel cloak and back-mounted gun sheath. He’s equipped with his mechanical gauntlet hand and his S-Mart Special shotgun---and should conceivably come included with the Necronomicon as well.

During the close of Evil Dead 2, a spell ritual from the Necronomicon was used to banish the ravenous evil presence that had taken control of the woods. Unfortunately, Ash was drawn into the portal as well and deposited, along with shotgun, chainsaw and his car, in a medieval age largely unsympathetic to Ash’s past heroic deeds and subsequent plight. Here, the same noxious evil essence runs rampart over a much larger territory, oppressing Lord Arthur and all his subjects. Ash learns that the Necronomicon contains the means not only to neutralize the evil again but to send him back to his own time, provided of course that he dodges his vengeful doppelganger Evil Ash and remembers the magic words before he lifts the true book---one among two other demonic counterfeits---from its cradle.

Hannibal Lecter - The Silence of the Lambs

You have to love this guy. Irrepressible Hannibal “The Cannibal” Lecter was initially captured by Will Graham, prior to the events taking place in Red Dragon; in the process Graham nearly bought the farm. Lecter was eventually remanded to a Baltimore Hospital for the Criminally Insane, where he met that idiot Chilton. He would later be revisited by Graham during Graham’s investigation of the Red Dragon murders.

Later, in Silence of the Lambs, Lecter met his #1 girl, Clarice Starling, burgeoning agent for the FBI, this time in correspondence to the bizarre Buffalo Bill murders. In the book especially, Starling’s uncommon beauty and disarming vulnerability held a certain power over Lecter just as his influence insinuated Starling. Lecter eventually provided Starling with the clues she needed to find Buffalo Bill, but he did it in the roundabout way, which came with its own sort of price. Starling did ultimately recover the senator’s daughter and slam a barrage of slugs into the gruesome Jame Gumb, just even long after the fact, Lecter still held a certain level of power over her.

Ostensibly, the Cult Classics version of Lecter will be the straightjacket and mask ensemble, the Lecter lockdown mode used to nullify him during cell checks and during transfer. Even incapacitated, Lecter maintained the same level of sinister sarcasm and hypnotic presence. Why? Because true panache cannot be restrained. It exists independently. And Lecter’s got more panache than most.

He’s a complicated man, and no one understands him but his woman. It should be mentioned, in complete fairness, than some of his victims are far less than innocent. And it should also be mentioned that at the end of the Hannibal novel, Lecter ended up with his #1 girl Starling, just like he always knew he would.


BBTS is taking pre-orders for these now. 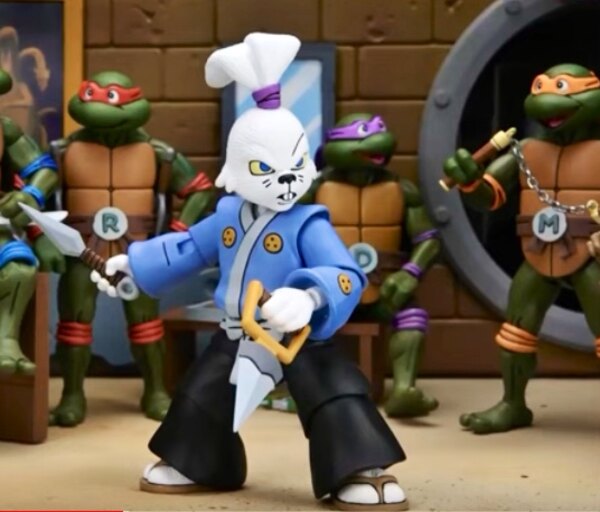