McFarlane
by Outsiders
December 08, 2007
The seventh Elvis Presley figure re-creates one of the seminal moments in his amazing career.

As the finale of the 1968 televised "Comeback" special, Elvis' performed "If I Can Dream." The song contained direct quotations from Martin Luther King, Jr., and was recorded two months after King's assassination.

Although not technically gospel music, Presley performed the song with the intensity and intonations of southern gospel. McFarlane Toys' recaptures the greatness and emotion of "The King" as he sings in the white suit fans associate with the song. 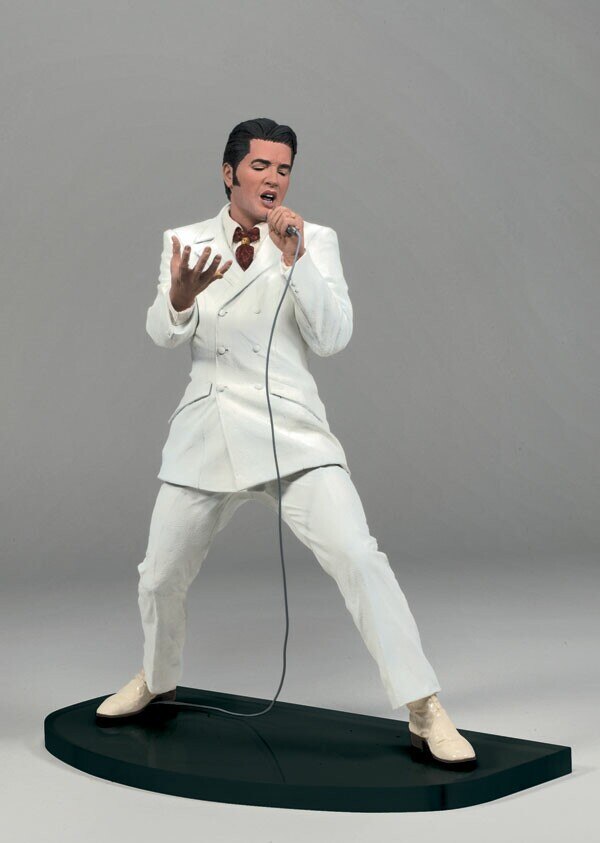