McFarlane
by Outsiders
August 08, 2011
They’ve been fencing and joking with each other on FOX for 17 years, but they actually met just once on the football field – Hall of Famers Terry Bradshaw and Howie Long come together once again this fall in our NFL Legends 2-pack. This set features the Steelers quarterback on the run, looking downfield as Oakland’s unstoppable rookie provides the chase.

Most football fans know Terry and Howie as the two ever-present hosts on FOX NFL Sunday, the revolutionary pre-game show that first arrived in our homes back in 1994. Plenty of other talented broadcasters and comedians have rotated through the FOX desk (James Brown, Curt Menafee, Joe Buck, Ronnie Lott, Michael Strahan, Jimmy Johnson, Cris Collinsworth, Jimmy Kimmel, Frank Caliendo, and Jillian Barberie) but only Long and Bradshaw have been there non-stop since the very beginning. 1994 wasn’t the first time these two football legends stared across at each other…

The Steelers and Raiders forged one of the NFL’s best-ever rivalries through the 1970s, and had split the last two NFL championships when they met on Monday Night Football December 7th, 1981. Pittsburgh had won three straight games to improve to 8-5, while Oakland had alternated wins and losses for seven straight weeks to pull into the matchup at 6-7. First-round pick Howie Long hadn’t cracked Oakland’s starting lineup yet, but was playing in every game, while Steelers quarterback Terry Bradshaw was trying to extend a Steelers dynasty that saw them win four Super Bowls in the previous six seasons. A furious fourth quarter comeback led to a dramatic 30-27 victory…

…for the Raiders. So although Terry Bradshaw has four Super Bowl rings to Howie’s lone title, the Raider legend can always lean on winning the only matchup between the two. Look for our NFL Legends 2-pack this September at your favorite SportsPicks retailer.
Image 1 of 3 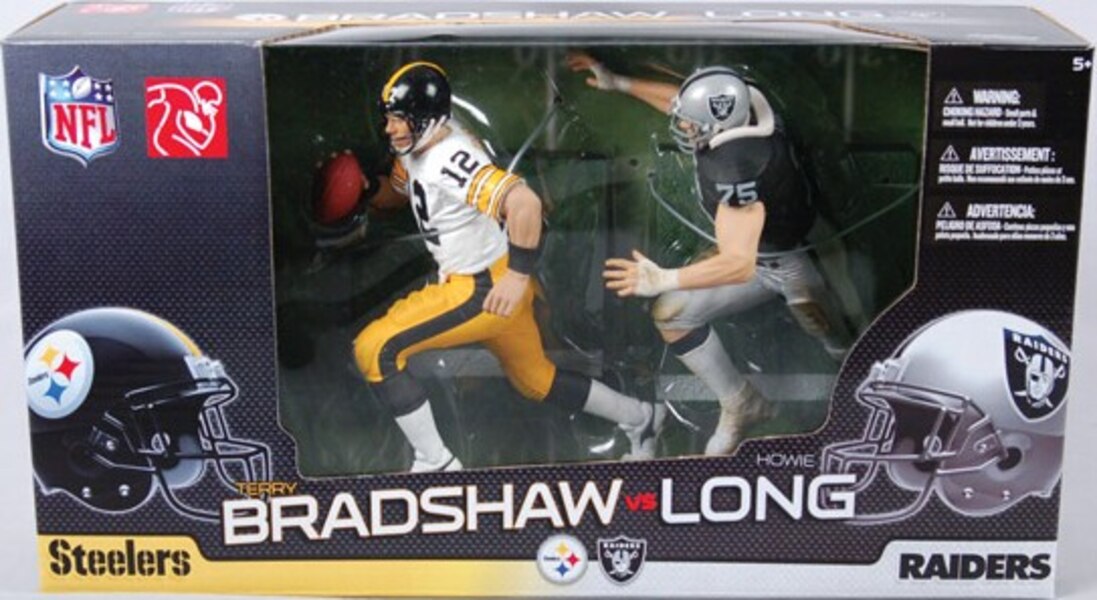 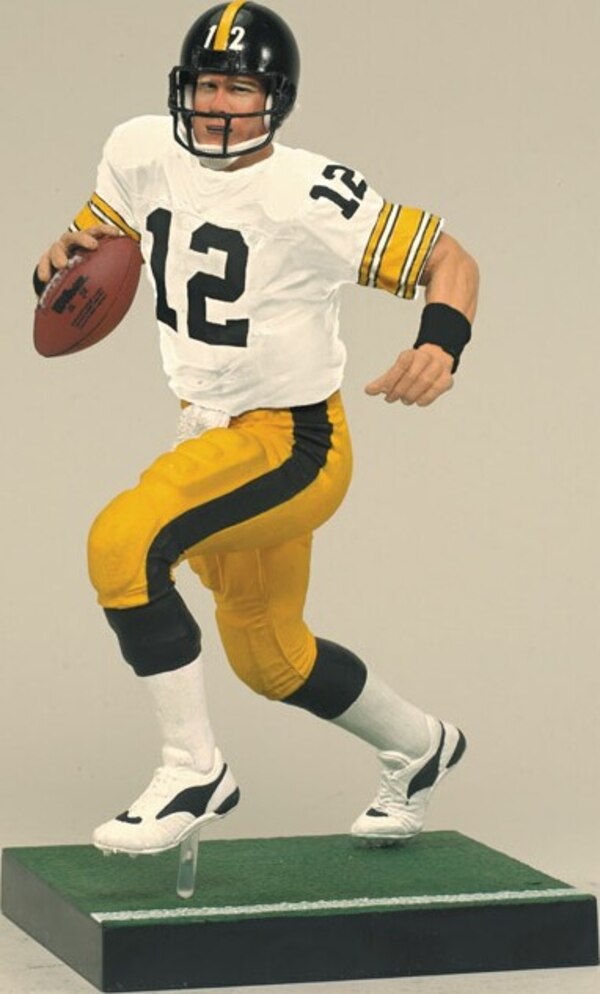 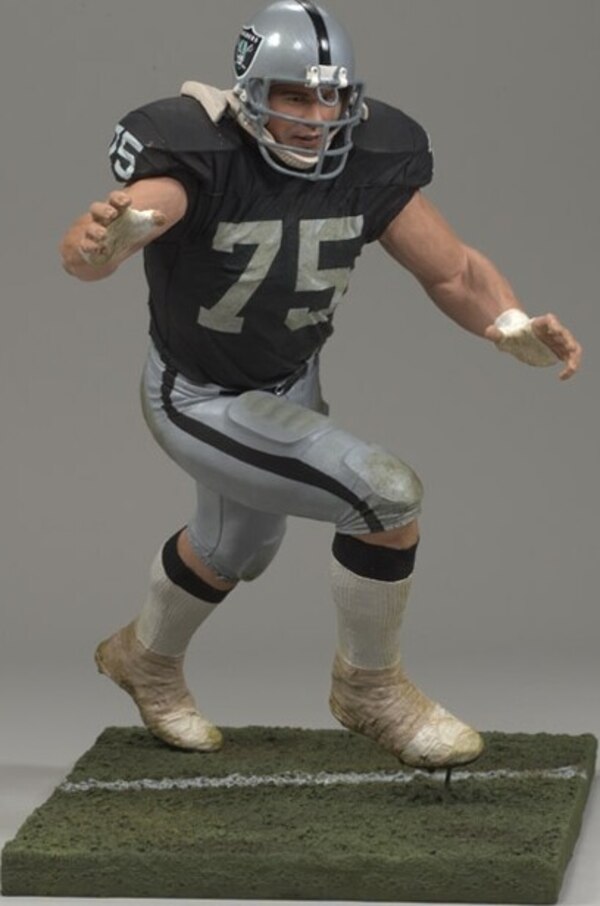