McFarlane
by Outsiders
March 23, 2015
As teams battle out for spots in the 2014-15 NBA postseason, NBA Series 26 will provide plenty of all-star power to your collection this April. This series includes the #1 and #2 draft picks in the 2014 NBA Draft, two perennial All-Stars, a newly crowned NBA champion, and one of the most colorful players in the entire league.

CHRIS ANDERSEN
Simply known as "The Birdman," Chris Andersen, of the Miami Heat, makes his SportsPicks Debut. Andersen has been an integral part to the Heat's recent post-season success and is truly one of the most unique players in the league. Wearing his black road uniform, Andersen is showcased with all the color and flair that he is known for!

BLAKE GRIFFIN
The All Star power forward for the Los Angeles Clippers is back in the lineup again and ready to crash the boards. After a stellar 2013 season, the five-time NBA All-Star is averaging 22.2 points and 7.7 rebounds a contest. This high flying dunk artist can be seen in his blue uniform.

LEBRON JAMES
Back in the line-up is 4-time NBA MVP LeBron James. James made headlines this past offseason, choosing to return to his home state of Ohio and sign with the Cleveland Cavaliers. With a super team built around him, the fans of Cleveland basketball once again have hope for the future. LeBron is sporting the Cavaliers home white uniform.

KAWHI LEONARD
Making his SportsPicks Debut in this lineup is one of the best two way players in the NBA, San Antonio Spurs’ Kawhi Leonard. Known for his relentless defense and ability to come up clutch in the post season, Leonard captured his first NBA Championship last season, along with the Finals MVP award. Leonard is featured in his black uniform.

JABARI PARKER
A highly touted prospect out of Duke, Jabari Parker was selected by the Milwaukee Bucks with the second overall pick in the 2014 NBA draft. The up and coming star forward can be seen in his white home uniform.

ANDREW WIGGINS
Canadian star Andrew Wiggins was selected by the Cleveland Cavaliers as the first pick in the 2014 NBA draft and subsequently traded to the Minnesota Timberwolves. Averaging 15.7 points a game so far this season and winning the first four rookie of the month awards, Wiggins seems to playing up to the hype. Wiggins is showcased in his white uniform.

The Collector Level Program in NBA 26 is busting out!! Blake Griffin has a BRONZE figure wearing his red uniform. There are three SILVER level figures - Leonard in his white uniform with the NBA Championship trophy, Andersen wearing his white home uniform, and LeBron sporting his alternate CAVS gold jersey. Jabari Parker represents the lone GOLD level figure, shown in the Bucks away uniform and Andrew Wiggins has an extremely rare MVP figure, decked out in his Timberwolves blue.

TIM DUNCAN COLLECTORS BOX
Tim Duncan will go down as one of the greatest players in the history of the NBA. The dominant power forward has been the centerpiece of the San Antonio Spurs for the past 17 seasons, accumulating two MVP awards, along with five NBA Championships.

The "Big Fundamental" excels at both ends of the floor. Whether it is his adept passing out of the block, his legendary bank shots, or his exceptional and savvy defense, Duncan is a true maestro of the game. His work ethic and team-first attitude have "Spurred" success for both Duncan, his teammates, and the franchise.

This figure celebrates one of the most decorated and acclaimed players In NBA history. Tim Duncan is showcased wearing his white uniform from the 2014 NBA Finals and includes two NBA MVP trophies and five NBA Championship trophies. Each figure is individually numbered, with only 6,000 total pieces made and packaged in the 'Collector Box' style packaging!

The Tim Duncan Collector's Box will be available this April.
Image 1 of 19 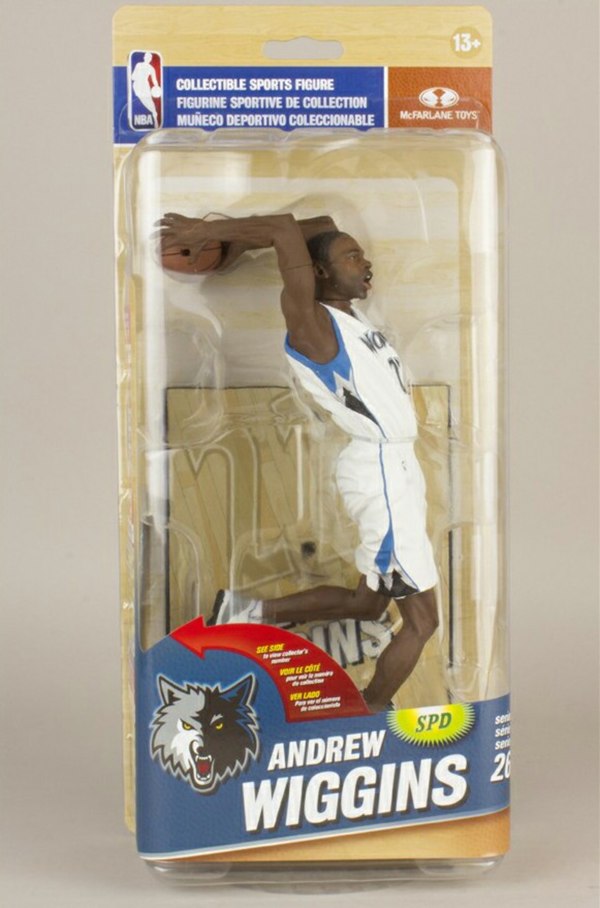 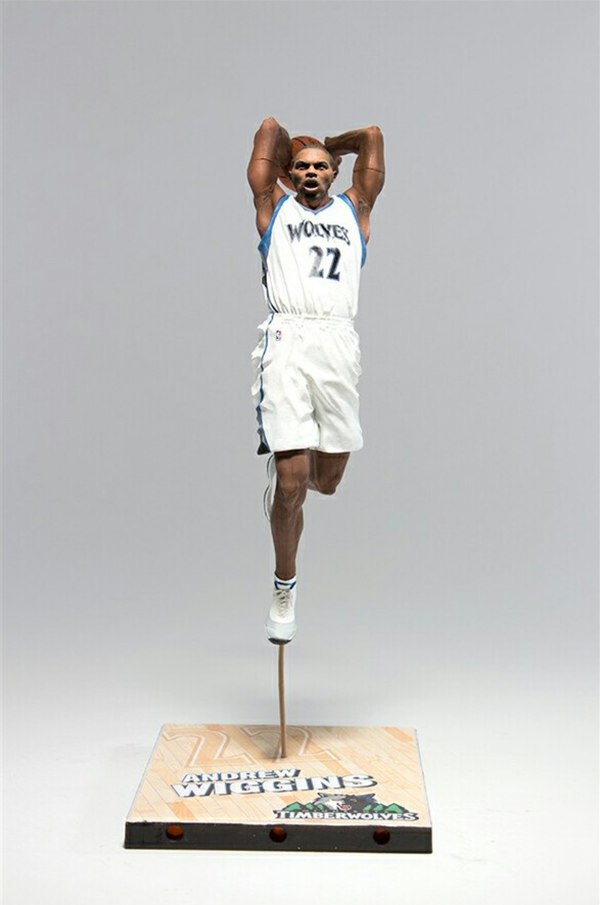 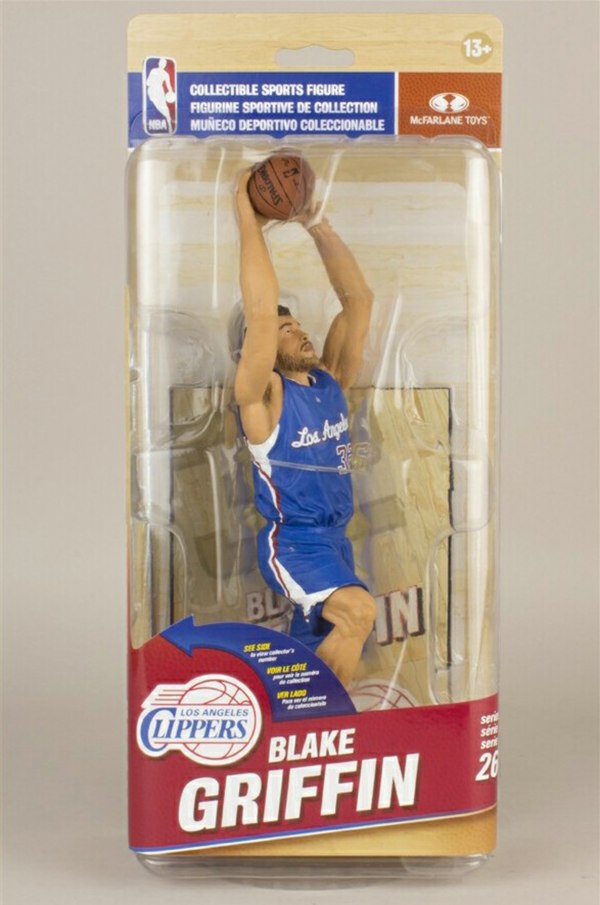 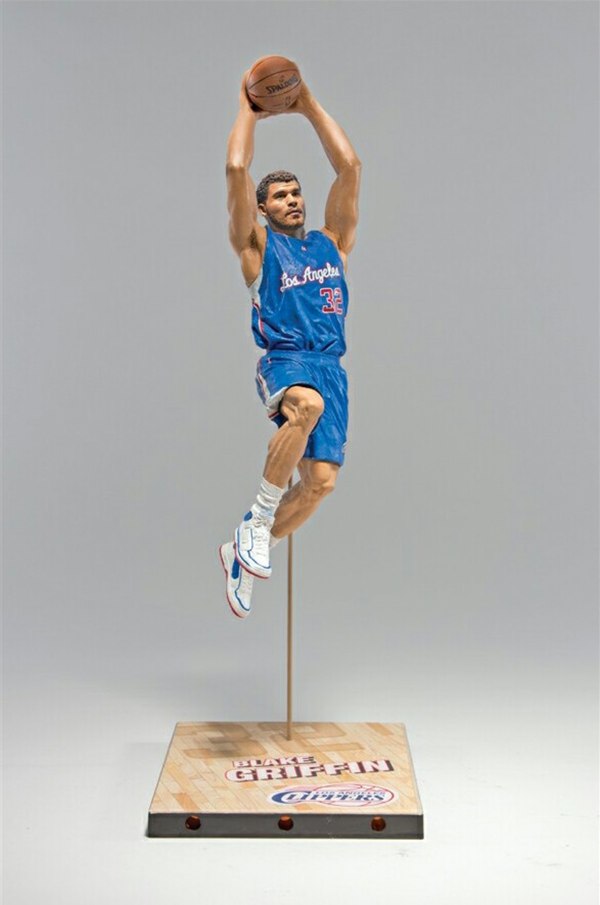 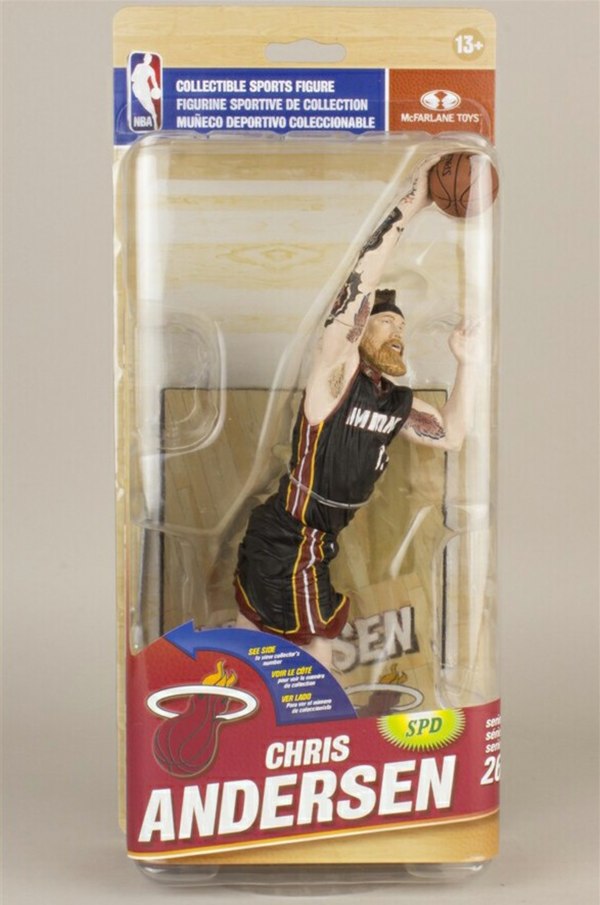 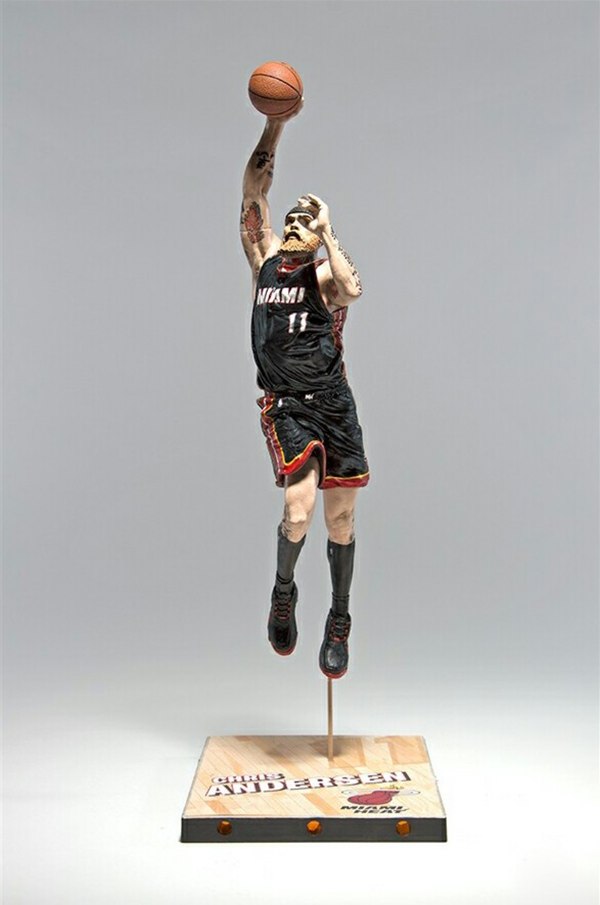 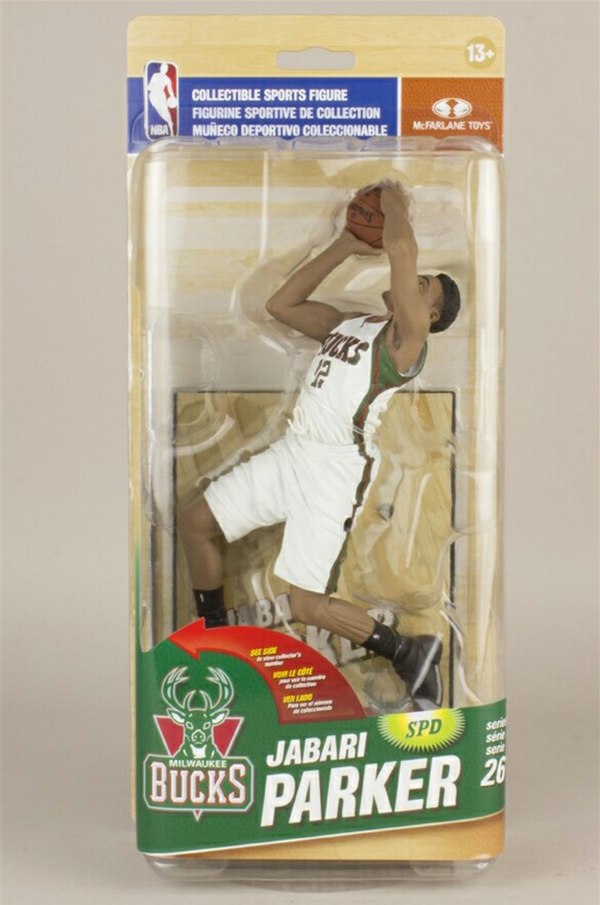 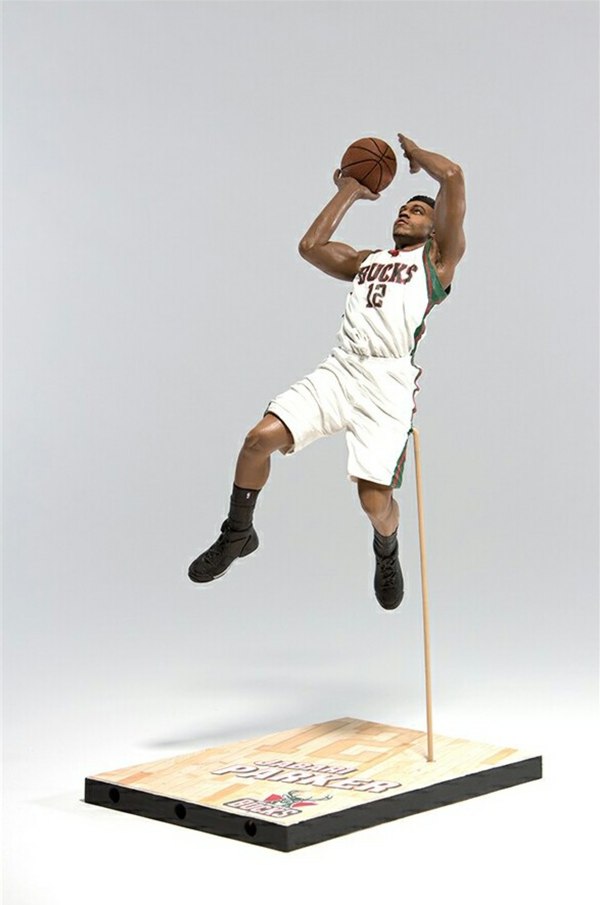 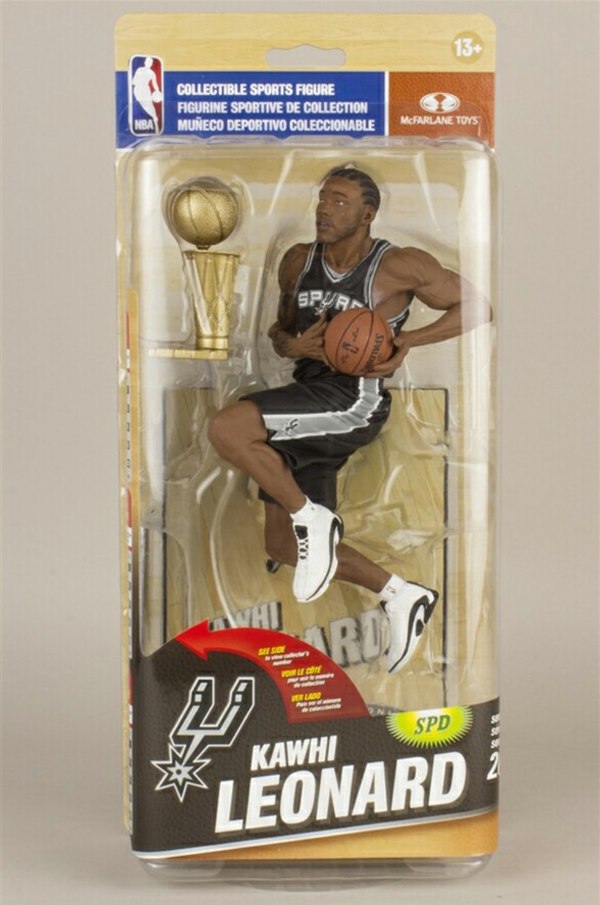 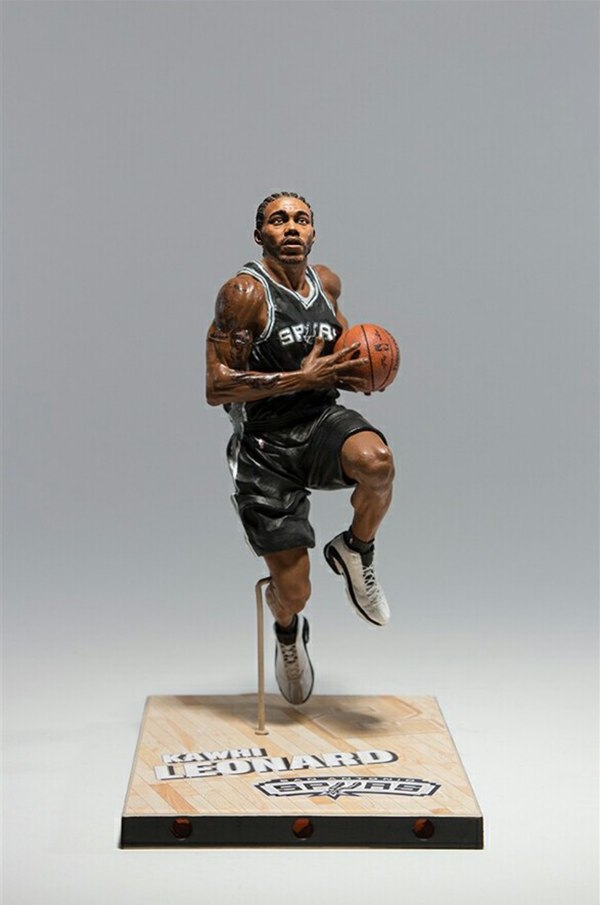 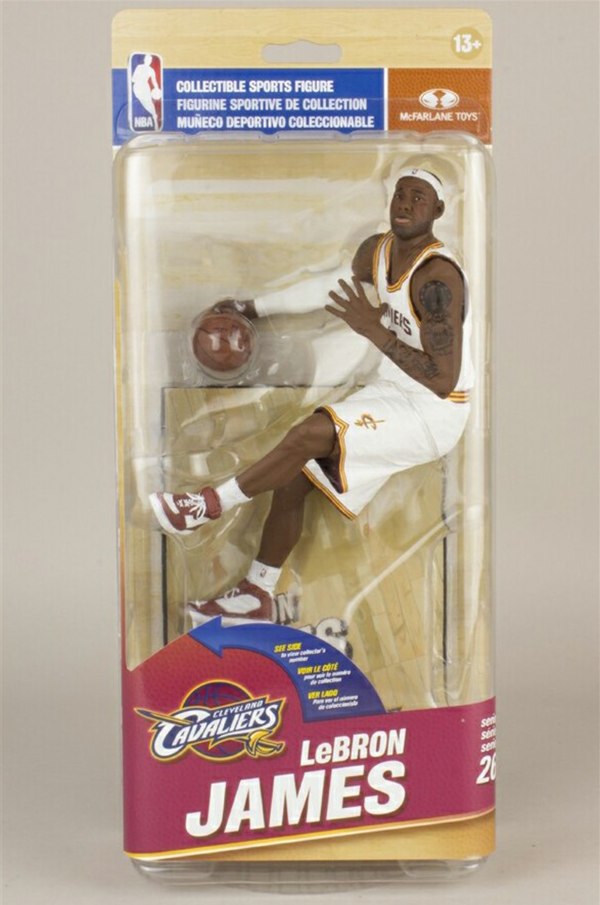 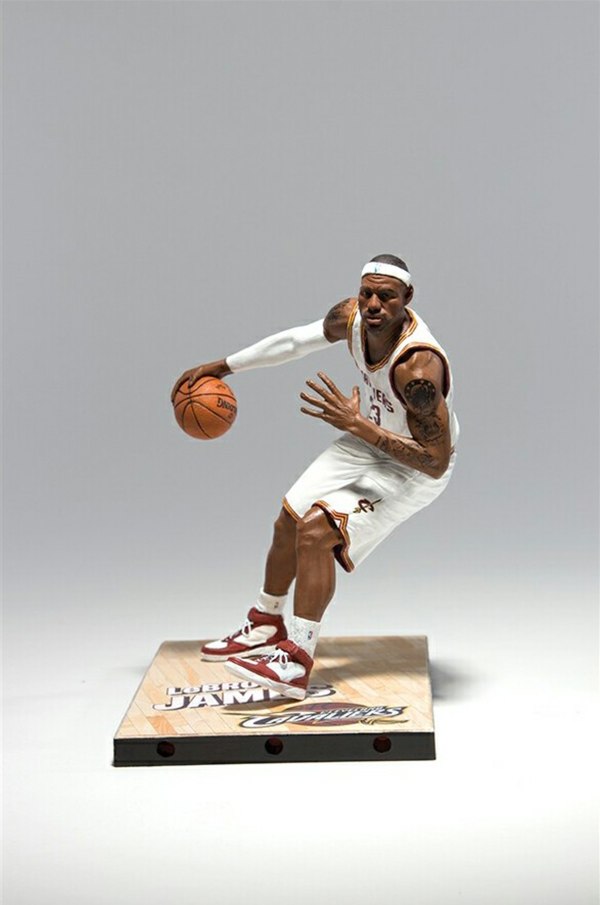 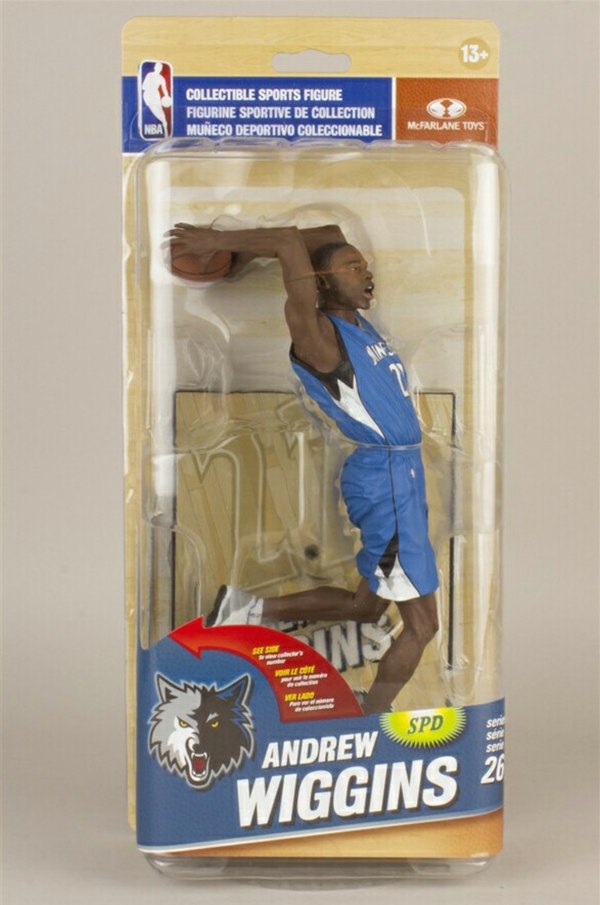 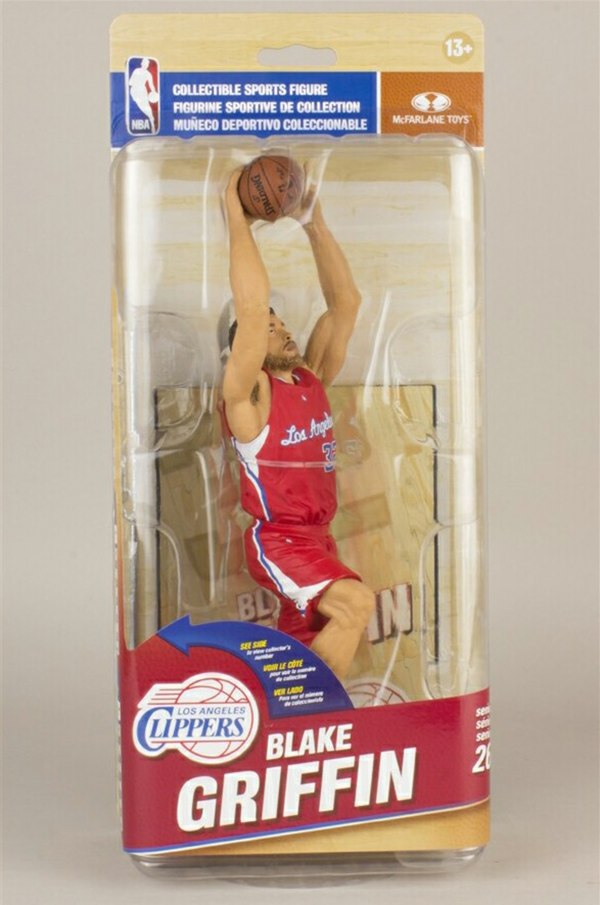 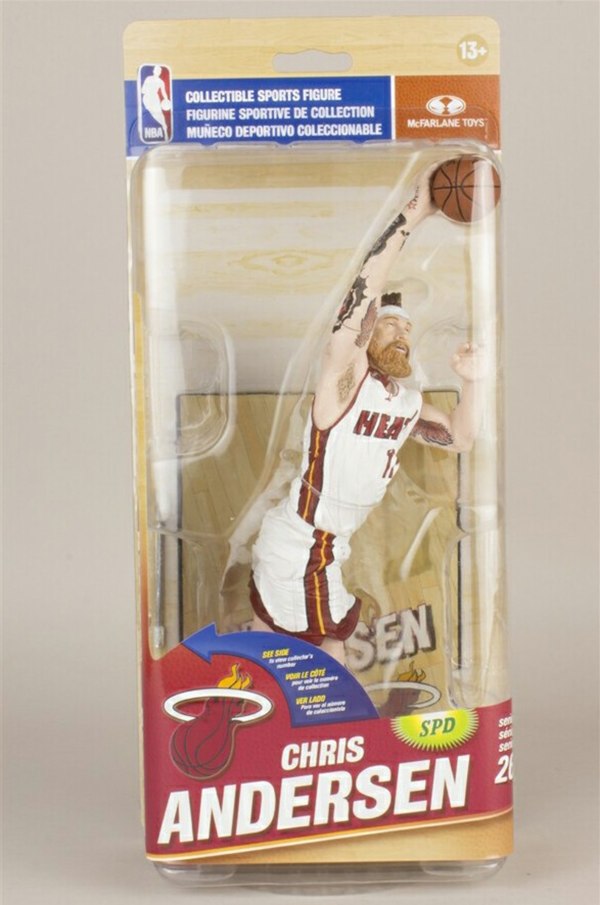 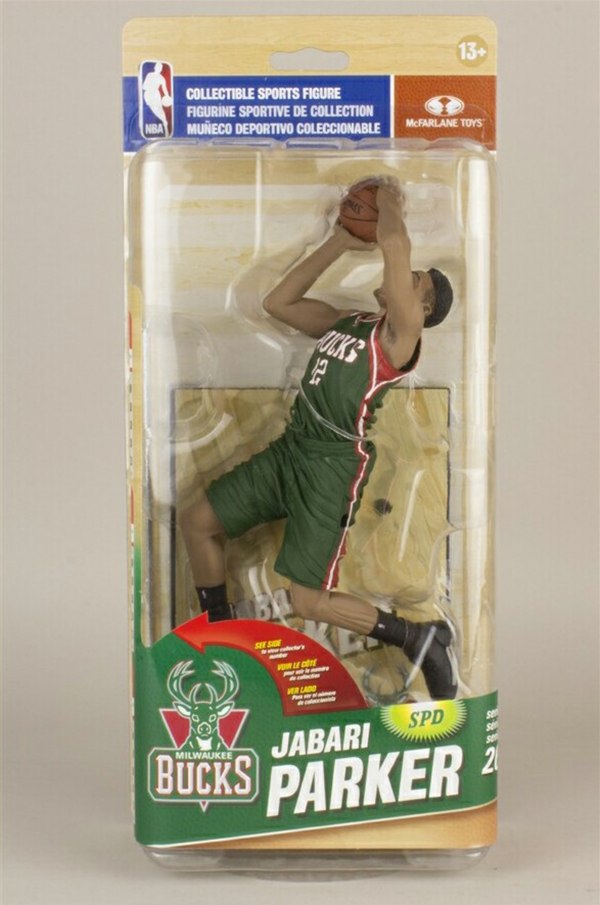 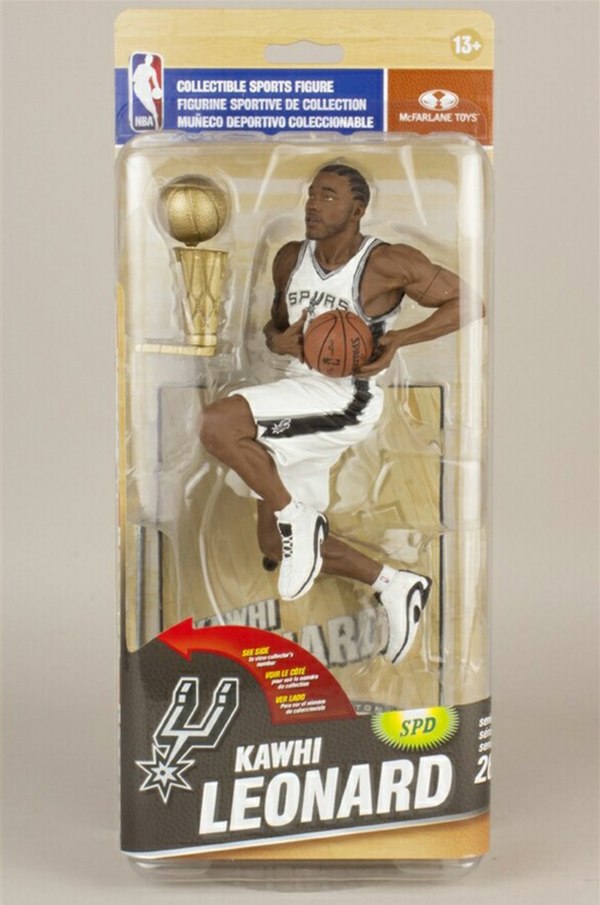 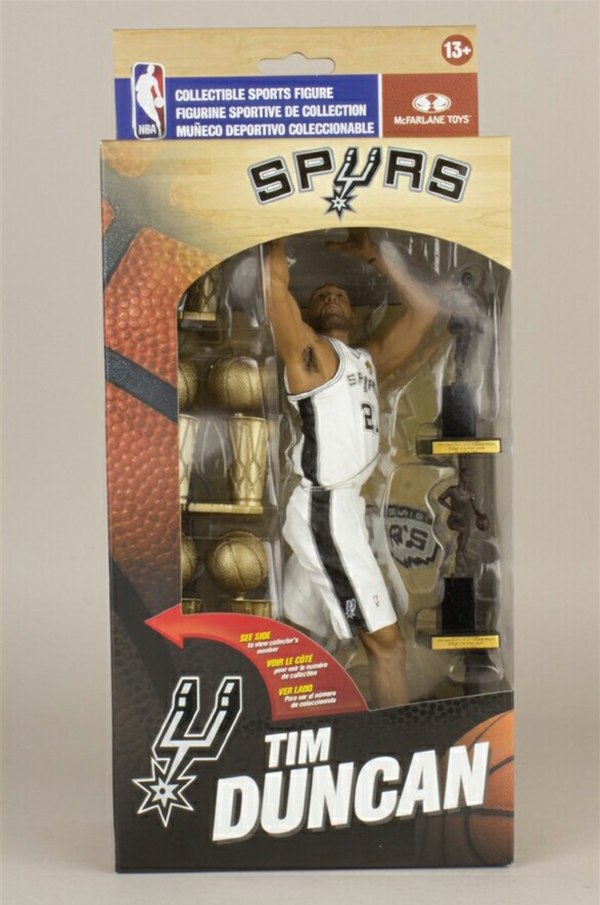 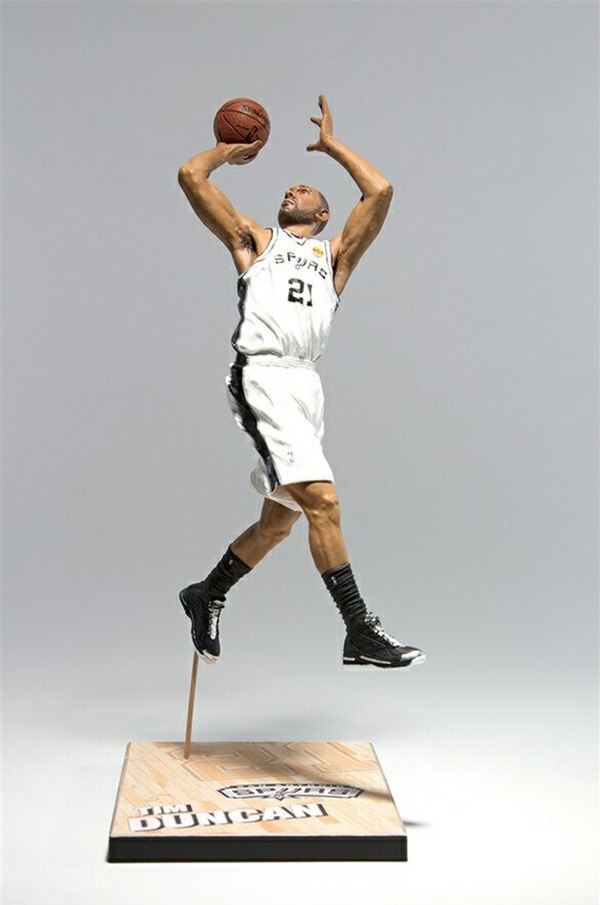