McFarlane
by Jay Cochran
August 06, 2016
Shown below in our GALLERY are new images for the 5th series of comic book based Walking Dead figures from McFarlane Toys. This wave includes the following figures:

Negan - Imprisoned
Rick Grimes keeps his promises, and in an attempt to turn over a new leaf of not killing, Negan remains imprisoned for his crimes against Alexandria. That doesn’t stop wise cracking Negan from trying to talk his way out from behind those prison bars. However to no avail has his attempts to earn Rick’s trust earned him his freedom. But in a world filled with constant dangers, sometimes you have to fight fire with fire, and maybe one day Rick will free Negan as he is the lesser of two evils. Figure features the infamous Negan dressed in his prisoner outfit, with long hair and grown out beard. Comes with 22 Points of articulation, his bat Lucille, a bucket, and a severed Ken head on a stake with base, as homage to the recent events in the comic.

Glenn
One of the original survivors from Atlanta, Glenn was famous for putting himself in danger for the necessity of his group. Whether this was running for supplies, or diving in head first into a fight, he was always there to keep those he loved safe. This aspect made him one of Rick’s closest and most dependable friends. Unfortunately no one is truly safe in this harsh world. Despite surviving countless dangers, Glenn meets his demise at the hands of Negan, when he and the group was captured while he was on his way to make a new home in Hilltop for his family. One of the most tragic deaths in the entire Walking Dead Series, his death was a catalyst for the war and chaos soon to follow. Figure features fan favorite Glenn dressed in his classic outfit with a jacket and baseball cap. Comes with 22 Points of articulation, an alternate smashed-in head, an axe, and a severed Rosita head on a stake with base, as homage to the recent events in the comic.

Shane
Former Sheriff Deputy along with Rick Grimes, Shane was responsible for keeping Lori and Carl Grimes safe when the outbreak occurred. When it became apparent Atlanta was lost to the Walkers, Shane took the two and settled on the outskirts of the city joining up with Dale and his band. As an authority figure he became the de-facto leader of the group. Shane acted on his long time feelings for Lori, as they both assumed Rick was probably dead. However when Rick showed up, Lori confessed it was a moment of weakness and a mistake. His obsession with Lori greatly impacted his emotional state and caused him to pit himself against his former friend. Eventually the tension grew too high between the two, and Shane attempted to kill Rick. Before Shane could act, he was shot and killed by Carl Grimes trying to protect his father. After Rick later learns everyone is infected he returns to Shane’s grave to find him reanimated. He shoots him in the head thus ending his second life. Figure features Shane dressed in his police uniform and baseball cap. Comes with 22 Points of articulation, an alternate zombie head, his signature shotgun, and a severed Oscar head on a stake with base, as homage to the recent events in the comic.

Lydia
Daughter of Alpha, the mysterious leader of the Whisperers, Lydia was cloaked in zombie skin sent out with her companions to dispatch Jesus’ group under the cover of average Walkers. However at the death of her companion Joshua she was quickly found out to not be your average undead corpse when she shouted his name. Jesus defending himself from her, wounds her. Shocked by the whole thing Lydia begs for her life and is taken to Hilltop. There she divulges about her group who hide amongst the Walkers, living more like animals than actual humans. Developing a strong emotional and physical relationship with Carl Grimes she turns away from her mother and her group wanting to live a human life and not that of a Whisperer. Unfortunately this puts her right in the crosshairs of those she turned against, and those whom her mother has hurt. Figure features Lydia dressed in her walker hide, a key attire to the Whisperers. Comes with 22 Points of articulation, an alternate walker hide head, a knife, and a severed Ezekiel head on a stake with base, as homage to the recent events in the comic.

Check out the images below.
Image 1 of 4 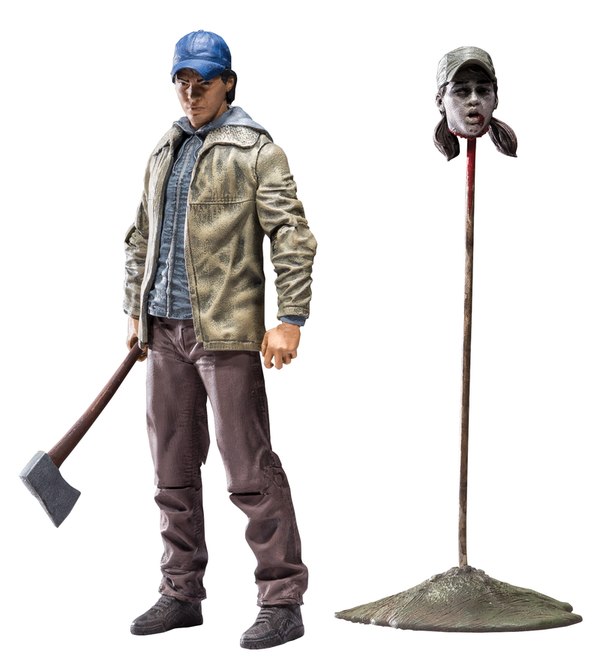 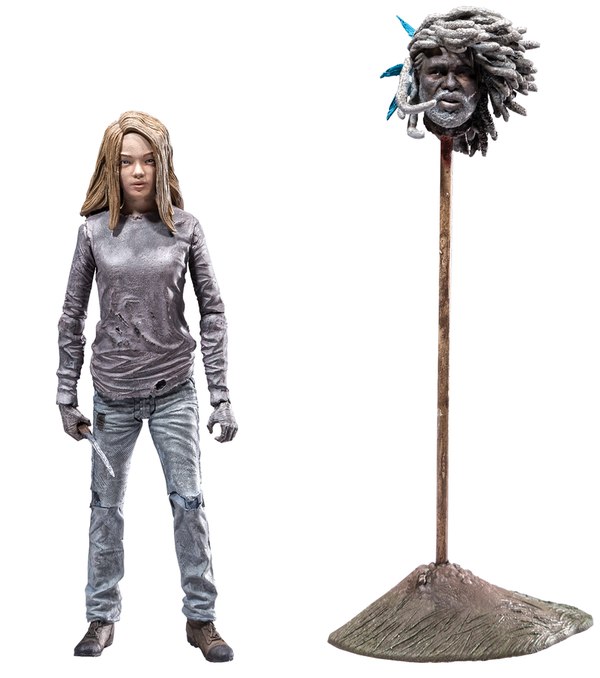 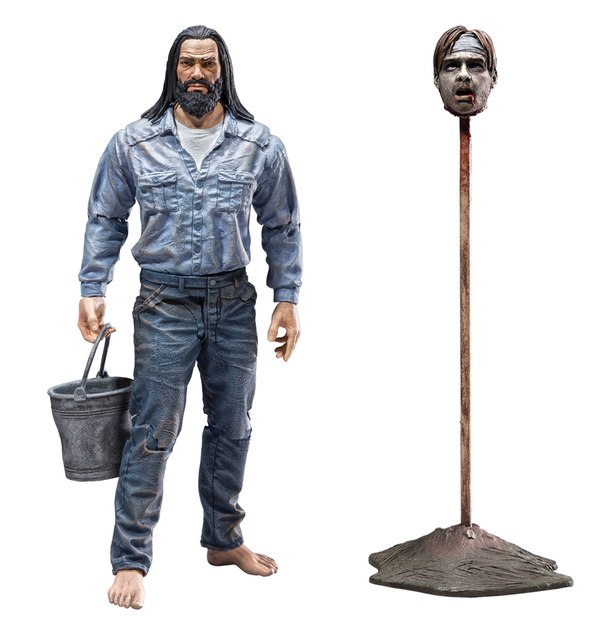 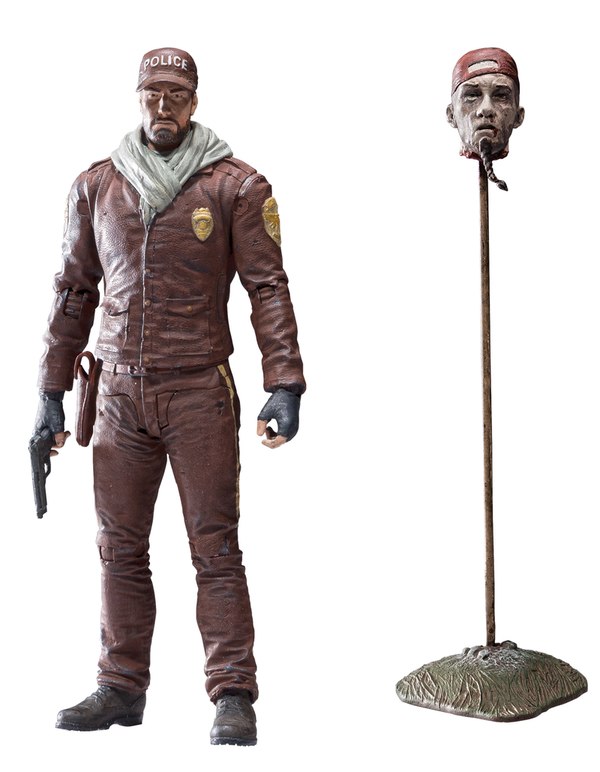